Drifting may stop during the winter in many parts of the world but here in the UK its not usually too cold so the main competition events take a break until the spring, practice days and some smaller competitions continue through. King of the Ring is one of those events, we headed down to Arena Essex to take a look during their Christmas Special. 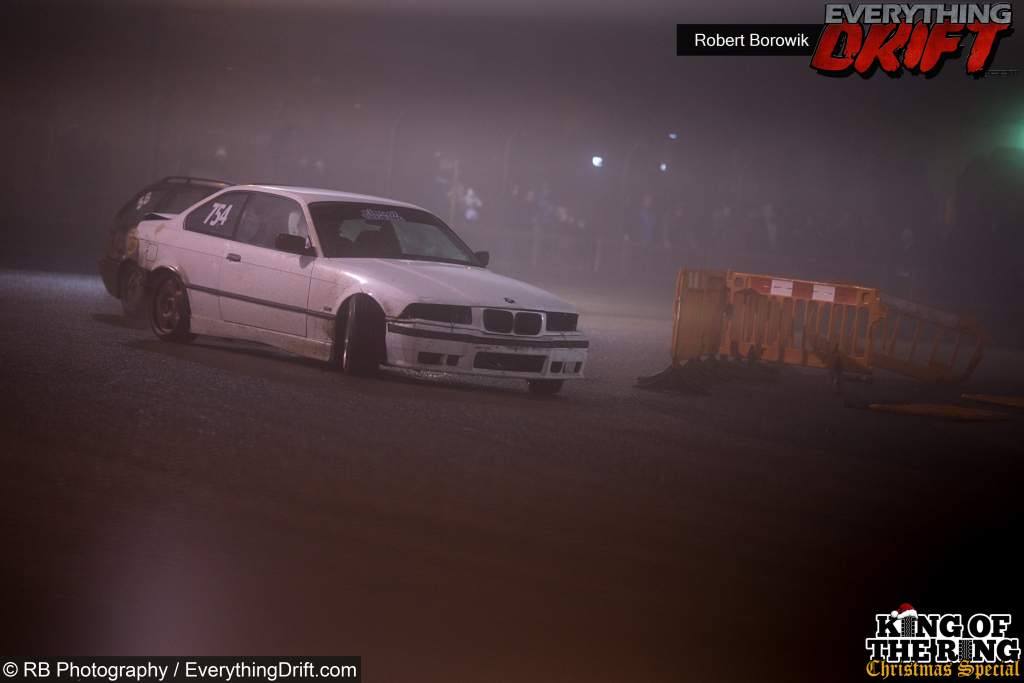 Arena Essex is an oval, a little more than an 1/8th mile in length. A series of 9 clipping points around the wall and on the transitions on the straights gave the drivers a challenge, being close to the clips is rewarded, hitting the wall can potentially wreck your car. 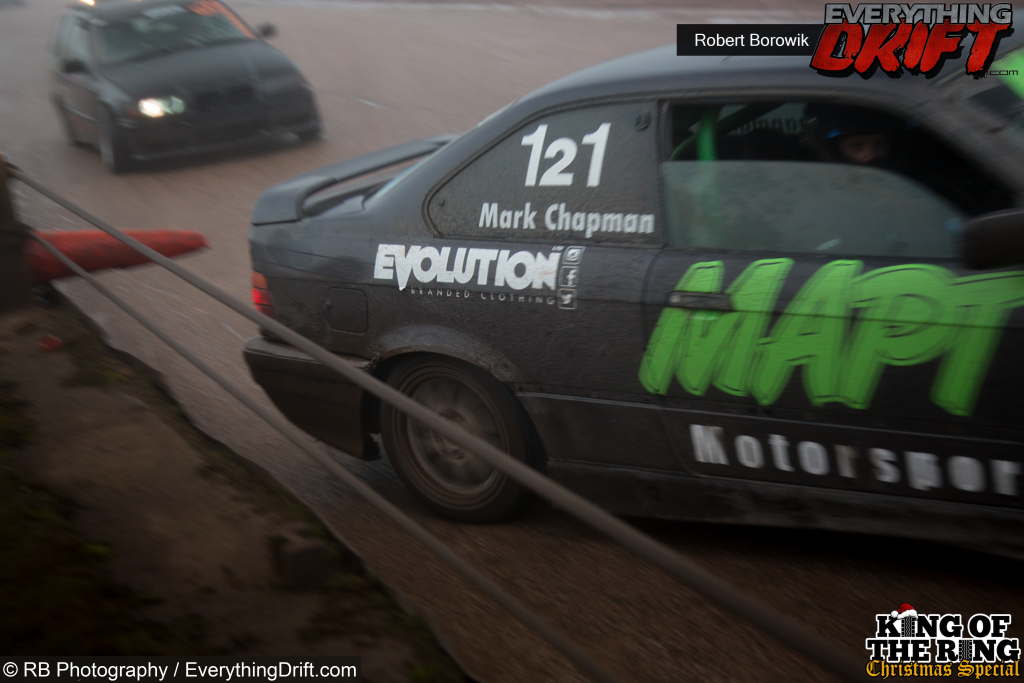 Several drivers made impacts with the wall early in the day, it didn’t dampen their spirits and every car that we saw crash made it back out later in the day to continue drifting. 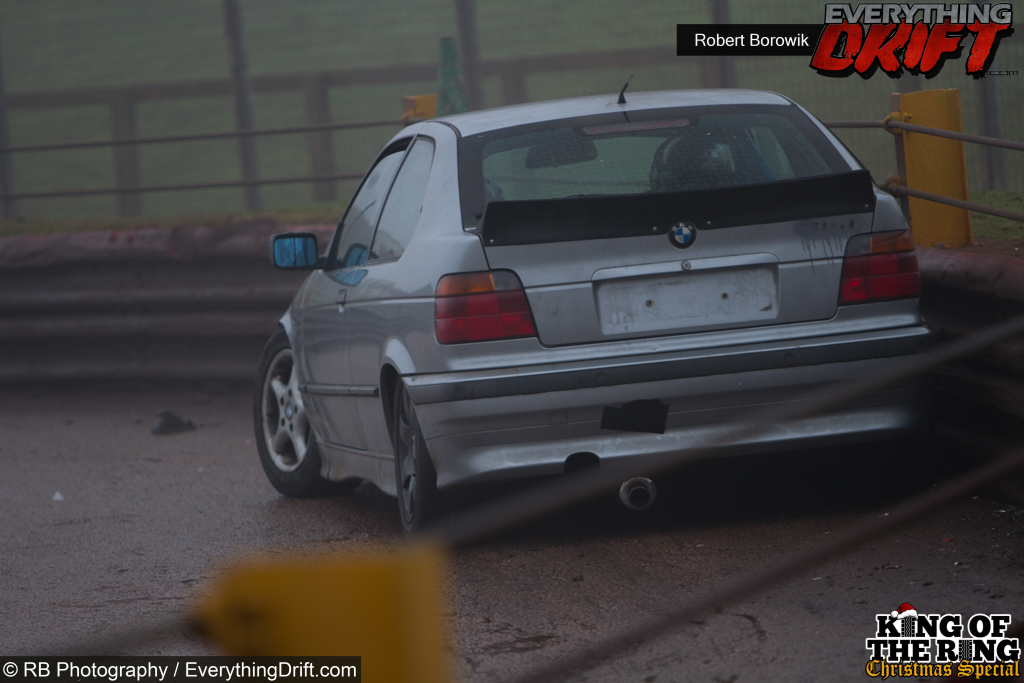 The drivers fall into the category of entry level drifters or drivers with more experience that just want to go out on track and have fun, a few BDC drivers were also present in their practice cars. 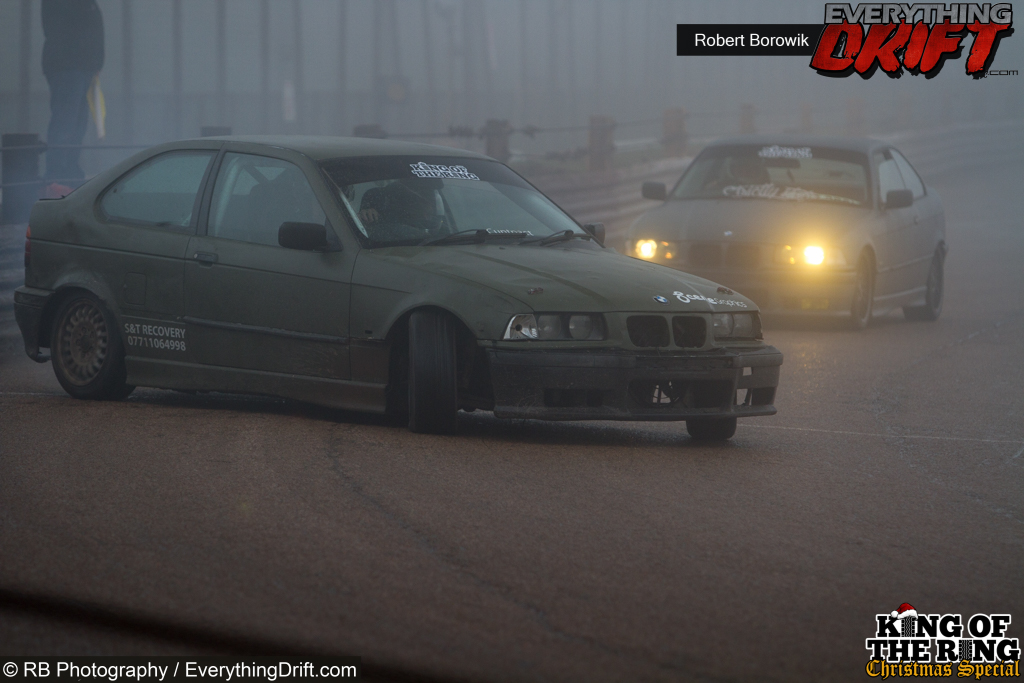 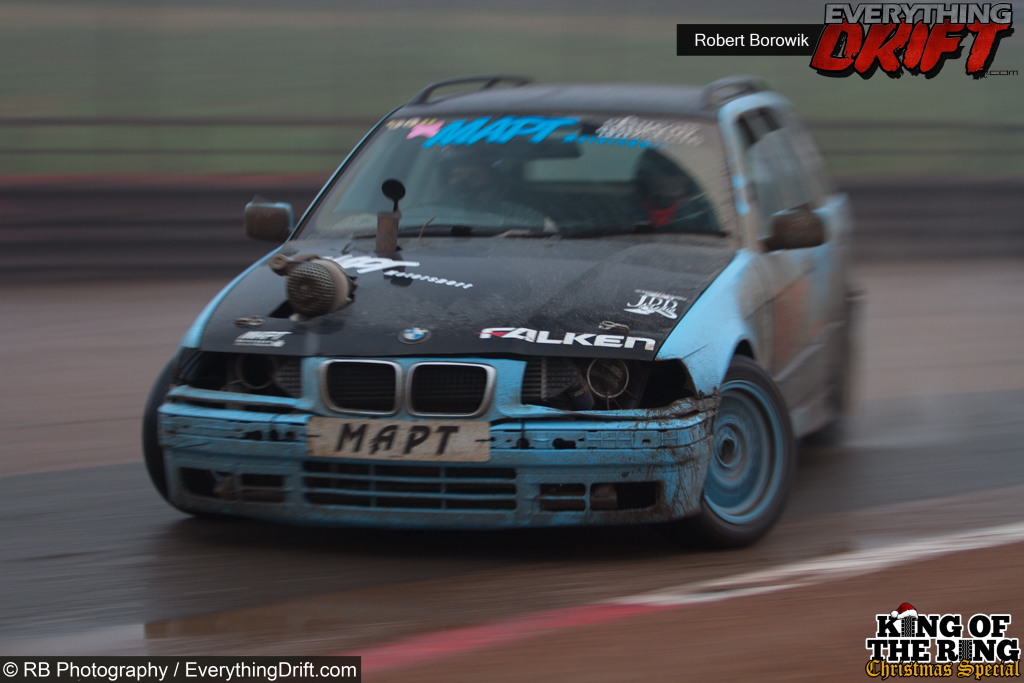 It’s a great place to watch some of the talented drivers that may one day become champions, Danny Grundy is a great example of this, he has been drifting here for years and now he is the BDC Pro Am Champion. 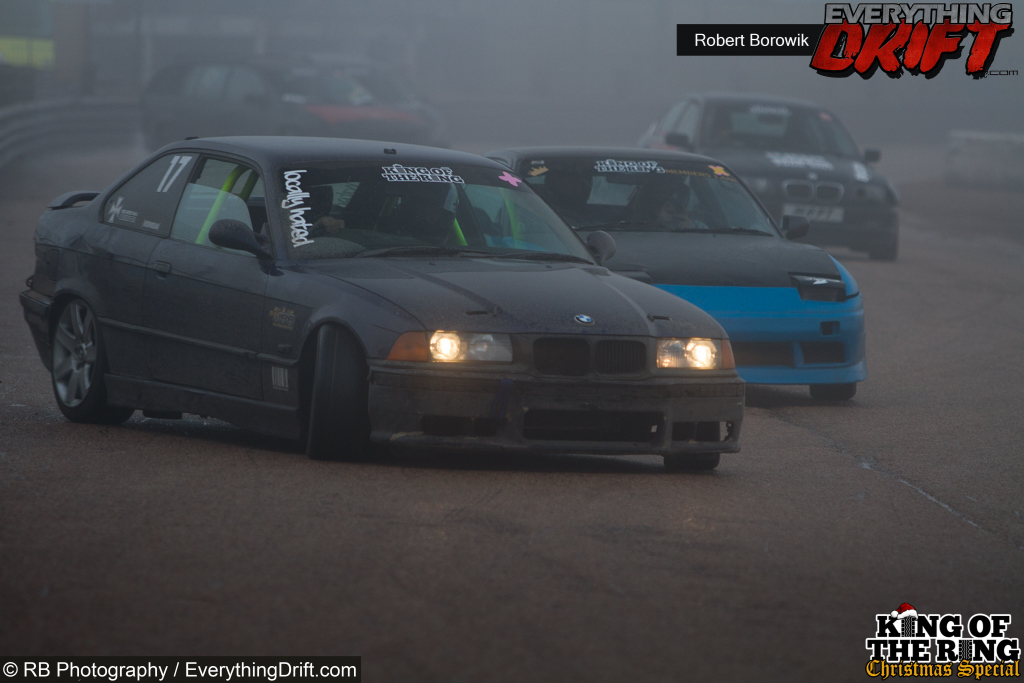 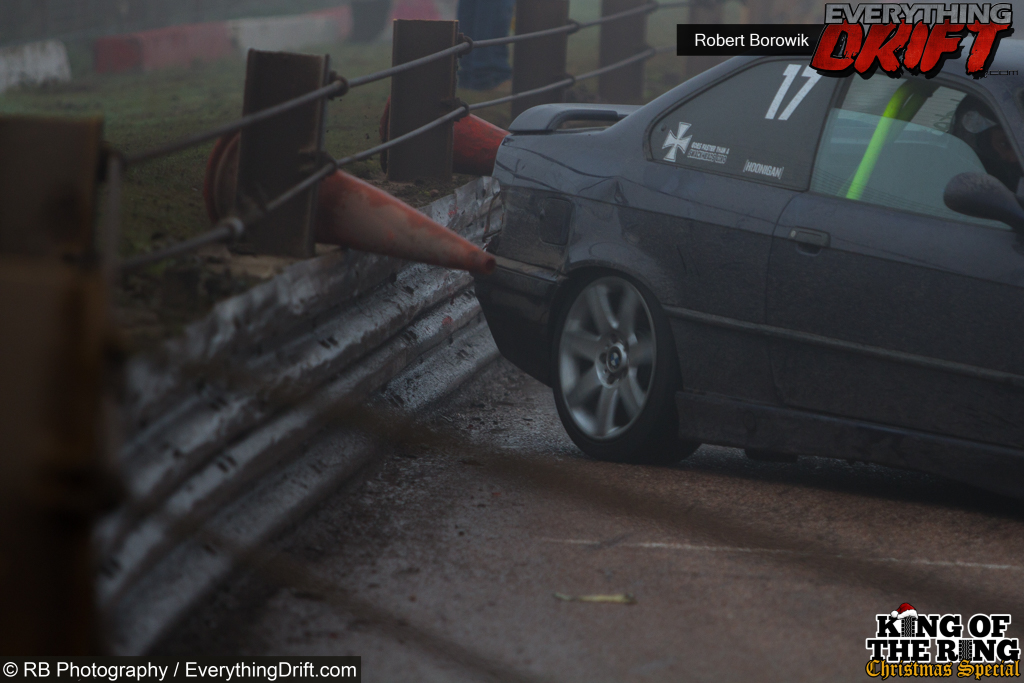 As the day faded into night we headed down into the paddock to take a look around, several cars were having work done to them to keep them on track. 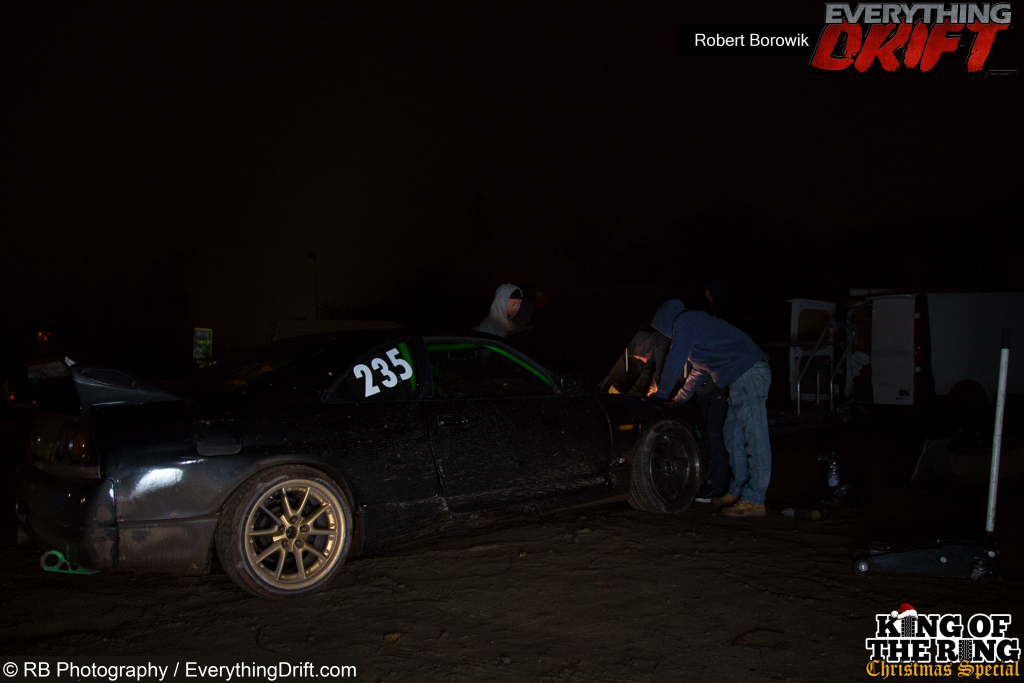 A quick look around the show cars followed before heading back out to the track in time for qualifying. 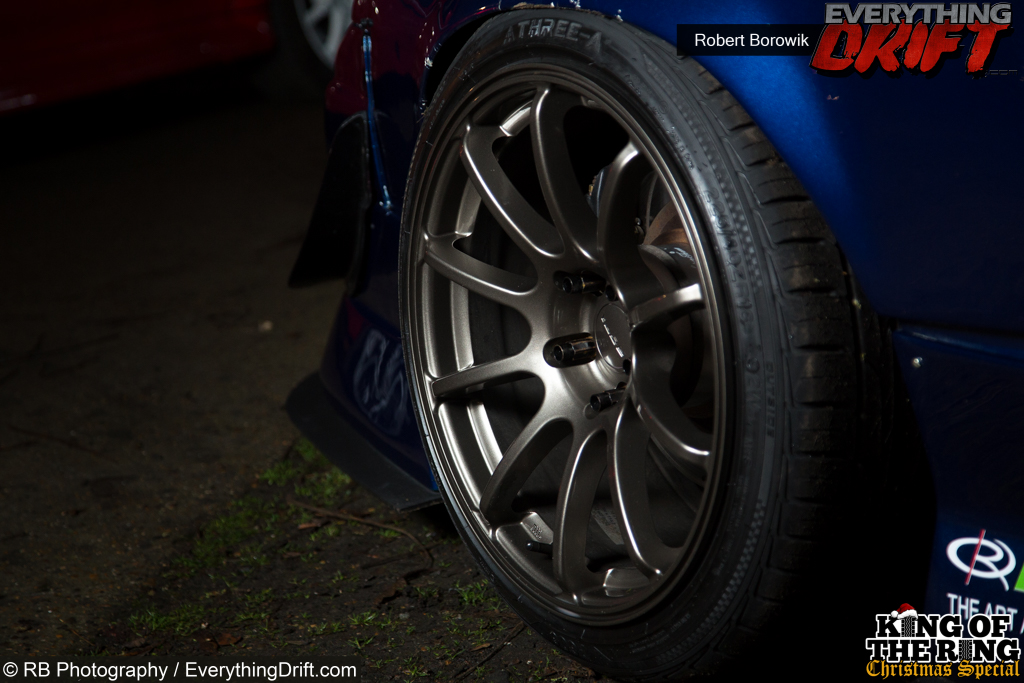 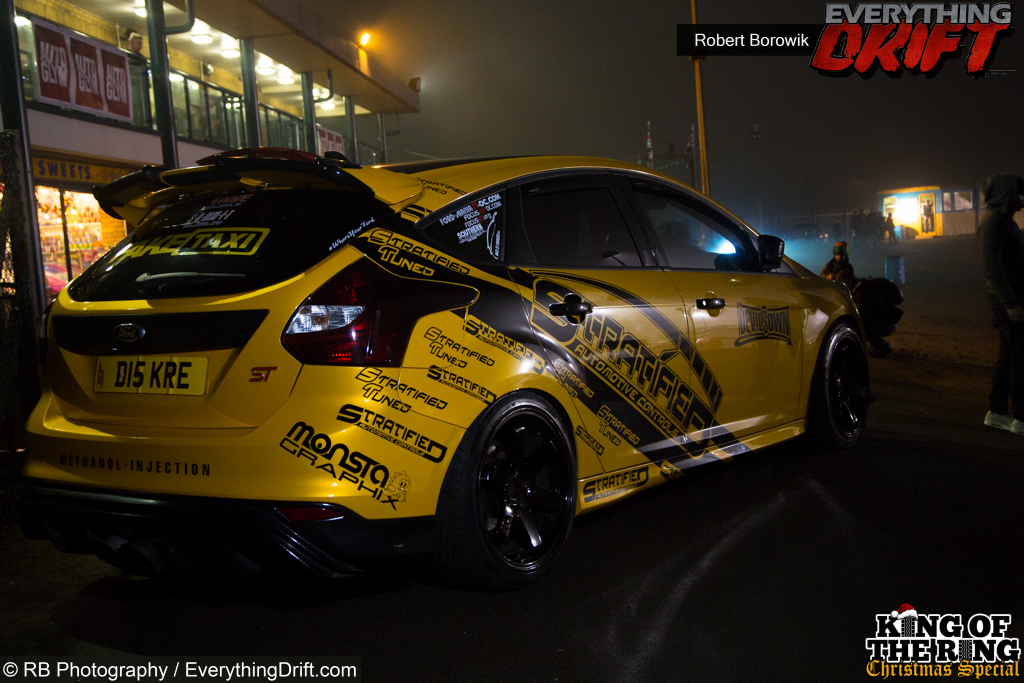 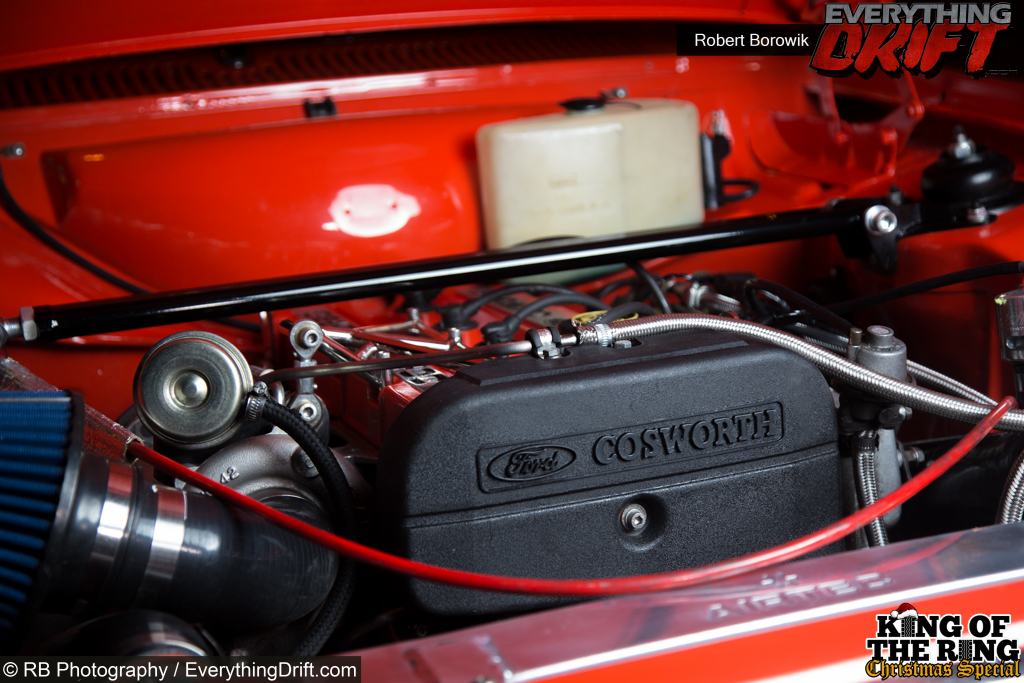 Each driver had two attempts to impress the judges after which the top 32 drivers would be going through to the battles. 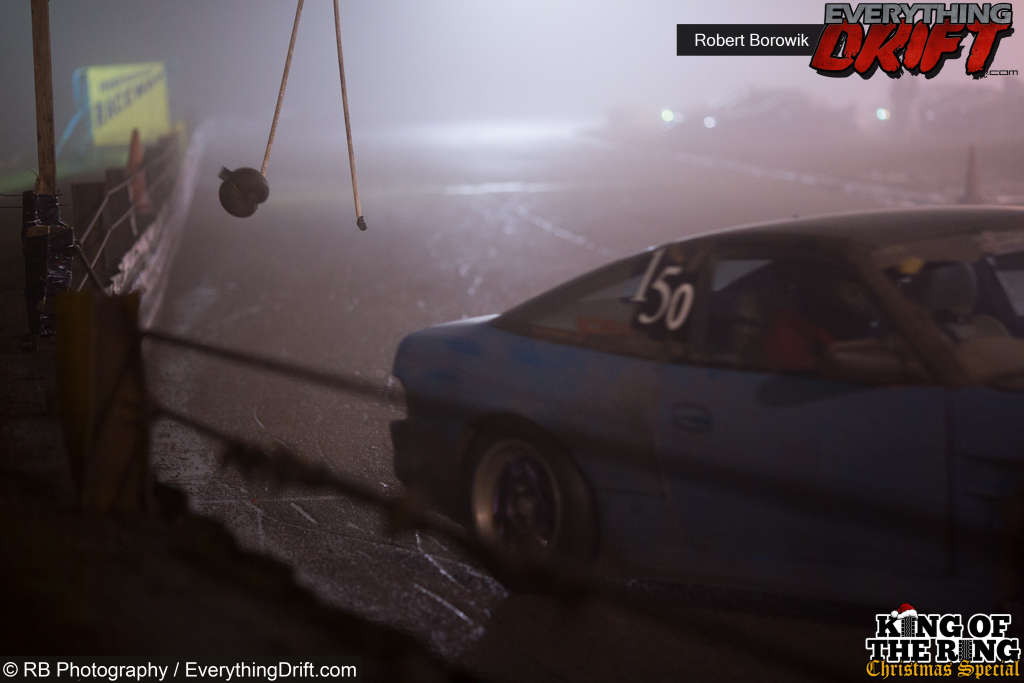 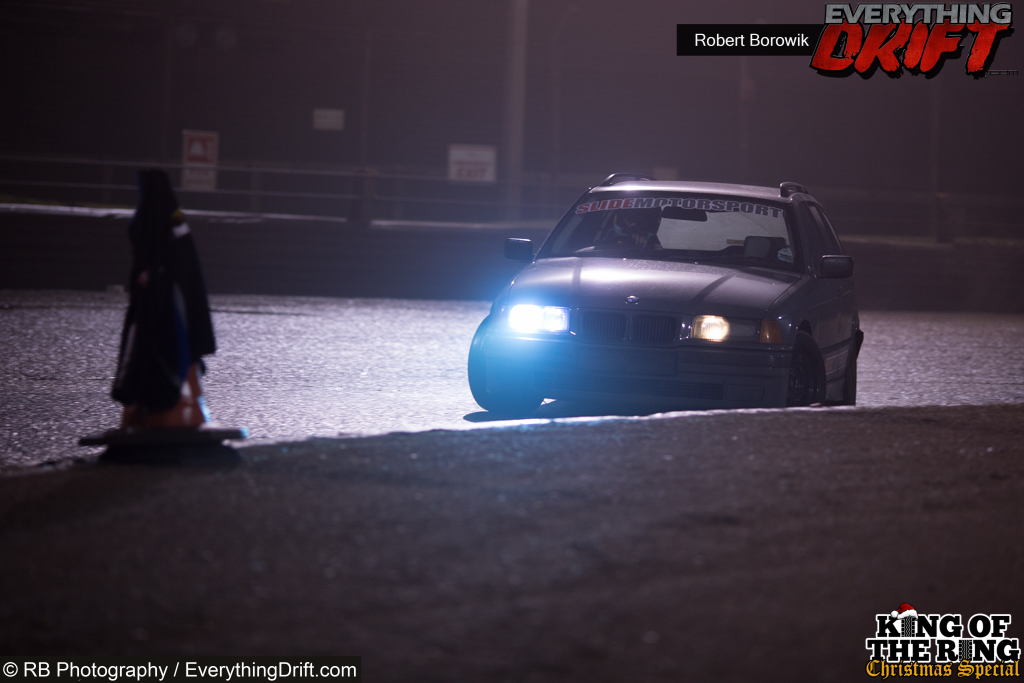 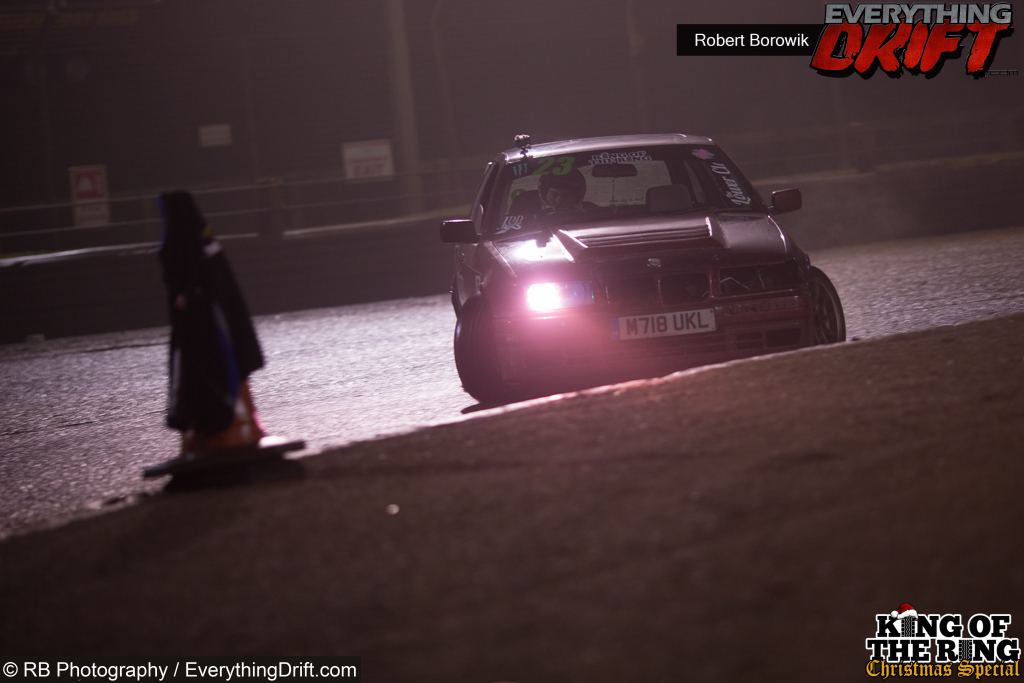 The fog made it difficult for the drivers, judges and us photographers so it was soon decided that the event couldn’t be judged as accurately as they would like. The drivers were given the option of calling it a day or continuing on, nobody called it quits with the top 32 drivers heading onto track shortly after for their battles. 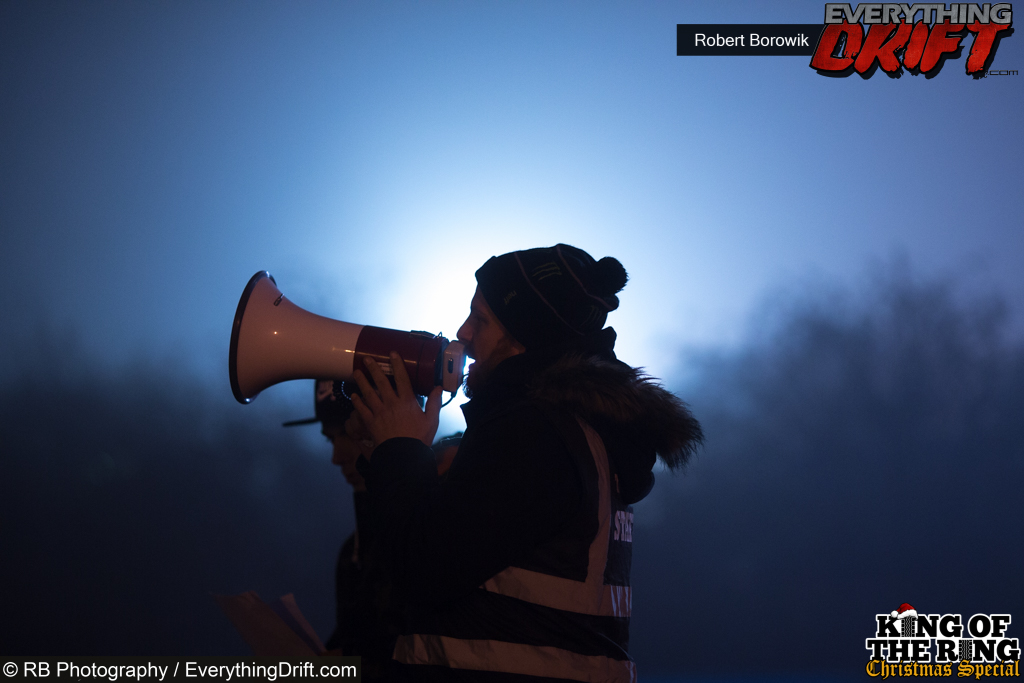 Throughout the battles it was difficult for us to know what was going on due to only seeing one side of the track at any time, it didn’t matter though, it was still great to watch the close battles. 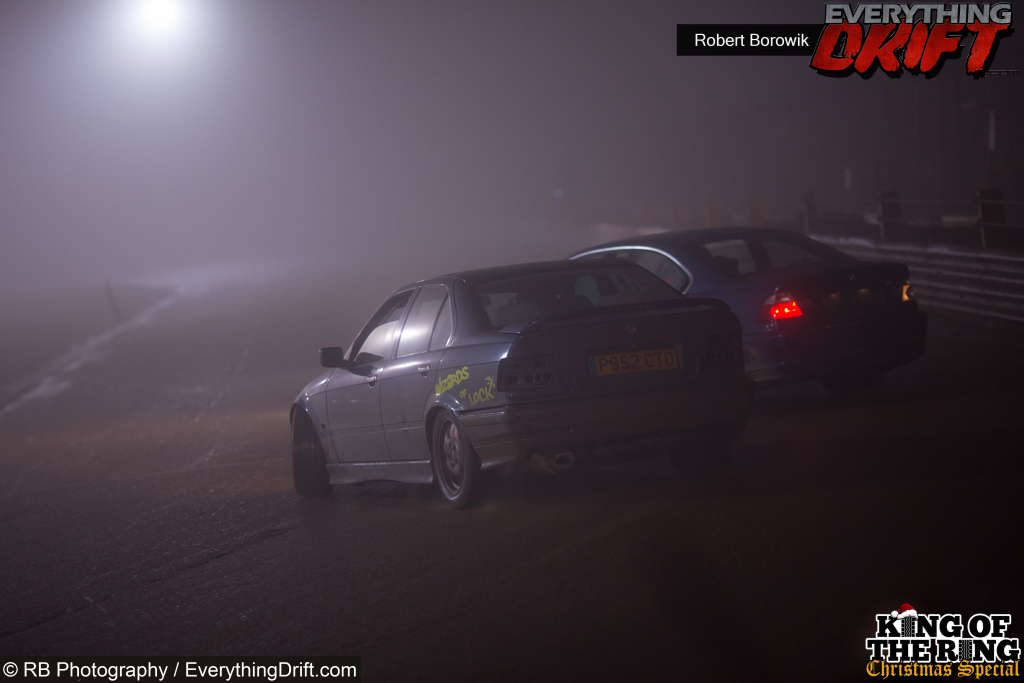 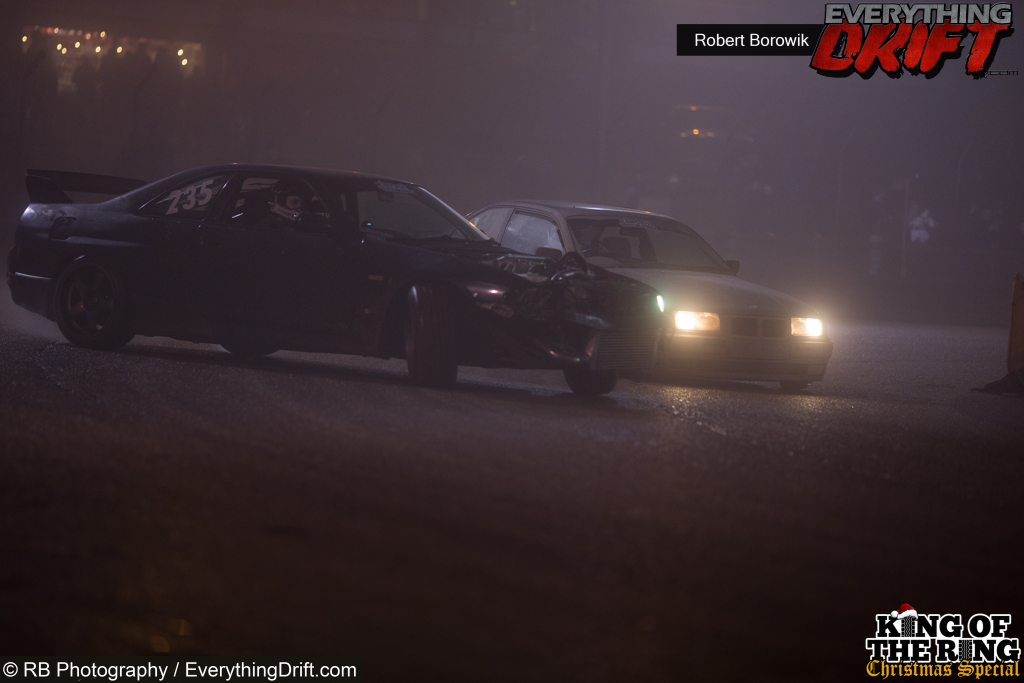 Instead of giving you a break down of the battles, I’m going to leave you with some more photos. The battles didn’t matter to us that night, it was a one off event away from their championship and all of the drivers were out on track enjoying themselves, improving their own drifting and tandem skills. It was great to watch as 50+ drivers had fun on track and amongst friends throughout the day. We highly recommend coming along to one next year, competing or spectating doesn’t matter, youll enjoy it either way! 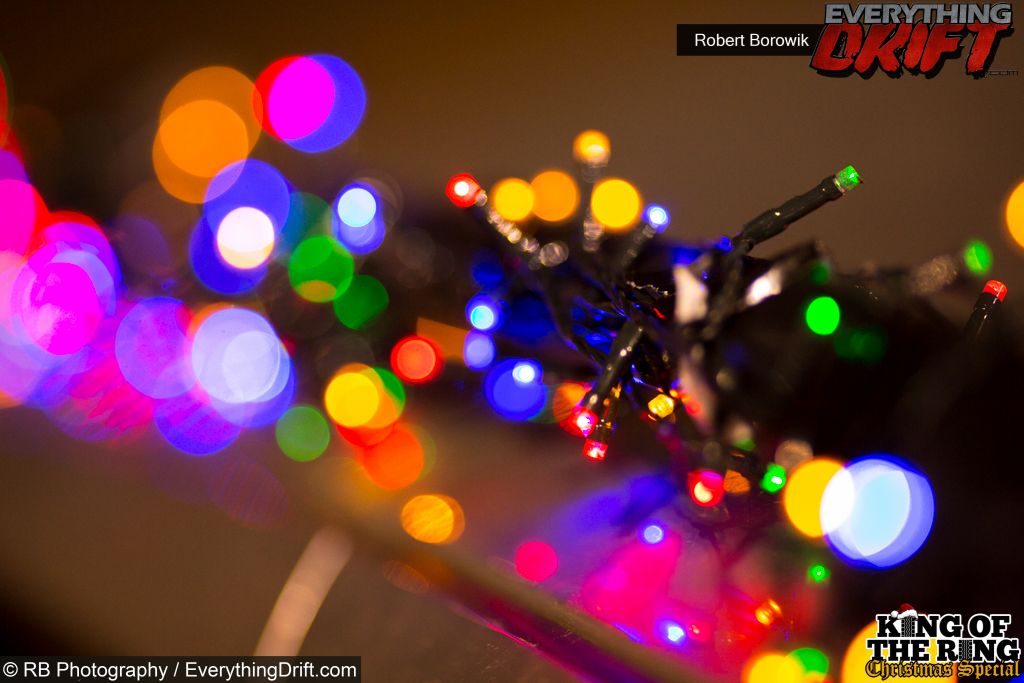 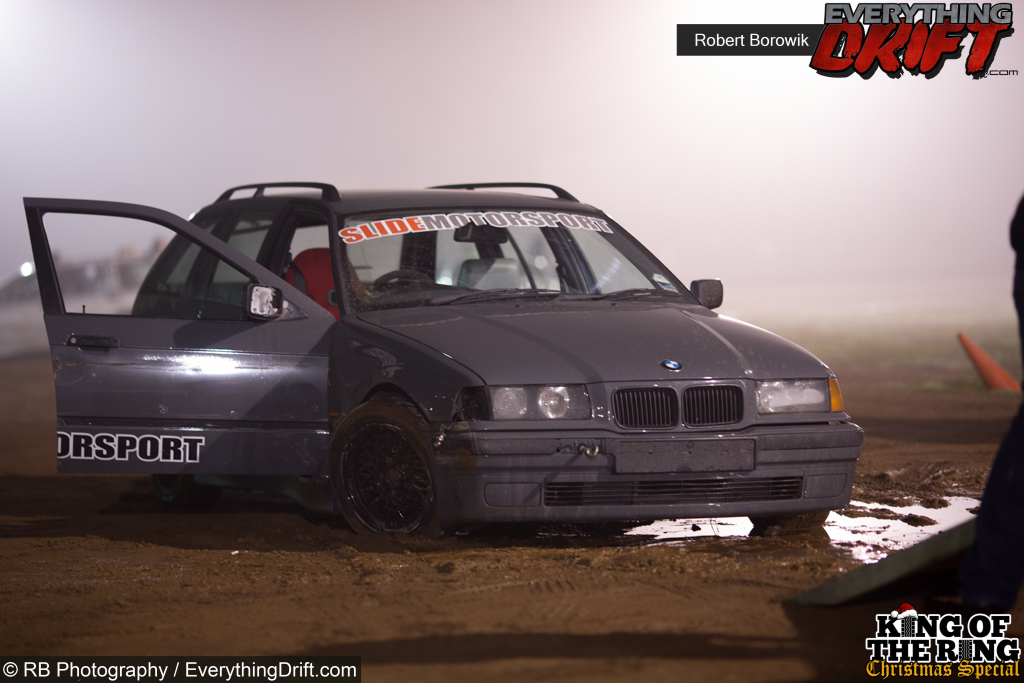 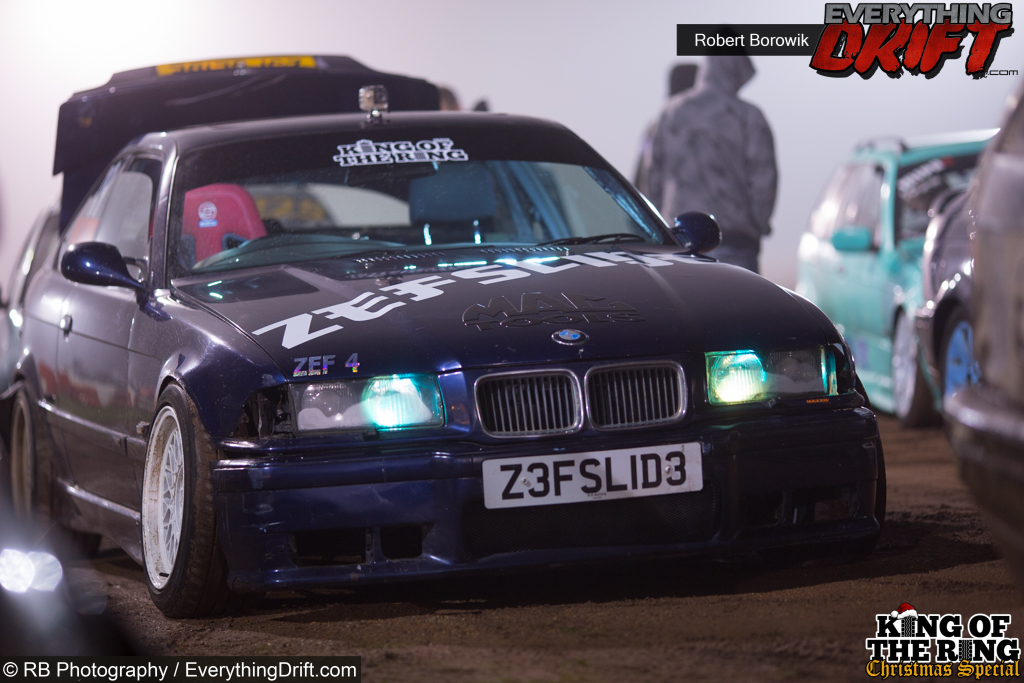 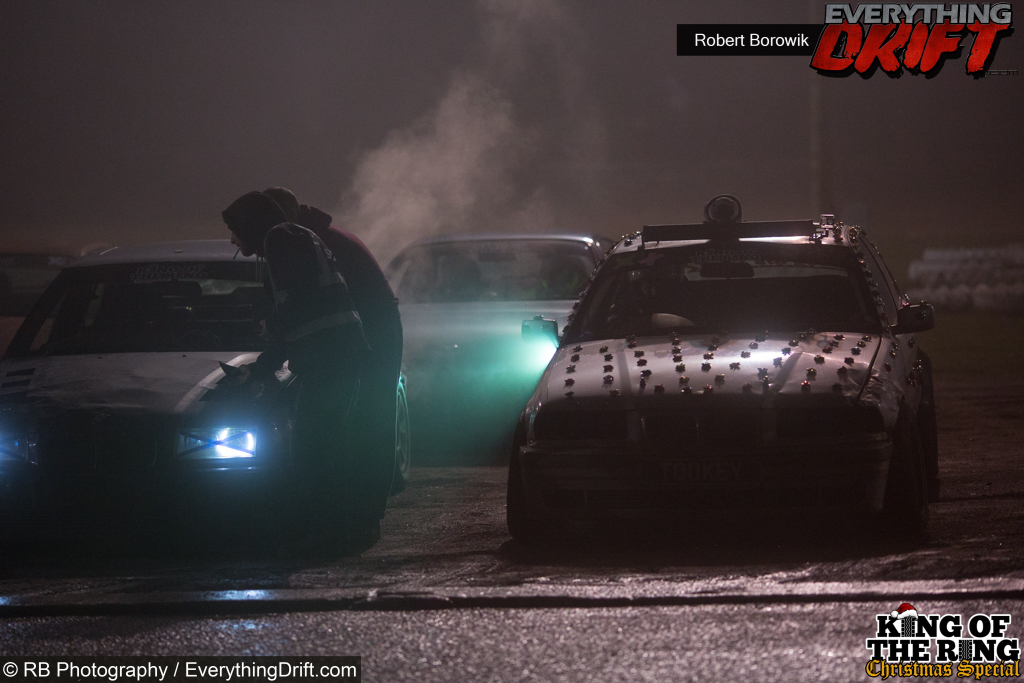 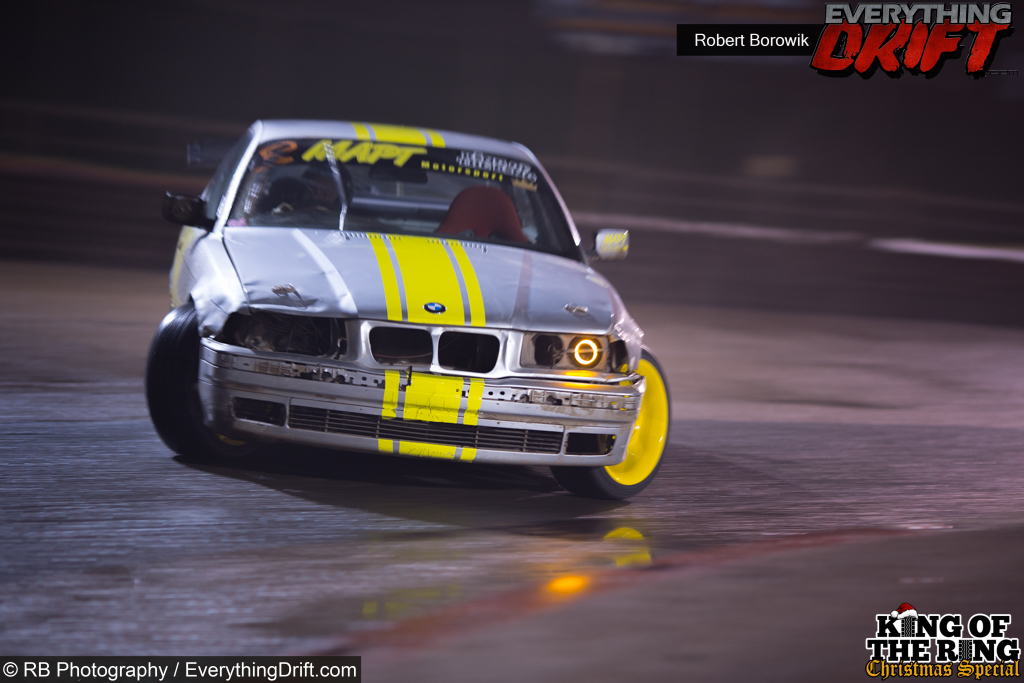 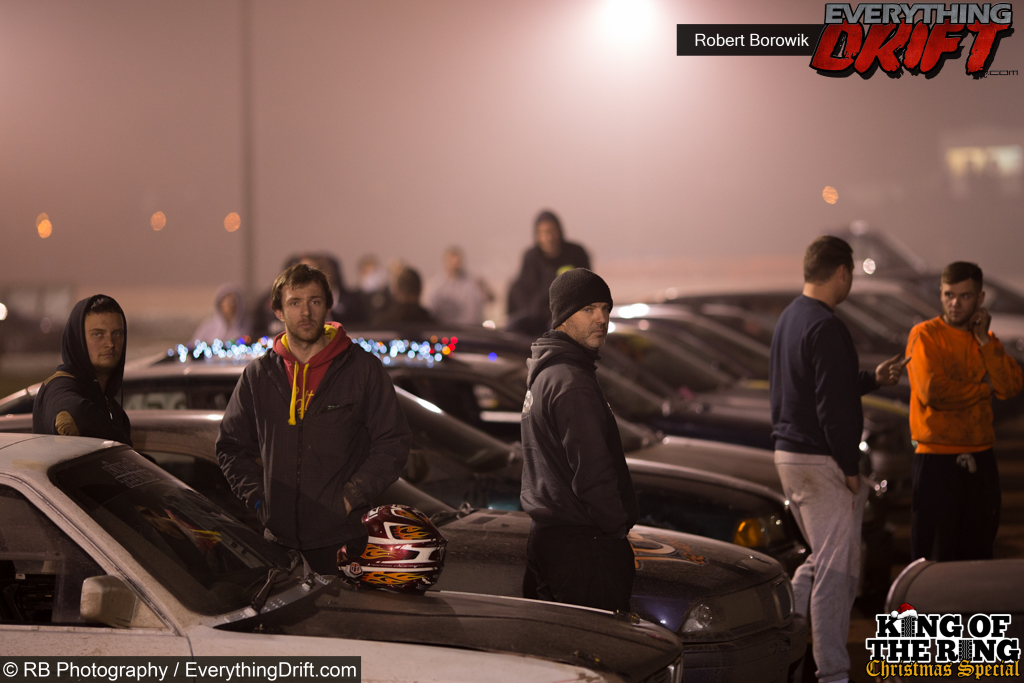 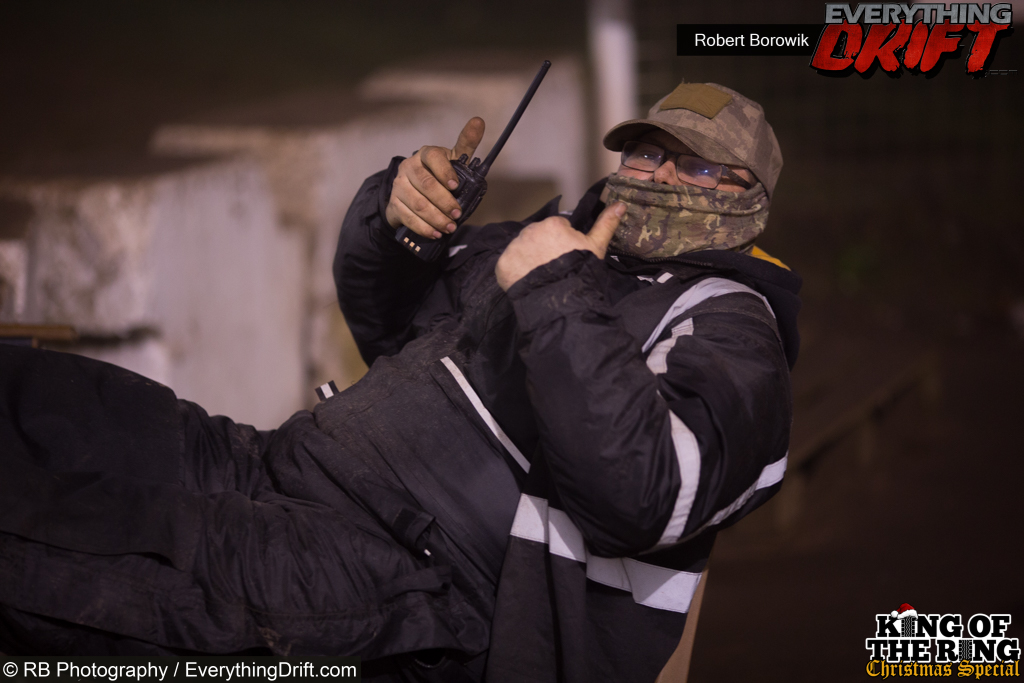 28 thoughts on “King of the Ring: Christmas Special”