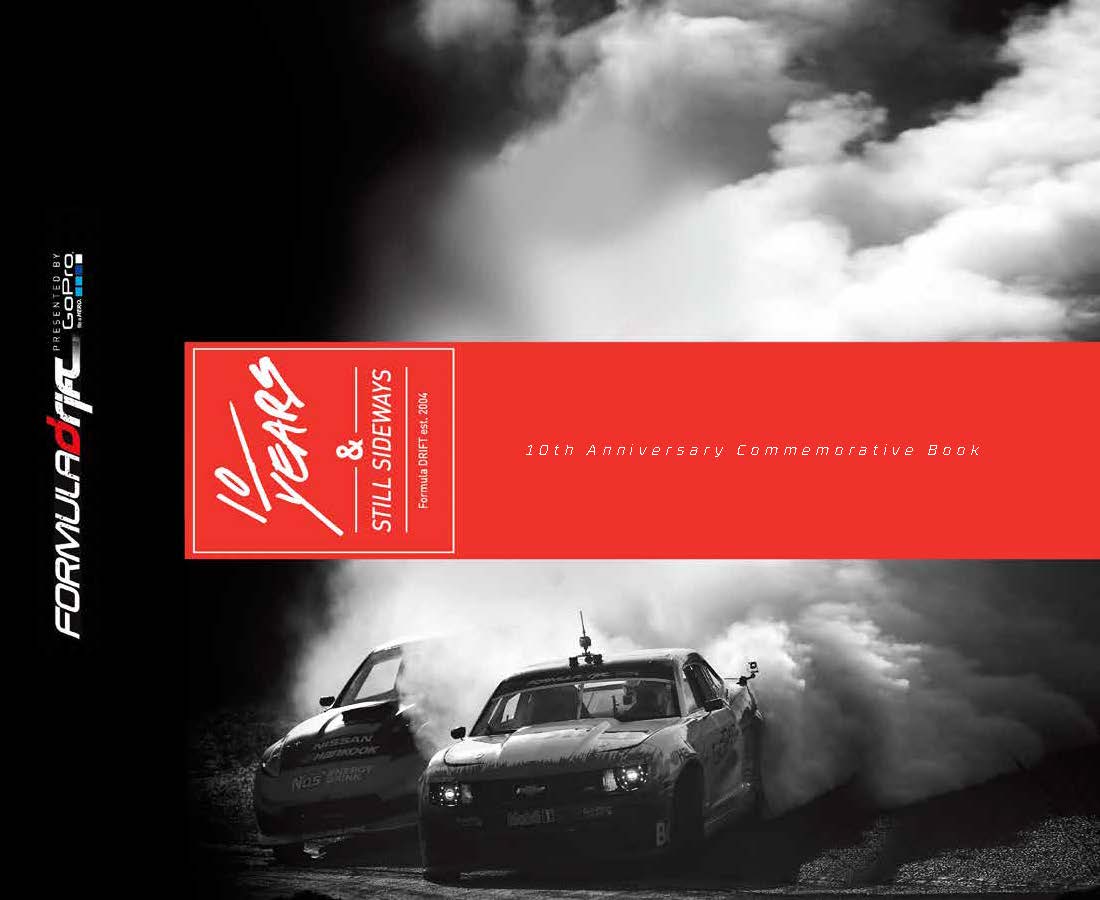 December 19, 2013  Formula DRIFT has announced a print collaboration with Performance Publication Media Group to release a 10-Year Anniversary Book. Book to go on pre-sale before the Holiday season with deliveries to begin before the start of the 2014 Formula DRIFT Pro Championship season. Formula DRIFT is set to release a 10-Year Anniversary Book in partnership with the Performance Publications Media Group, publishers of Performance Auto & Sound magazine (PASMAG). The 11″x9″ perfect bound book features a “rubberized” gate fold cover with 128 acid-free, archival-quality pages inside. The past 10 years of action will be showcased with stunning photography and curated by well-known photographer, Larry Chen. “We are honored to be working with Formula DRIFT and Larry Chen to produce such an exiting product,” commented Tim Rutledge, Group Publisher and CEO of the Performance Publications Media Group. “With high production values and special extras, we’re confident the 10-Year Anniversary Book will be a true collectors item for the loyal Formula DRIFT fans across North America.” The 10-Year Anniversary Book will be available in a limited quantity. Only 2,000 numbered copies will be printed, and the custom die-cut sleeve will include 10 limited edition Formula DRIFT trading cards. This project is something that we are very proud of, stated Ryan Sage, vice-president and co-founder of Formula DRIFT. To document the Series like this after having made it through ten wonderful seasons, for us, is quite humbling and we are excited to share the special captured moments through this limited edition book. Pre-orders for this book can be made online at https://fd10.pasmag.com for $39.99 plus $10 shipping and handling. Copies of the 10-Year Anniversary Book will begin shipping the first week of March, 2014. As a special bonus, all orders will include a one-year membership to PASMAG (a $24 value). For more information visit: www.formuladrift.com