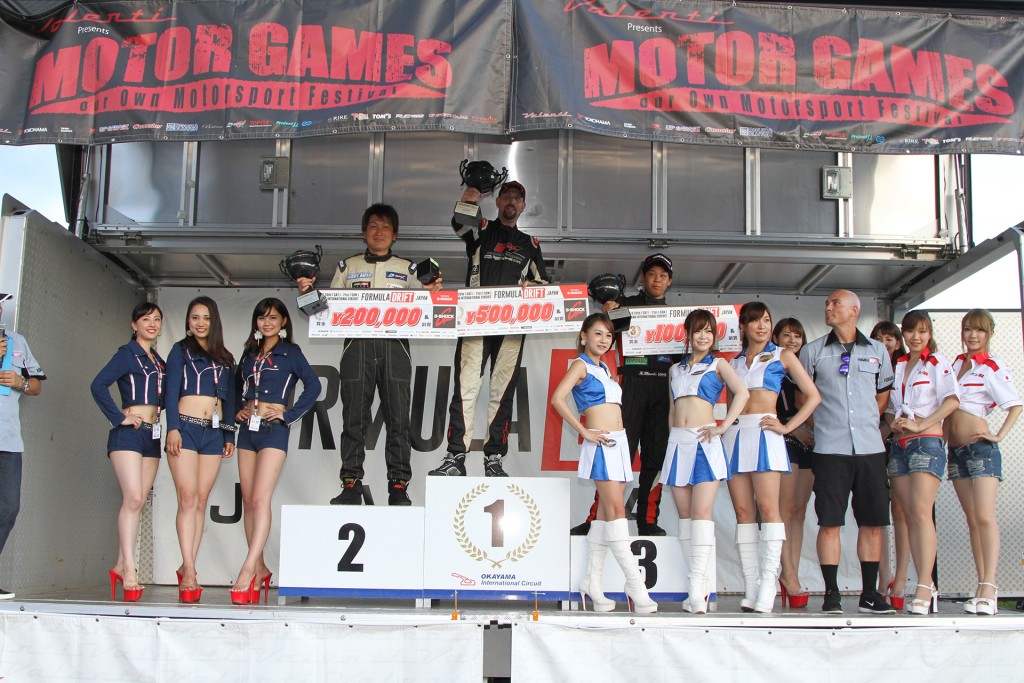 On May 7th, 2016, World Champion drifter and Professional Fun-Haver, Vaughn Gittin Jr, piloted his Monster Energy Nitto Tire Ford Mustang RTR to first place at the second round of the Formula Drift Championship at Road Atlanta in Braselton, GA after knocking out all competitors and qualifying first in a dominating perfect event.

Vaughn had this to say about the victory, “Perfect events don’t come easy in Formula Drift. This new Ford Mustang RTR has inspired me to simply just be me behind the wheel. That fact combined with my team’s hard work and all the support from the Ford Performance team throughout our development over the last year is why we are on this top step. It feels so good to bring home a win for everyone that has worked so hard and supported our goals out here!”

END_OF_DOCUMENT_TOKEN_TO_BE_REPLACED

Long Beach, Calif.  May 9, 2015  Formula DRIFT presented by GoPro returned to Road Atlanta for Round 2: Road to the Championship. Aurimas Odi Bakchis in the Feal Suspension / ARK Performance / Nitto Tire Nissan 240 SX takes the victory for his first Formula DRIFT win of his career and rises to the top of the standings.
END_OF_DOCUMENT_TOKEN_TO_BE_REPLACED

Formula DRIFT has teamed with Ubiquity Studios to produce a weekly web show that will provide viewers with more in-depth coverage on the sport of drifting and the Series. Coverage will include event reviews, exclusive interviews with key figures of the Series, trending topics on-going in the Series, and custom segments.

“We are very enthusiastic about this new venture with Ubiquity,” said Ryan Sage, vice president and co-founder of Formula DRIFT. “Formula DRIFT has always been on the progressive front with new media, especially social media and this web show is just another extension of that.”

The weekly web show will run in a 5-7 minute format and will air throughout the remainder of the season. Formula DRIFT Insider can be viewed on all Formula DRIFT social media platforms including the website, Facebook, YouTube, and Vimeo pages.

“Ubiquity Studios is excited to partner with Formula DRIFT on this exciting project to create and produce Formula DRIFT Insider. This content is extremely dynamic and is a perfect fit for our award winning team and state of the art digital production studio,” said Ubiquity Broadcasting Corporation CEO Chris Carmichael. “We look forward to a long and fruitful partnership with FD and see this as one of many exciting franchises we will be developing with them over the coming months.”