Please enjoy our latest drifting video from Round 4 of Lone Star Drift. Our Formula D Proam dudes were killing it, with speeds approaching 100 mph. If you would like to learn to drift, please head over to Lonestardrift.com and look at our event schedule. I’m sorry I had no video from the Mustang for the most part, my stupid go pro died and is broken. 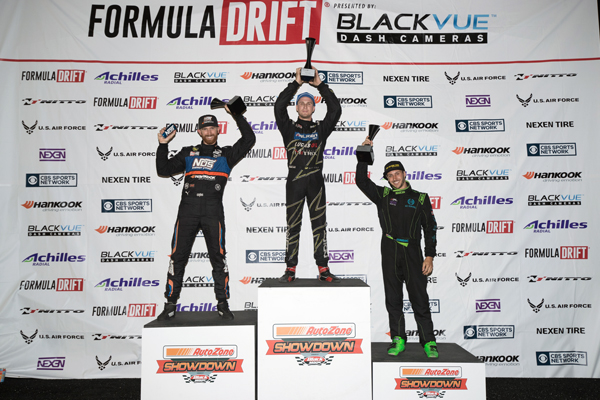 FORT WORTH, TX  – September 10, 2016 – Team Falken driver Matt Field took the top spot on the podium at Texas Motor Speedway in the latest round of the 2016 Formula Drift Championship. Field’s first-ever first-place finish notches back-to-back event wins for Falken, following Aurimas “Odi” Bakchis’ win at Evergeen Speedway in August. This is also Falken’s third consecutive visit to the podium this season.“We couldn’t be happier for Matt and our Falken team,” said Steve Wong, Supervisor, Motorsports and Events for Falken. “We knew we had the drivers and the tires to get to the top this season.  With Matt’s win, and our third straight trip to the podium, we were proven right. The new course configuration made the track fast and challenging for these drivers, but our AZENIS line delivered. We’re confident we’ll see more of these top finishes for our drivers.” END_OF_DOCUMENT_TOKEN_TO_BE_REPLACED 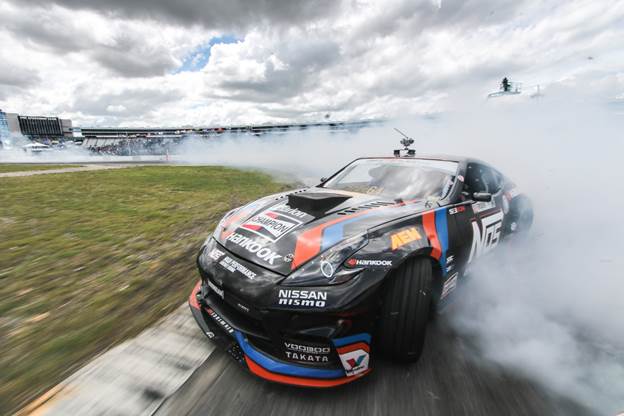 NASHVILLE, Tenn., September 12, 2016 – With just one month left in the 2016 Formula Drift season, Hankook Tire driver Chris Forsberg is in position to win his third Formula Drift championship.  Forsberg’s success at Texas Motor Speedway over the weekend marks his sixth consecutive podium finish, including four straight second place finishes. His consistent performance has propelled him to a 36-point lead in the Formula Drift championship standings.

Racing in his signature Hankook Tire/Nissan 370Z, Forsberg battled his way to the finals against a competitive field, which included a hard fought quarterfinal win against former champion Fredric Aasbo. After a run that was deemed too close to call by the judging panel, the two former champions engaged in a rematch where Forsberg edged out Aasbo, expanding his first place lead in the overall standings. END_OF_DOCUMENT_TOKEN_TO_BE_REPLACED

Texas Motor Speedway played host for the action packed event. With only one event until the final event of the season the drivers put it all on the line in their chase for the championship.  Heading into the event only 15 points separated the Top 3 drivers.

“The competition tonight showcased the diversity and talent of the driver pool,” said Jim Liaw, President of Formula DRIFT.  “We had a mix of past champions and young guns drive their hearts out at a very high level on a challenging and competitive course.”

The event was highly competitive with many battles often too close to call for the judges leading to several “one more time” calls.  In the Great 8, returning champion Fredric Aasbo in the Rockstar Energy / Nexen Tire SR by Toyota tC, who entered the event second in points by only five points faced the 2-time champion and point leader, Chris Forsberg in the NOS Energy Drink / Hankook Nissan 370Z.  This battle was significant for the championship chase.  An over correction by Aasbo opened the door for Forsberg to enter the semi-finals. END_OF_DOCUMENT_TOKEN_TO_BE_REPLACED