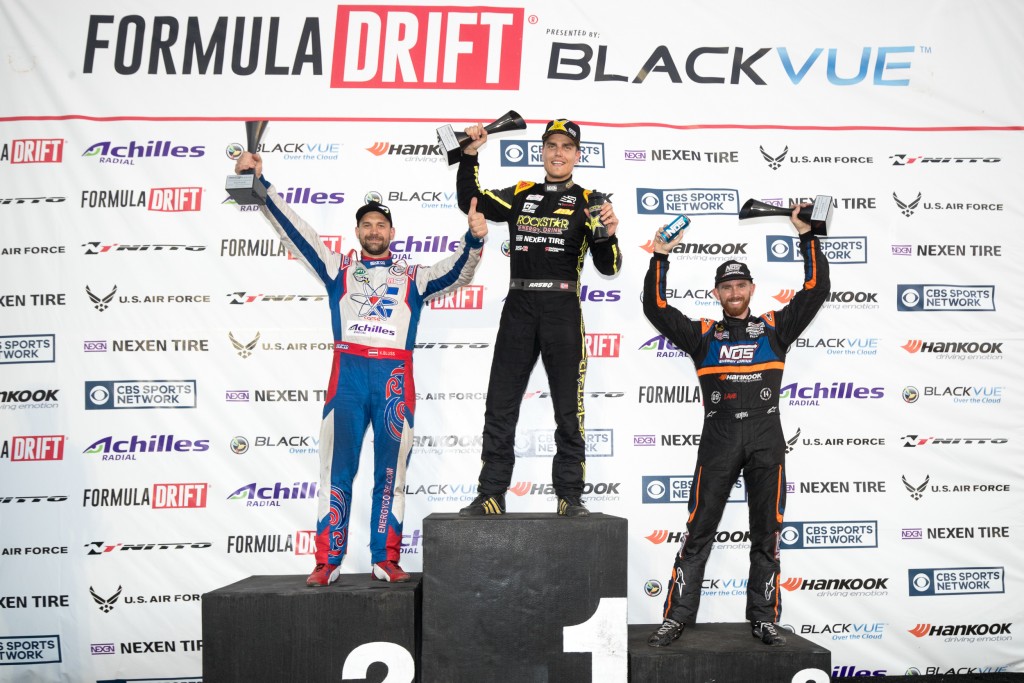 Long Beach, Calif. – June 4, 2016 – Formula DRIFT presented by BlackVue returned to Orlando for Round 3: Unchartered Territory.  Fredric Aasbo in the Rockstar Energy / Nexen Tire SR by Toyota tC takes the victory to move into the lead in the Pro Championship standings.

Round 3: Unchartered Territory returned to Orlando Speed World for the second consecutive year.  The event weekend featured both the Pro 2 championship and Pro Championship with a full schedule of on-track action.

“We experienced extreme heat this weekend, but the fans in Central Florida have proven to be diehard drift fans,” said Jim Liaw, President of Formula DRIFT.  “In three events we have seen three different drivers at the top of the standings.  This season is shaping up to be one of the most competitive seasons in the history of the Series.”

The weekend was full of surprises as a couple of the top drivers were taken out early in the competition creating opportunity for many of the drivers to close the gap in the standings.  Veteran driver, Tyler McQuarrie in the Mobil 1 Chevrolet Camaro face off against defending champion, Fredric Aasbo.  After two “One More Time” battles, Aasbo got the slight edge to advance to the finals.  Two-time champion, Chris Forsberg in the NOS Energy Drink / Hankook Nissan 370Z faced off against Latvian driver, Kristaps Bluss in the HGK / Mast / Motul / Achilles BMW E46.  Bluss’ consistent driving was the determining factor as he moved in the finals for his first time in Formula DRIFT.  In the final battle, Bluss on his lead run over rotated coming to an almost full stop which caused Aasbo to make contact and ultimately giving him the win and the lead in the Pro Championship standings.  Forsberg finished in third place and moves into third place overall. 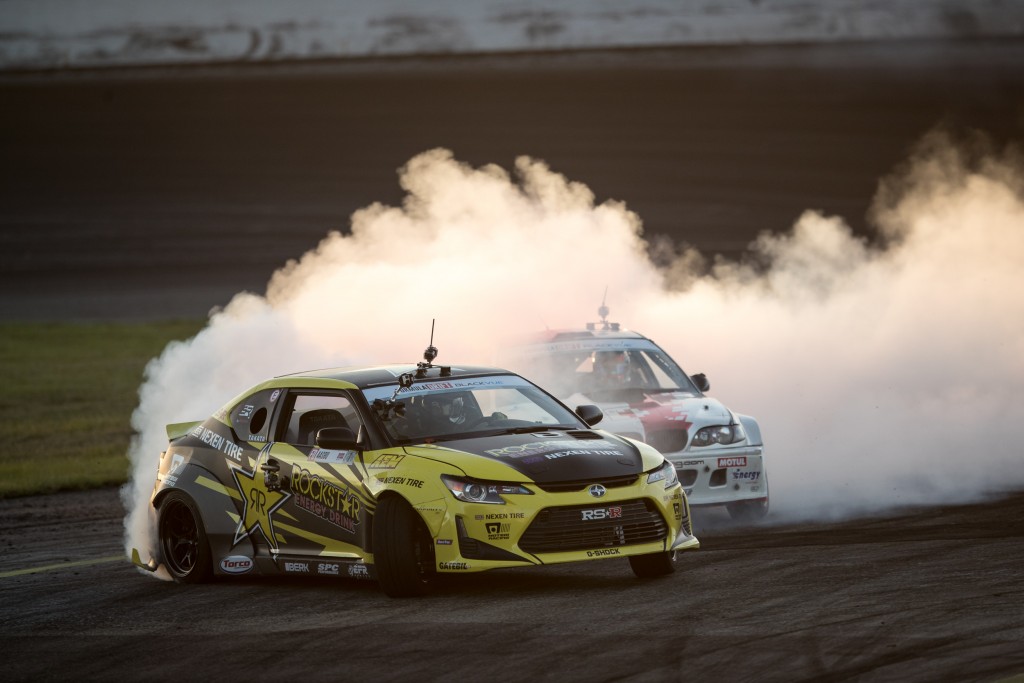 “What a crazy night.  The heat out here in Orlando and with the top dogs going out early, we got really lucky in the first couple battles.” said Fredric Aasbo, winner of Round 3: Unchartered Territory.  “As the event went on we really turned it up and went to the finals against Kristaps, who had a tough blow and messed up on his lead.  Not exactly how we want to win, but we’ll take it and move ahead to New Jersey.”

The 2016 Formula DRIFT Pro Championship will continue to Round 4: The Gauntlet on June 17-18 at Wall Speedway.  For more information visit,www.formulad.com and find Formula DRIFT on Instagram @formulad, Facebookwww.facebook.com/formuladrift, Twitter @FormulaD, and snapchat formula_drift.  Tune into Formula DRIFT on CBS Sports and check your local listings for airtimes.