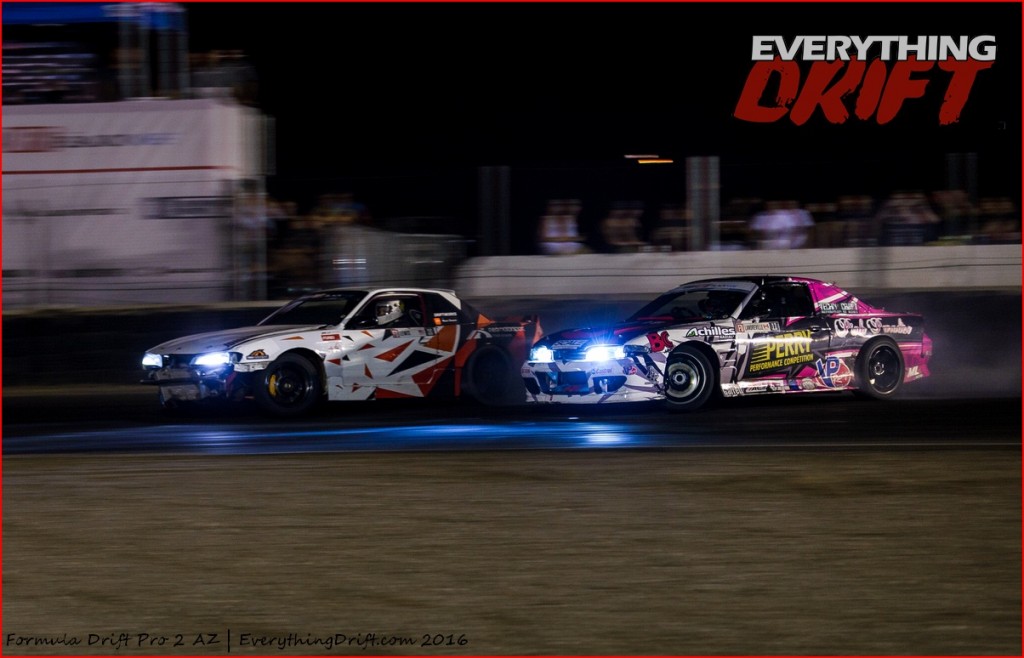 This past weekend at Wild Horse Pass Motorsports park, Formula Drift came down to Phoenix for Pro2 Round 4 in their series. It was the first time Formula Drift had ever come to Phoenix. When they came here to scope out the track, they wanted a layout that nobody had ever drifted on before. That track layout happened to be on the back stretch of Main track, which comes off of the drag strip onto a huge left sweeper. The layout was extremely competitive along with extremely high speeds!

8 Pro2 drivers were going to grab their Pro licenses from this round. That made this round even more exciting to watch as the drivers battled it out. 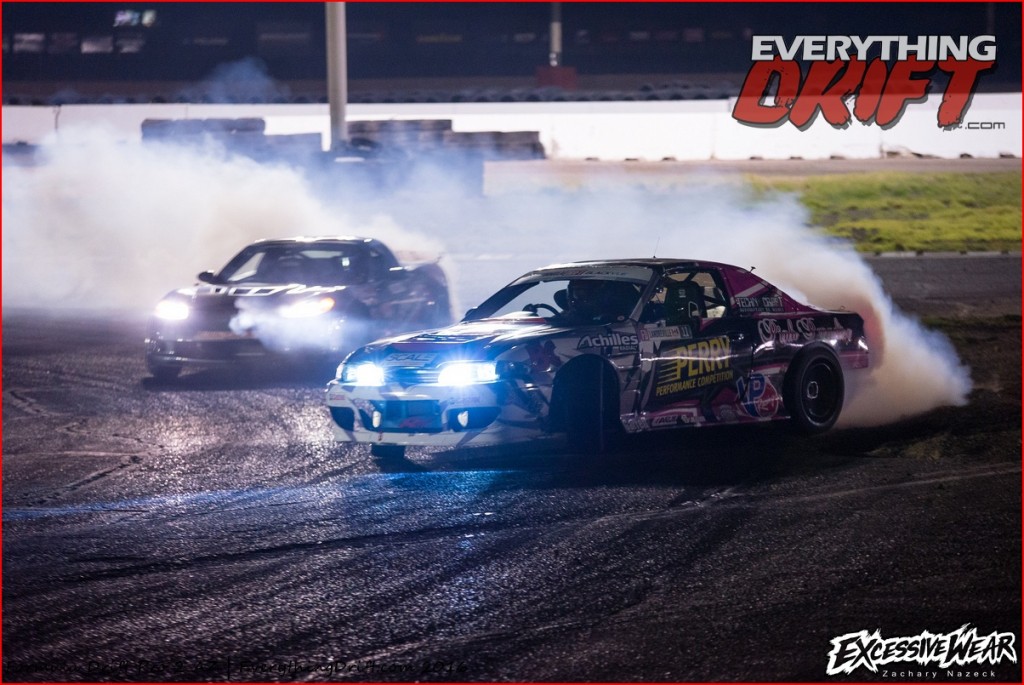 For this round, there were three podium finishers – Marc Landreville taking First Place here in Phoenix, Nate Hamilton claiming Second, and Dirk Stratton putting up a fight for Third! 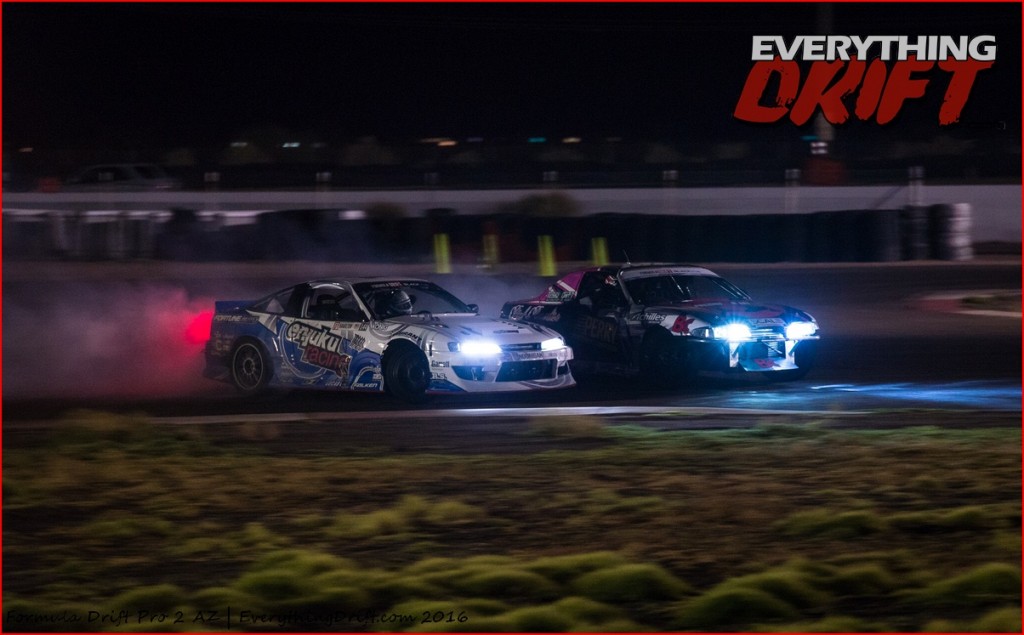 Marc Landreville was your first spot qualifier and he had to take out Andrew Lewis who was the 16th qualifier to find his way into the Great 8. Marc then had to battle against Ryan who was currently sitting in 5th place overall in the Season. Defeating Ryan put him into battle with Dirk Stratton in the Final Four. Marc was the number one qualifier in Phoenix, and he rode that train all the way to the Finals!

It was Nate Hamilton landing his spot in the finals against Marc, defeating Kevin Lawrence, Jeff Jones in the Great 8, and then Dirk Stratton in the Final Four on his adventure to the Finals. 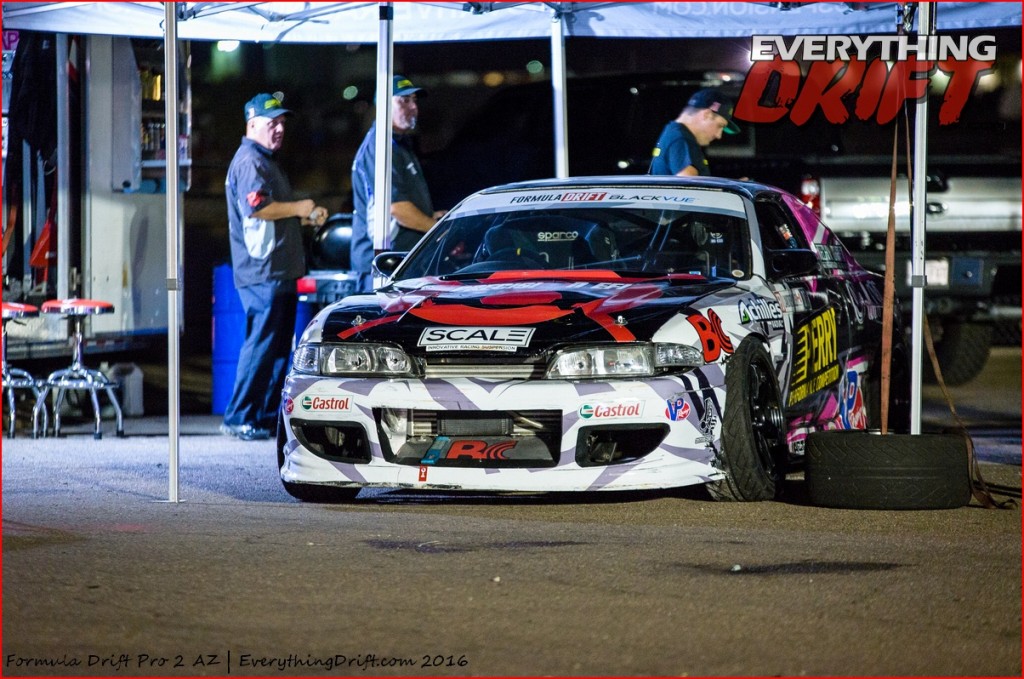 Nate Hamilton unfortunately ran into issues, which forcefully made him pull out from battling against Marc, giving Marc the win in the last round of the 2016 Pro2 Series here in Phoenix, Arizona.

Marc celebrated such a win with a glorious Victory Lap and in the end, doing a celebration burnout, which threw his tires into flames. Congratulations Marc for capturing the win and earning the First Place spot in the overall series! 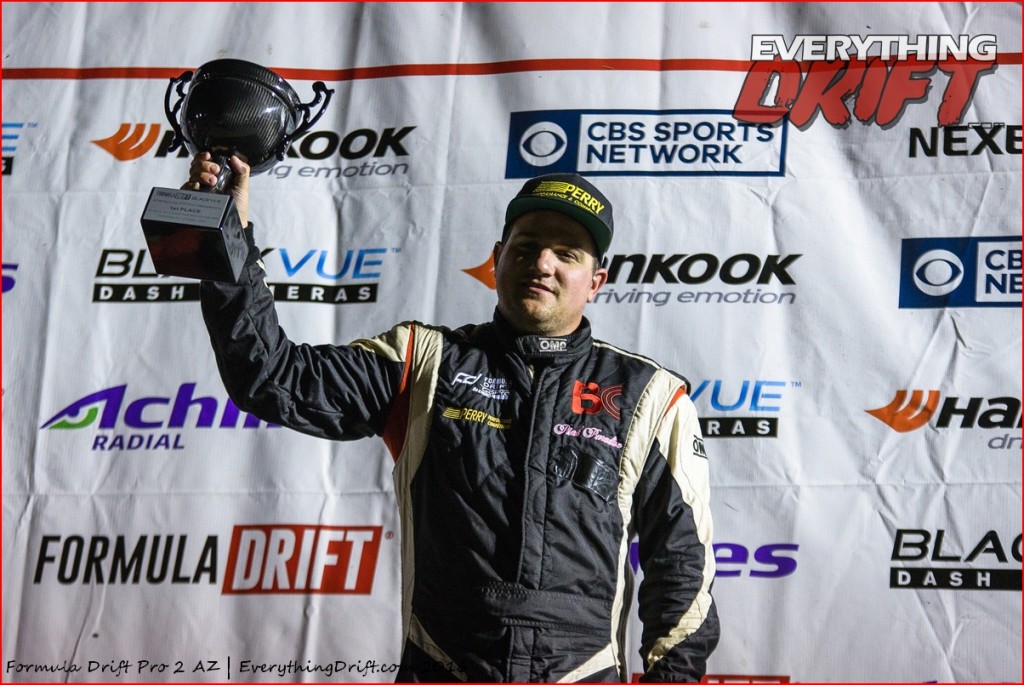 As this round concluded the series for Pro2, the Top 8 drivers gained their spot in next years Formula Drift Pro Series! Your top 8 drivers to look for next year in Pro are:

One thought on “Marc Taking Victory at Formula Drift Pro 2”