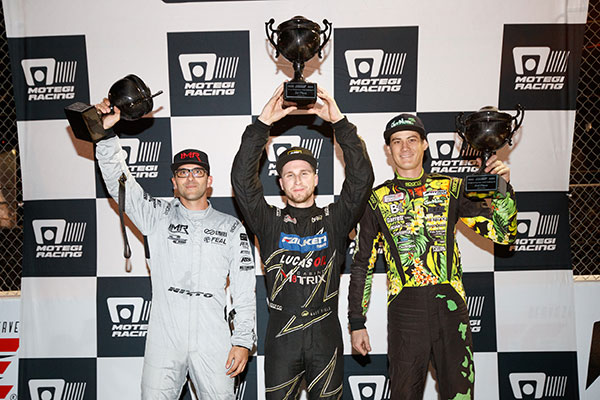 The Motegi Racing Super Drift Challenge for the fifth consecutive year brought motorsports action under the lights during the annual Toyota Grand Prix of Long Beach within Turns 9, 10, and 11 of the famous street course.  Drivers competed on Friday night in front of a capacity crowd for a chance at the prize purse and bragging rights.

“For the first time we decided to hold a doubleheader Top 16 competition over the course of the Grand Prix of Long Beach weekend,” said Jim Liaw, President of Formula DRIFT. “For our 11th consecutive year bringing drifting action on the Streets of Long Beach we wanted to showcase even more competitive action for the fans on both Friday and Saturday night.”

On night one of the doubleheader weekend drivers were placed at random into the Top 16 bracket.   The Top 4 saw returning Motegi Racing Super Drift winner, Matt Field against Justin Pawlak in the Roush Performance Ford Mustang.  Field outdrove his opponent to move into the Finals.  Forrest Wang in the Get Nuts Lab Nissan 240 faced off against Alex Heilbrunn in the IMR / Nitto Tire BMW M3.  Heilbrunn fresh off his second place finish last weekend at the Formula DRIFT season opener on the same track, kept his streak alive taking the win to move into the Finals.  Forest Wang finishes in third place.  The final battle was dramatic as Heilbrunn and Field collided on the first turn of the first run.  Judges deemed fault to Heilbrunn giving Field the advantage.  Field, after fixing the significant damage sustained from the run 1 collision kept a clean and safe follow run to take the first victory of the doubleheader. 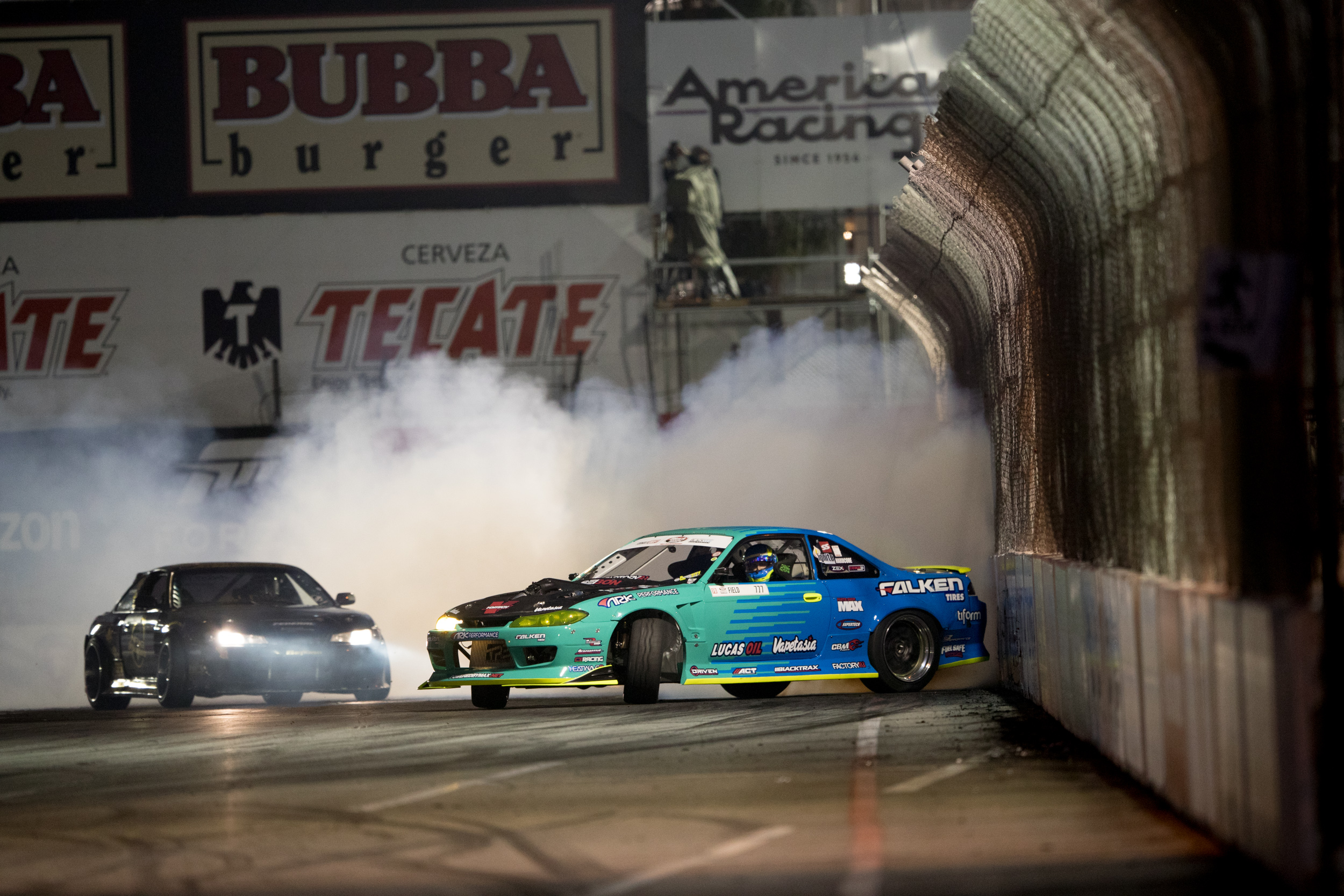 “We went back to back!” said Matt Field, winner of the Motegi Super Drift Challenge. “There’s day two tomorrow and we’re going to try to win that too.  This event was strong and it feels good to get back into a car that’s in working manner after struggling last weekend, but we’re back.”

The action continues on Saturday night for the second night of the Motegi Racing Super Drift Challenge during the Toyota Grand Prix of Long Beach.  For more information visit, www.formulad.com and find Formula DRIFT on Instagram @formulad, Facebook www.facebook.com/formuladrift, Twitter @FormulaDrift, and Snapchat – formula_drift. Tune into Formula DRIFT on CBS Sports and check your local listings for airtimes.