Instagram has become a world wide media sharing platform where users can upload their own content of share that of what they see as worth sharing to hundreds, thousands or even millions of people depending on their followers and audience. While Instagram has created yet another place to view content, it has also helped shape car enthusiasts around the world in gaining ideas from others and shaping it to their own ideal. I am fortunate enough to know an owner who has done just that, and in doing so created a very unique (in New Zealand) Godzilla that stands out from the rest for being both subtle yet effective.

Godzilla is a name well known by now and has been given many guises but it was not until recently that I was given the opportunity to feature such an amazing R35 GT-R owned by a close friend and part of my small car team, Team TSB all the way from little old New Zealand. Forming his ideal image from the pictures of the R35’s he has seen around the world, this owner set about to create something refreshing with quality being top priority. 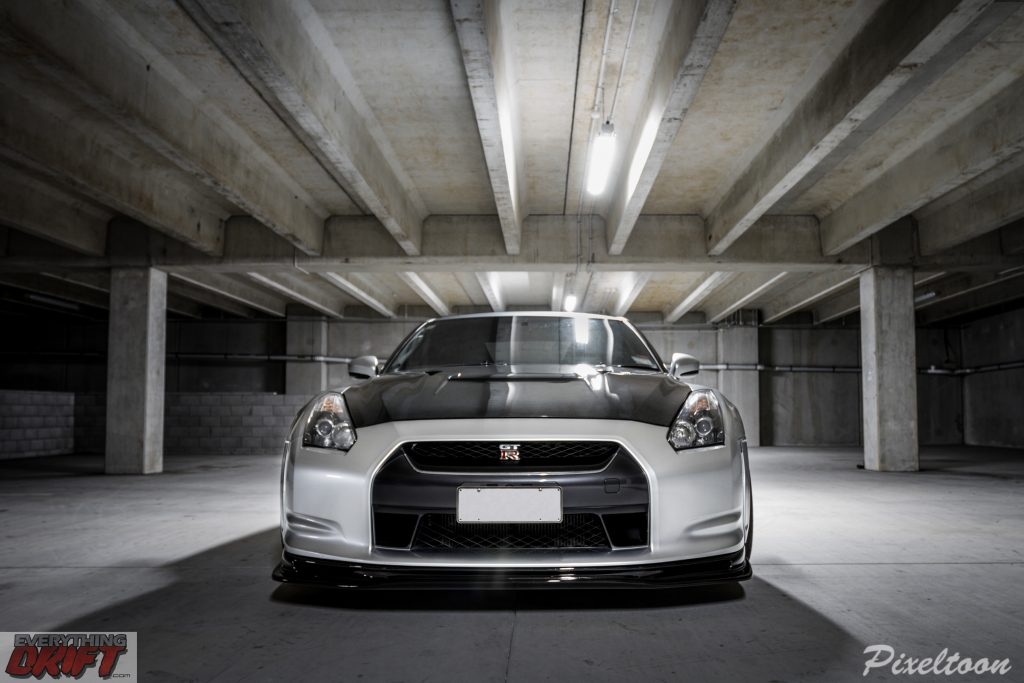 The R35 GT-R needs no introduction however this car is certainly different. At first glance this car may not jump out at you and draw your attention but taking a few seconds to stop and look closer will alert you to the wider fenders adorning the front and rear guards, these were not overnight parts from Japan but as close to it as you can get with the order being placed through Varis for a full set of front/rear over fenders, front lip and rear lower skirt. Varis may not sound familiar with some so a quick rundown will inform you that Varis is a Japanese body kit manufacturer that produces top quality kits for both street and race cars, with some noticeable contributions to a large number of time attack cars competing around the world. Dry carbon right through to the show car end gloss twill weave carbon, Varis produce it all with fiberglass kits included in the mix. With this owner choosing to have quality over cheaper replicas the build time for this kit was a little arduous but I can say from the final finish the wait was well worth it. 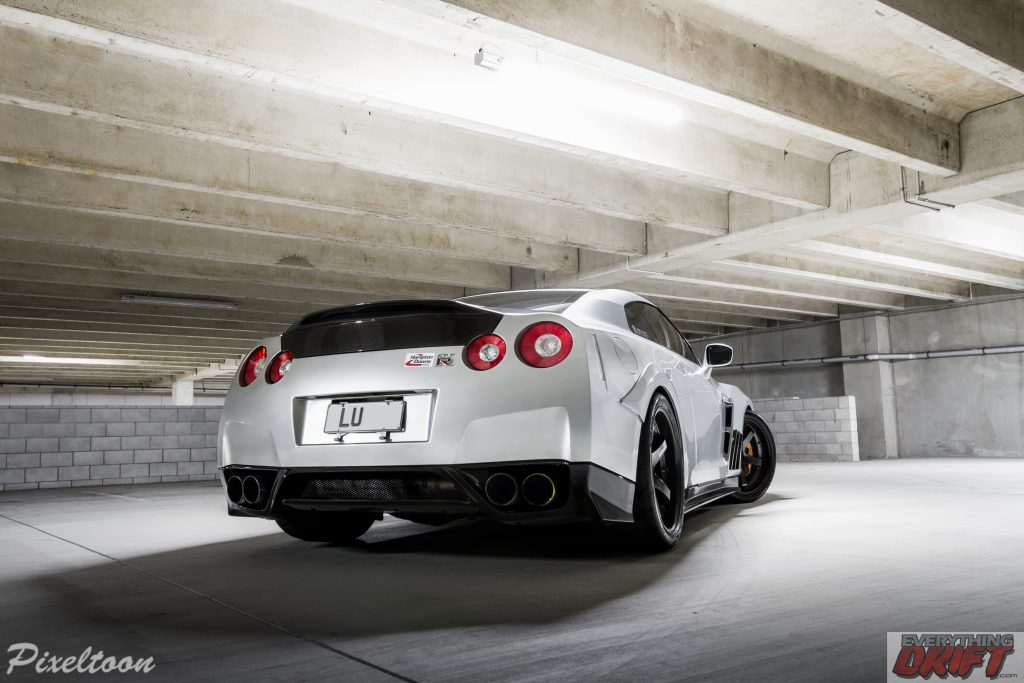 While the Varis kit widened the car the black accents on the side skirts needed some matching and so a Varis carbon bonnet was added to break up the sea of silver. Standard equipment was dropped in favor of the aesthetic flow of the car, and so a carbon Seibon boot lid with built in duck tail was purchased and as such completed the flow of black to add contrast to the majority of the body color. 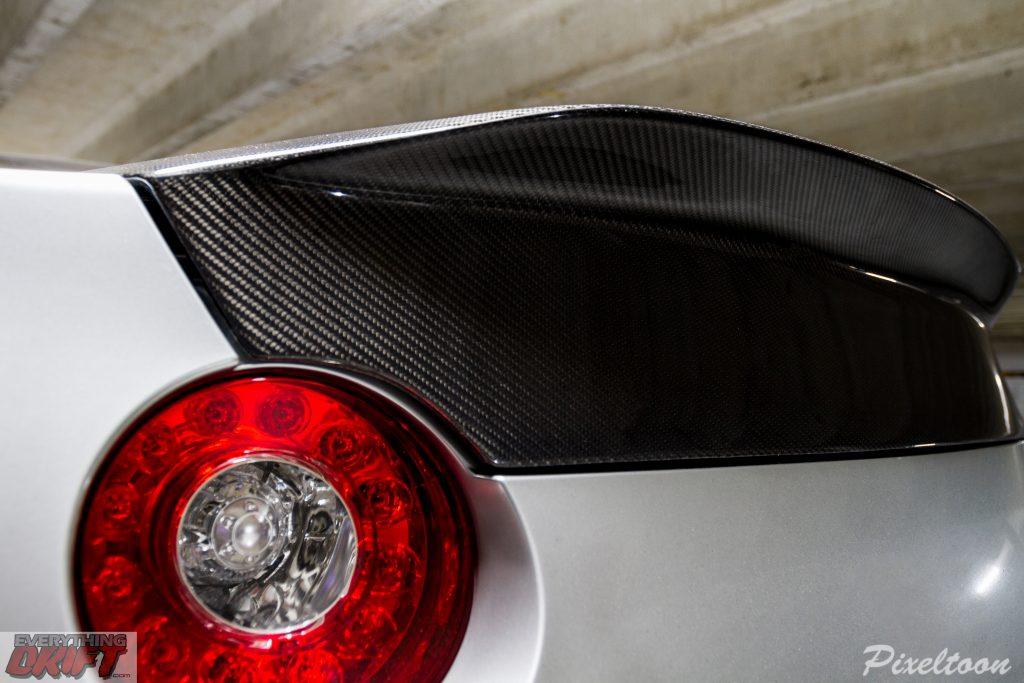 Wider guards meant wider wheels were needed as well, so back to Japan to source more parts was in order and as luck would have it, the owner stumbled upon some new satin black Advan GT wheels measuring a staggering 20×11 all round with the GT-R wide enough to swallow them up without breaking a sweat. Tyres were ordered for these mammoth wheels and the only ones up to the task of keeping this beast in check was a set of Toyo R888 315/35/20. Blitz ZZR coilovers keep the car’s stance on point with the ride being slightly bumpy but not unbearable and planted when pushing the car around with the Whiteline sway bars proving their worth. 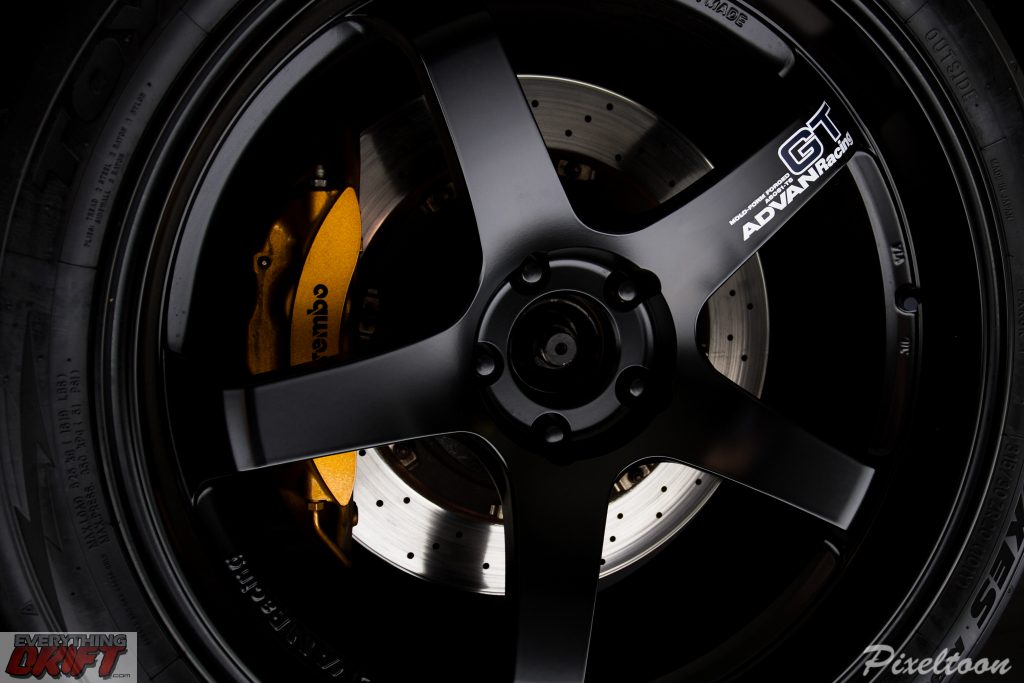 Engine power is all the talk when it comes to talking about the Japanese super car killer, and this car certainly lives up to the hype. Engine work has been carried out by none other than New Zealand’s home of Godzilla ST Hitec and features a whole list of modifications to take this supercar killer beyond its already formidable reputation. Work carried out includes a ST Hitec intake kit, ST Hitec intercooler kit, ST Hitec transmission cooling pan and ST Hitec titanium exhaust, 1000cc injectors fuel the beast with a Dodson transmission cooler and Dodson downpipe and Y pipe rounding off the base performance list. All of these modifications barely scratch the surface of what the owner has planned for this car, but I can say from first hand driving experience, pushing this car will have you stuck to the back of your seat as you grapple to hold on to the steering wheel long enough to shift to the next gear and repeat till you run out of road…which comes short very fast.

Moving from the gorgeous exterior, the interior has been kept very tidy and stock with some tasteful modifications being key in keeping things personalized but subtle. A Recaro fixed back bucket seat is swapped out when the owner pushes this car on track but other than that, a simple carbon steering wheel is all that is needed to refresh the already brilliant interior and add a slight touch of flow from the carbon clad exterior to now the interior. 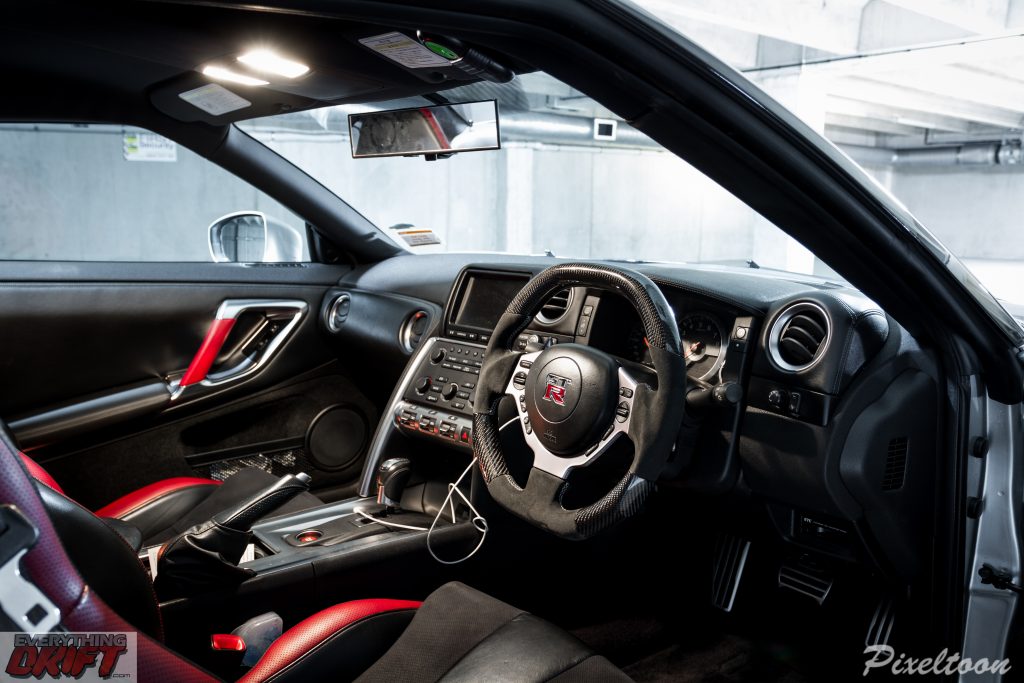 While I may have a personal investment in drooling over this car, I think the owner has done an amazing job in transforming a staunch and touch Godzilla into something more formidable with a heart to go with the looks and as such, has taken a Instagram dream and turned it into a beautiful reality. 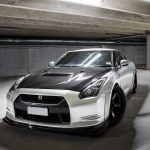 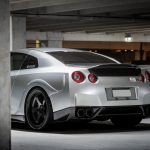 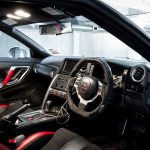 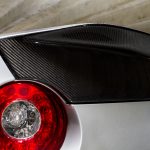 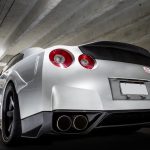 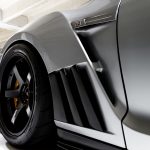 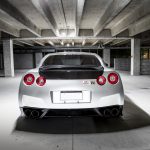 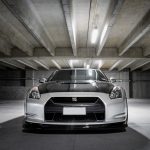 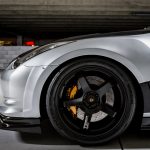 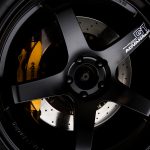 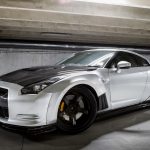 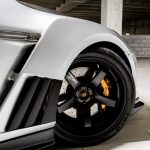 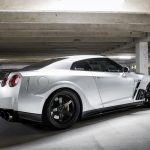 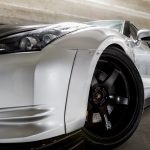 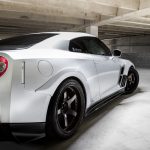 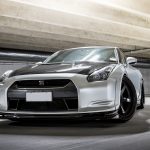 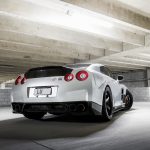 « Formula DRIFT Round 5: True North Results; Fredric Aasbo Takes the Victory and the Most Wins in the History of the Series
FORMULA D RD.6 – THROWDOWN Ticket Giveaway »