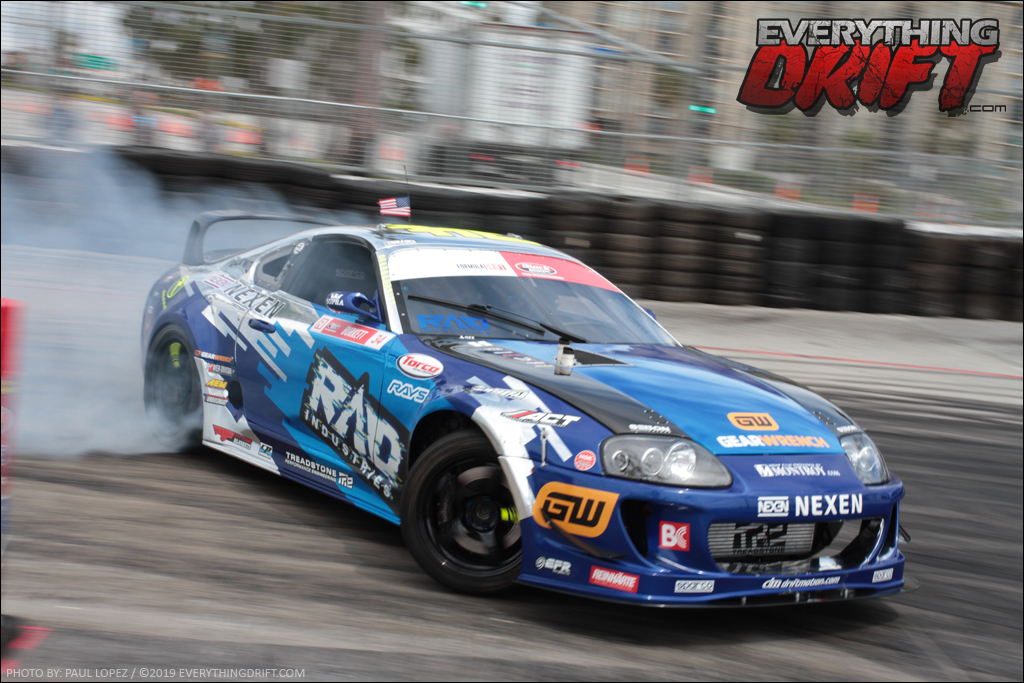 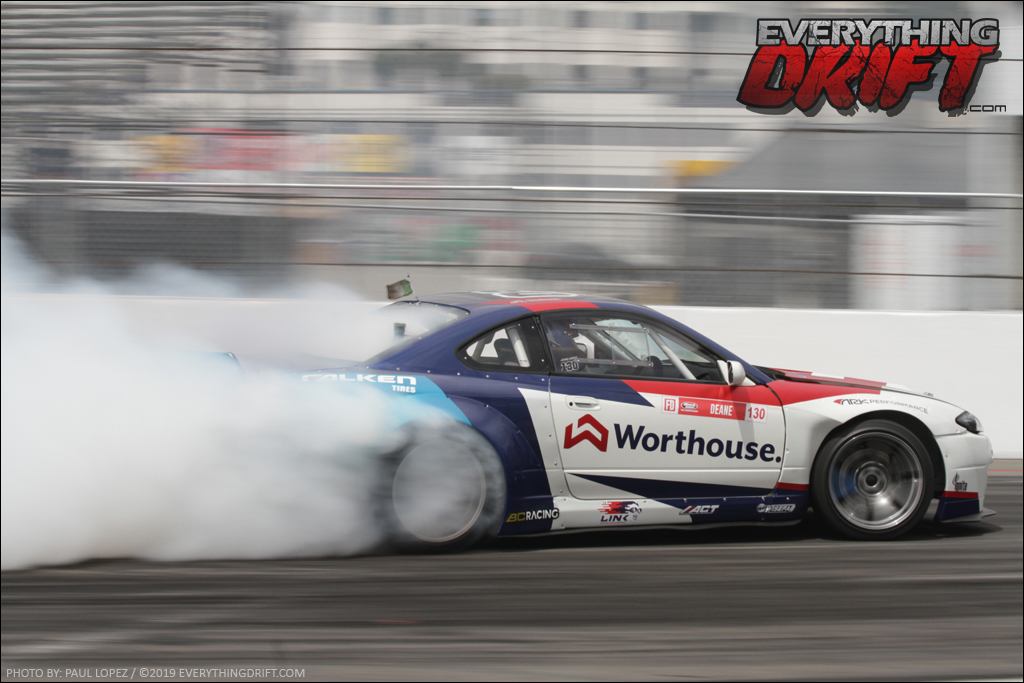 Defending Series Champion James Deane made his return in the revamped Worthouse Nissan s15. He proved he was yet again going to be a stong contender for the championship by putting down a 98 pt Qualifying run setting Him in 2nd place going into the top 32 tandem battles. 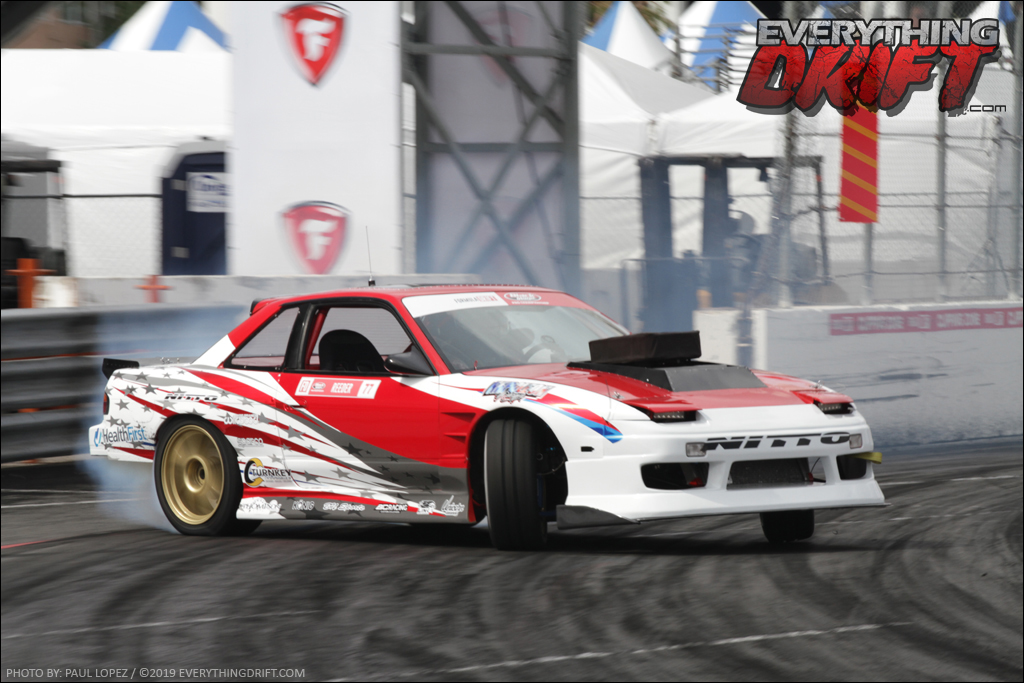 2018 Pro2 Champion Travis Reeder was sure putting down some amazing run’s all weekend Qualifying 19th making him the highest qualifying rookie. We so can’t wait to see him behind the wheel of his Electric Camaro in Orlando. 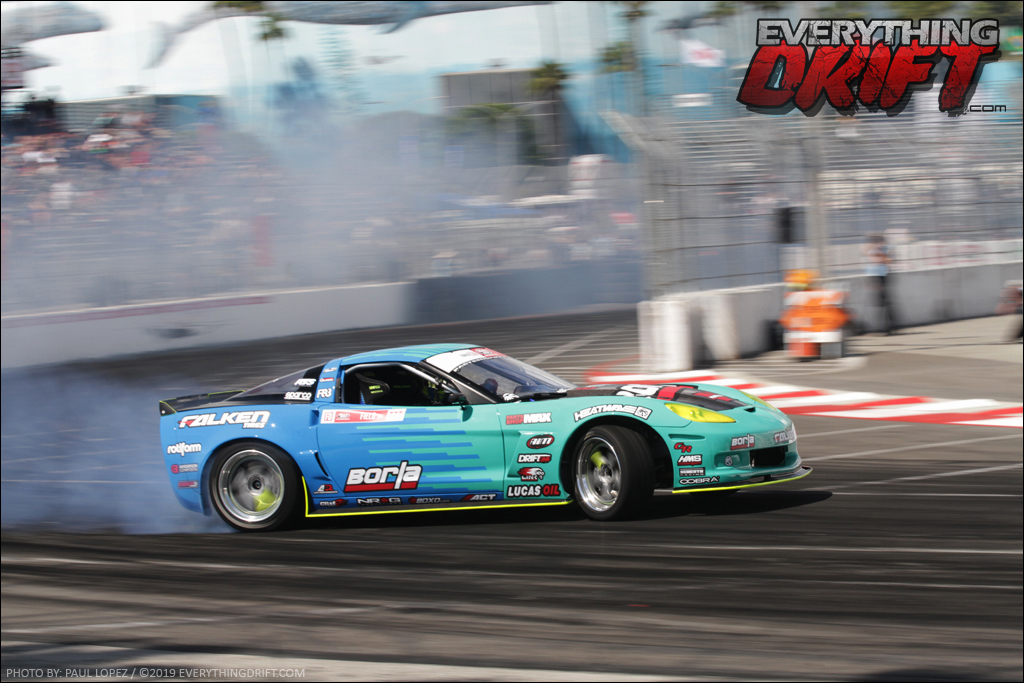 Matt Field’s and his team sure got his Falken Tires Corvette dialed in during the offseason as he was able to put Down one amazing qualifying run earning 99 pts just shy of a perfect run. But missing that one point didn’t bother him cause he was able to claim the #1 qualifying spot matching him up against Jeff Jones in Top 32. Check out Formula D’s Drone footage of the run HERE 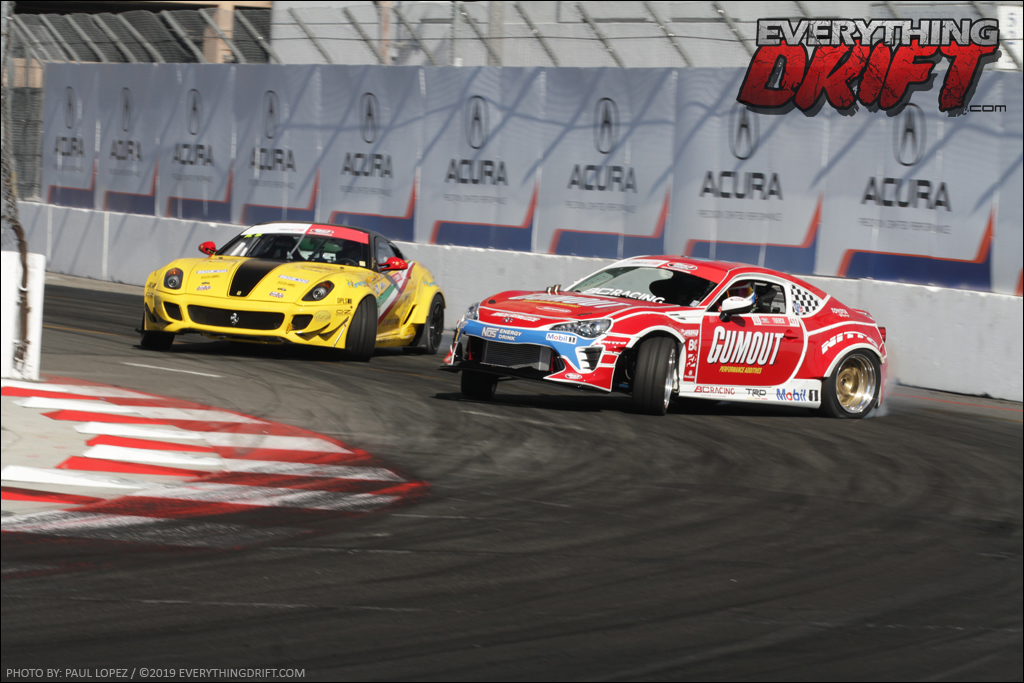 Ryan Tuerck’s weekend would end early right before top 32 Battles with a crash during practice.  Power Steering problems would cause him to take the car head-on into the tire barrier and would force the team to retire. We sure wish them the best of luck on getting the backup car ready and all tuned in for Rd.2 but were just glad he made it out ok was a hard hit. It was also so very good to see Federico Sceriffo get to fully enjoy the Long Beach weekend the Ferrari was looking very good. Also it was so good to see a full bracket of drivers and not having to sit through so many bye runs. Hope the sport can continue this growth of drivers. 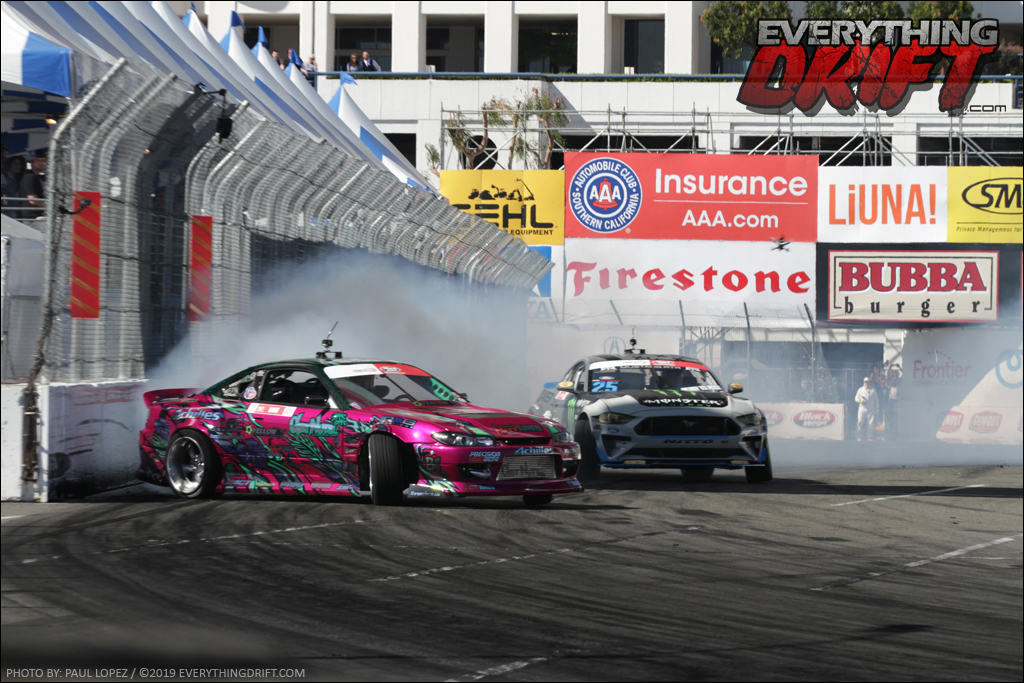 Forrest Wang has continued to develop his driving style and prove he is a driver that is always posed for the win and showed us he is willing to push his car to the limit to put down some amazing run. Wang would defeat 2010 Champ Vaughn Gittin Jr. in top 32 and Piotr Wiecek in top 4. 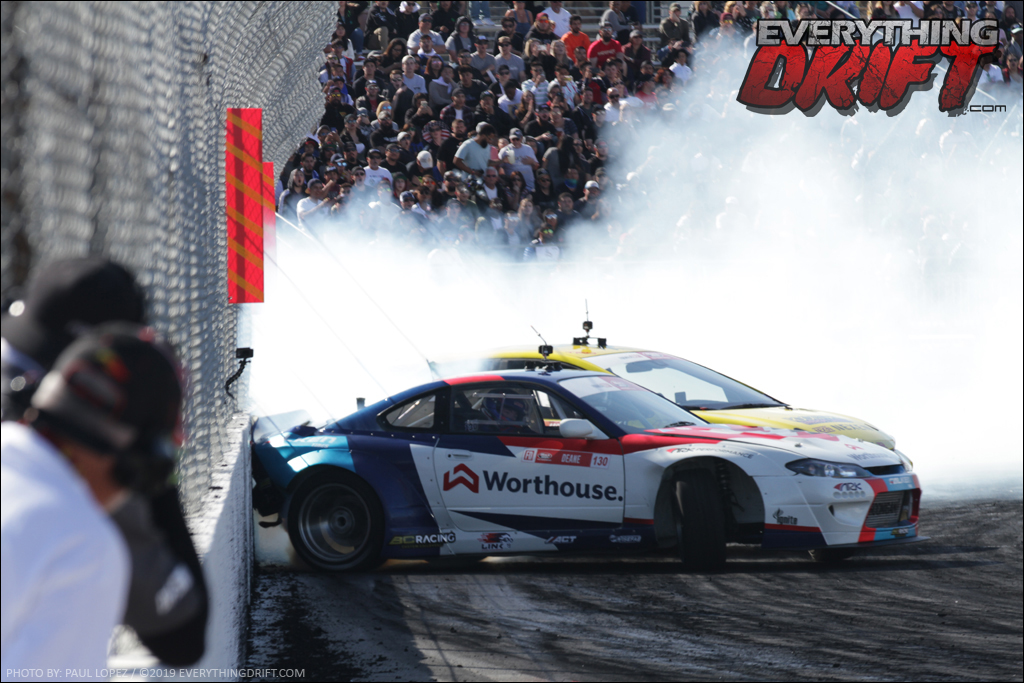 Champ vs Champ,  Aasbo would match up against Deane in the top 4 battles. Both Driver’s are skilled at being right on the door of the lead car. What a  battle it was but Aasbo would edge out the win and move on to face Wang in the final 4.  was kind of strange seeing both Worthhouse drivers sitting up in judges tower and not battling for the win. 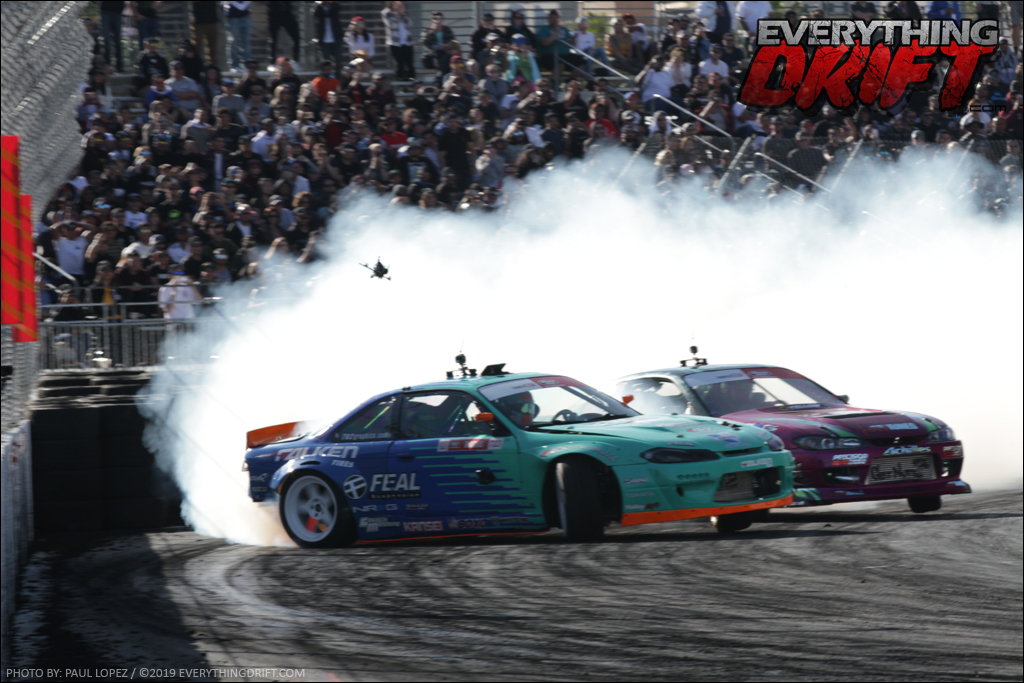 The Finals would see Odi Bakchis take on Forrest Wang. The Battle of the s chassis and what a battle it would be. Both Drivers have seen a rise in there skills over the years and are ones to always look out for during the events. 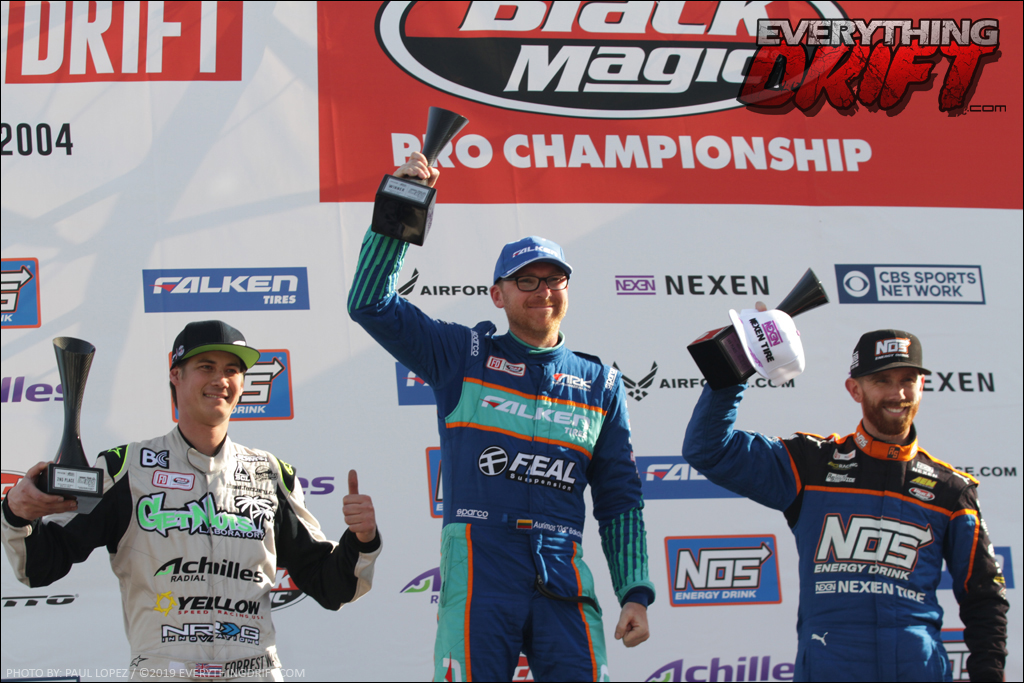 Bakchis would edge out Wang in a hard-fought battle claiming his 4th Fd 1st place podium position With Wang missing out on the top spot yet again. But we all know it’s a matter of time befor we see him take the top spot and claim his first Pro win. Forsberg would end up in 3rd place based on him qualifying higher than Aasbo.   the 2019 season kicked of with one exciting event and it looks like this year could be a year of mix up all throughout the series, and we so can’t wait to take it all in. 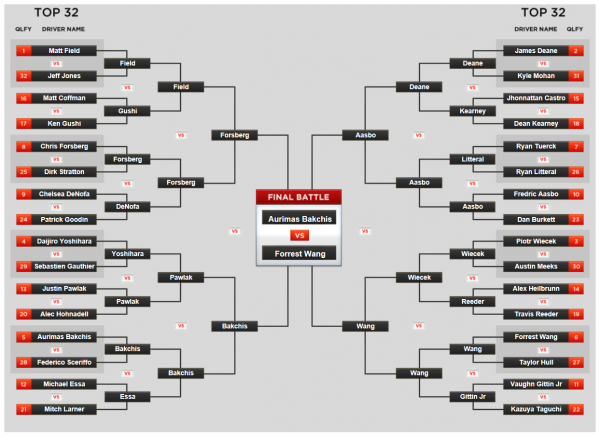 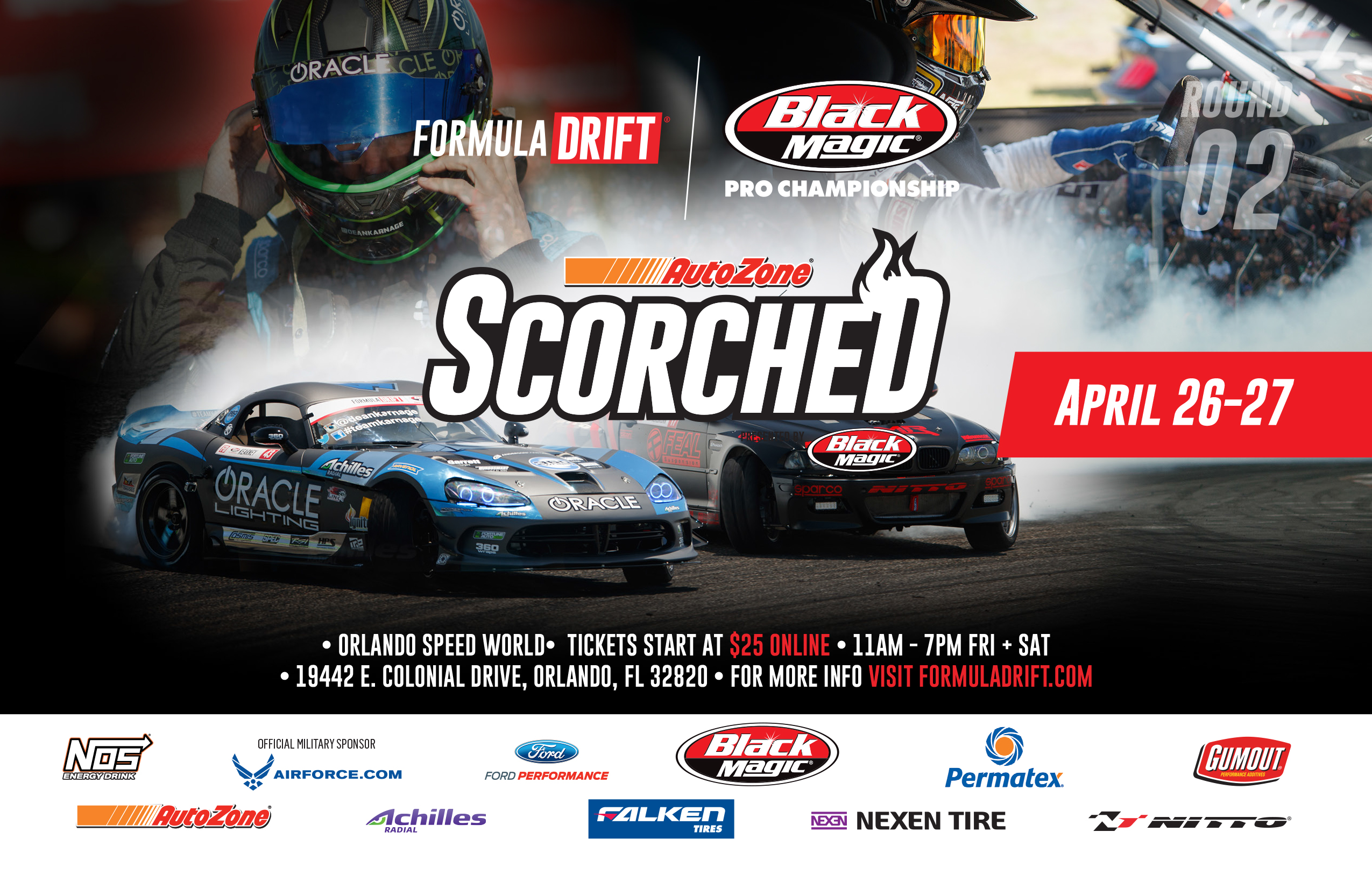 Next stop for Formula D will be in Orland Florida at the Orlando Speed World. We can’t wait to see what action Rd.2 will bring us.