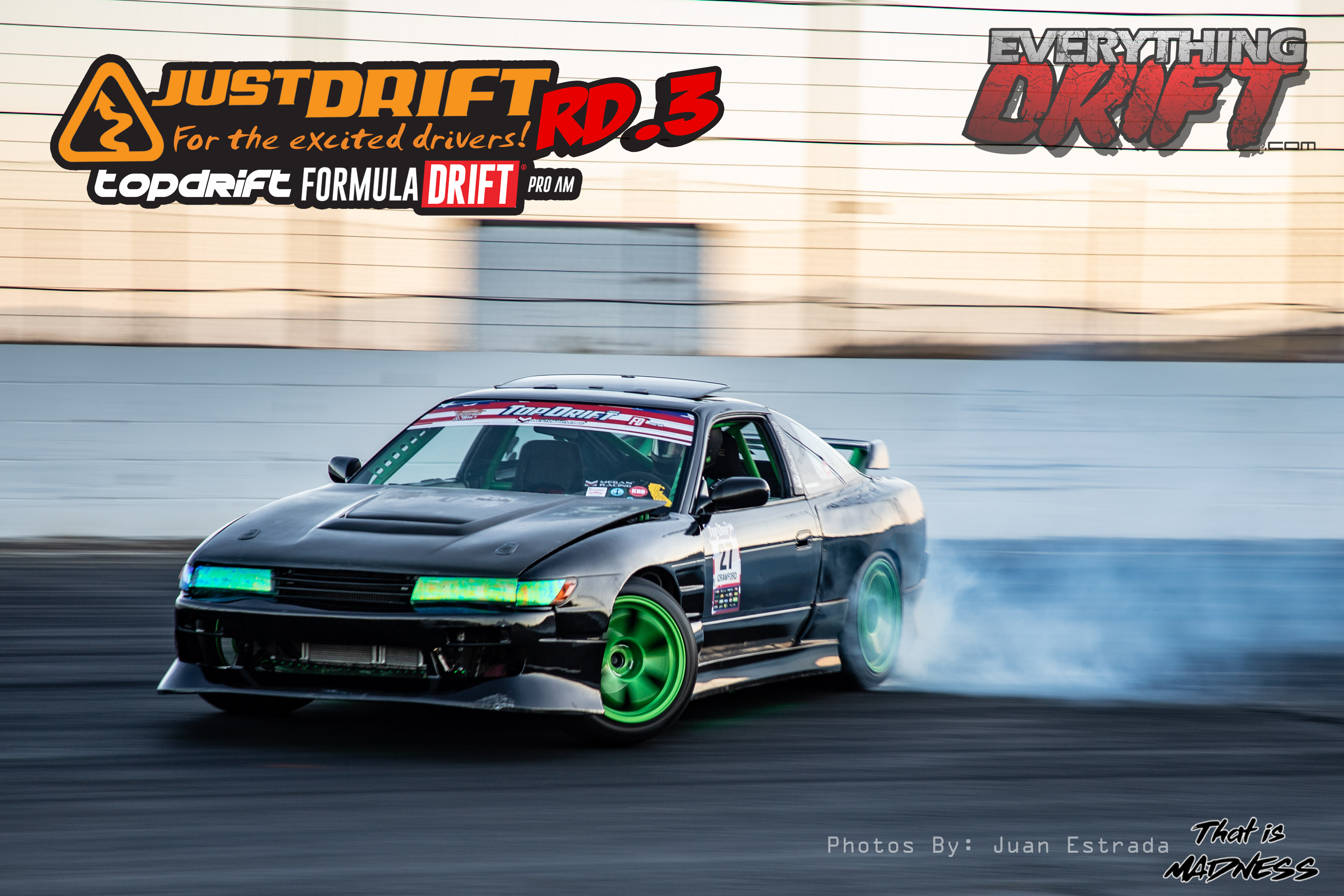 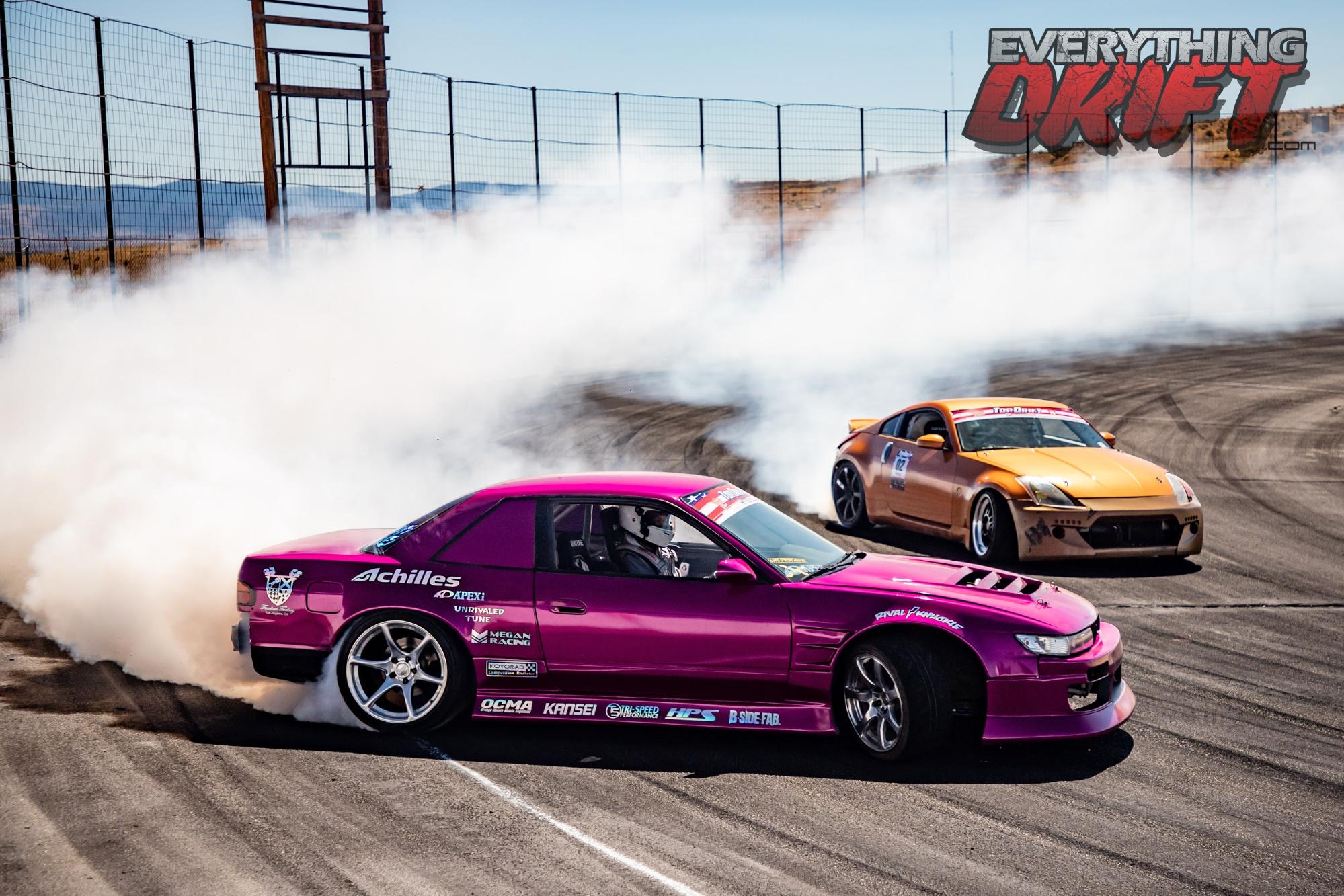 What makes round 3 crucial this year? Previously, JustDrift would hosted four events per year but this year, they are only host three. This makes a huge difference in points since round three now counts as double. This means everything can change just on this round alone. 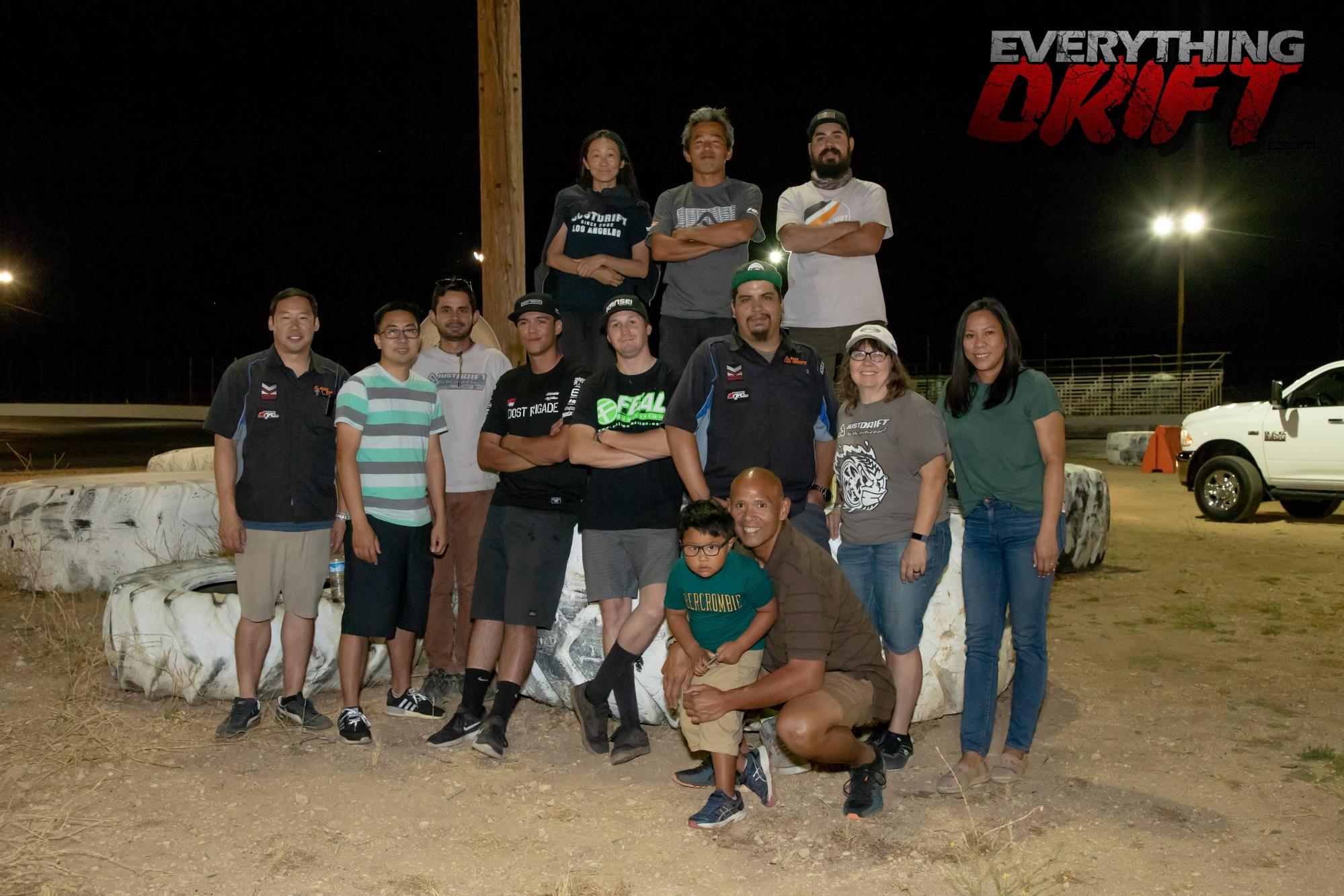 Before we move on, we want to thank JustDrift and their staff members for hosting another year at Willow Spring International Speedway. JustDrift has been around since 2002 and there is no stopping them. They are committed to their drivers and allowing them to pursue a career in drifting. Every year, the judges are formal or current pro drivers and they are always encouraging the drivers to ask for feedback. 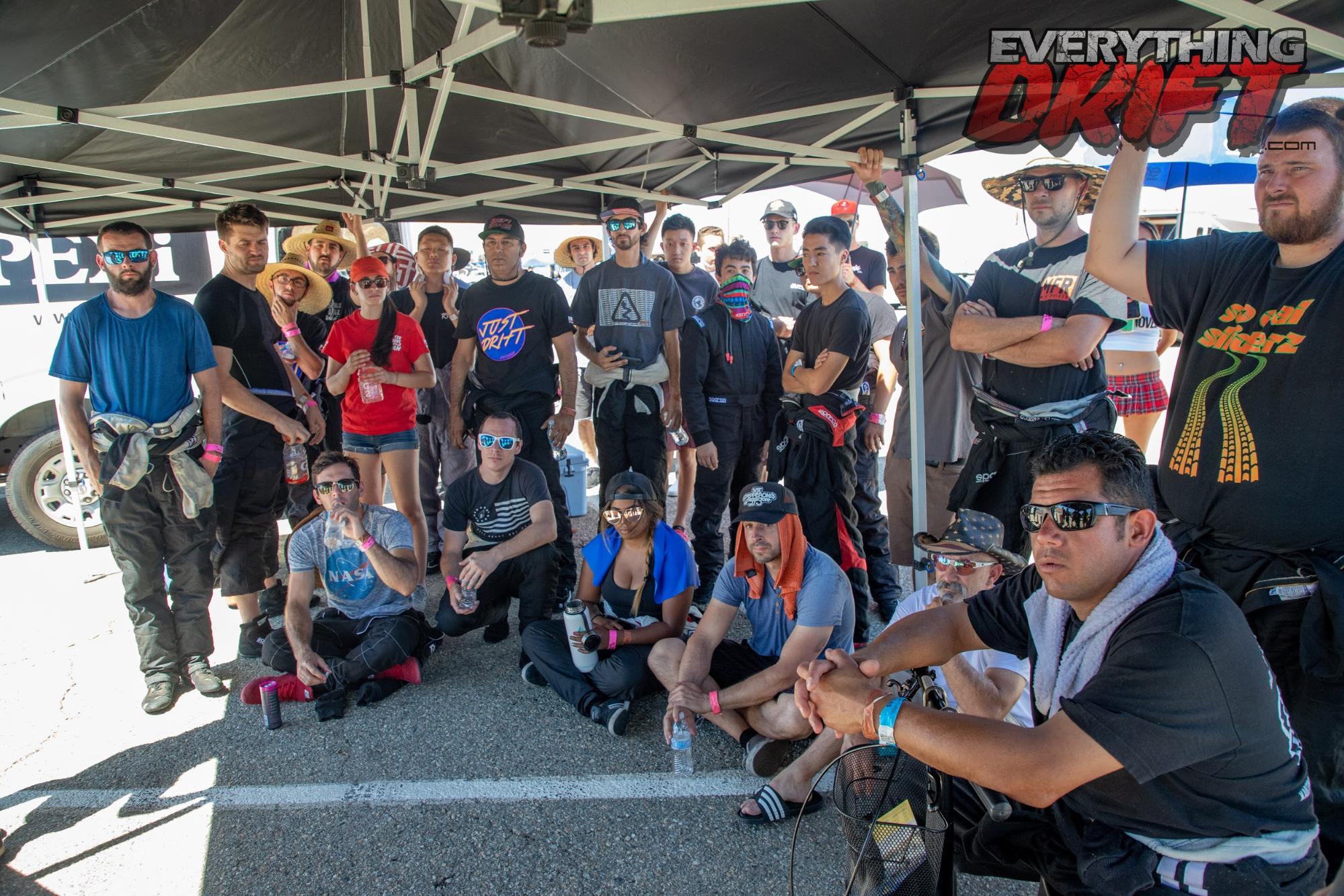 We start TopDrift round 3 with over 24 register drivers at Willows Spring International Speedway in Rosamond, CA. The last round was held on Speedway (AKA Oval) track. This track measures at ¼ miles with walls all around the outer track. Just like every year, the last round is held at night to avoid the over 100 degree heat. 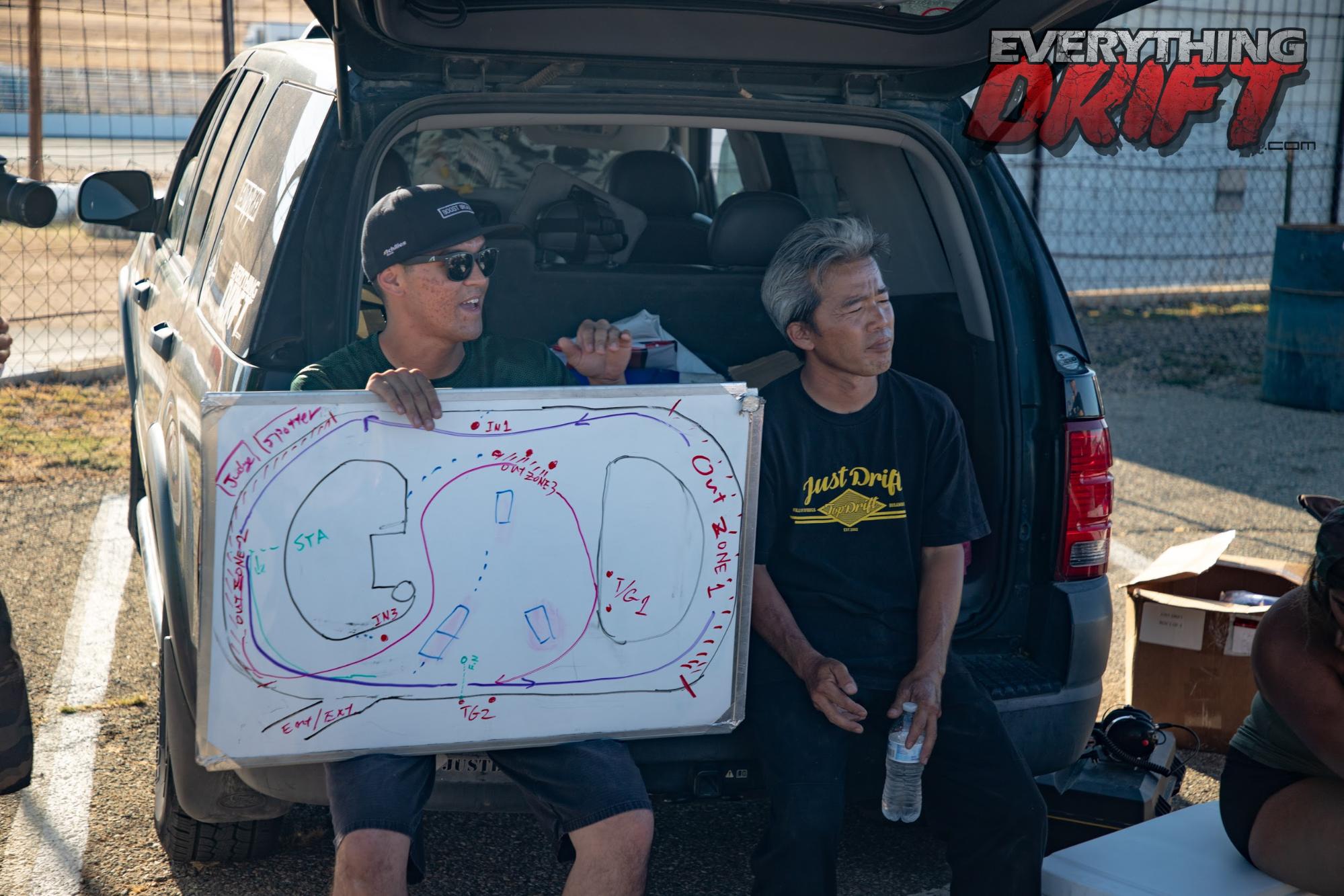 The track layout is completely different from last year. Here you can see the layout for this year compared to last year. 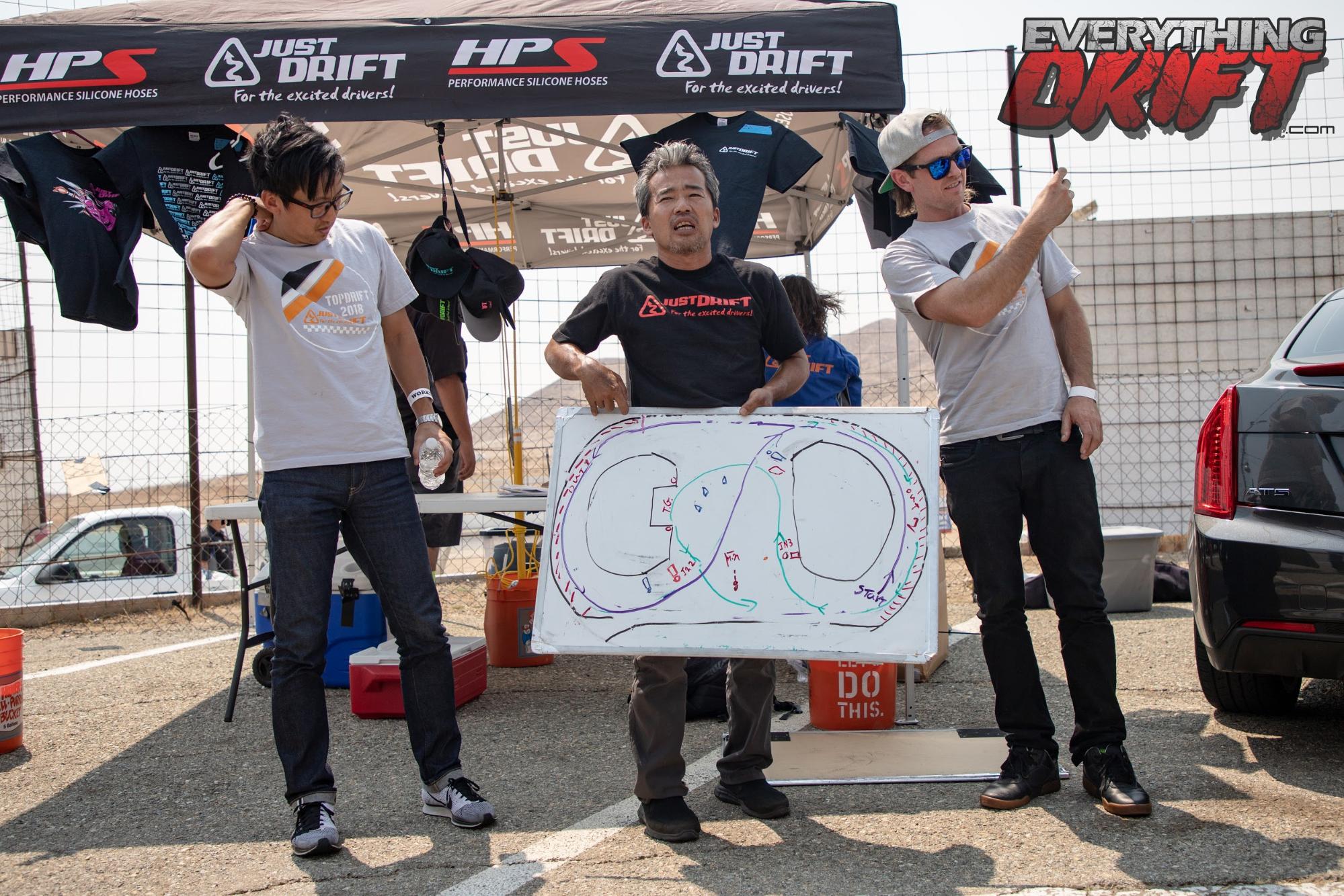 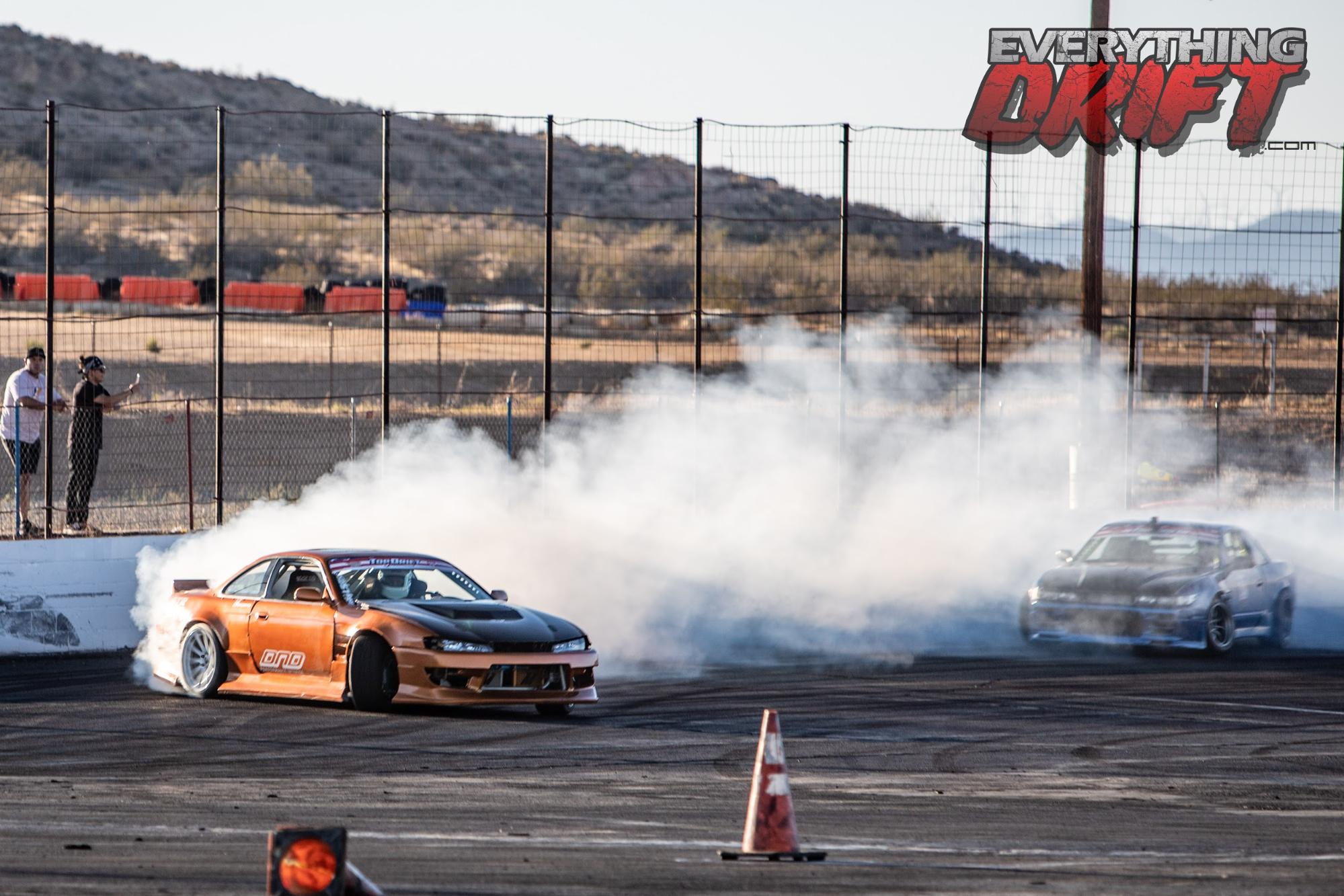 Drivers had Friday to practice their runs and make any adjustments needed. On Saturday, they had a few hours to practice before qualifying. The goal is to score high and make it to Top16. 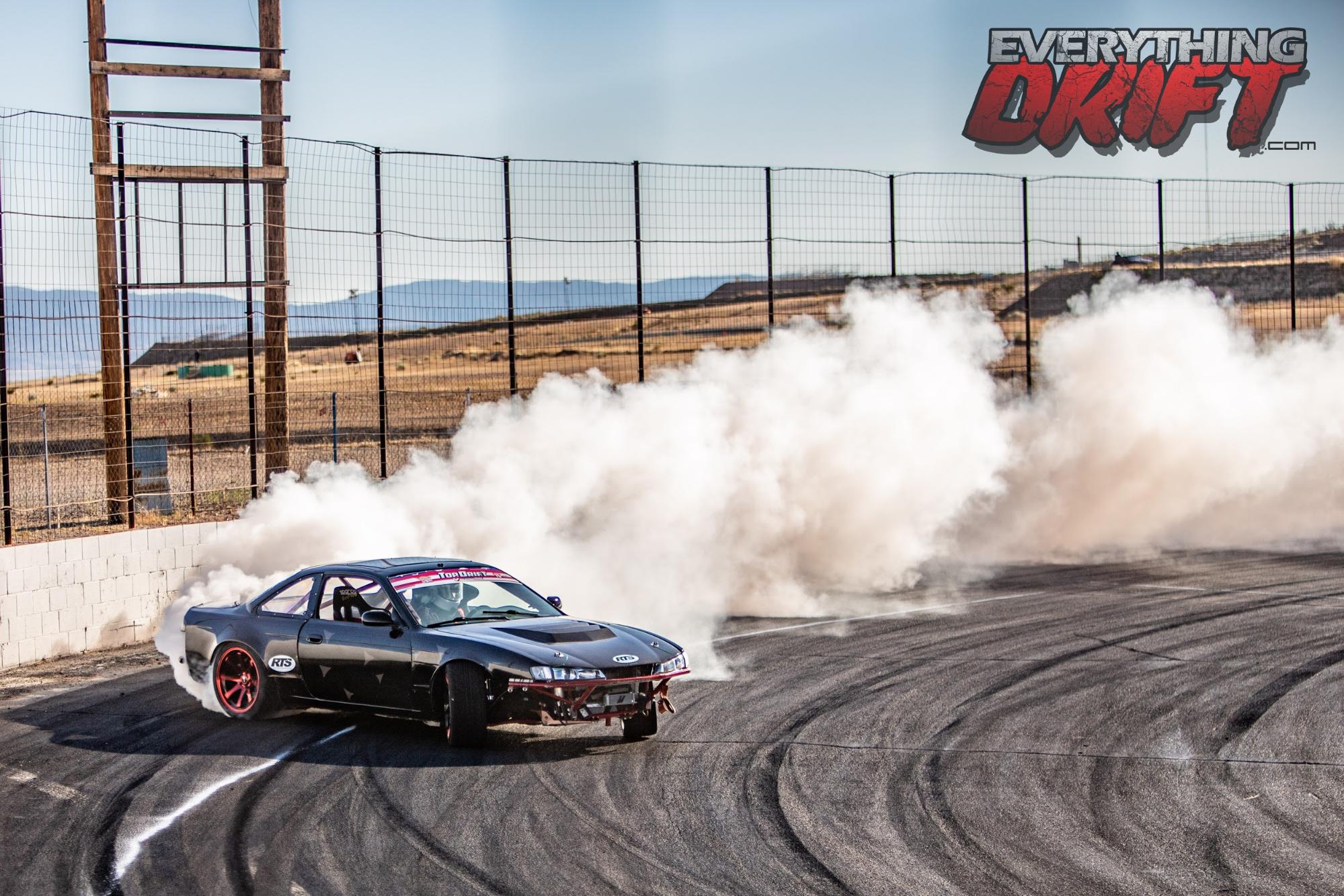 Dominic Martinez (@dm.motorsports) makes a surprising visit. He is last year second place winner for TopDrift 2018 series. This was the first time we have seen him since last year and we were glad to see him again. He qualified third and made it through Top 8. He lost against Micah Diaz. 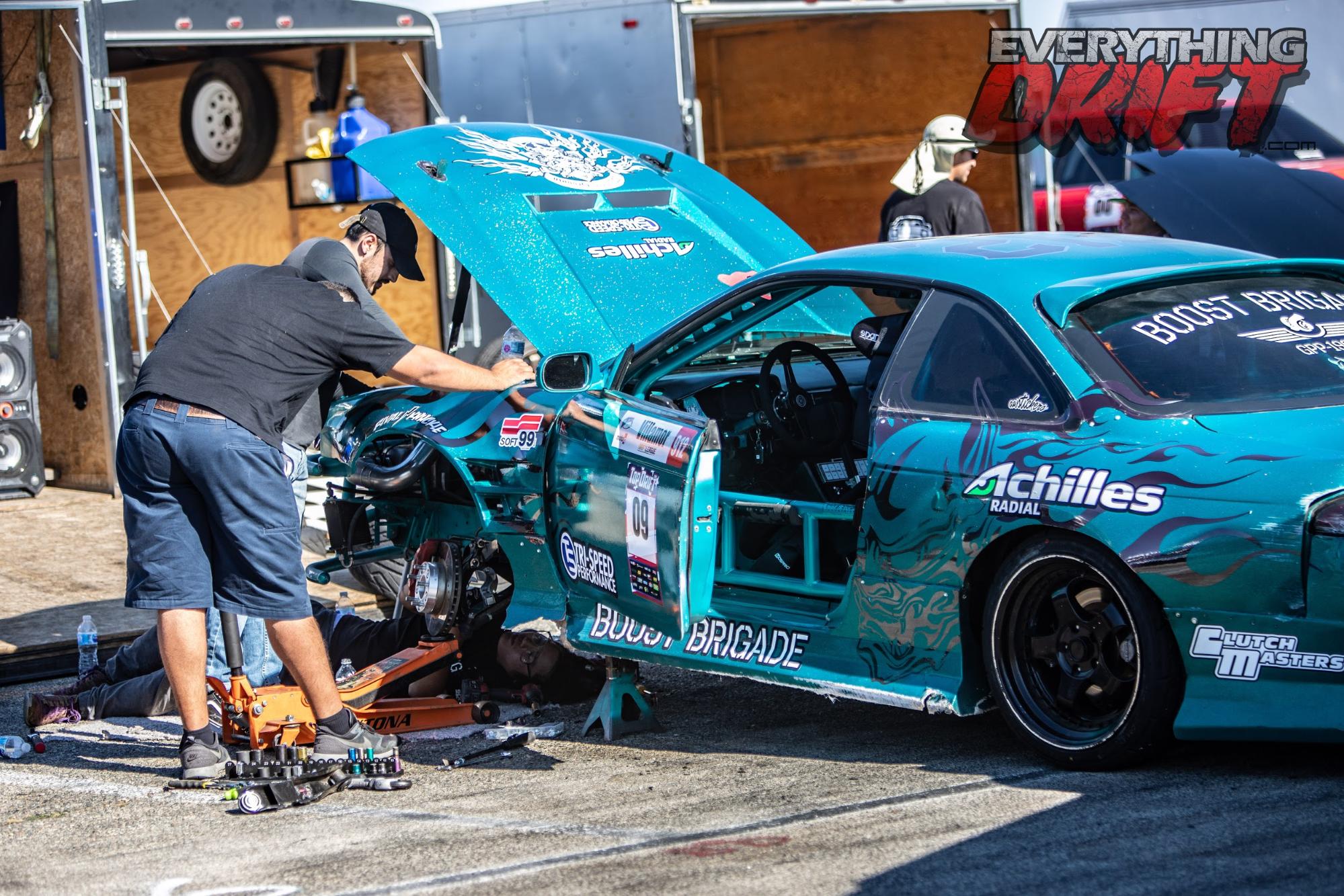 Just like at any drifting competition, things will break. That is the nature of drifting and in motorsports. Here we have Meliton (@meliton.villamor) and his crew fixing the lower control arm right before qualifying. Unfortunately, his car did not do so well and could not qualify. 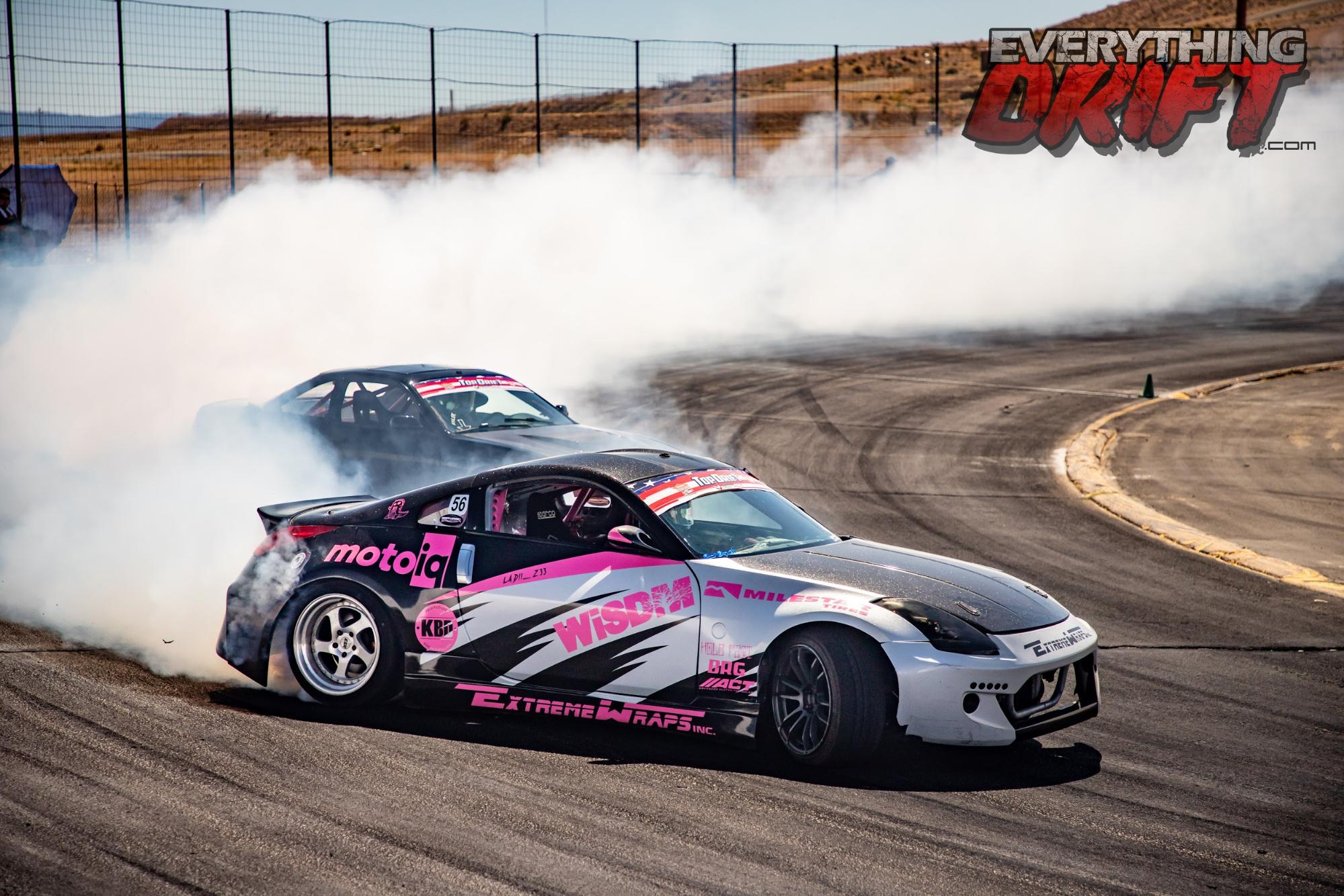 As she returns from her 2-year break from competing, Rathyna (@ladii_z33) has made a comeback. Her initial plan was to only compete round one for fun but ended up finishing the serious strong. She made Top 8 for round three, breaking her personal goal. Overall, she landed 13 out of 39 for TopDrift 2019 series. 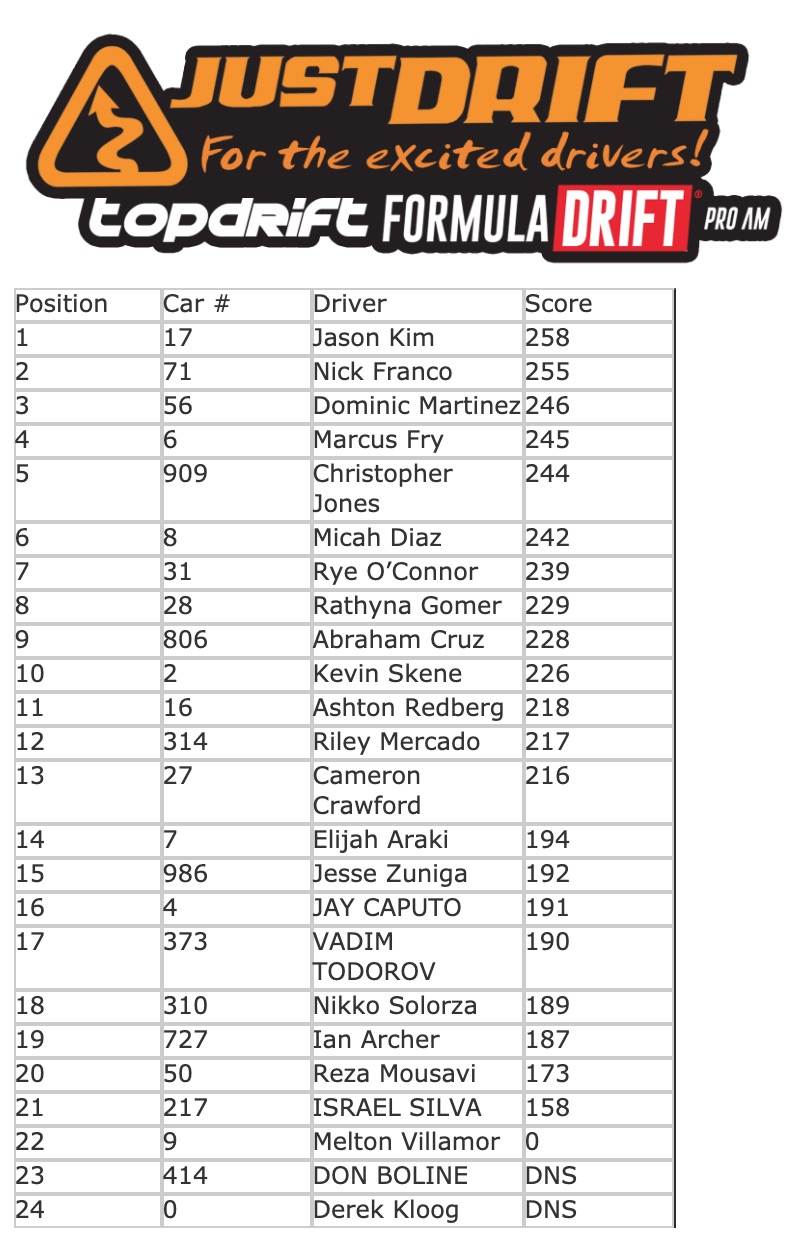 We are the qualifying points for round 3. 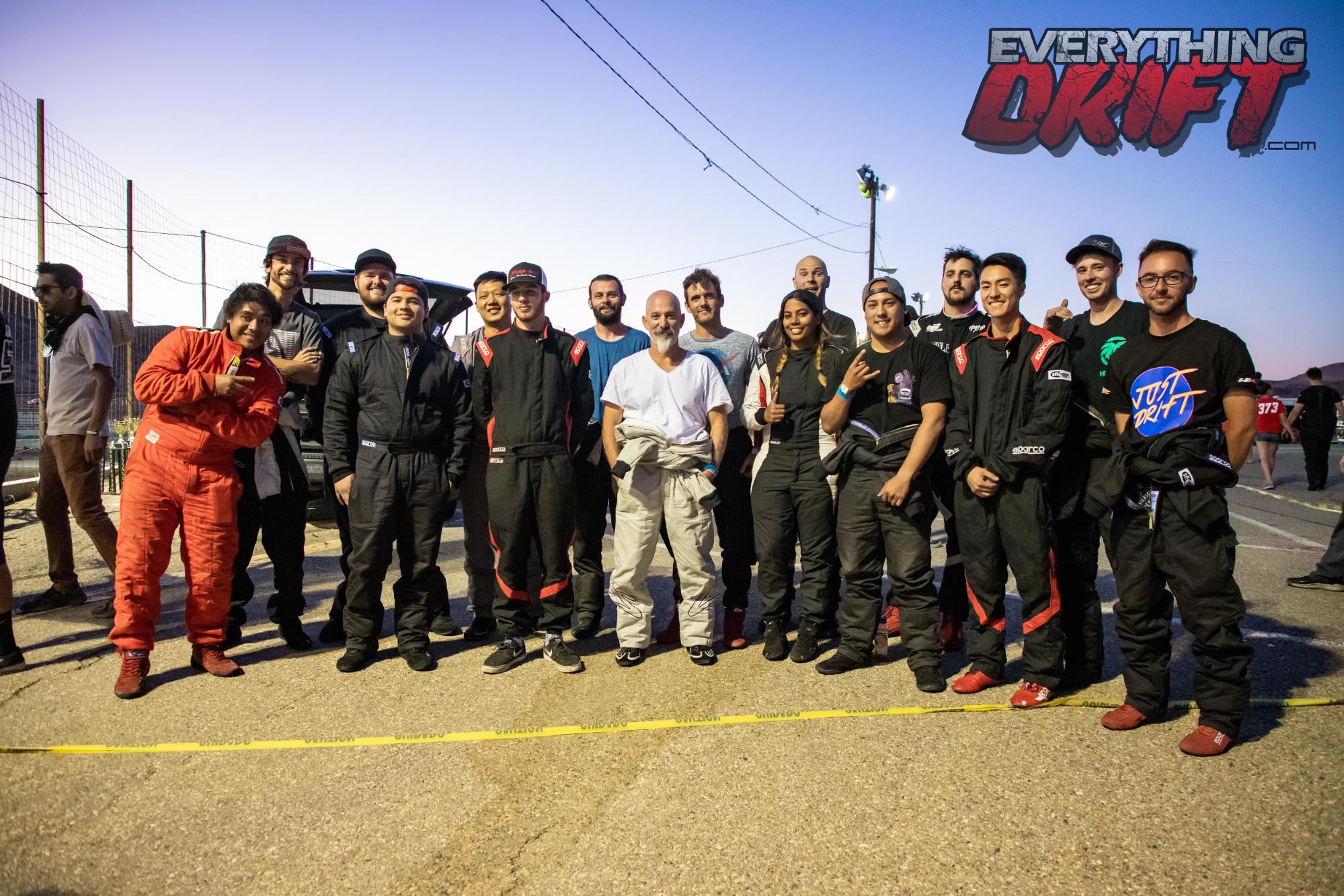 Here are our official photo of our Top 16 drivers. 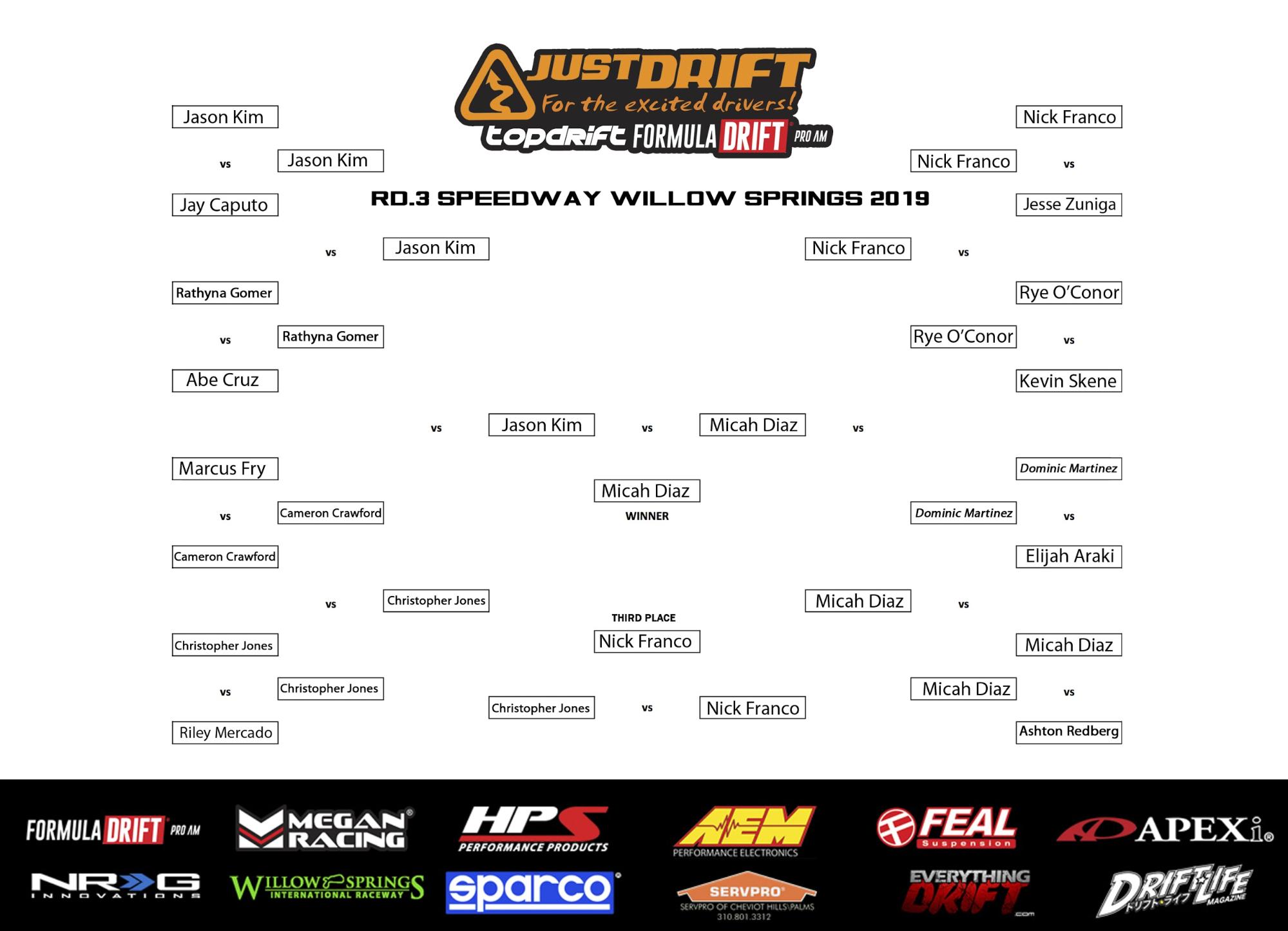 This is the bracket for round three. 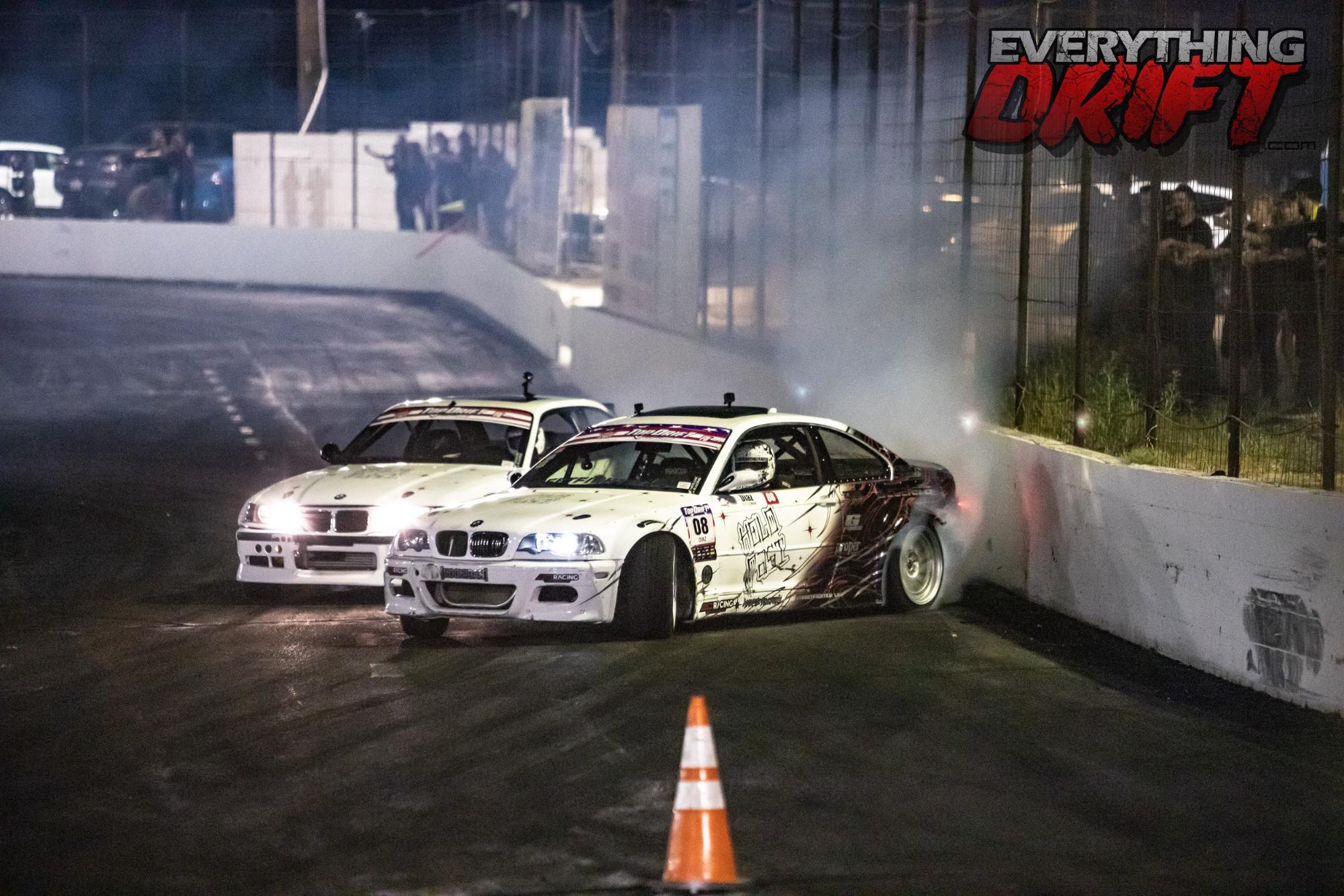 One of the most difficult battles was with Micah vs Nick. They been practicing tandem against each other since round one. They are both very familiar with each other techniques and runs. For this reason, this battle was the most difficult to judge. After a few one more time, Micah takes the win and goes to the finals. 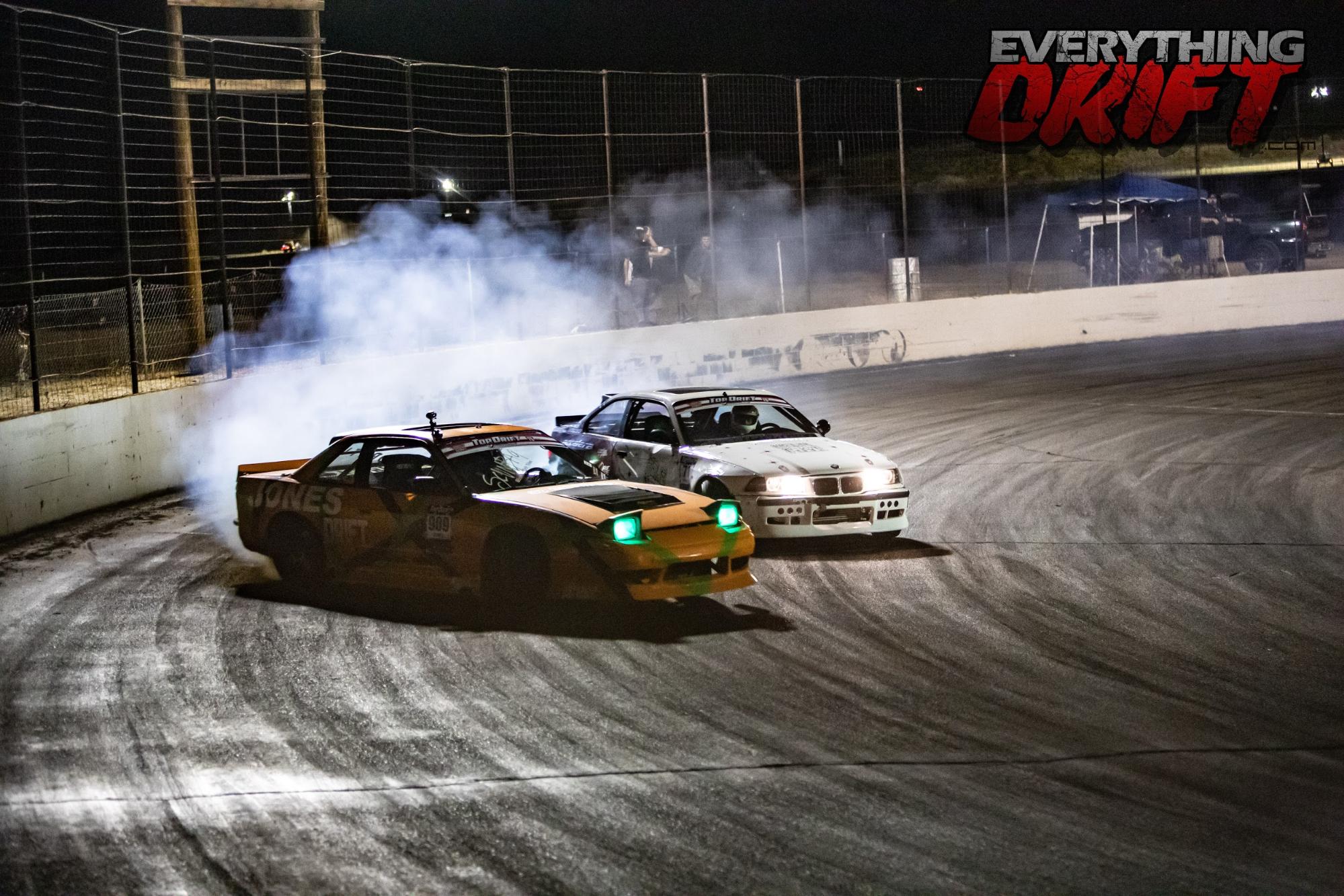 Chrispterpher Jones battling it out against Nick Franco for third place. Nick took the win and third place. Chrispterpher did not leave for the night, knowing that he still had a chance to take third overall in the series. 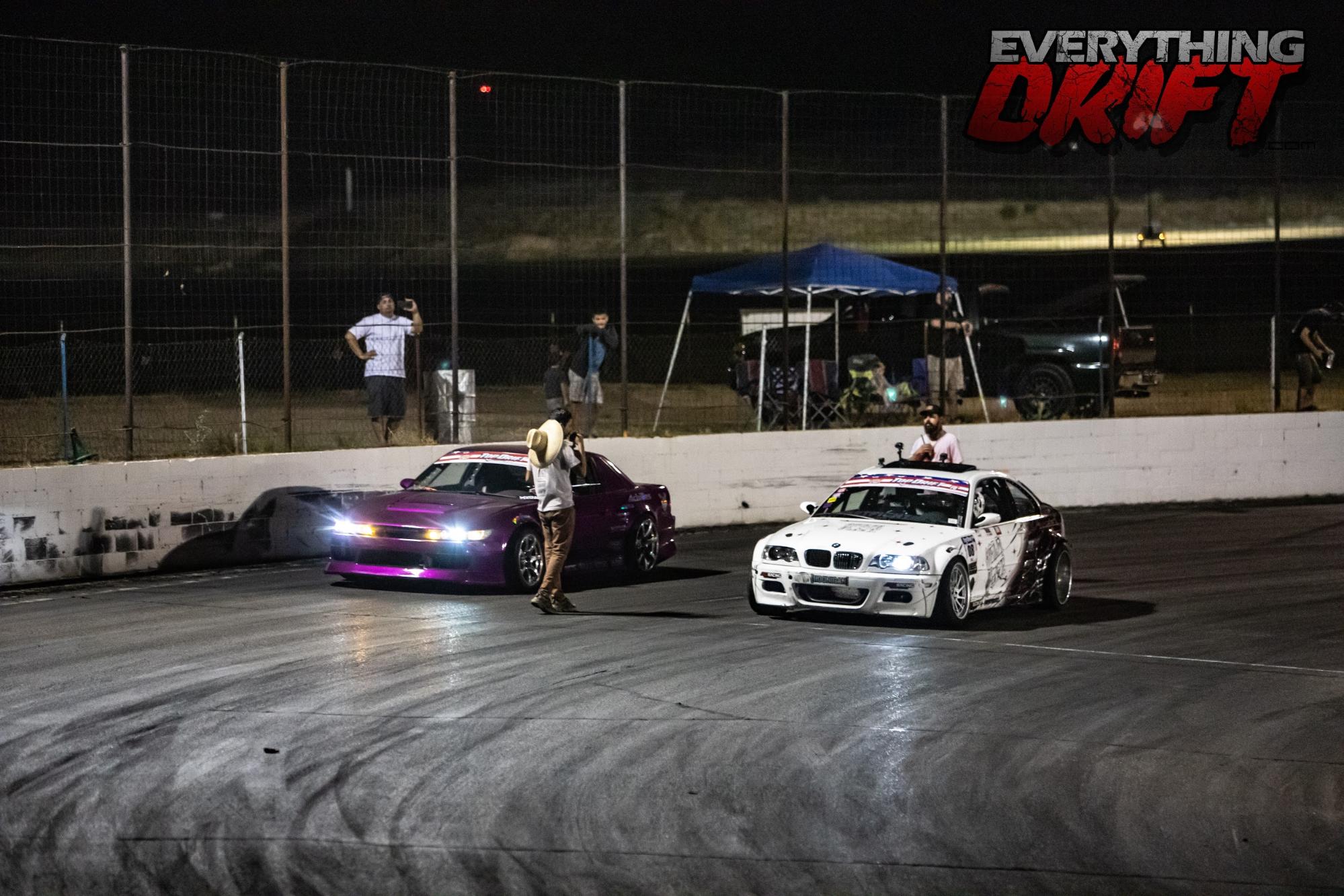 Jason Kim (@rivalautoworks) and Micah fighting for first place did not go as planned. Jason was leading for their first match. During their first turn, Jason and Micah made contact which caused Jason to hit the wall. Thankfully, Jason was okay but his car told a different story. 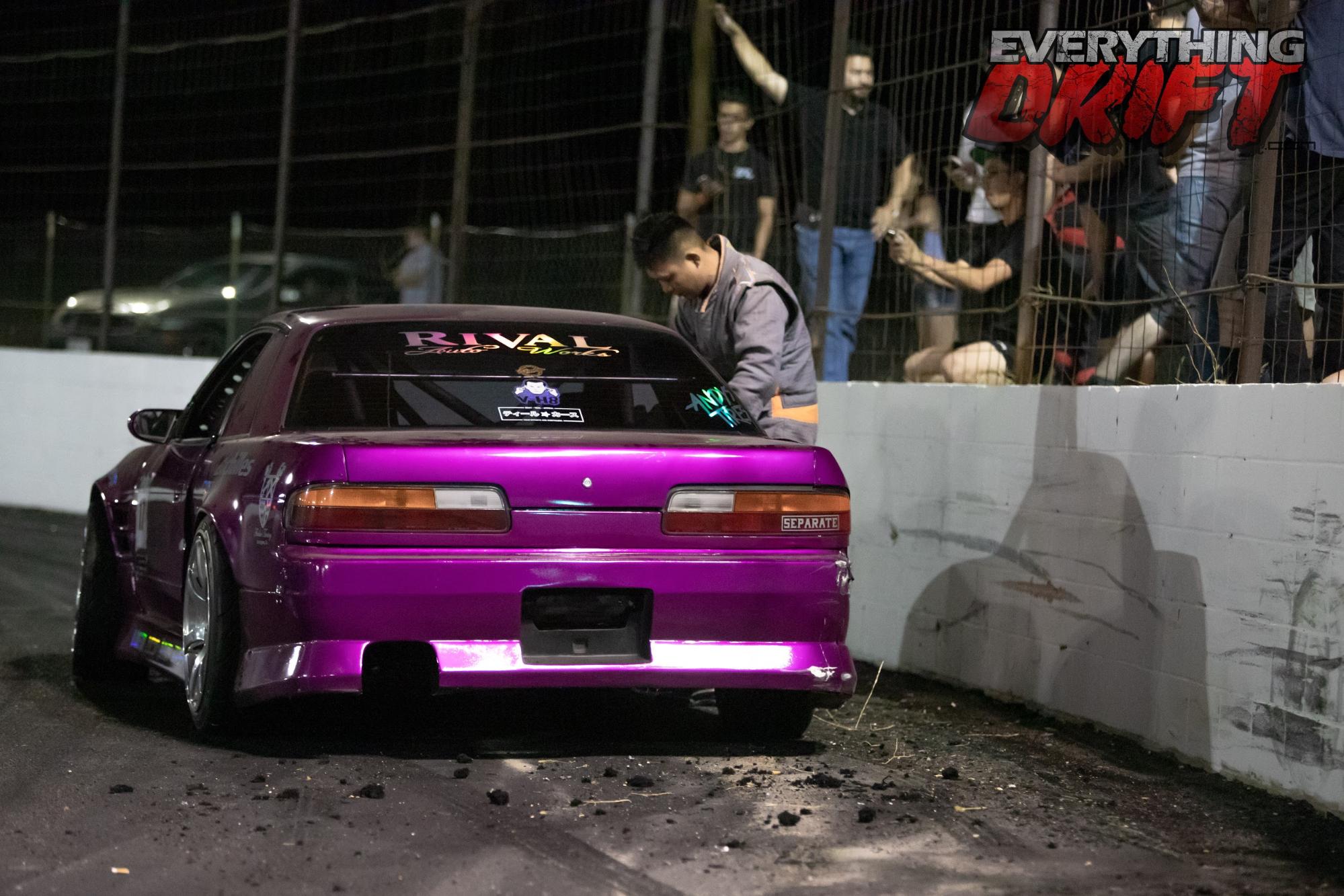 Jason’s car was irreparable for the amount of time he had to get it running. Due to that, Jason took second place. It was not the way we would want to see the last battle end but this is the nature of motorsport. Vehicles will break and accidents will happen. 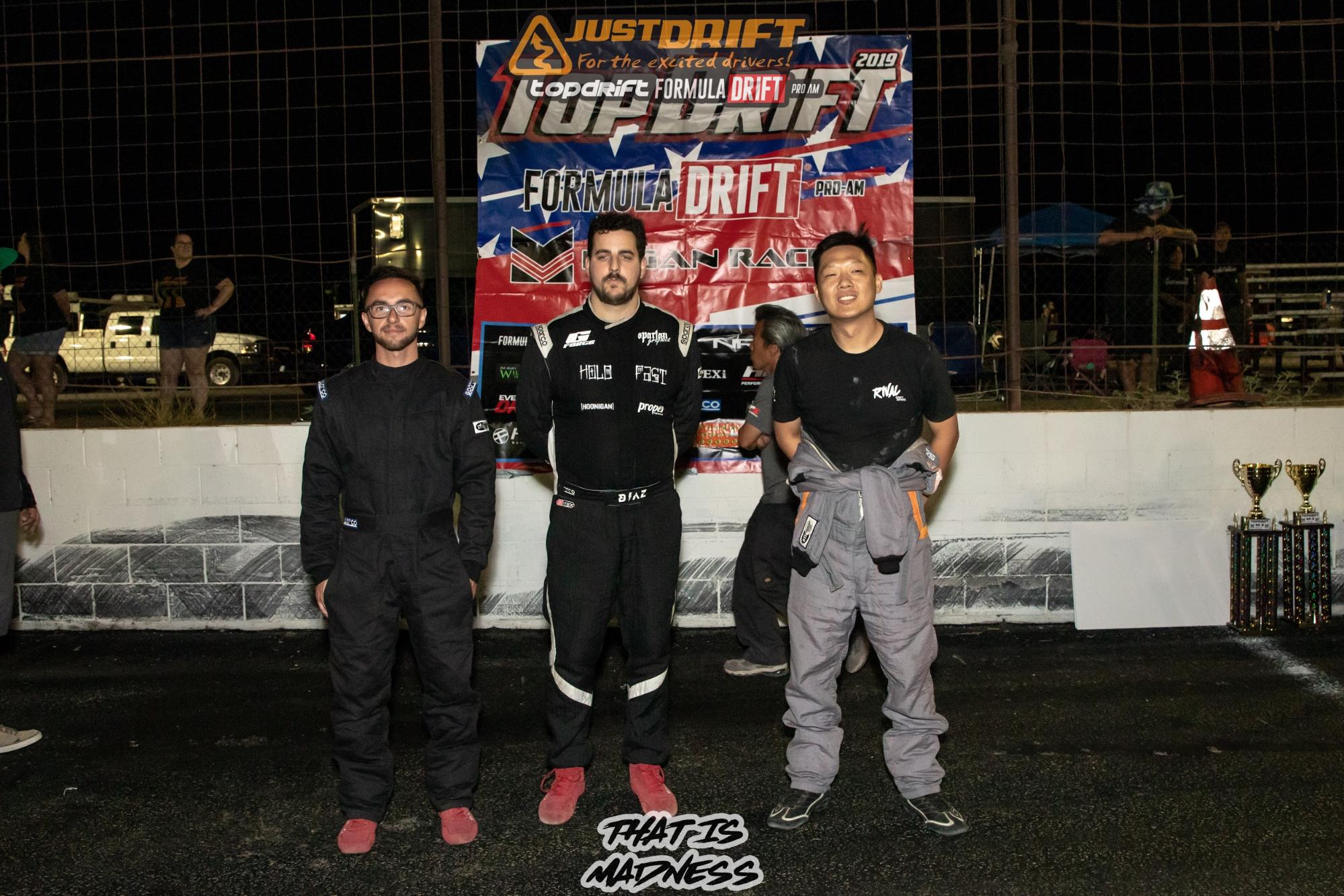 We want to congratulate the winners for TopDrift round 3. Micah Diaz takes first, Jason takes second and Nick takes third. 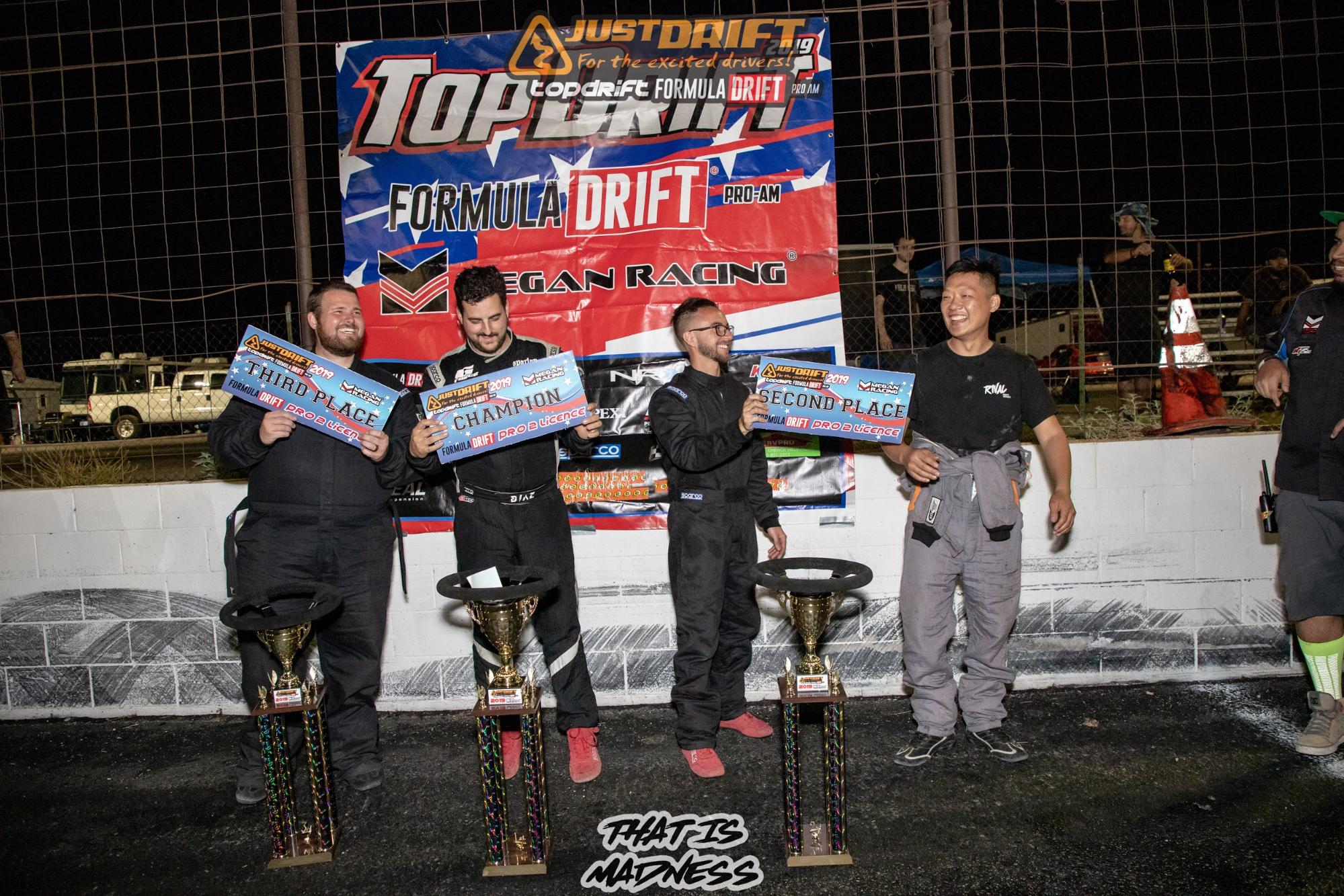 As the judges announced the champions for TopDrift 2019 series, we are caught in a surprising twist. There was a tie for second place, which means we have four podium this year. Christpher takes third place, Jason and Nick take second and Miach takes home the championship. We want to wish them the best of luck next year. 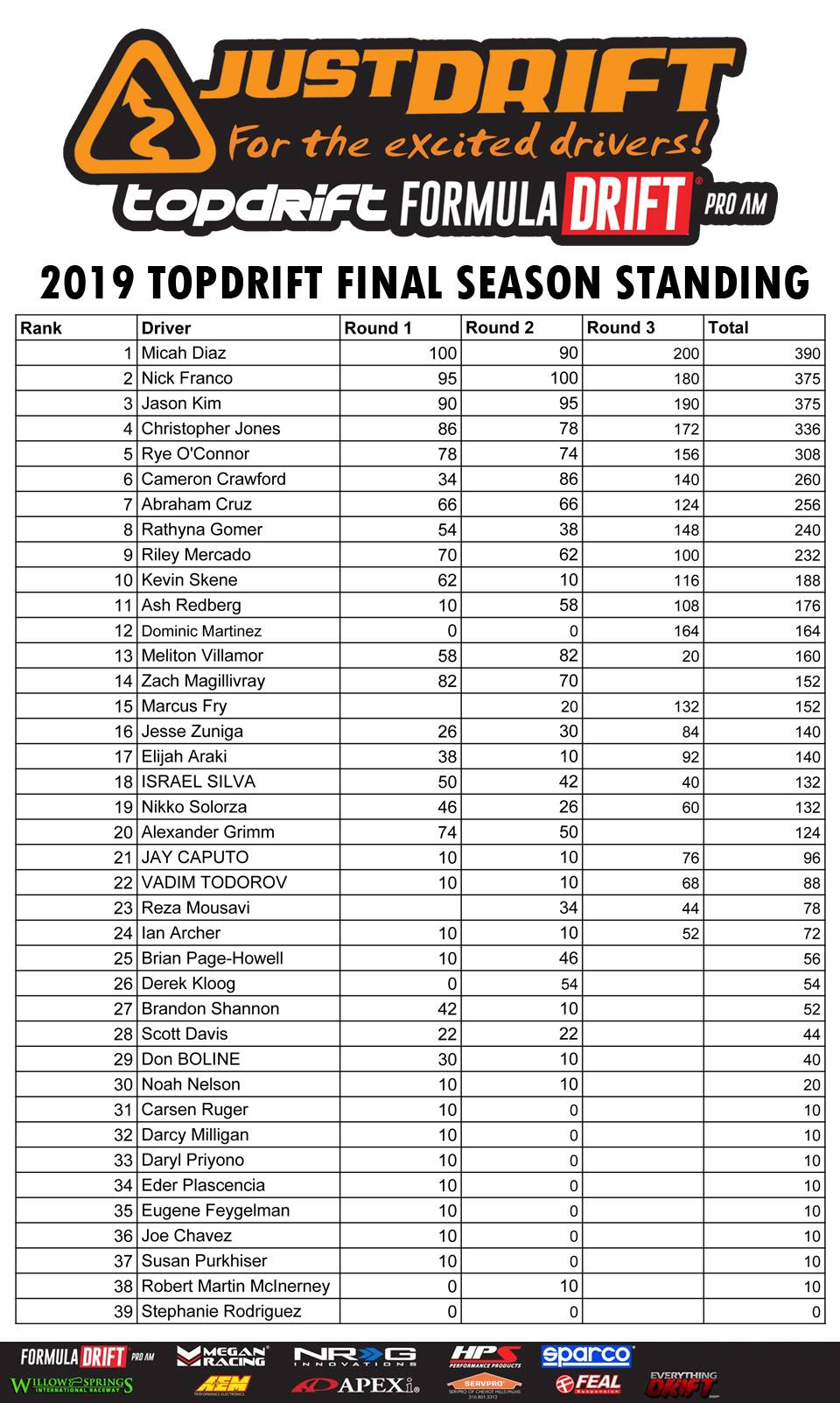