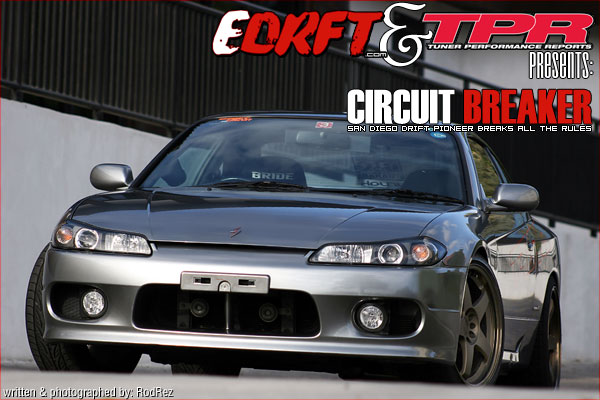 Maybe it’s the fact that the Silvia is a well balanced, front engine, rear wheel drive chassis, perfect for the competitive motor sports crowd. Those interested in further tuning, have a huge array of aftermarket options, where the parts bins are virtually overflowing with support in performance, suspension, and cosmetic upgrades. Offering some of the sexiest curves that Nissan has ever produced, it may just grab your attention all at once, the same way that it did for Dan Greenbank of San Diego CA. END_OF_DOCUMENT_TOKEN_TO_BE_REPLACED

This weeks back in the day shots takes us to Sand Diego 2005.  Drift Circuit I remember launched this series that lasted for a few events down at Qualcom Stadium.  Theres more of a story into why it ended, but it was fun while it lasted.  With a gallery of over 280+shots enjoy it all here!!