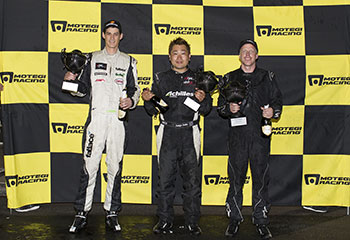 The Motegi Racing Super Drift Challenge for the second consecutive year brought motorsports action under the lights during the annual Toyota Grand Prix of Long Beach with a filled capacity within Turns 9, 10, and 11 of the famous street course. Sixteen of the top Formula DRIFT drivers competed for a $25,000 prize purse. Eight vehicle manufacturers and seven tire companies were represented in the competition.

It is an honor to be able to bring drifting to the masses during the 40th annual Toyota Grand Prix of Long Beach, stated Jim Liaw, president and co-founder of Formula DRIFT. And to be able to showcase our sport for the second year in a row under the lights on the city streets is something special.