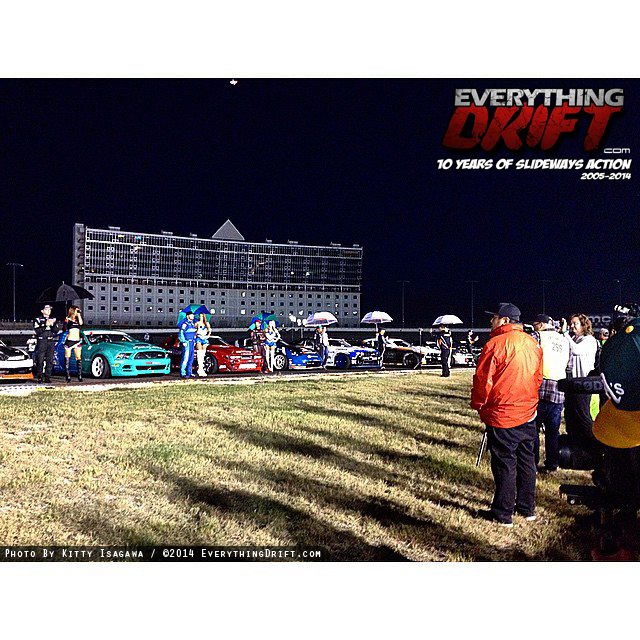 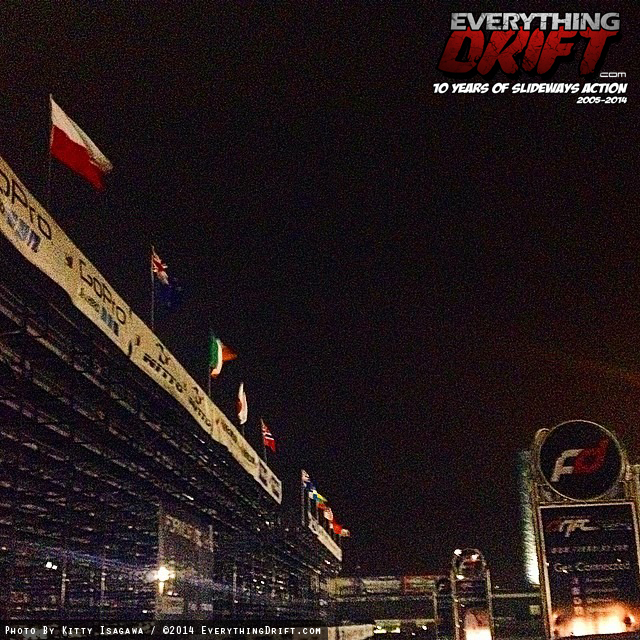 Texas was the return of round 3 for the Pro2 series. I must say, I’ve become more and more excited about Pro2. Seeing the new drivers and their talent, I’m realizing I am actually looking at the possible future champions of Formula Drift. It will be interesting to see how they progress over the years to come. I would encourage all the fans to come out and support the Pro2 Series and enjoy more of the excitement Formula Drift has to offer. 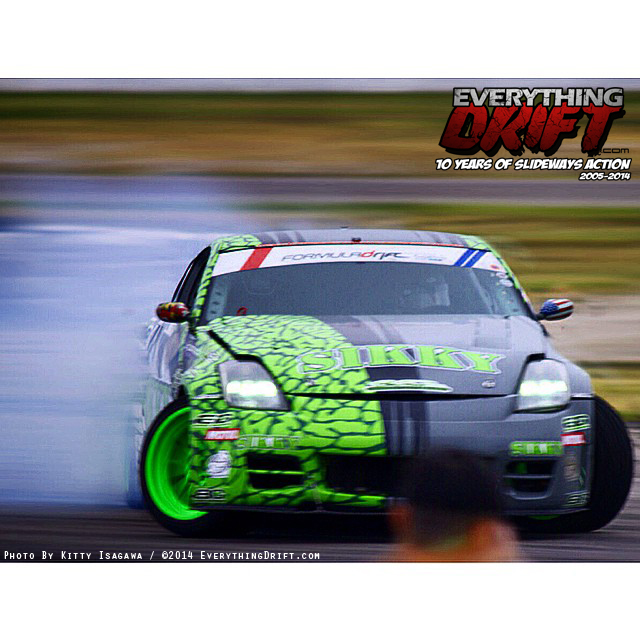 Brandon Wicknick (1st), Nate Hamilton (2nd), and James Evans (3rd) put on one heck of a show and thoroughly deserved their places on the podium.

I can remember back while growing up, hanging out with my dad in the garage watching him build engines and heading out to the track. But in all my years of Motorsport I have never-ever experienced anything like Formula Drift. The door to door battles, the smoking tires, the cheering fans and the most relaxed professional staff of Formula Drift creates the most awesome and exciting atmosphere that your entire family can enjoy. 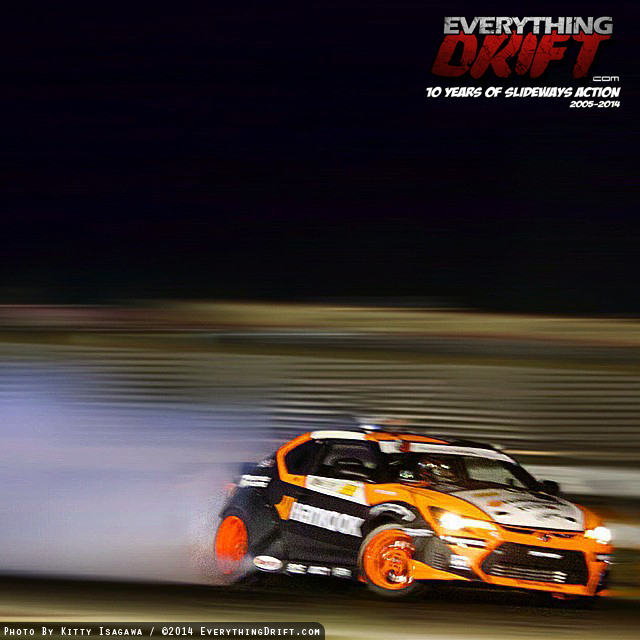 There’s the phrase everything is bigger in Texas, and when it comes to numbers on the speed trap I would say this is true. Watching the guys fly around the track at top speed, I’m telling you if you had to blinked, you’d miss them sliding by. 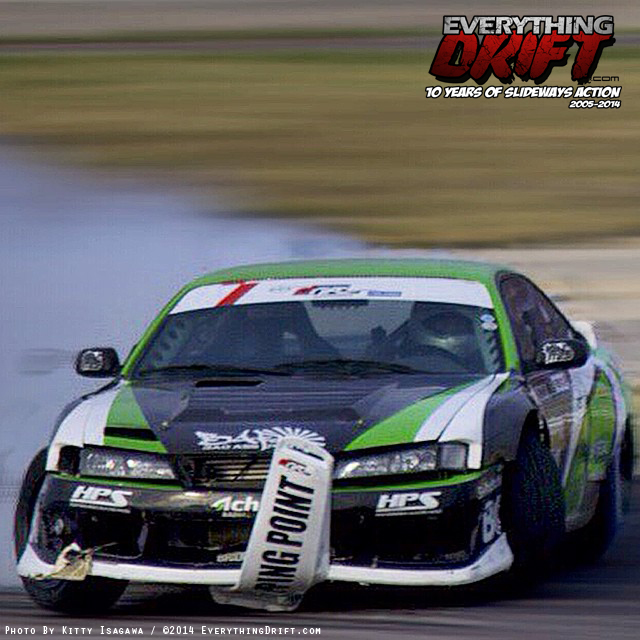 So how did things turn out?
It’s Hammer-Time! With a side order of shredded Hankooks. The Norweigian hammer Fredric Aasbo seemed to have brought the unseasonable cool weather to Texas, but he absolutely roasted the track. Fast Freddy remains in the number two point standings with Chris Forsberg still in the lead. If you’ve been following the series you will know that mathematically Chris Forsberg could have secured the title at Texas, but luckily for the fans it wasn’t to be, and that means we get to see the ‘Title Fight’ all the way through to Irwindale for the final battle of the season. 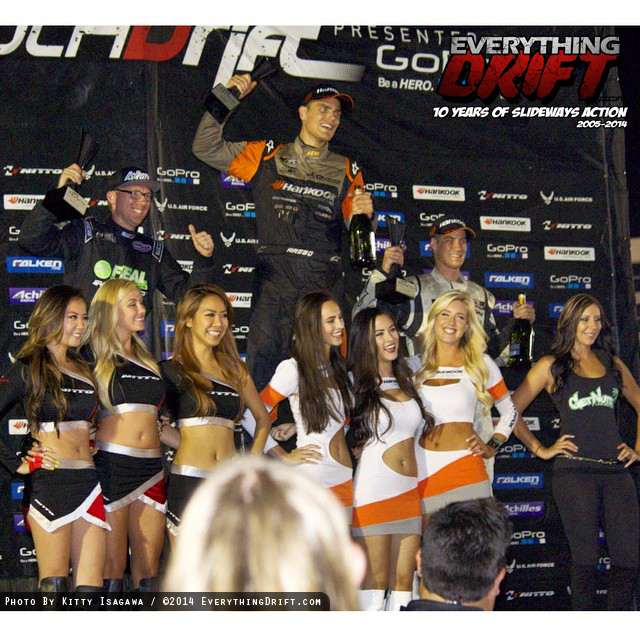 Texas Motor Speedway was a fantastic facility, and the BIG FLAT SCREEN was definitely a thumbs up. The turnout was great even with the cold weather. I was lucky enough to have VIP tickets again, and being that I was there on crutches, the accommodations that Formula Drift extended to me was truly VIP first class. 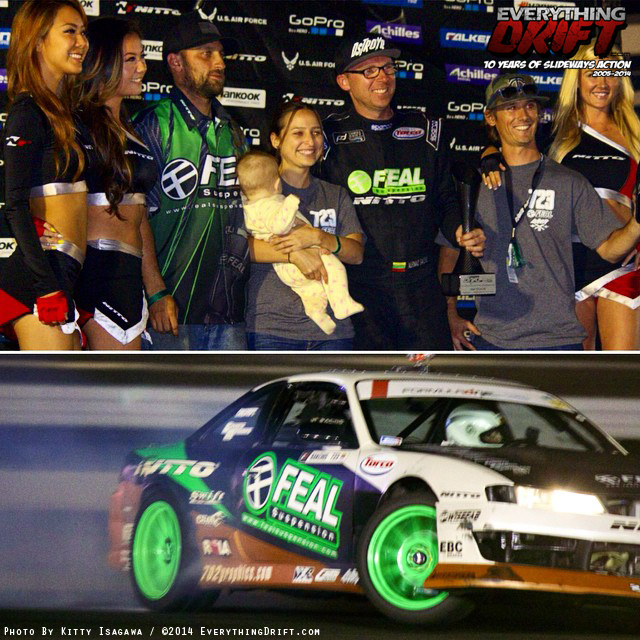 I’ve almost completed my goal of making it to every Formula Drift event on the U.S calendar this year, and there’s no distance, rain, or even crutches that will stop me. October 10 will see Formula Drift make its way to Irwindale Speedway and I’ll be right there in the thick of it to get up close and personal with the sport that I love so much. The intensity, the speed, the sound, and the atmosphere at Formula D just can’t be beat. The fact that the drivers’ championship is still up for grabs makes things even better.
I’m almost dying from excitement, but that’s what I love. Formula D – Nothing Compares!
« Case of the missing Gopro
Whiskey Garage Chronicles: Rd. 6 Texas – almost had an RB28 »