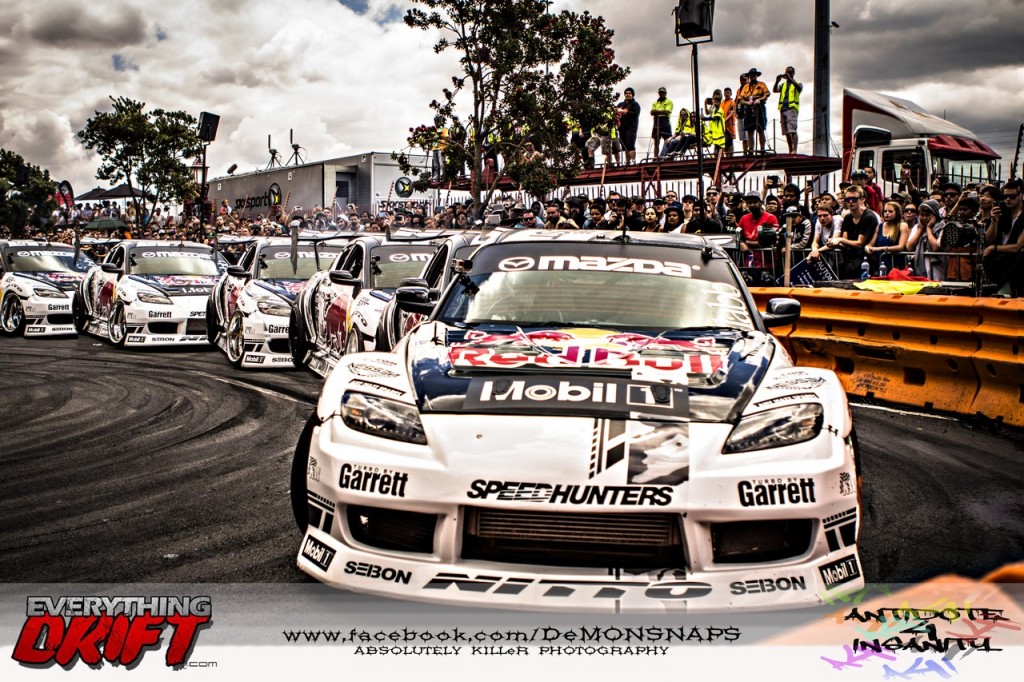 Red Bull Drift Shifters sparked life back into one of Auckland city’s busiest streets. Quay Street, lying between the Auckland Ports and City is usually bumper to bumper with traffic and the footpath bustling as people make their way into town.

For a day the street lay dormant while bollards and barriers were strategically positioned down the 300m stretch of road. Among the obstacles were a semi truck where the drivers could drift under the trailer unit, a speed tunnel to convert speed into points, and various obstacles and wall rides. All of the items were decked out with an array of proximity, speed and angle sensors. All of these were linked together so if the drivers displayed enough control and speed they could trigger multiple sensors and trigger massive combos. 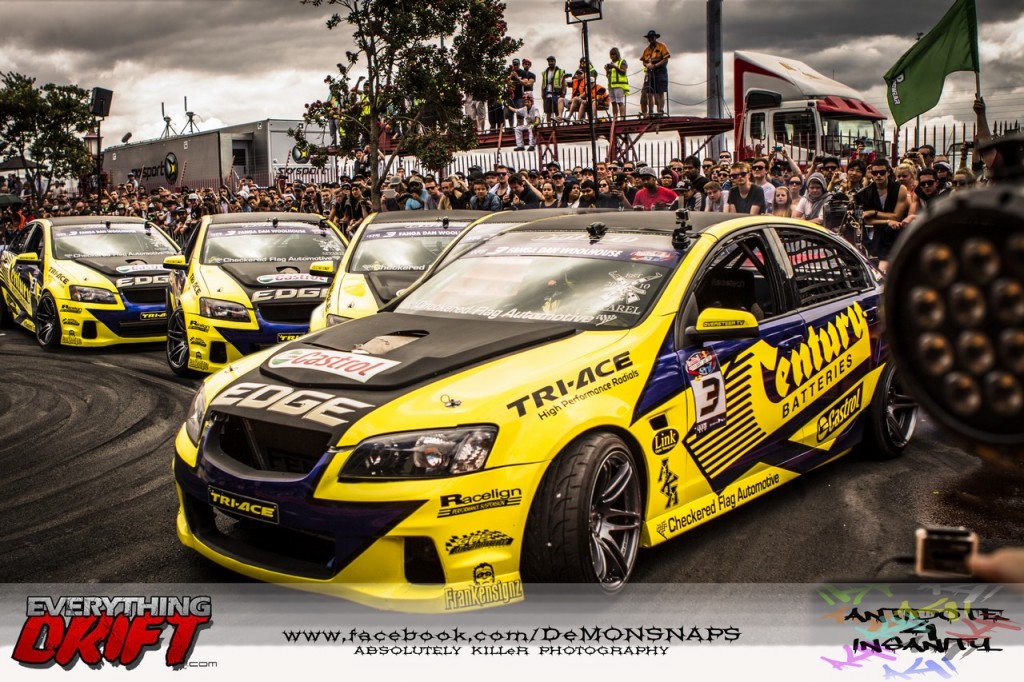 Think of it like pinball, with cars. It’s exactly how ‘Mad Mike’ Whiddett explains it. He is the man behind the plan, the Red Bull International drift athlete came up with this crazy idea of drifting and first set it in place at the inaugural Red Bull Drift Shifters in 2012. The game has since progressed and the skill level and drivers have also. With international drivers such as Daigo Saito, Chris Forsberg, Ken ‘Nomuken’ Nomura and Ryan Tuerck to name a few along with local talent including Andrew Redward, Gaz Whiter and ‘Fanga’ Dan Woolhouse behind the wheels of the Drift weapons the game sure had the crowds on their feet. And talk about crowds. The small area was packed out with approx 20,000 people bearing witness to this new type of drifting, all for free!

When I say new type of drifting, I mean the fact there is one car at a time, there is no judge, but there is a time limit. What this does is levels the playing field. If you stall out you don’t instantly lose, it only costs you time, you don’t have judging politics. It all comes down to the driver and their consistency. It is their ability to stick it to the wall that will earn them a place on the podium. 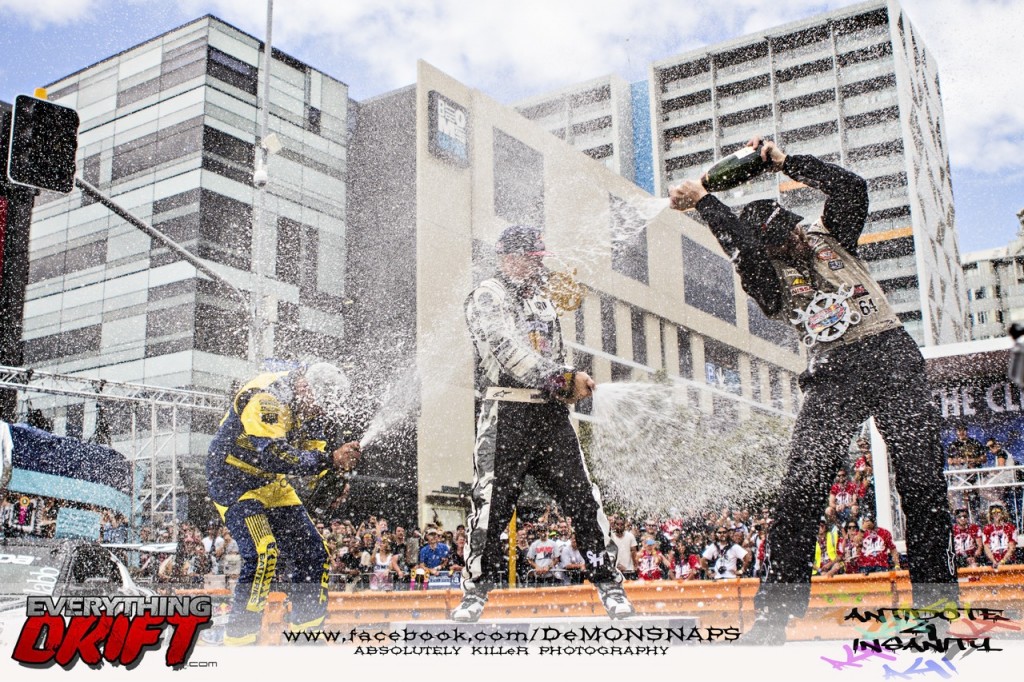 Mad Mike (NZ) made a hard push and racked up a massive 4,012,088 points, edging past Chris Forsberg (USA) in 2nd placing in as epic final run.
Mad Mike was pushing as hard as he could, his foot firm on the loud pedal and the temp gauge creeping further and further up but he knew he had to keep it there to get the top tier on the podium.

For full results and detailed event information, check out www.redbull.co.nz/driftshifters