Lawrence overcame an 82-point deficit and won PRO2’s Round Four, outlasting his competitors to complete a rise from fifth in the points standings. 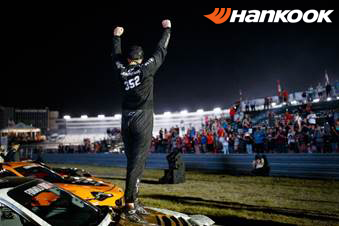 “It hasn’t hit yet,” Lawrence said. “It was going to be a tough battle to win the event, much less take the [overall] championship. I can’t thank everyone in our program enough.”

Meanwhile, defending Formula Drift champion Chris Forsberg earned his first podium finish of 2017, snagging second place in Formula Drift Round 7, his best finish since joining his new team at the start of the season.

“It feels great to be back on the podium,” Forsberg said. “We worked tirelessly on our new engine package to get it to a podium level, and we’re back where we want to be.”

Forsberg cited his Hankook Ventus R-S4 tires as the primary source of his advantage at the event.

“We won multiple battles in the lead position smoking out the competition and sending them off track,” Forsberg said. “Hats off to [Hankook] for making a very consistent tire.” 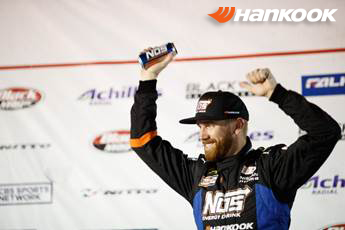 “You couldn’t have scripted this weekend any better,” said Hankook Motorsports Marketing Associate J. David Rich. “Everything aligned perfectly for Kevin to steal the PRO2 championship away from the rest of the field, and Chris was able to have a strong event from start to finish. We couldn’t be any happier with our drivers and teams this weekend, and it was an excellent showing for our dealer guests and customers to be here for.”

The runner-up finish elevated Forsberg to 10th in the Formula Drift points standings. Fellow Hankook Competition driver Ryan Tuerck sits in seventh place heading into the final round in Irwindale, California on October 13 and 14.

The event win was Lawrence’s second of the season; he also won the season opener in Orlando. 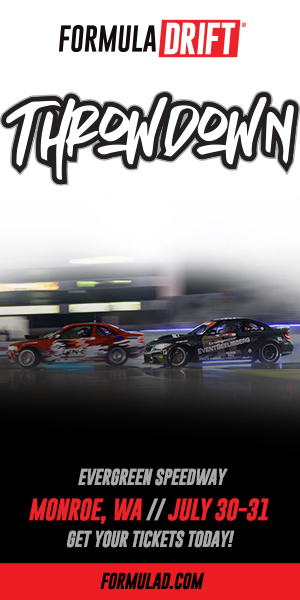