ENEOS – a division of JXTG Nippon Oil & Energy – is making history in the USA with its first ever attempt at the world famous Pikes Peak International Hill Climb on June 30, 2019. As the number one Japanese oil brand, ENEOS will be supporting 2011 Formula DRIFT champion, Dai Yoshihara. He will be swapping his 1000hp Turn 14 Distribution / Falken Tire / ENEOS Subaru BRZ drift racer for a 900hp Toyota 86 specially prepared for the 12.42-mile Race To The Clouds by Evasive Motorsports. 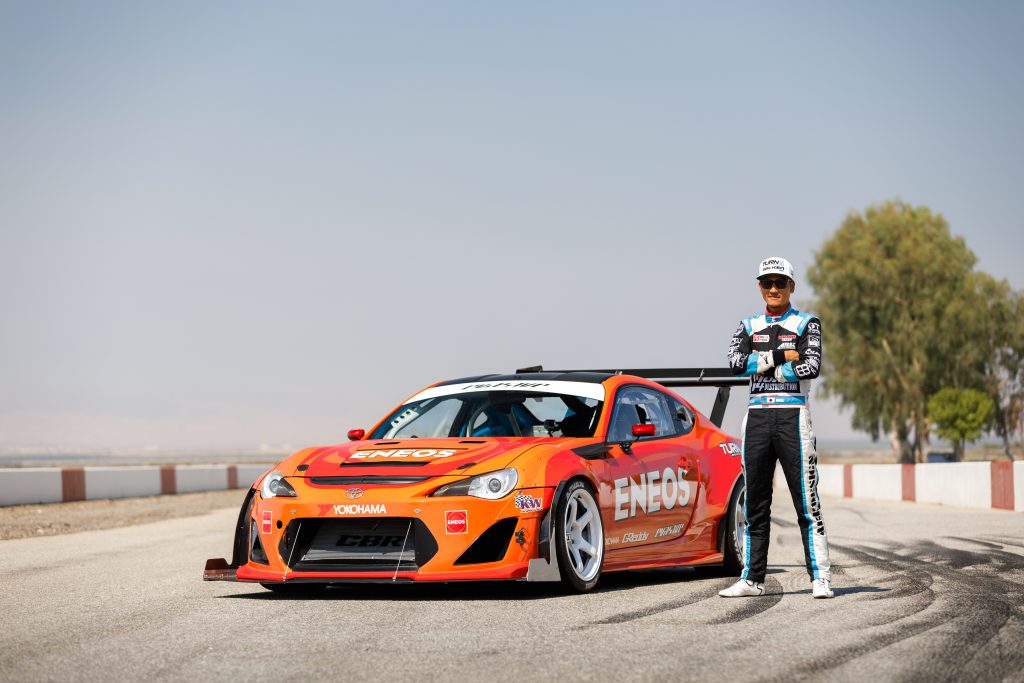 “I’m really looking forward to the challenge,” said Daijiro Yoshihara, the Japanese driver of the #86 ENEOS Racing / Evasive Motorsports Toyota 86. “I followed Pikes Peak as a kid in Tokyo, and while I always dreamed of being there it’s crazy to think it’s actually going to happen,” Dai continued.

“The most important thing we have to do as a team is be prepared. We are trying to ensure the car will be very competitive. Although the climb only takes about 10min, the race is very hard on the car, especially with the altitude, so we’re doing everything to optimize the power and aero. My own preparation is to learn the course. Fortunately, I’m familiar with the car because we’ve entered it in a number of Time Attack events over the past couple of years. However, Pikes Peak is not like a regular race track where I can go and practice, so I’m trying to learn on a simulator and by watching videos. Everything I’ve done before has been good preparation, from driving the mountain roads in Japan to Time Attack and even Formula DRIFT. It all teaches you racecraft and how to react in changing situations. As a result, I’m confident about the race but I want to arrive as fully prepared as possible,” Dai said. 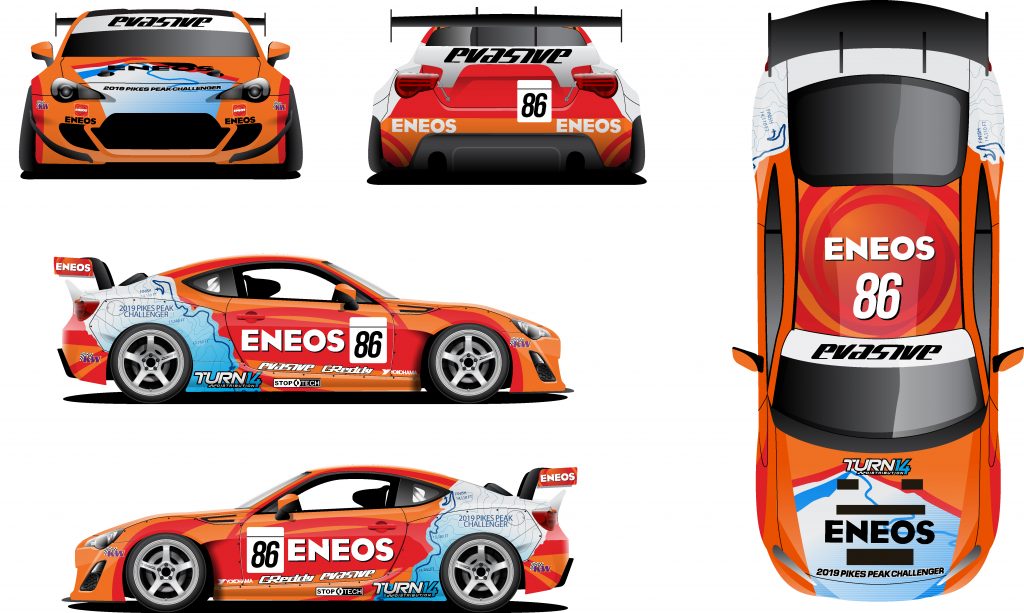 While Dai will be a rookie at the 2019 Pikes Peak International Hill Climb (PPIHC), it represents the fifth time Evasive Motorsports has participated. Located in Santa Fe Springs, CA the tuning shop’s first attempt was in 2013. They used the same car and currently hold the record for the fastest Toyota 86 up the hill. The team is looking to improve on that with Dai at the wheel.

At its first PPIHC attempt, the car had a respectable 750hp but the team is doing everything in its power to claim a class win. The Toyota Supra-sourced 2JZ engine is stroked to 3.4-liters and fitted with a Garrett GTX4292R turbocharger. Along with new engine management software, the engine will deliver around 900hp at sea level. The 2JZ is mated to a Samsonas sequential transmission for rapid shifting on Pikes Peak’s 156 turns.

For the 2019 PPIHC attempt, the #86 ENEOS Racing / Evasive Motorsports Toyota 86 will be using ENEOS Racing Series motor oil and transmission fluid. Designed from its decades of motorsport involvement and success at the highest levels, the ENEOS lubricants will help to increase power by reducing internal friction when compared to its competitors. The new ENEOS Racing Series motor oils are designed specifically for amateur and pro drivers who need greater protection at high temperatures for extended periods on the track. “We’re delighted to be working with ENEOS on the Pikes Peak project. Their technical advantage should give us the edge in the Race to the Clouds,” said Mike Chang, co-founder of Evasive Motorsports. 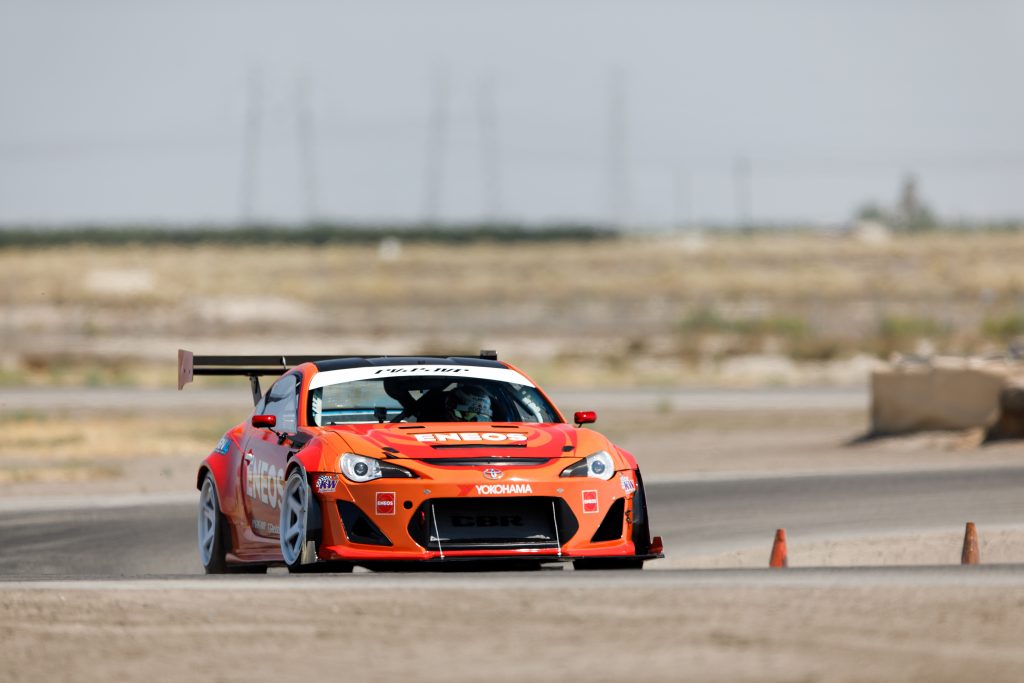 The additional horsepower presents its own challenges, not least of which is grip and reliability. “We’re doing a lot of testing with Dai to ensure we can put the power to the road,” Mike continued. “One of the biggest changes we’ve made to the ENEOS Racing / Evasive Motorsports Toyota 86 is fitting a more advanced MoTeC traction control unit. It will allow us to use the power more efficiently. This is especially important because we’ve seen the weather change dramatically on previous Pikes Peak runs. You might start in sunshine but that can change to rain or hail as you ascend the mountain.”

In addition to programming the traction control, the team has embarked on a rigorous test program to help ensure the car will be reliable when it’s pushed to the limit at Pikes Peak. “We want to verify every component is fully tested so we know nothing should break when we get to Colorado,” Mike confirmed.

Other updates to the ENEOS Racing / Evasive Motorsports Toyota 86 include aerodynamic refinements. “We have revised the undertray and rear diffuser to improve airflow under the car. They are minor changes but will contribute to the overall downforce and provide more grip,” Mike explained. “Further changes for 2019 include new StopTech brakes and we’ll be sticking with the Yokohama tires we successfully used in the past.”

While preparing the car, Mike has simultaneously been working with his driver. “We’ve set him up with the PC-based Assetto Corsa video game. It’s a realistic simulation of the course and will allow Dai to learn the turns and landmarks,” Mike suggested. “We’re also going to fly him out to Colorado so he can take a rental car up the hill to get a sense of the mountain in real life. We have no doubt Dai has the skill to tackle the mountain but I want him to remember everything. He should be able to drive it with his eyes closed!”

The ENEOS Racing / Evasive Motorsports Toyota 86 will be displayed in its new Pikes Peak livery at the opening round of Formula DRIFT: The Streets of Long Beach on April 5-6 where Dai will take a break from his Pikes Peak preparations to begin his assault on the 2019 Formula DRIFT championship in his Turn 14 Distribution / Falken Tire / ENEOS Subaru BRZ. 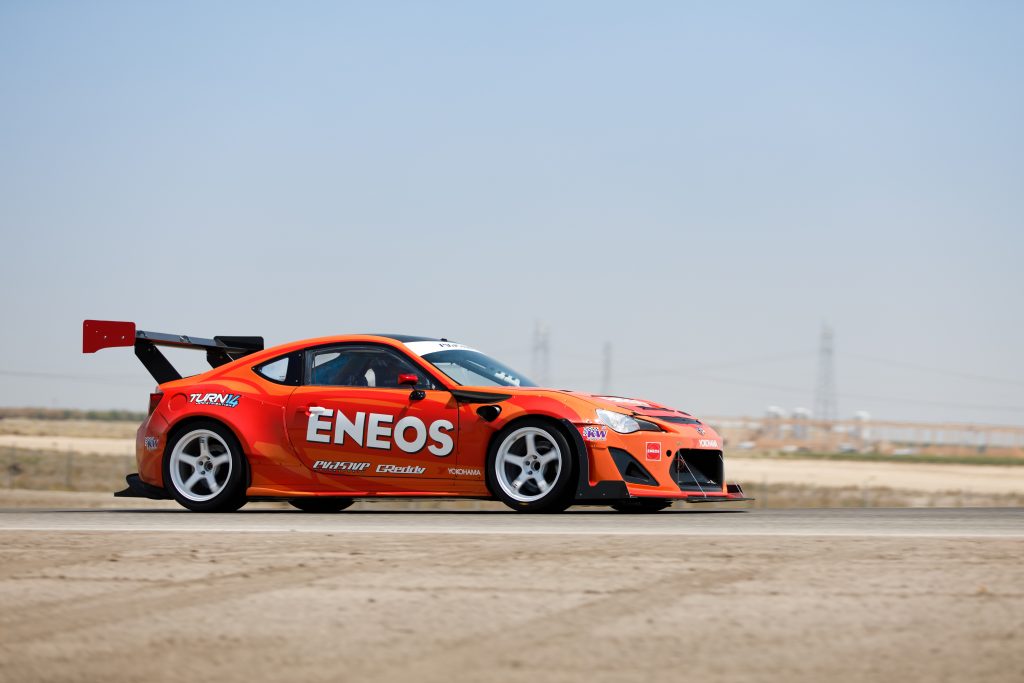