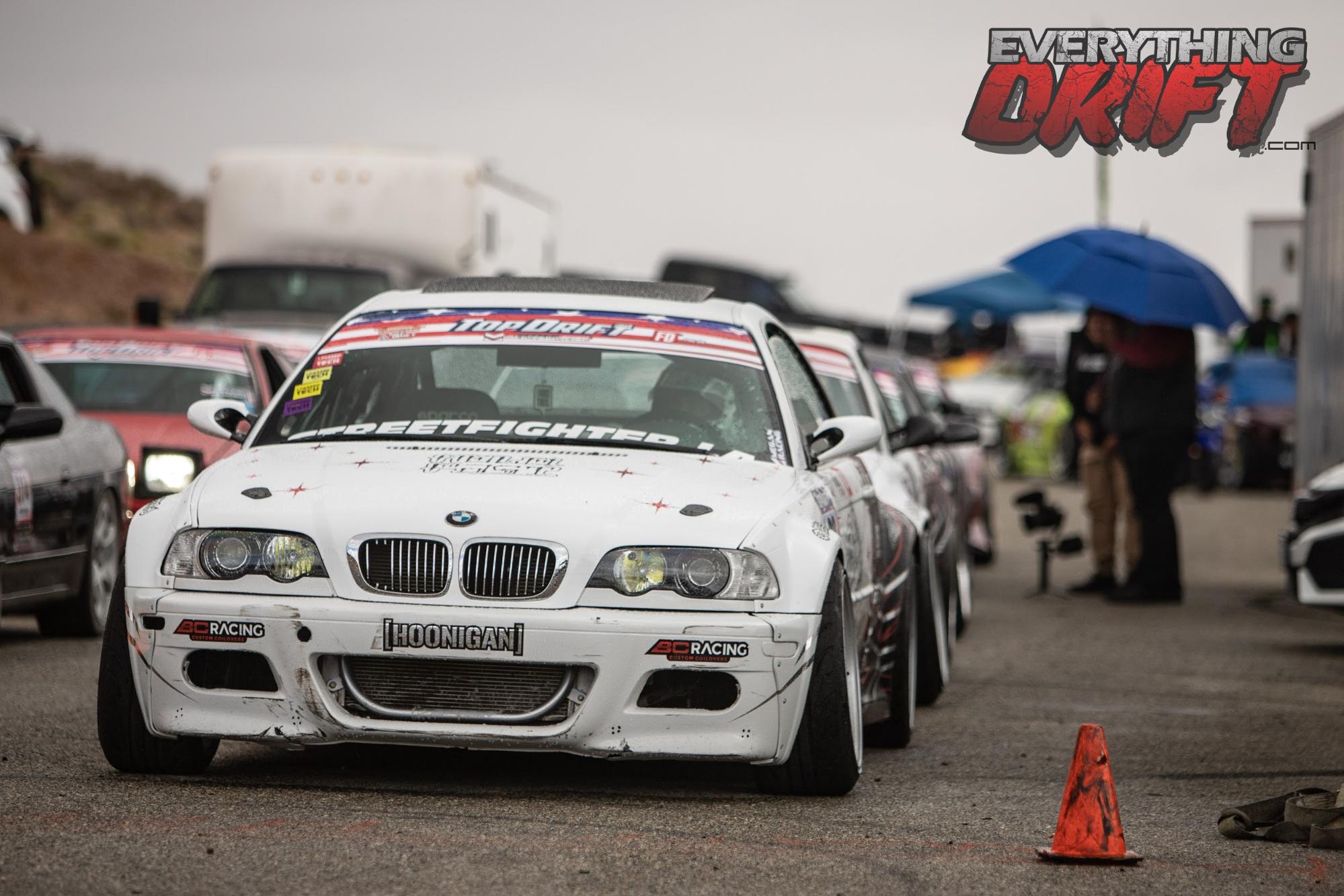 After a long wait, we are finally back at Willow Spring International Speedway for the TopDrift series and the chance to earn a Pro2 license. Since 2002, JustDrift has been holding this event and has always catered to excited drivers, the ones who are serious and have a love for the sport. This year, Trent Beechum (@trenton_beechum), 2015 TopDrift championship took first place at Formula Drift Pro2 round 1. While Rome Charpentier (@romecp), 2018 TopDrift championship took second place. 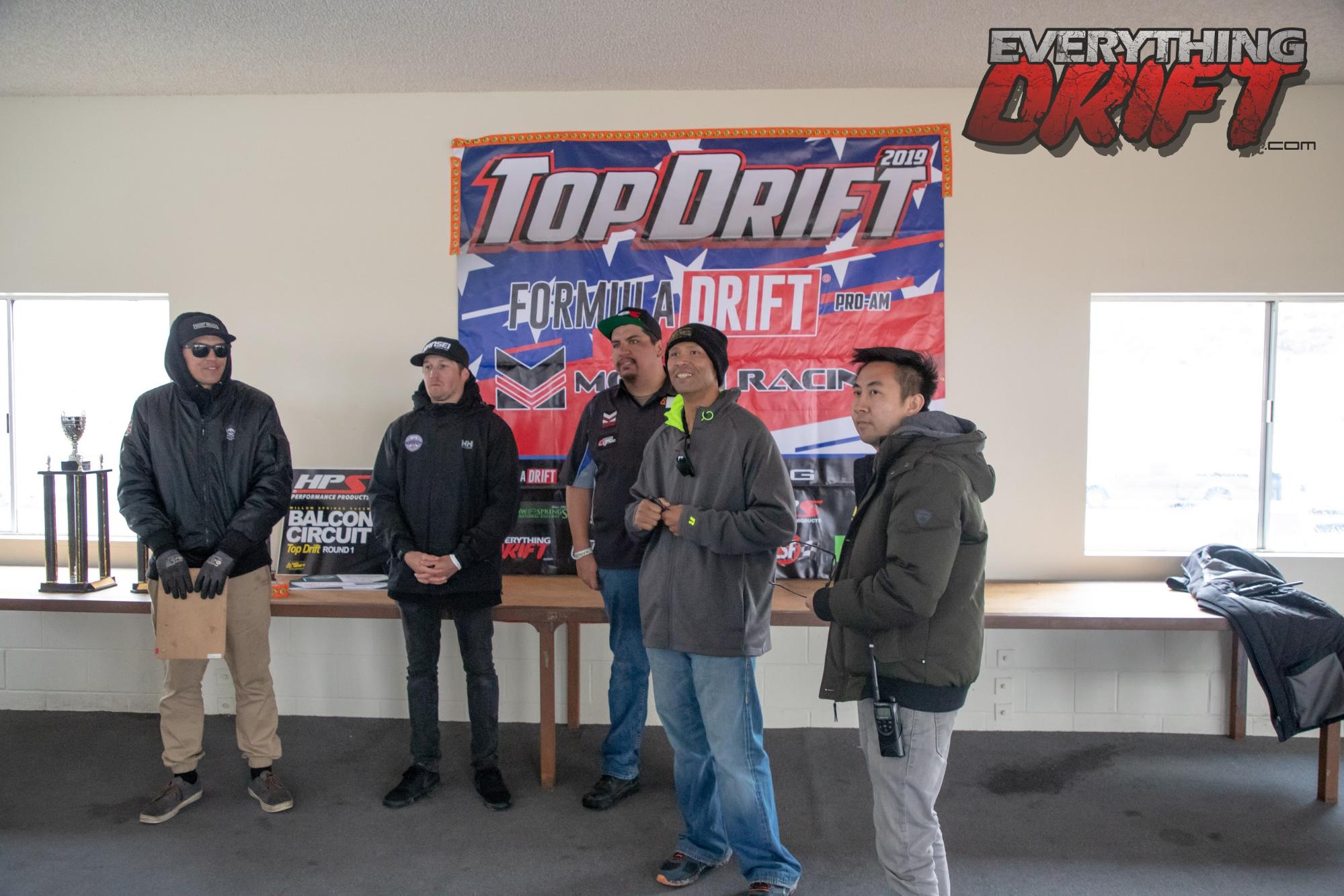 A few changes were made this year for TopDrift series to accommodate the drivers in both financial and participation. JustDrift acknowledged that drivers are competing in multiple competitions to better their odds in earning their Pro2 license. For many drivers, this gets expensive and take much time away. This is why JustDrift has made the following changes:

* Instead of 4 physical rounds, they will have 3.

* Round 3 will count as double points.

* Moving round 1 to May instead of March. This allows more time for preparation.

* Ensure that the dates do not interfere with Formula Drift and any other ProAM events near them.

For more information about the changes, you can visit JustDrift website under schedule 2019. (http://justdrift.com/?page_id=3136) 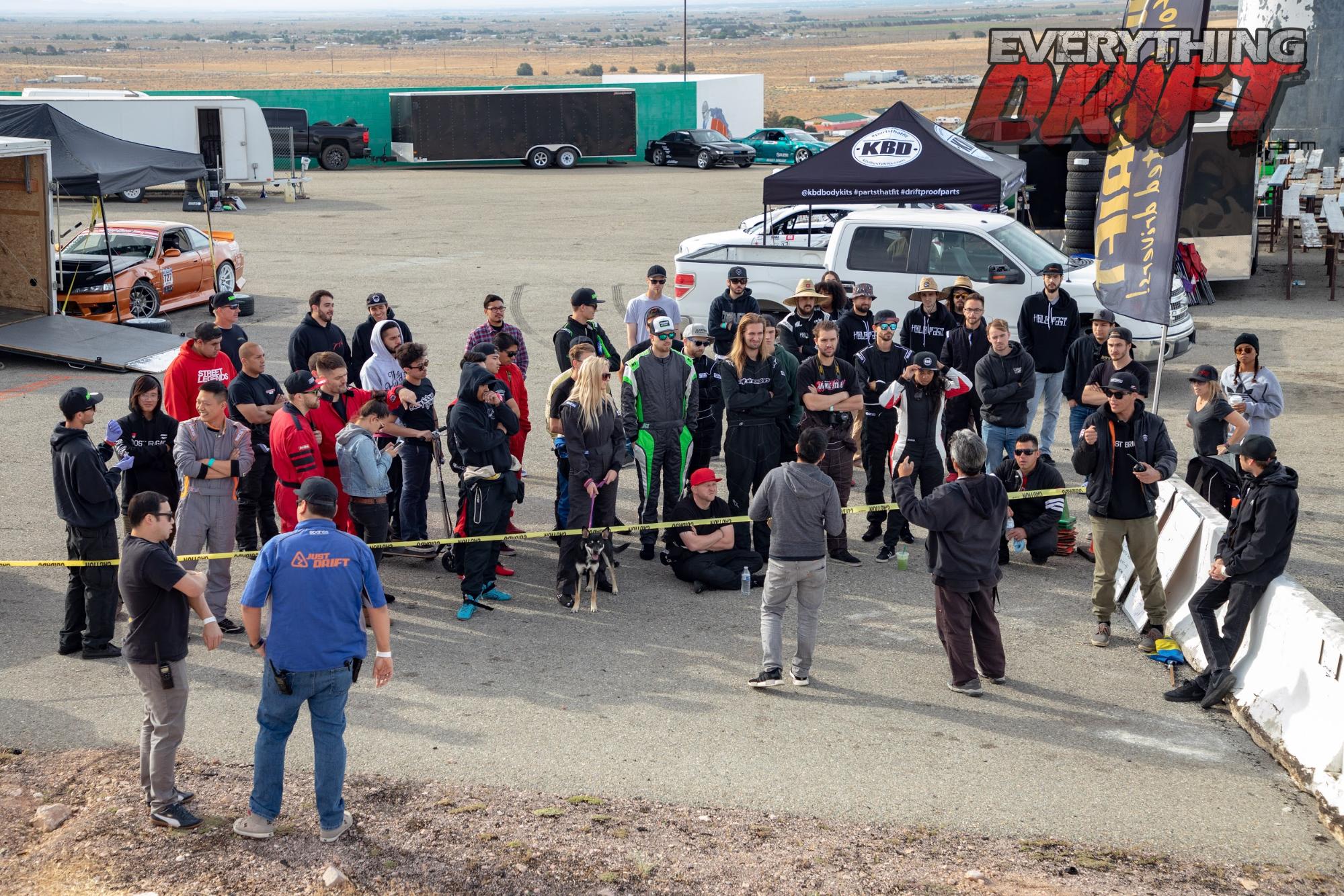 We start the season with around 32 drivers. Practice started on Saturday with perfect weather. It was not hot, no hints of rain and enough wind to blow off the tire smoke. The layout was similar to last year, except there were a few changes made in order to challenge the drivers. 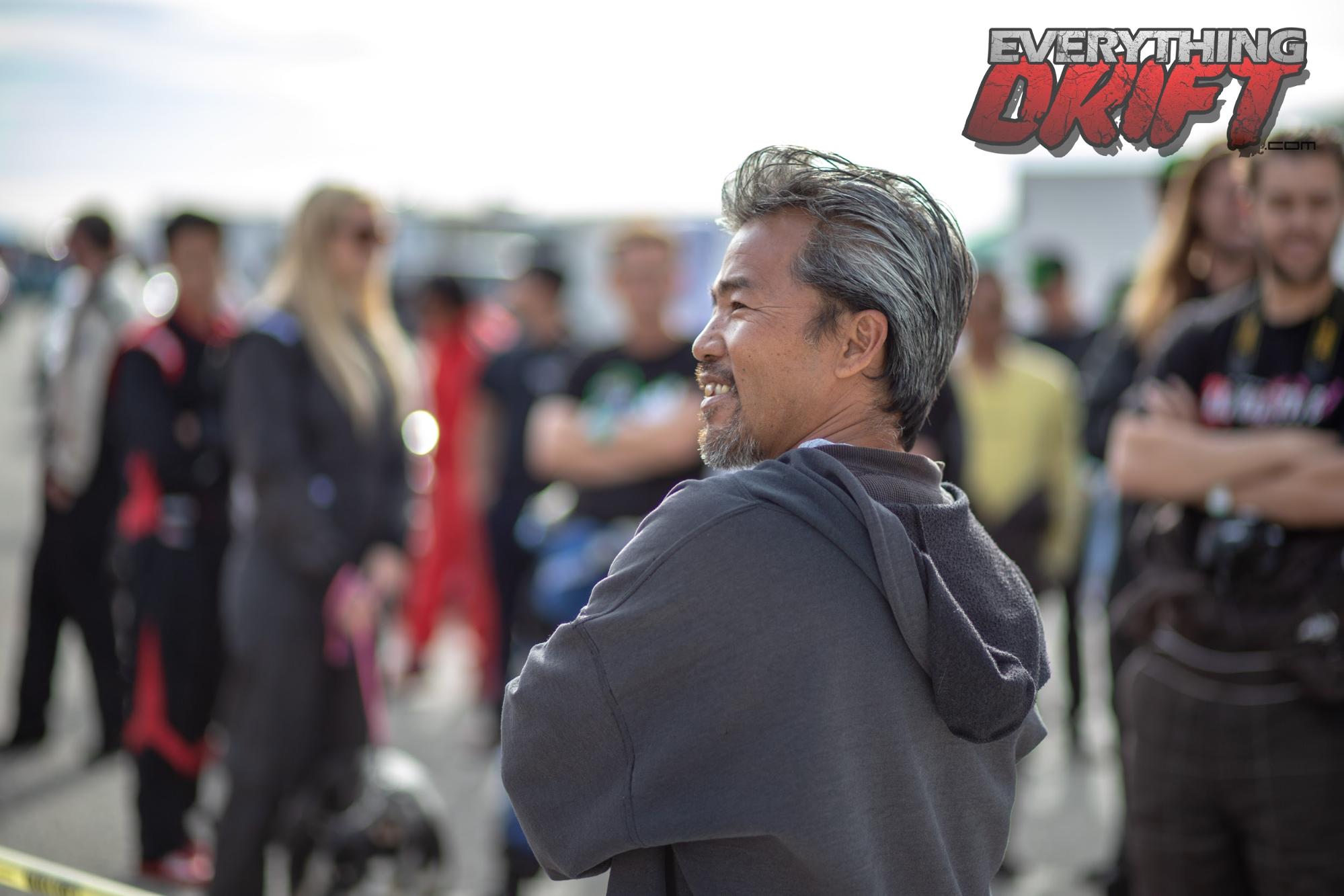 The judges for this year are Taka Aono (@takaaono86), Tim Cobb (@timcobb110) and Sean Adriano (@seanadriano). 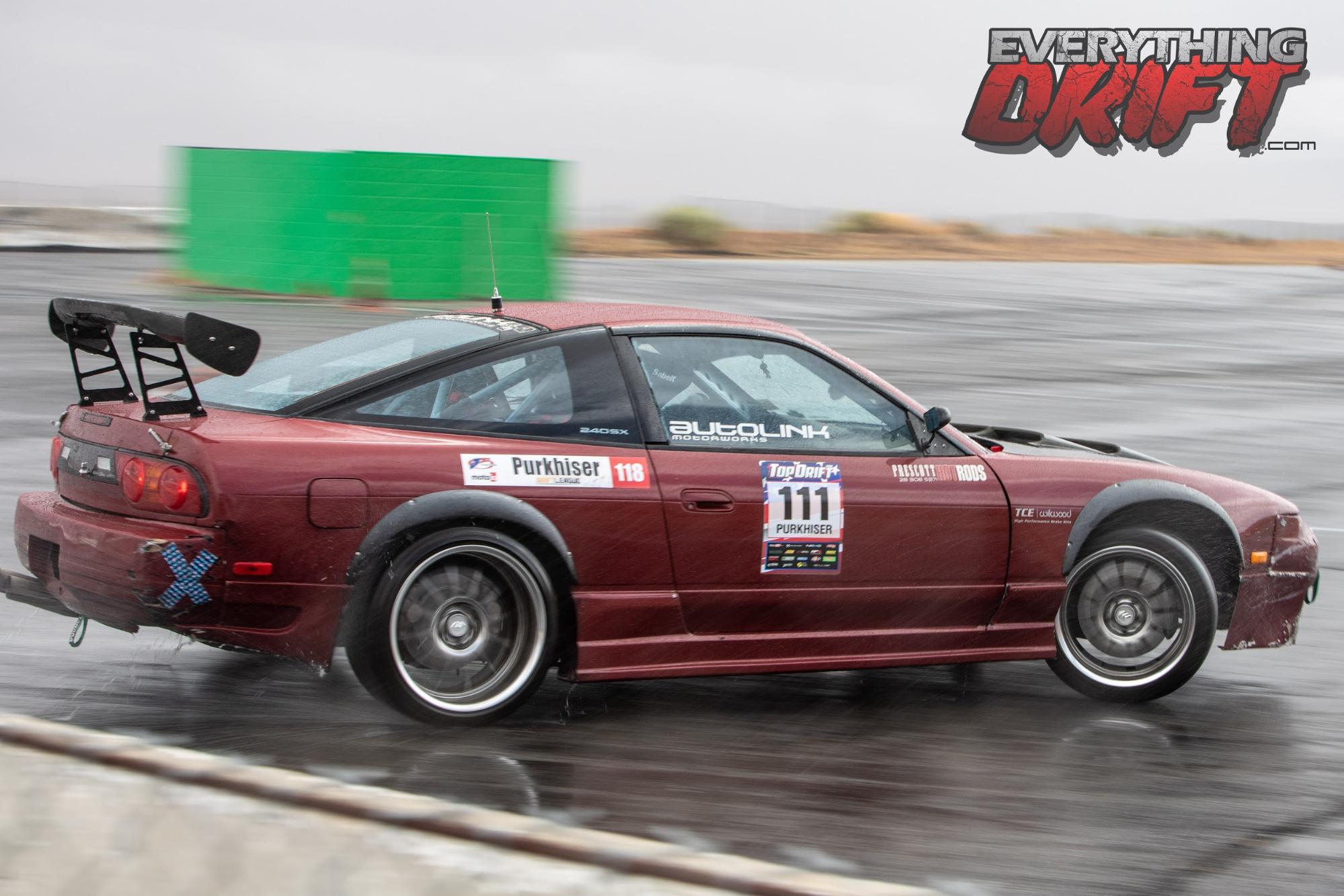 Sunday, day of qualifying and top 16 battles looked bright but then the weather made a 360-degree turn. Once sunny, now random heavy rain and winds. Many drivers had trouble connecting their lines due to puddles and dry spots around the track. 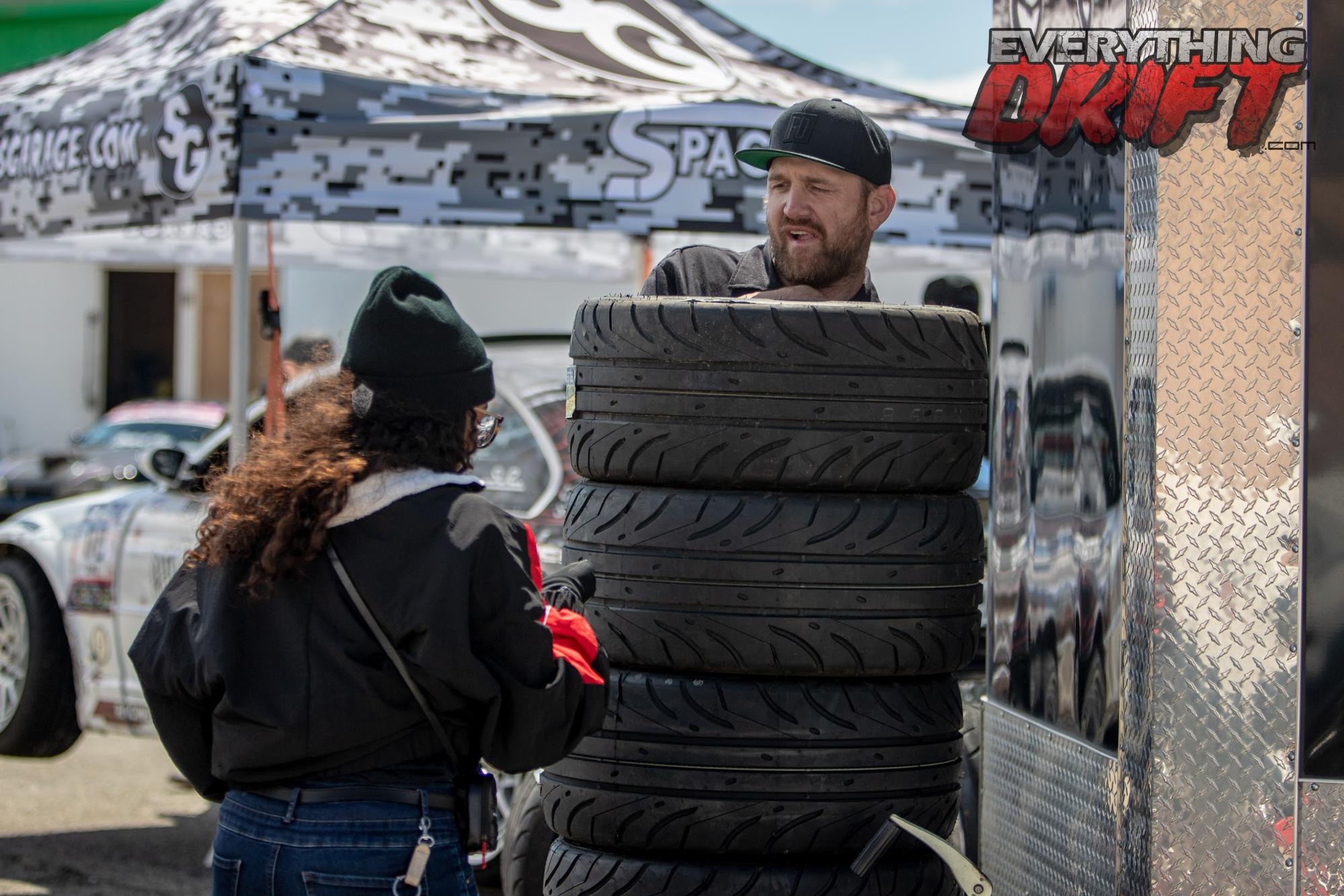 Rob Carlsen (@rob_carlsen) found a way to stay dry and still watch as a spectator. 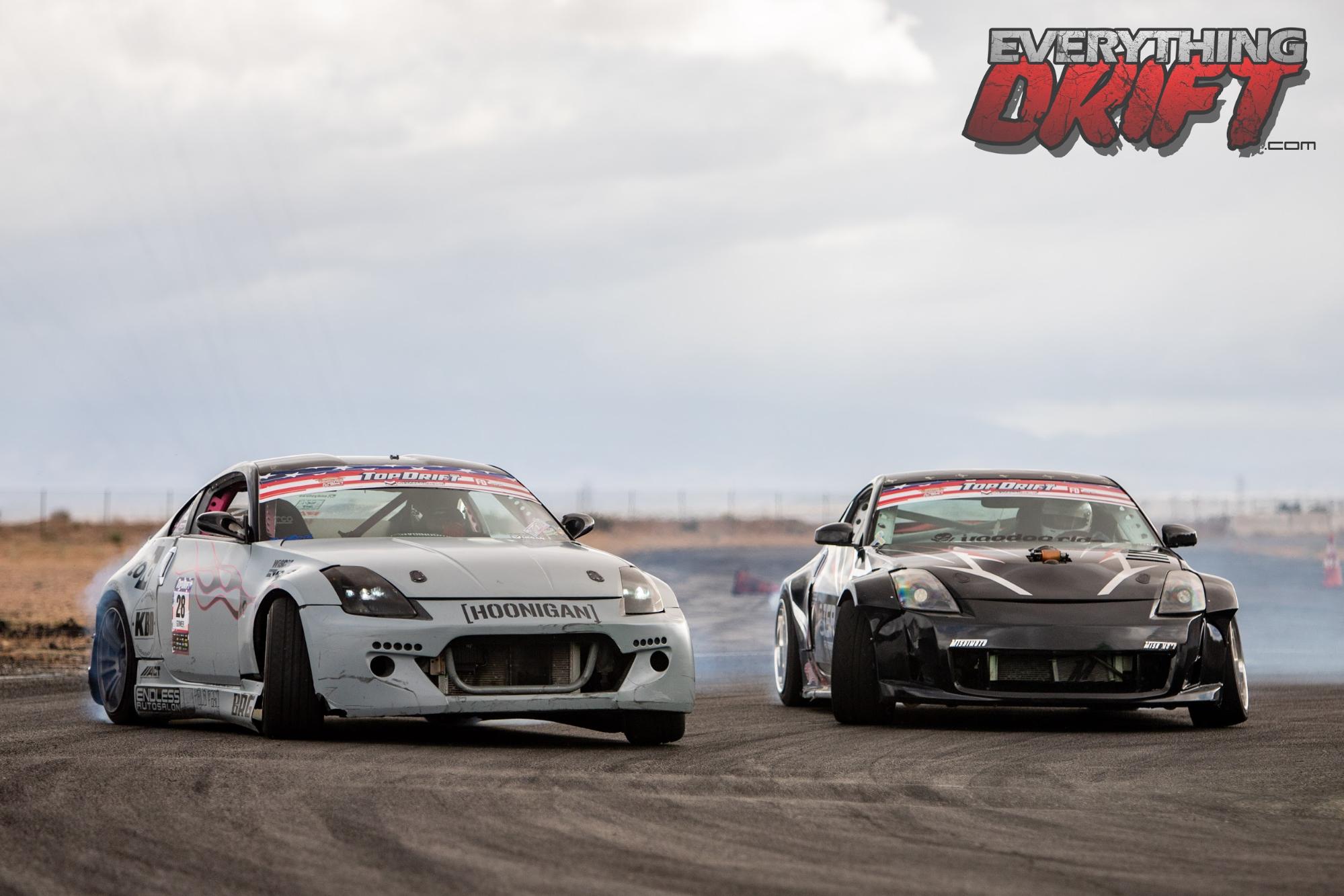 Rathyna Gomert (@ladii_z33) makes a come back and qualifies in Top 16. This is her first time drifting competitively after 2 years. Her initial plan was to come for fun but something tells me she has the drift bug now. We may see her in round 2. 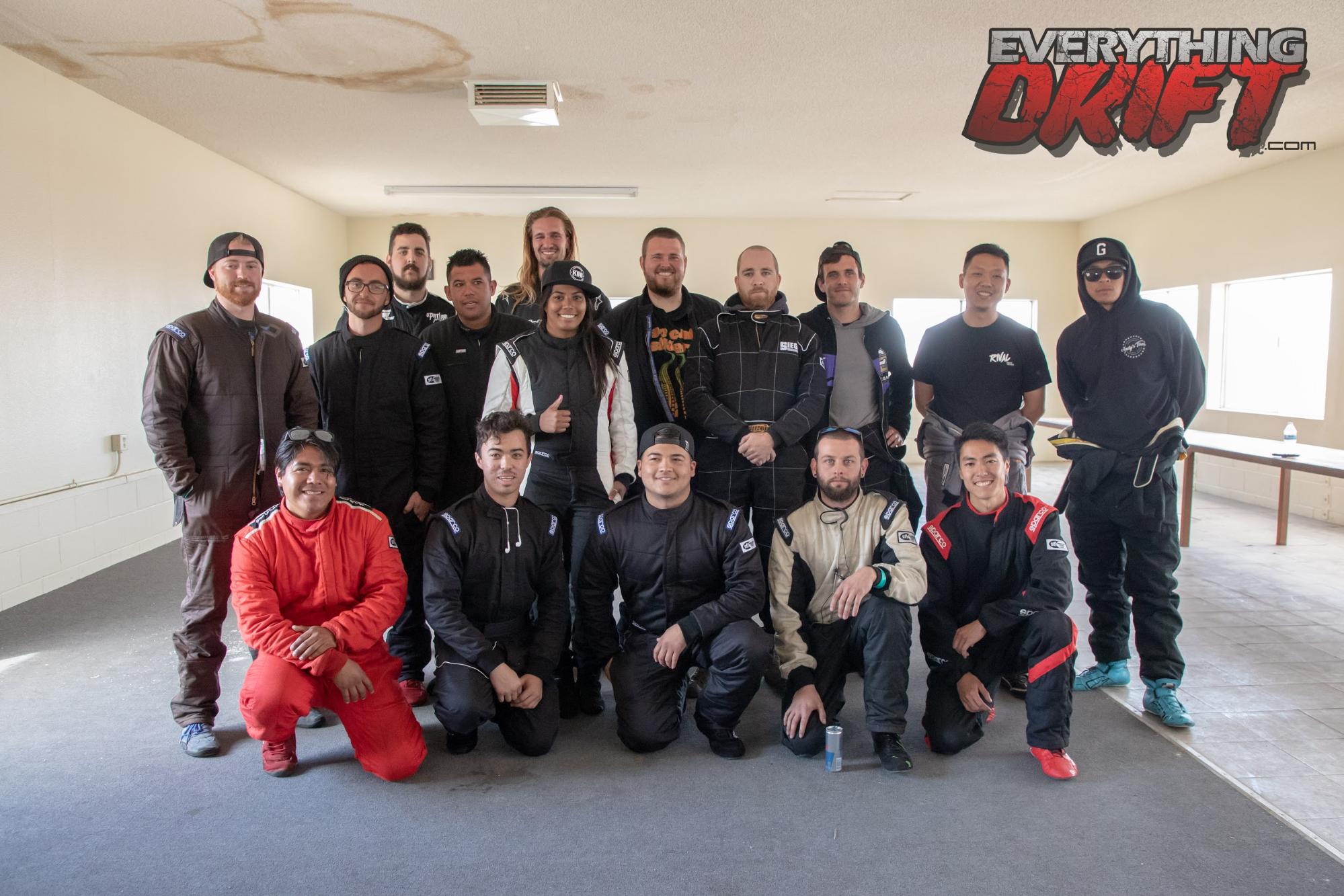 If you are interested in the top 16 battles. Oscar (@rustyforty) has the full video on his youtube channel. (https://www.youtube.com/watch?v=ao7xRLVpFd8) 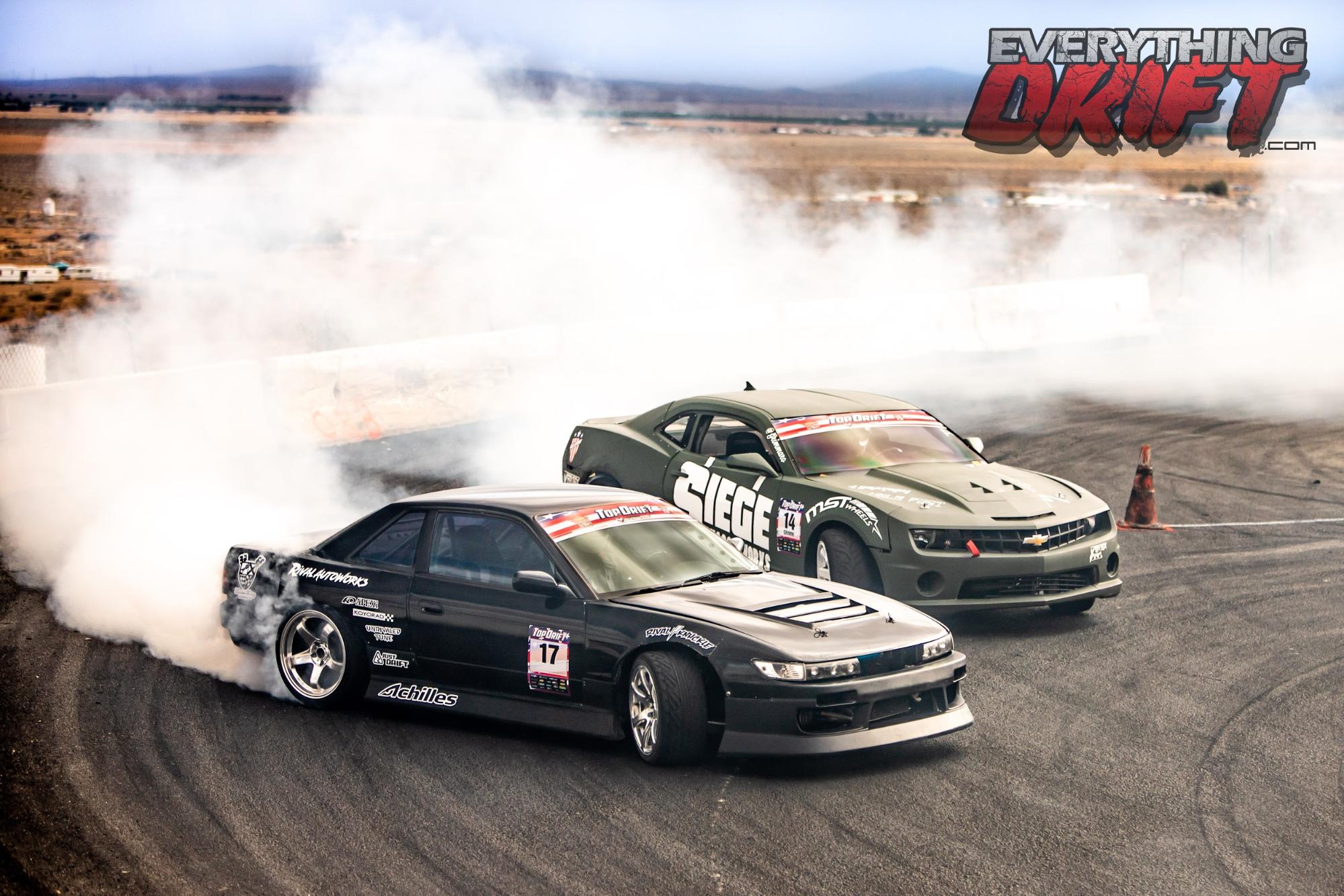 Jason Kim (@rivalautoworks) a veteran and former holder of a Pro2 license comes back to compete. There is much to learn from Jason, regardless if it rains or shines, his driving is on point. He received a third place for round one and is currently first place overall. 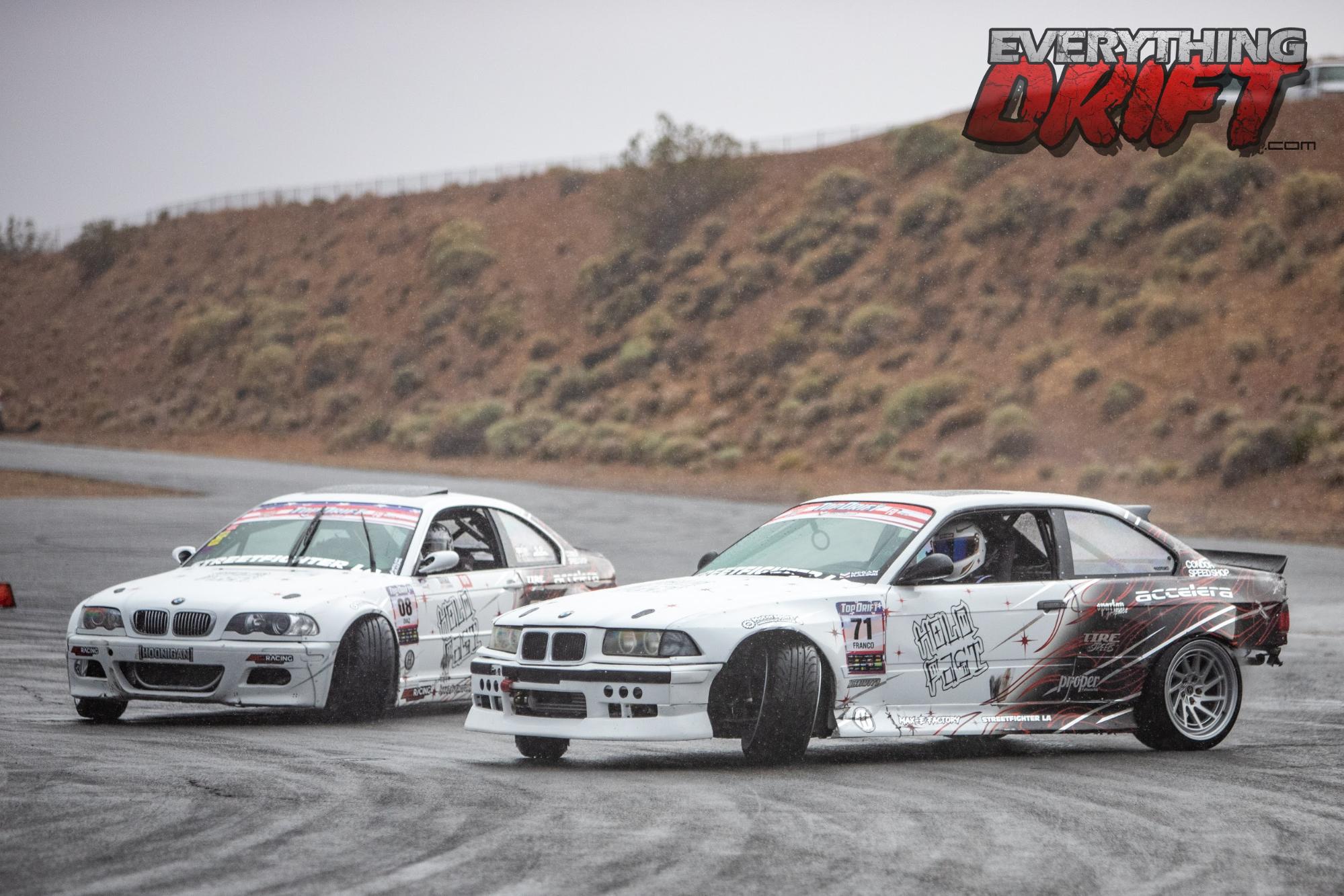 Micah Diaz (@micah_diaz_) and Nick Franco (@sirnick71) is the duo to keep your eyes on. The whole time, they practice together and provide a great show. Who knew, that they would end up fighting for first place. Micah took first and Nick took second but the true winners are the fans. They got to see an amazing show, even Taka Aono was impressed with the duo. 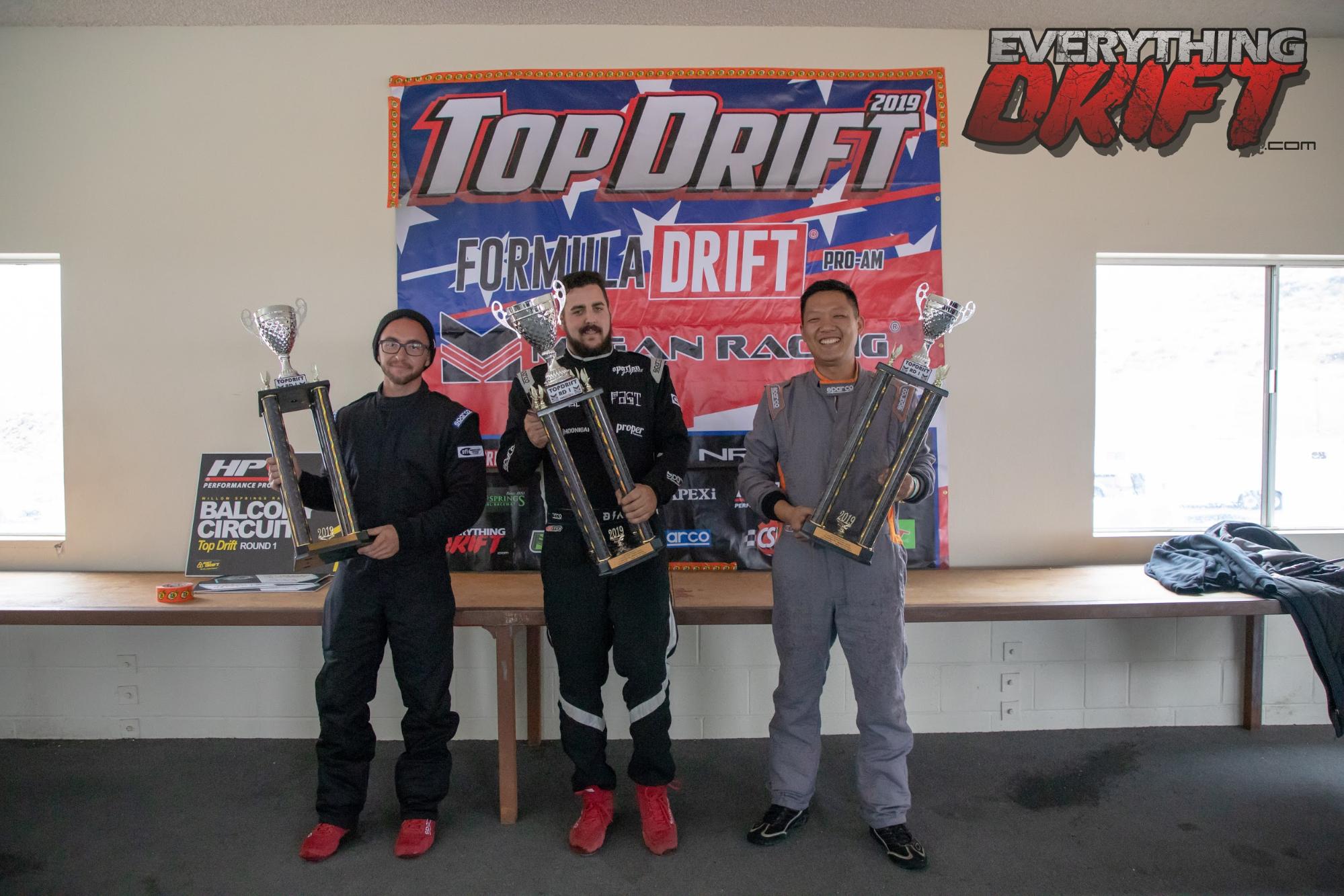 We want to congratulate Micah Diaz for taking first, Nick Franco for second and Jason Kim for third. This will be an exciting year for TopDrift and we can’t wait for Round 2. 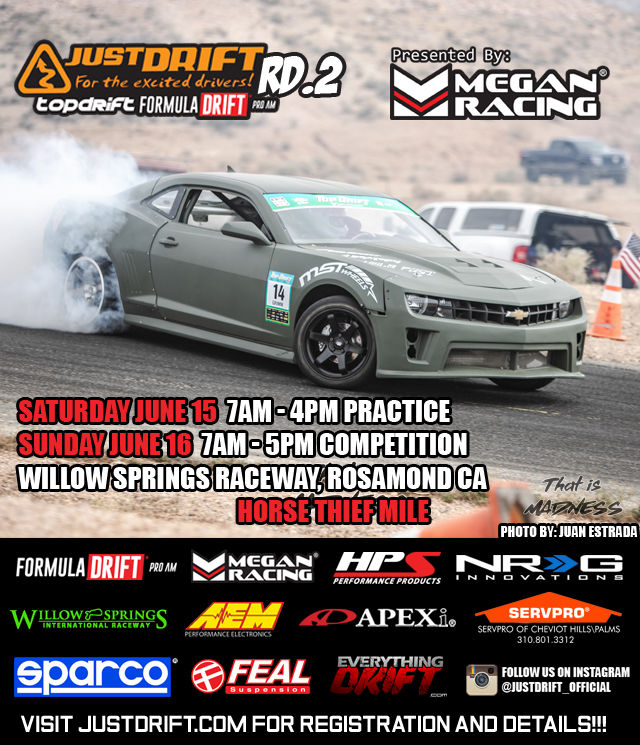 TopDrift round 2 will be held at Horse Thief Mile, at Willow Spring International Speedway. June 15 is practice from 7am-4pm and June 16 is competition from 7am-5pm.

Photo’s and story by Juan Estrada