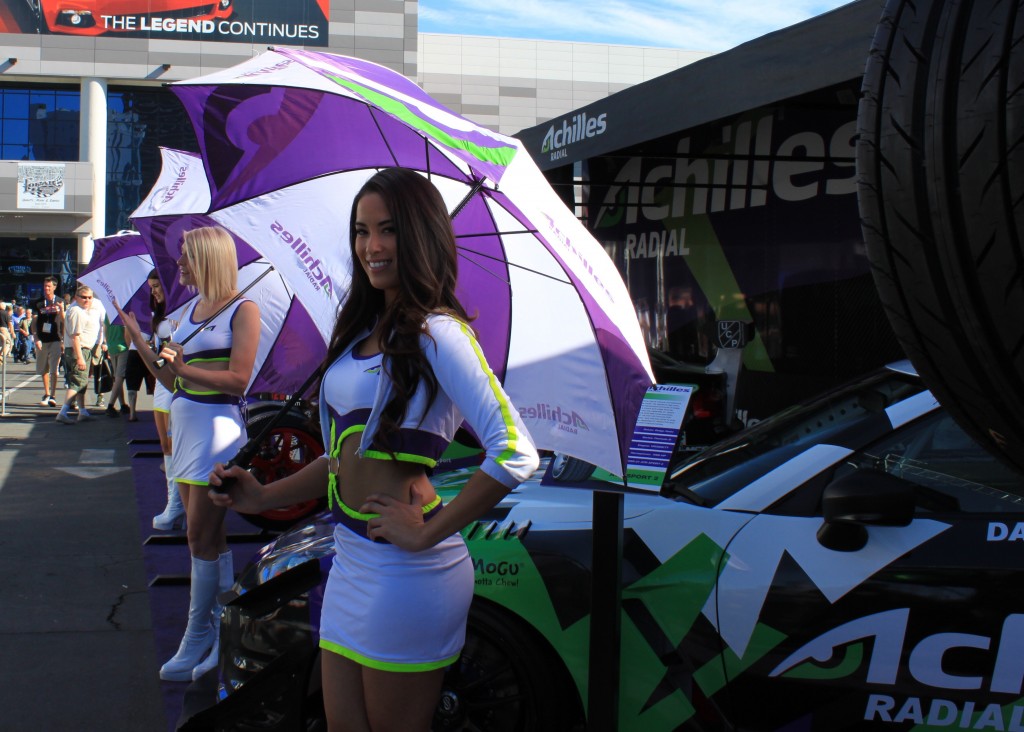 Las Vegas, NV – The Achilles booth was the site for the much anticipated unveiling of the new vehicles for fellow teammates and longtime friends Daigo Saito and Robbie Nishida. The duo will be competing in the Formula DRIFT 2015 championship behind the wheel of these new Nissans which will soon be finished by the Bridges Racing team. 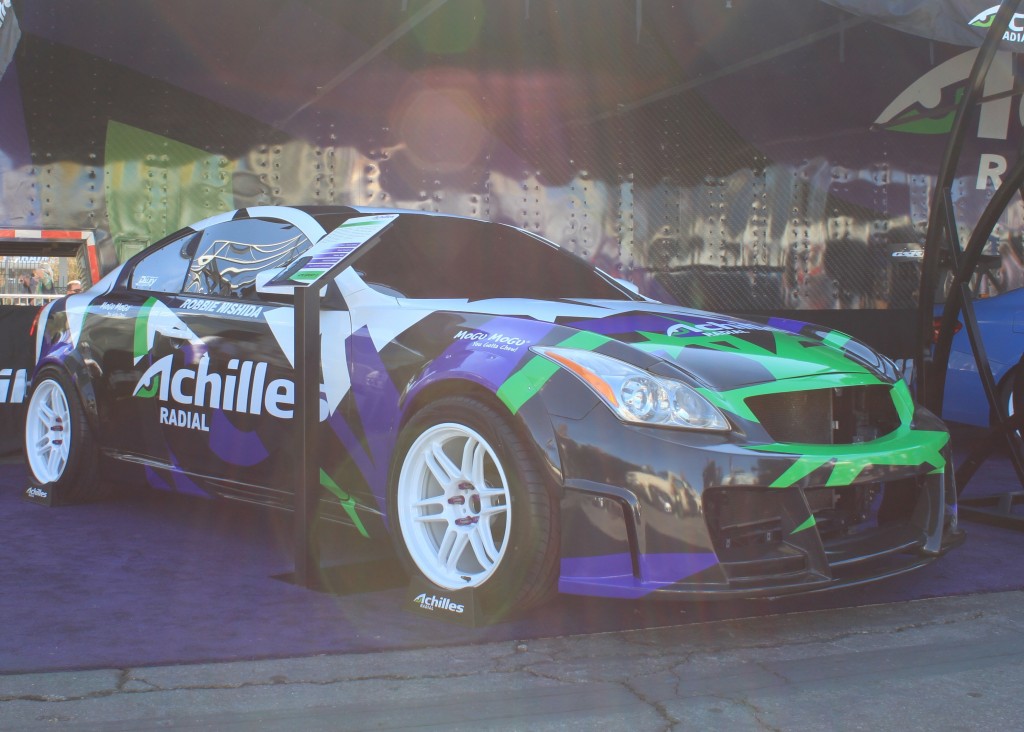 Nishida will be piloting this G37 which will find power from a twin-turbo V6 VQ unit. The VQ is synonymous with the resurgence of Nishida’s career in Formula DRIFT and his involvement as the founding father of the current roster for Bridges Racing. 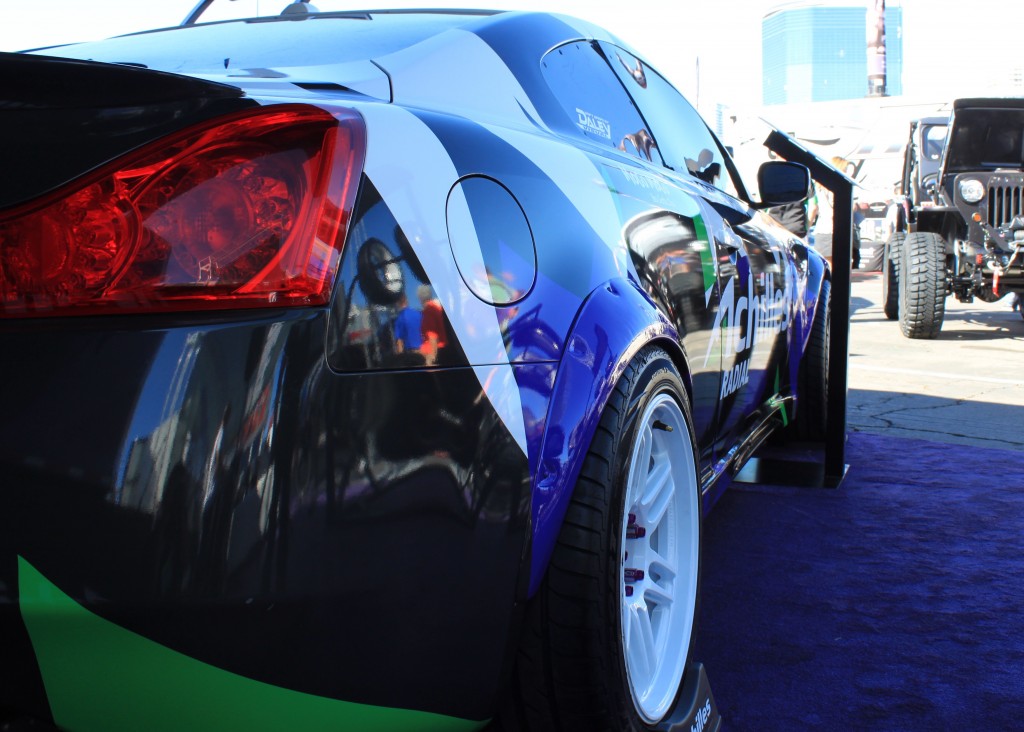 For Nishida, the G37 is a very comparable platform to last season’s Toyota Soarer which also boasts a larger body, long wheelbase, and a six cylinder power plant. 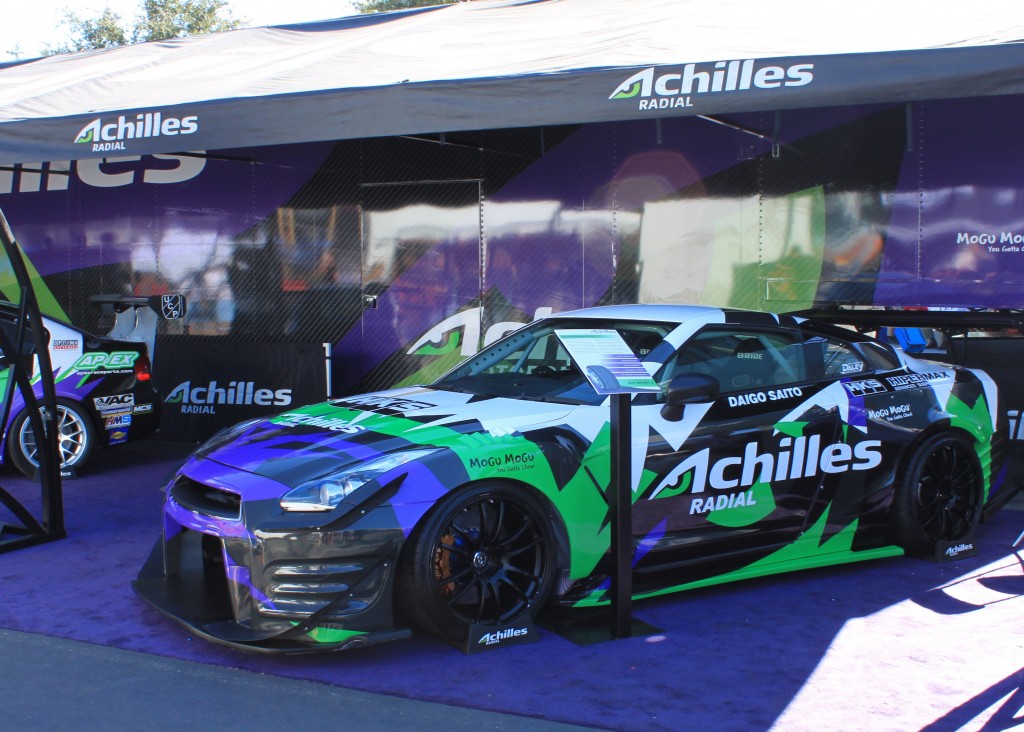 The larger shift is that of Saito who will be abandoning the “T” emblem which has been a part of his entire drifting career. Both the title he won in Japan in D1 Grand Prix and the championship he earned here in the States were behind the wheel of his signature Toyota vehicles; Chaser in D1 and Soarer in FD respectively. 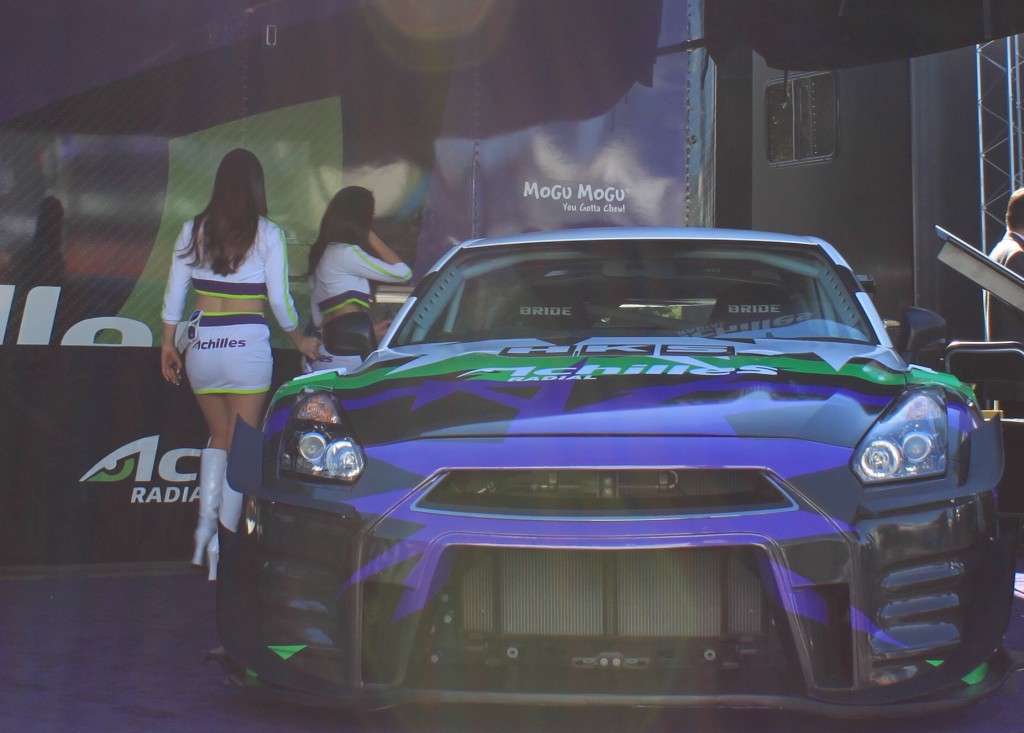 The R35 is much farther along than Nishida’s G37 and one of the more relevant logos is that of HKS. HKS is a brand that found success in the American market when they were involved with Nobuteru Taniguchi and his HKS works S15. They left the US for a while and now it appears that they are prepared for another charge on US soil.