It Started In JapanVaughn Gittin Jr. heads to Tokyo to compete at the D1 Grand Prix in his Ford Mustang RTR, a dream of his ever since he won the 2005 D1GP USA vs. Japan & the 2007 D1GP World Championship 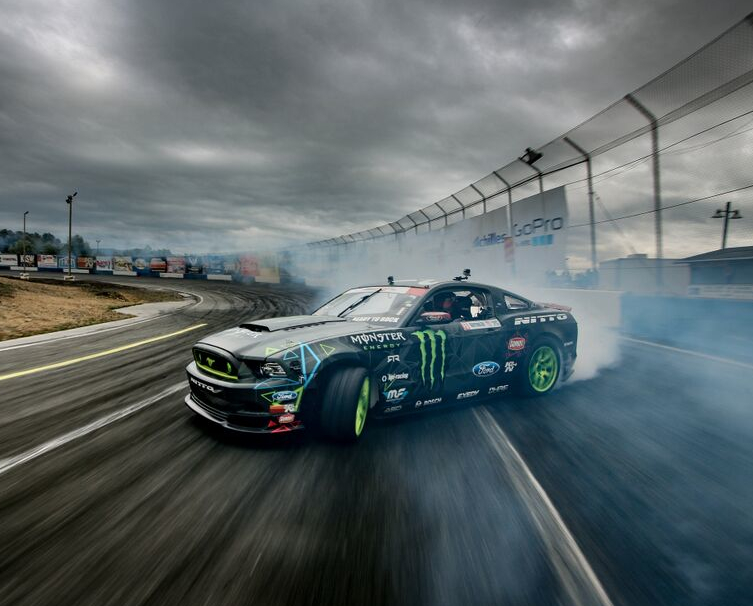 One of the most recognizable faces of Drifting and of the Ford Mustang world-wide, Vaughn Gittin Jr., will compete next month at the D1 Grand Prix in Tokyo, Japan in his Monster Energy Nitto Tire Ford Mustang RTR. 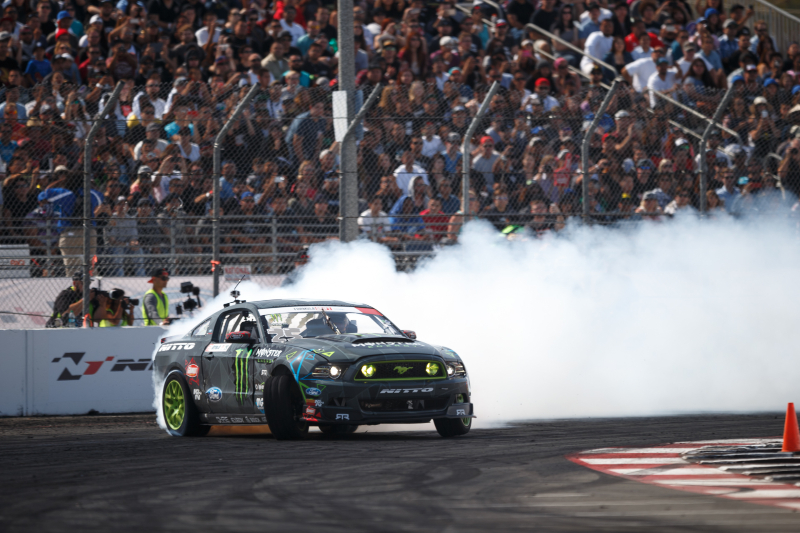 “Since winning the D1GP USA vs. Japan in 2005, I have wanted to take my Ford Mustang RTR and my team to compete in Japan where drifting started,” says Champion drifter Vaughn Gittin Jr. “I am pumped that ten years later, the dream has become reality and I will be joining the Monster Energy Japan crew in downtown Tokyo for the final round October 24-25th. I am very excited to meet a lot of my Japanese fans for the first time, and I look forward to some epic battles with the great drivers in Japan’s D1GP series.” 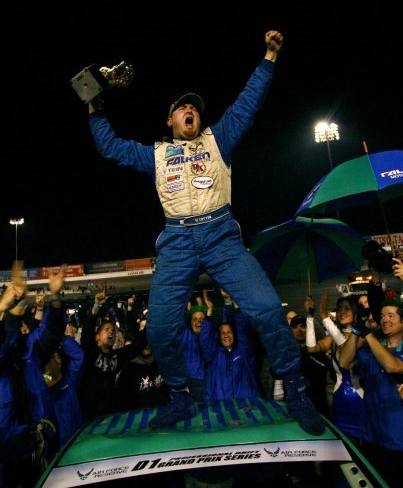 Ten years ago at Irwindale Speedway, Vaughn battled the best-of-the-best Japanese drivers in order to win the D1GP USA vs. Japan event, becoming not only the first American to win a D1GP event, but by piloting his Ford Mustang, this was the first time in the series that an American car dominated against drifting’s traditional Japanese vehicles. This monumental win of Vaughn’s was heard around the world and undoubtedly put American drifting on the map, in a Japanese-originated and dominated sport. Here is a VIDEO summary of Vaughn’s 2005 D1GP win. 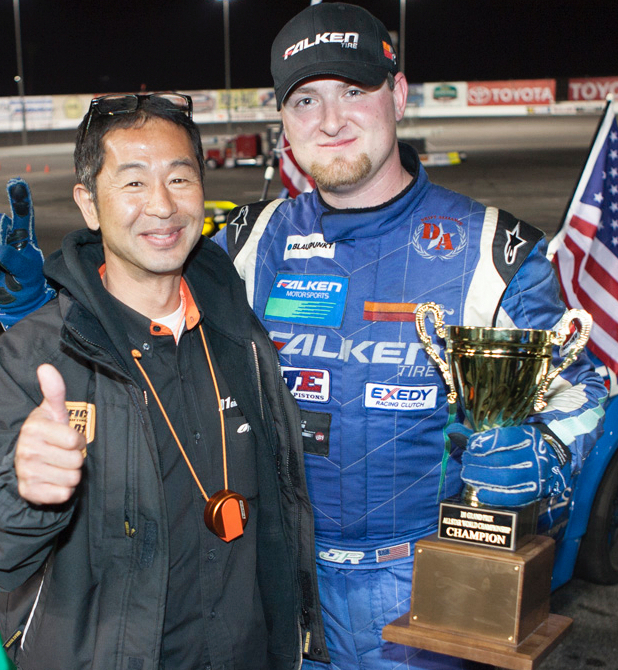 The 2009 trip was no doubt a dream-come-true for Vaughn, but fell short of actual drift competition in a fully-built competitive racecar. But in just six-weeks time, that dream will become reality, when Vaughn and the Monster Energy Nitto Tire Ford Mustang RTR hit the streets of downtown Tokyo October 24-25th for the D1 Grand Prix. For more information about D1GP Tokyo Drift, head to D1GP.com, and stay up to date with all the adventures of Vaughn Gittin Jr. at his Facebook page.

In 2007, D1GP hosted a World Championship at Irwindale Speedway, which brought the best professional drifters from around the globe to the “House of Drift” to compete against each other. Vaughn was able to dominate the competition in his Ford Mustang, once again showcasing the talent of American drifters and the capabilities of his vehicle platform. Along with his 2005 D1GP win, this 2007 World Championship victory would solidify Vaughn as one of the most competitive drivers in professional drifting world-wide. 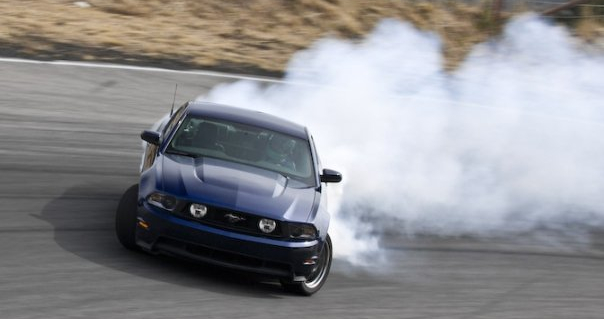 In 2009 Vaughn had the amazing opportunity to drift the brand-new 2010 Ford Mustang at few legendary tracks in Japan, as part of the “Mustang Drift Japan” video campaign.  This was the first time a 2010 Ford Mustang had touched  down in the Land of the Rising Sun, and with the “tire slayer” himself at the wheel. Here is a PLAYLIST OF VIDEOS from all the fun Vaughn and his crew had on this epic trip. 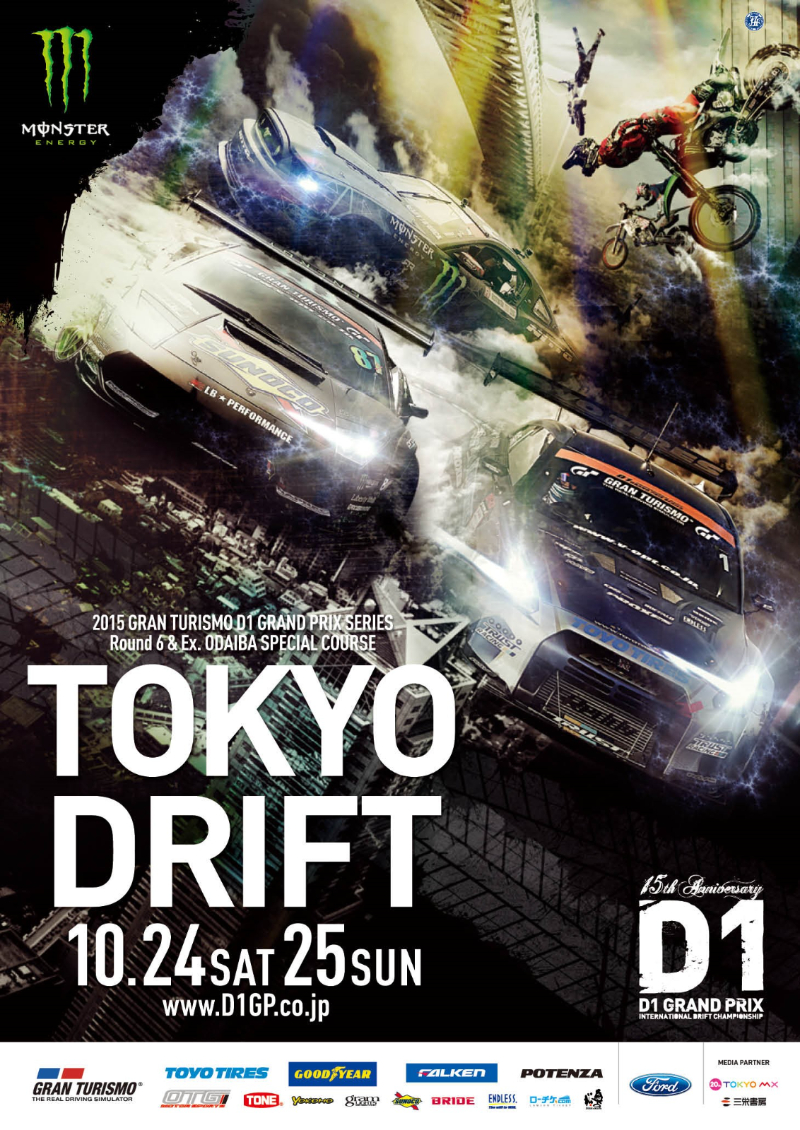 One thought on “Vaughn Gittin Jr. will Compete at D1 Grand Prix in Japan!”