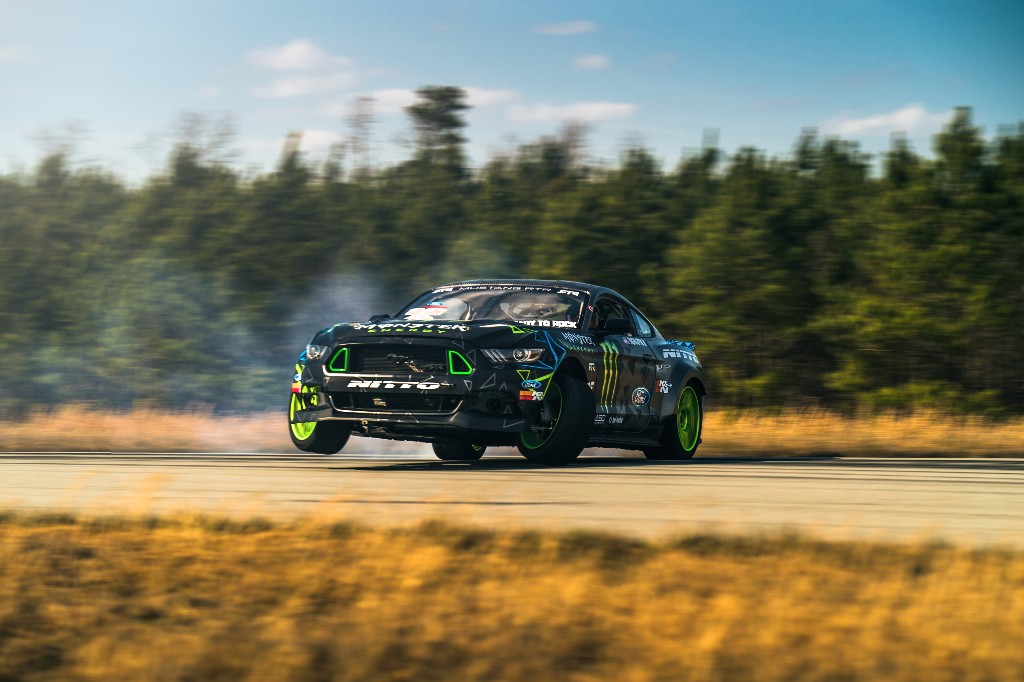 On April 9th, 2016, World Champion drifter and Professional Fun-Haver, Vaughn Gittin Jr, will debut his new 2016 Competition-Spec Monster Energy Nitto Tire Ford Mustang RTR at the first round of the Formula Drift Championship in Long Beach, California.Vaughn had this to say about the 2016 season, “I cannot wait to battle it out with the world’s best at Formula Drift with my brand new competition-spec 2016 Ford Mustang RTR. The new Ford Mustang is so much fun to drive in its stock form and with only 1 year of development in the new car, my team has really turned it up to 11 by making this the most exciting car I have ever been behind the wheel of. This Mustang RTR is a 900 horsepower, nine-second drag car that can turn left and right on a dime — who wouldn’t have fun behind the wheel of it?”
CLICK HERE TO SEE VAUGHN’S MUSTANG RTR IN ACTION FOR THE FIRST TIME!CLICK HERE TO SEE VAUGHN DRAG-RACE IS NEW COMPETITION MUSTANG RTR AGAINST HIS PREVIOUS MACHINE! 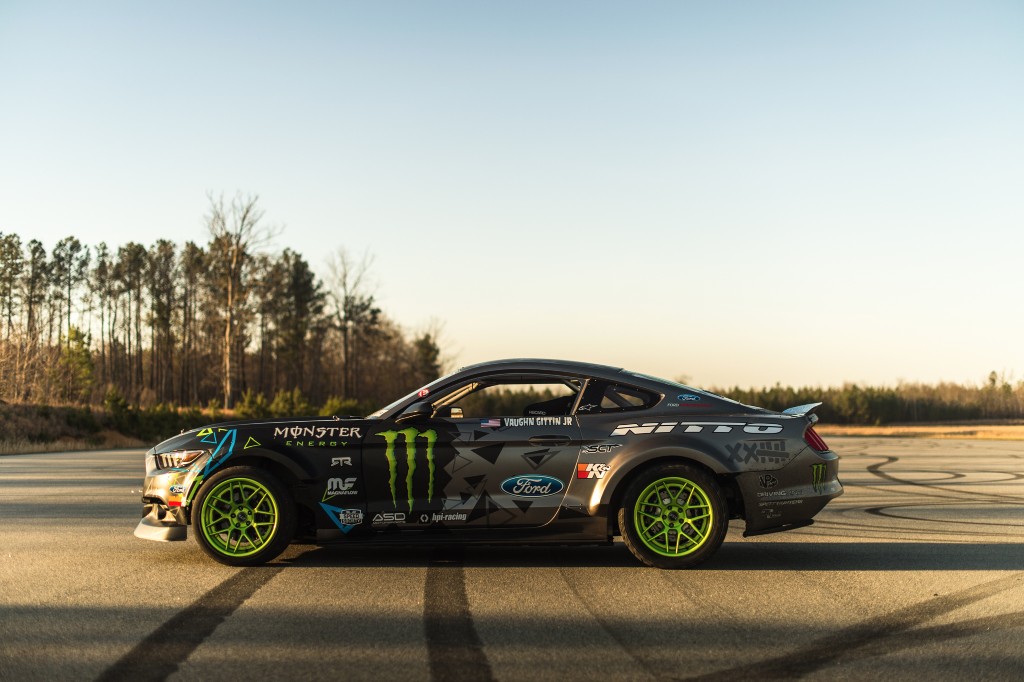 In late 2014, Ford started shipping the globally-available and new-from-the-ground-up Mustang. Aside from the fresh body, the Mustang received a new suspension configuration that includes Independent Rear Suspension (IRS). The introduction of the IRS in the 2016 Ford Mustang presented the team with some new positive engineering opportunities in comparison to the previous generation’s solid rear axle.

In addition to increasing horsepower and optimizing the all-new suspension to utilize the massive grip provided by Nitto NT05 Tires, shedding pounds was a big focus for the team to maximize performance. Utilizing light-weighting processes similar to what Ford is deploying in its production vehicles, the RTR Drift Team utilized composites as well as stronger and lighter alloys throughout the build allowing it to weigh in at under 3000lbs. 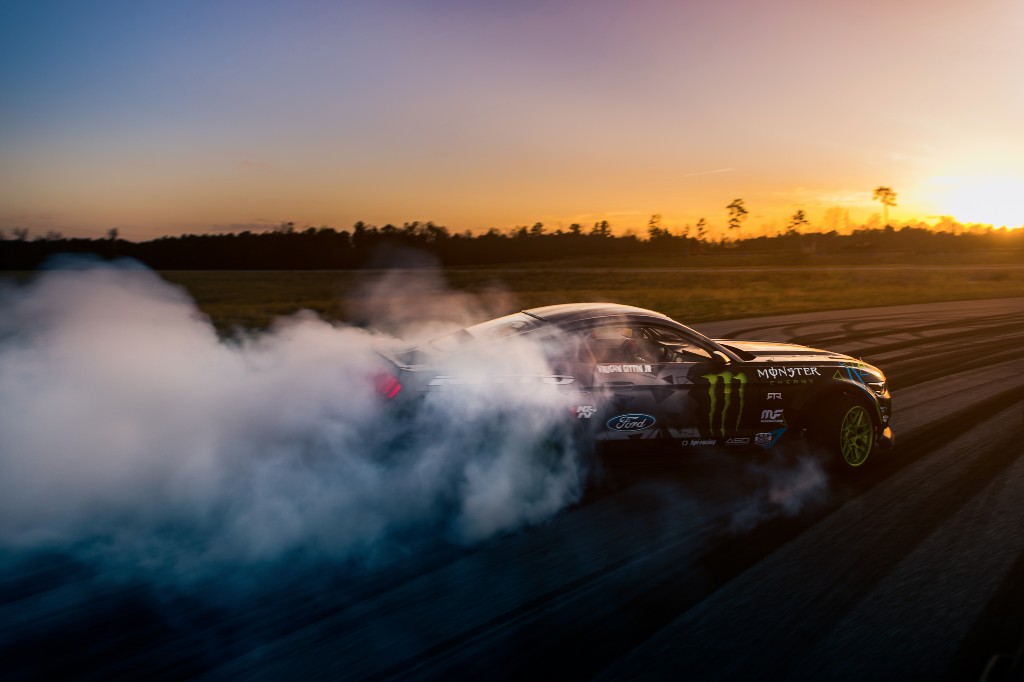 After just one year of development, a recent test at NCCAR was the first real opportunity for the team to open the car up and stretch its legs with long sweepers and technical sections. Following the test, Vaughn and the RTR Drift Team had huge smiles on their faces as it seemed all the long nights and hard work had paid off.

“I was a bit nervous about where we would end up initially,” says Vaughn, “as we have had over 10 years of development of the previous generation S197 Mustang and it was dialed. But following this final test, that nervousness has turned into confidence.” 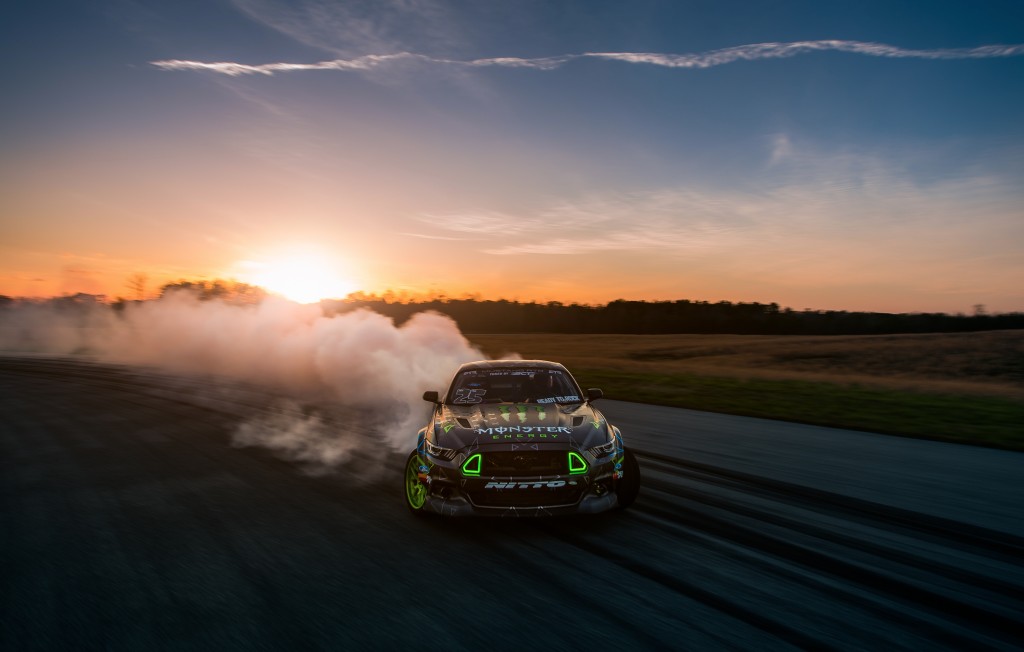 April 9th marks the first round of the Formula Drift 2016 Championship in the streets of downtown Long Beach California. Vaughn and the RTR team are pumped to get back into competition mode with their eyes set on a podium finish.

“We know we are going to continue learning and adapting to what this new Mustang likes out on the track,” says Vaughn. “I feel very good about where we are after only 1 year of development and we just cannot wait to battle it out with the world’s best and leave it all on the track. We are Ready to Rock!”If you can make it out to the Formula Drift event, swing by the RTR Drift Team booth to slap Vaughn a high-five and check out the car in person. If you can’t make it out, follow along on Vaughn’s social media (links below) or watch the Formula Drift live stream HERE.