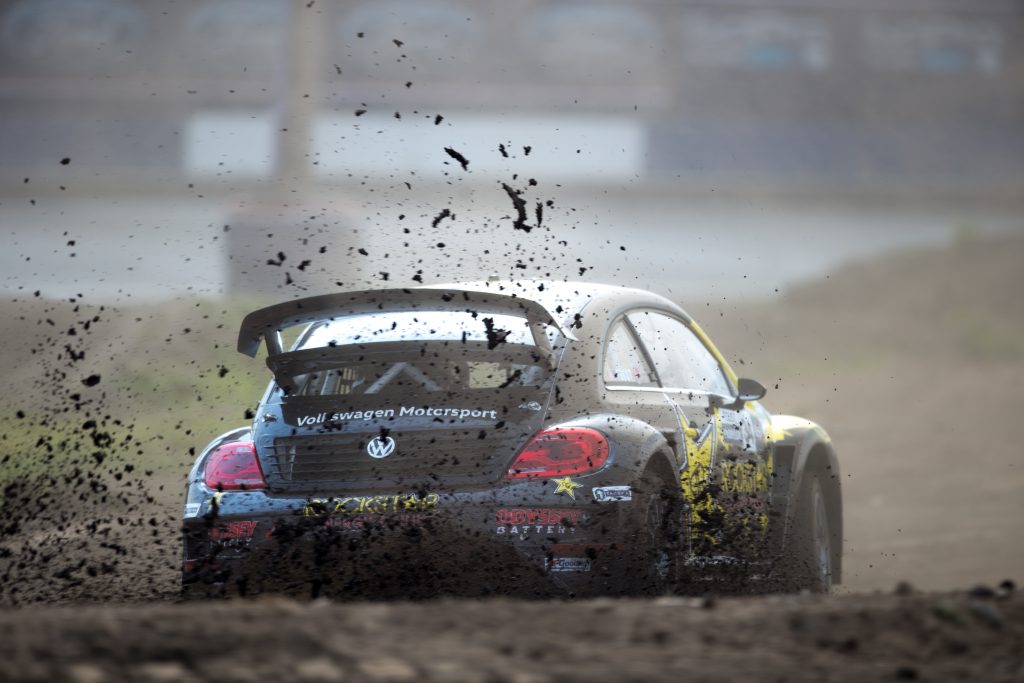 Providing a behind the scenes take during his 2017 Red Bull Global Rallycross (GRC) season, Tanner Foust, driver of the No. 34 Rockstar Energy Drink Beetle GRC for Volkswagen Andretti Rallycross (VARX), will contribute to EverythingDrift to give readers his view from behind the visor. In his first blog installment, Foust looks back on his time in the series, while looking ahead on his fourth season with the team, highlighting how he’s watched GRC evolve while previewing season-opener Memphis and his upcoming season.

I’ve been lucky enough to have compete in every professional rallycross event in the United States and every rally car event in X Games. While parallel courses have been used in X Games since 2006, it wasn’t until 2010 that a true door-to-door rallycross event was held stateside. Since that time, the sport has changed and grown quite a bit. 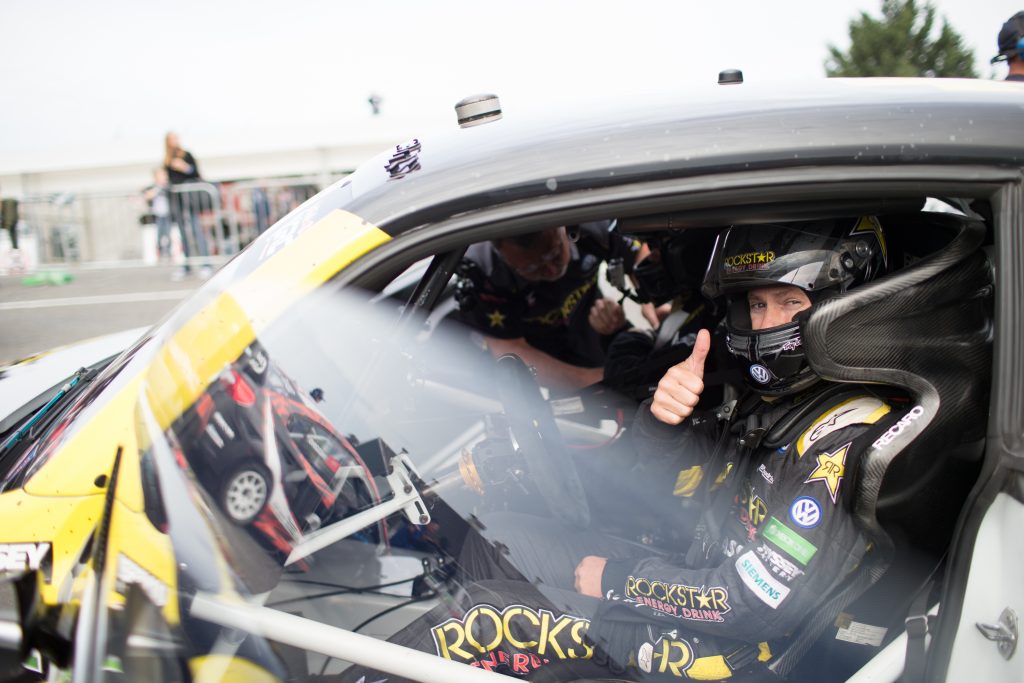 The first GRC championship trophy was awarded after a series of four race weekends at New Jersey Motorsports Park. Travis Pastrana, Dave Mirra and I came out to battle against other pros. While I took the win in an Olsbergs MSE Fiesta, there was quite a spread of cars on-track. A two-wheel drive class saw a Porsche Boxster racing against a V8-powered station wagon. There was just a lot of awesome in the states’ version of the sport’s grassroots beginnings.

Following that first championship year in New Jersey, GRC set itself apart by implementing some of the most insane track features in motorsports, and by racing in America’s most iconic racing venues. We had a metal ramp-to-ramp jump that came to every event with no one really looking forward to hitting that thing each lap. There was also a water spray feature called the “car wash” that would induce four-wheel tire spin while running in sixth gear! Truckloads of sand added to the mix, while racing nights at various NASCAR tracks. Jimmie Johnson and Juan Pablo Montoya were some of the biggest fans of the sport at the time, even if we were keeping their families awake in the night racing around their haulers in oval infields. 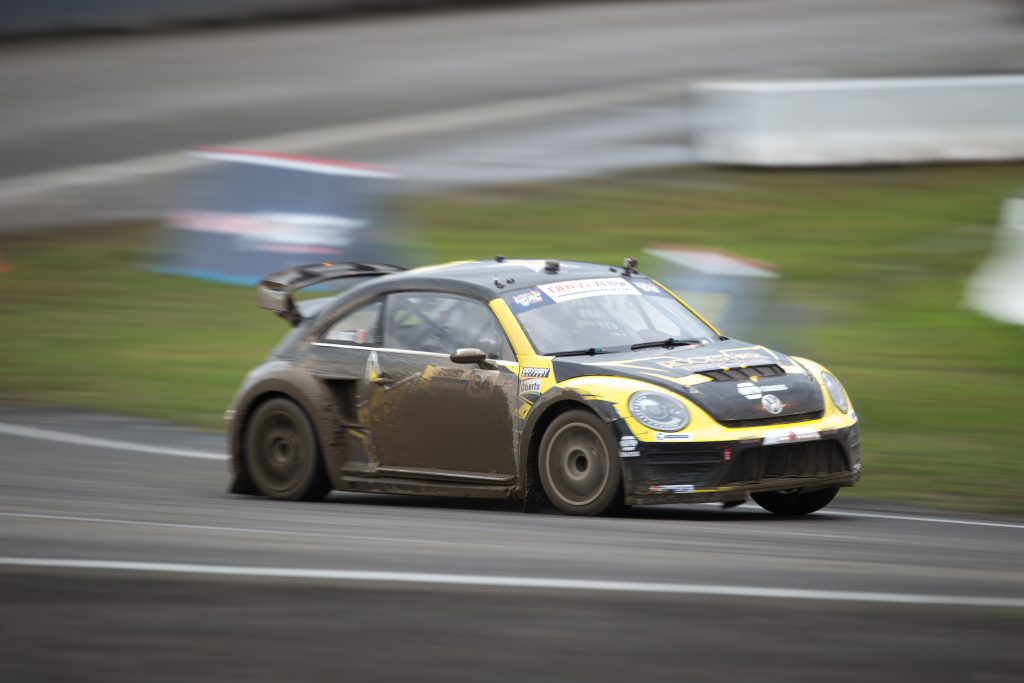 Breaking from the NASCAR venue model, GRC continued to lay its own evolutionary path apart from its ‘older brother,’ European Rallycross (later forming World Rallycross). Different spec tires in the US series made the racing much different, and the tracks became much more portable by having temporary tracks built from scratch for each event.

While rallycross around the world enjoyed purpose built tracks that were much older and permanent, GRC was able to bring the sport into the backyard of fans. They kept some of the key features that made the track thrilling and unique, but were also able to bring the sport to picturesque locations like docks of Long Beach and streets of Las Vegas. The constantly changing venues of GRC have really been the defining feature of the series, and this new season will be dominated by different venues and markets that haven’t been seen as much in past.

There are fun parts within each series I’ve enjoyed personally as a driver. Tracks in Europe are absolutely insane, and packed to the fences with screaming fans that know so much about the very sport they’ve enjoyed for 50 years. With GRC, there is a great challenge and great reward for succeeding on new tracks that you’re able to master faster than everyone else. In many cases when you win in GRC, there is little chance that anyone will have an opportunity to take that title from you the next season because the series is continually changing and evolving to new markets! 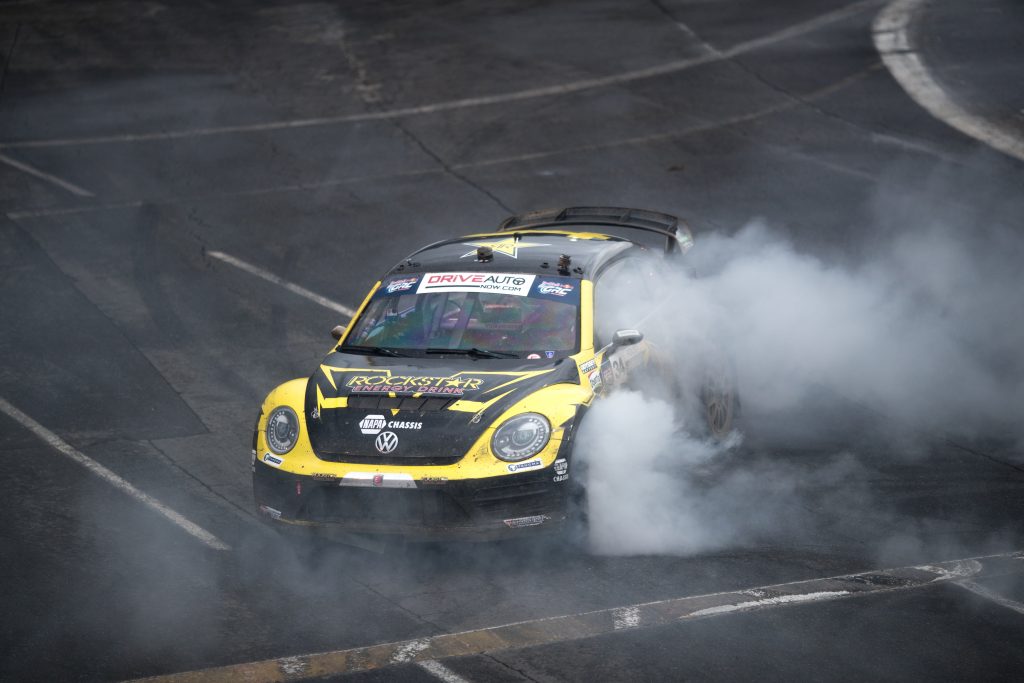 One highlight that greatly sticks out to me is the 2012 finale in Las Vegas. Brian Deegan and I had fought back and forth for the championship, with me narrowly taking it the year before in 2011. In 2012, the championship came down to the last race, right down to the last lap. We had a bet a single dollar, a bet of pure pride (and a triple crown series bonus of $25,000) on the outcome of that Vegas race. Winning that event after red flags and a long night of battling was such great vindication and a relief! The feeling of coming out on top after a great struggle is amazing, and I hope to experience something similar to that feeling of achievement again this season.

As a team, we had a great run last year with our car winning a record 25 heats in a row. We had a few mechanical issues that would’ve made the year a little better, but others had their share of struggles, too. I think we’ve capitalized on any weaknesses we were able to find in the amazingly robust little GRC Beetle, and have made the car better than ever going in to this season. The team worked very hard from both sides of the pond to create what could be the strongest rallycross car to compete in the world. All we can hope for, as drivers, is to repay the team with champagne and gold.

I’m ready to do just that. 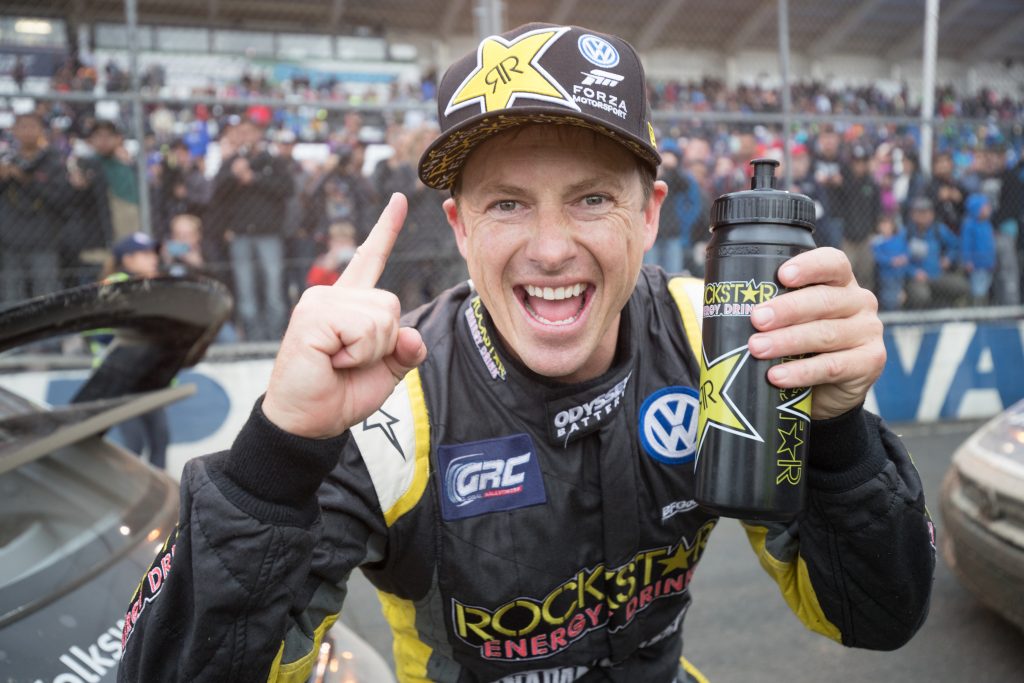