After a successful Round 2 there was very little work required bar a few cosmetic touch ups. Annoyingly when loading up I noticed that one of my new Zestino 07RS Gredge tyres was losing air from the bead of the wheel. Thankfully our very own Fast and Furious Live driver Jodie Rasburn lent me her car to pop to local tyre shop and this was resolved in no time. 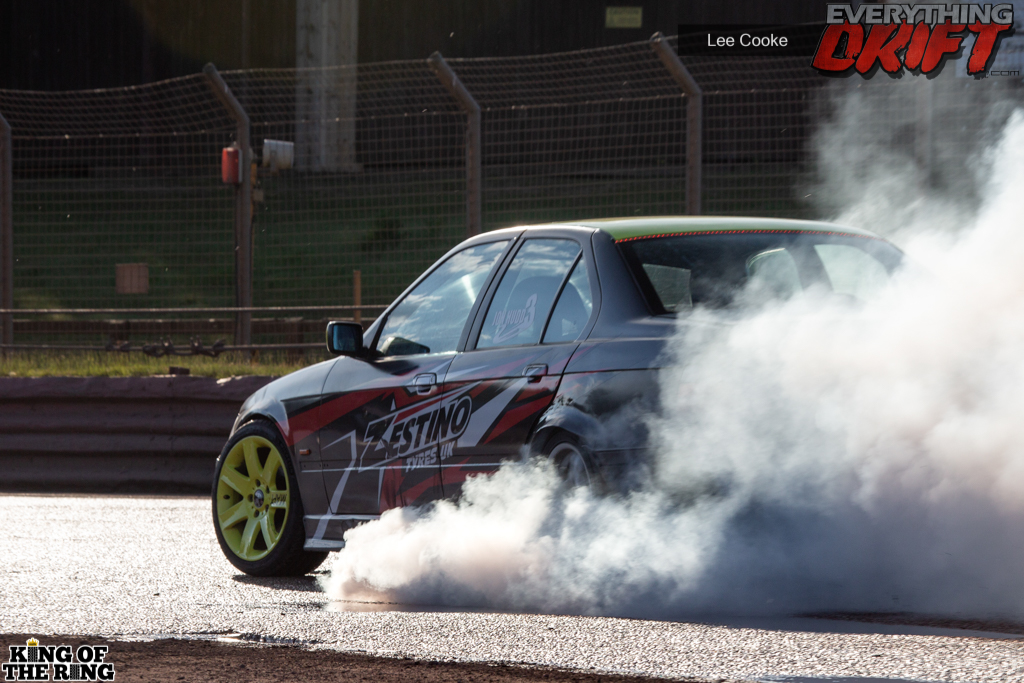 The pits were back to normal this round and everyone was enjoying a great day of practice with plenty of seat time. 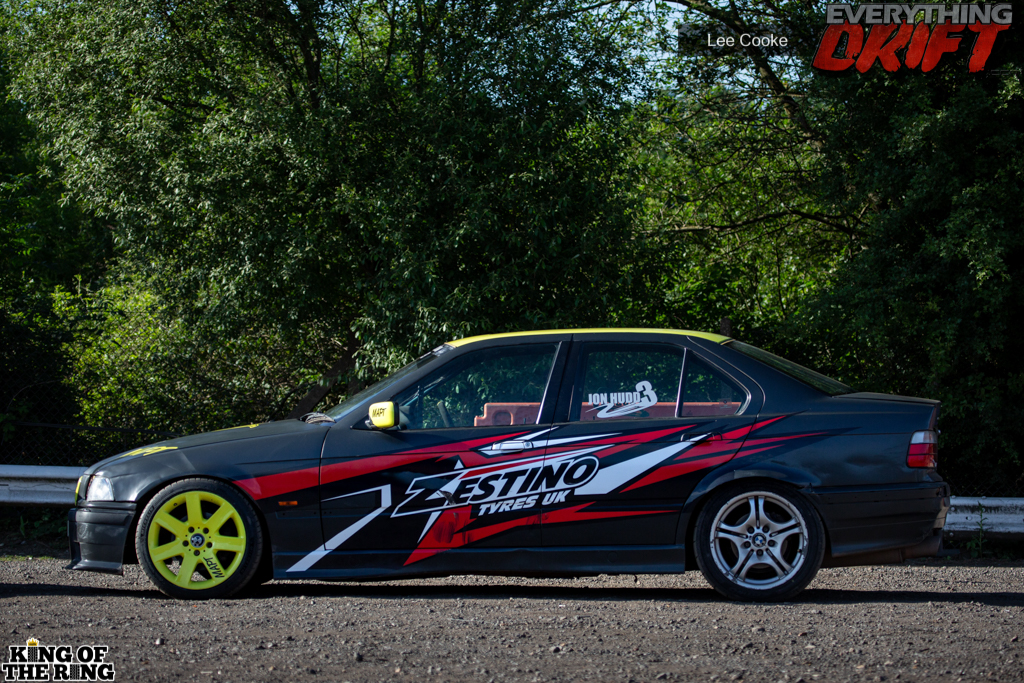 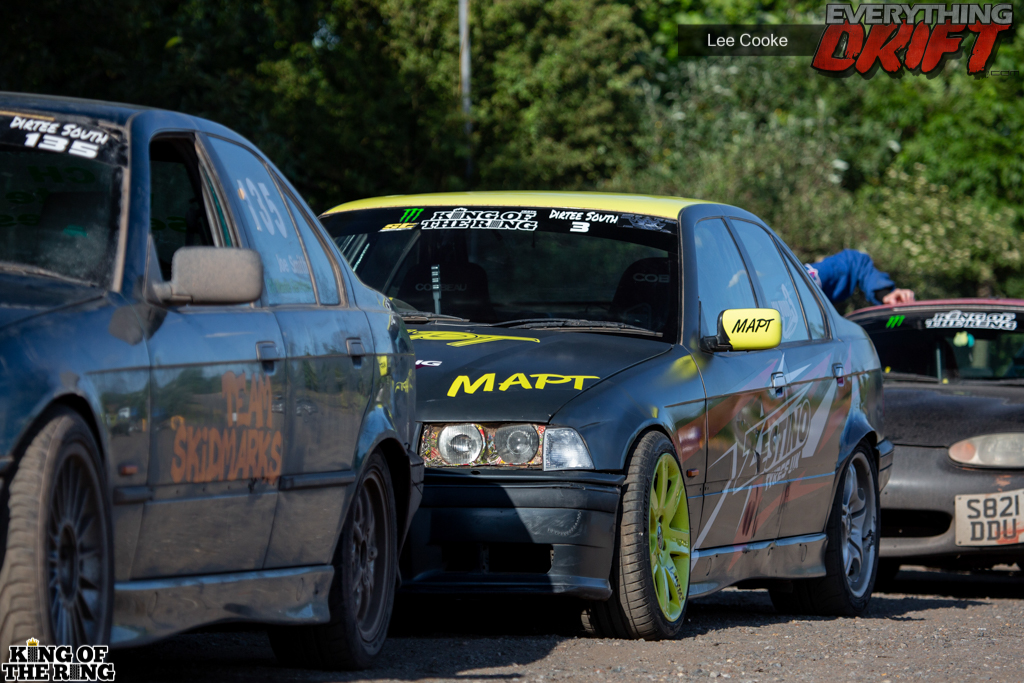 Qualifying went OK but I am still a long way from hitting my goal of 1st place qualifier, 12th had to do for today. 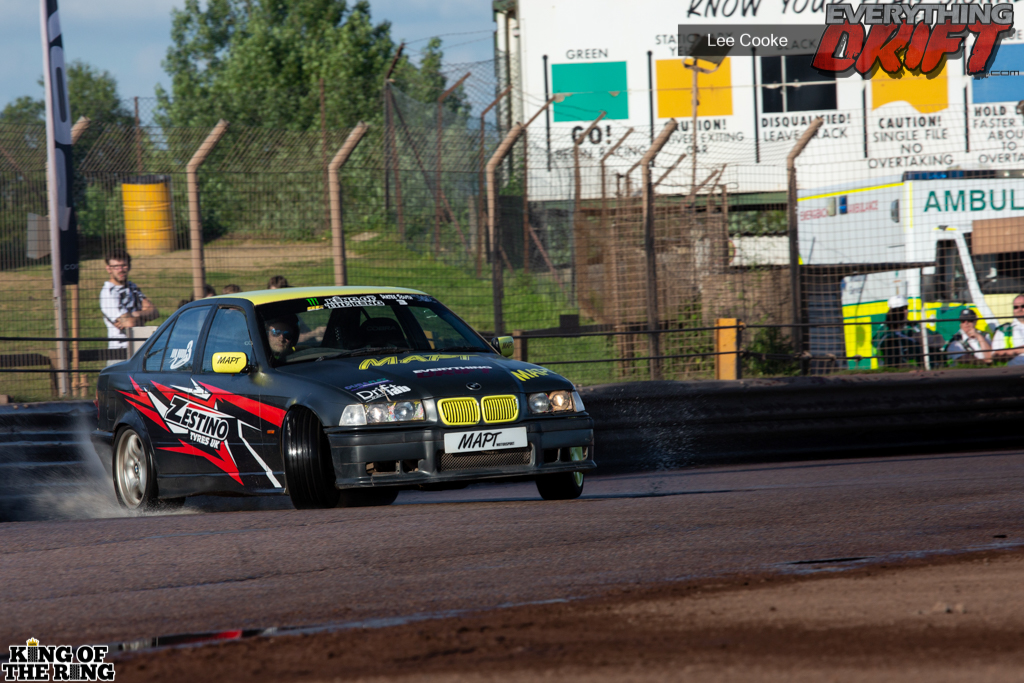 My first battle was against Fliss Spinks. I was excited to battle with Fliss as we regularly practice together. Little did I know that today was the day she had upgraded from 15’s to 17’s and wow what a difference! She has always been a very consistent driver who gets all the clips and today was no exception but with the addition of lots of speed. We took off and Fliss fired it into the first corner and started pulling away from me. I took chase… it wasn’t enough, she was a long way ahead. I dug deep and by the last corner I had finally caught her but best case it would have been a 5:5. 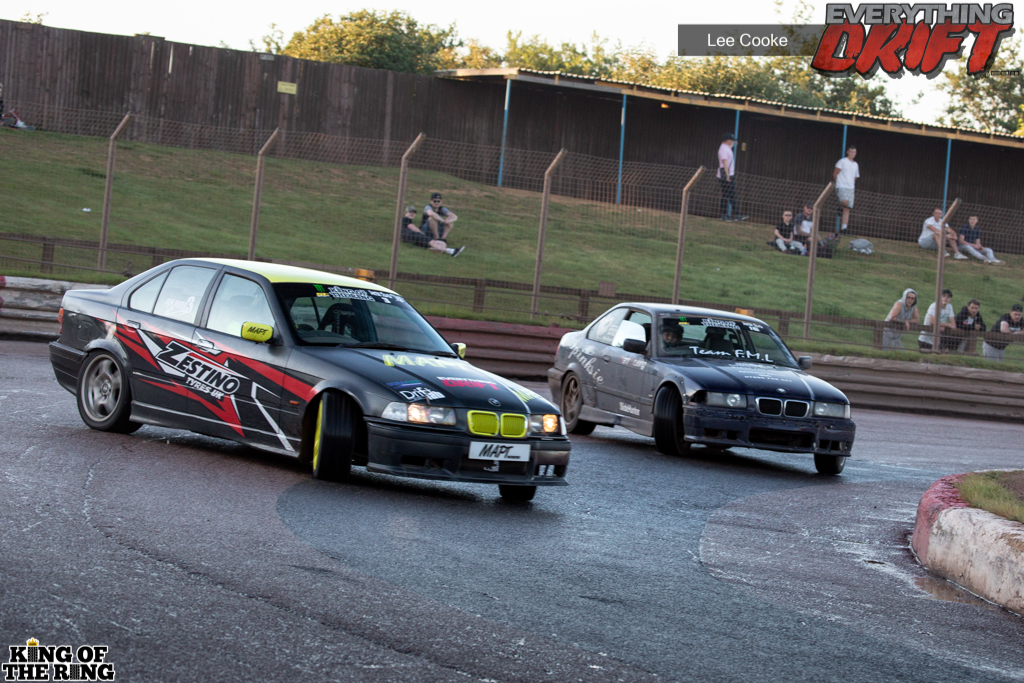 On my lead run I went as fast as I could and concentrated on putting on a solid line. There was no shaking her off my tail but thankfully somewhere along the line I managed to gain 1 advantage point and scraped through to the next round. 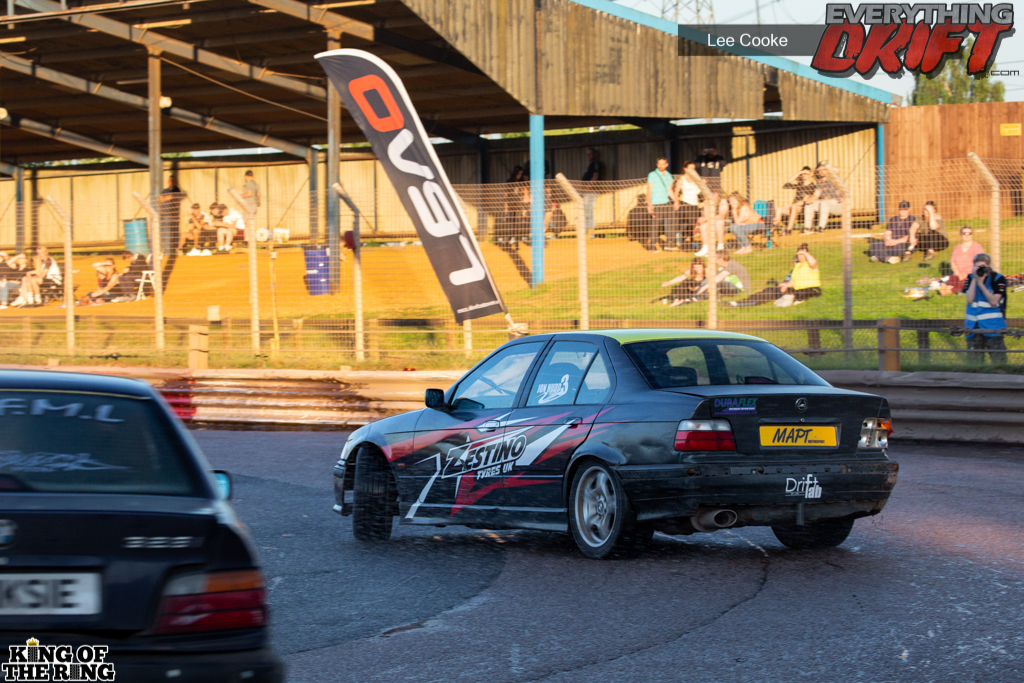 Next up was Eddie Fielder. I knew he was coming for me and if I am honest I was suffering with a lack of confidence before this battle. In my mind I had already lost and felt sick at the thought of going home early. It turns out that this played to my advantage. Feeling that I had nothing to lose I threw the car in harder than I had all day and managed to stick it to Eddie’s door. I stayed close all the way round with just a little tyre rub on his rear quarter as we approached the final clip. 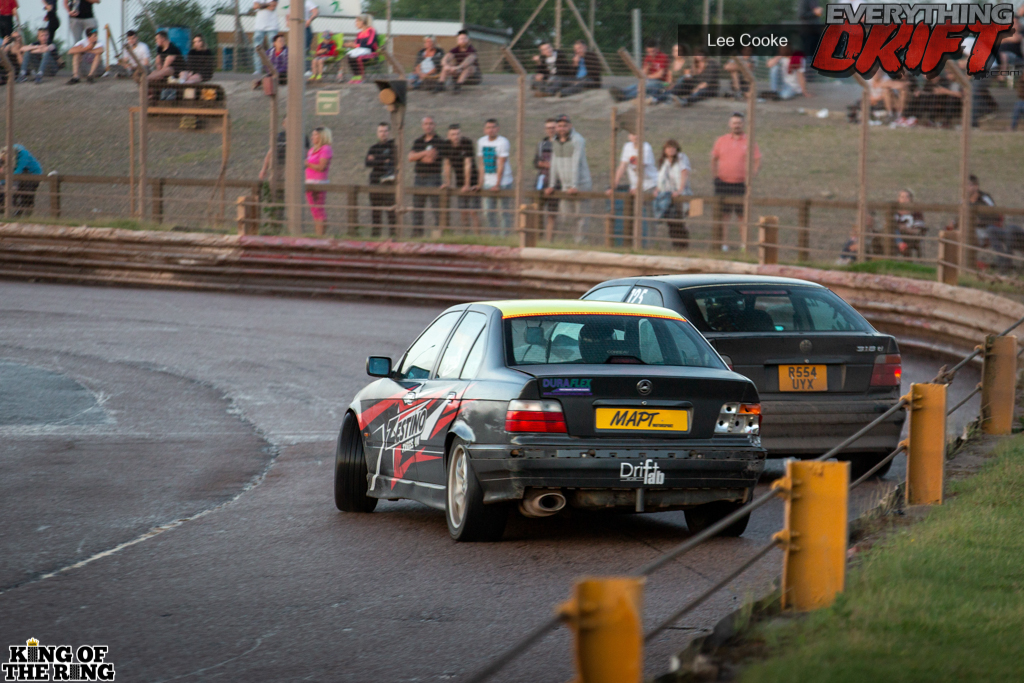 Eddie’s chase run was faultless, but he had slightly less proximity, putting me through to the next round. 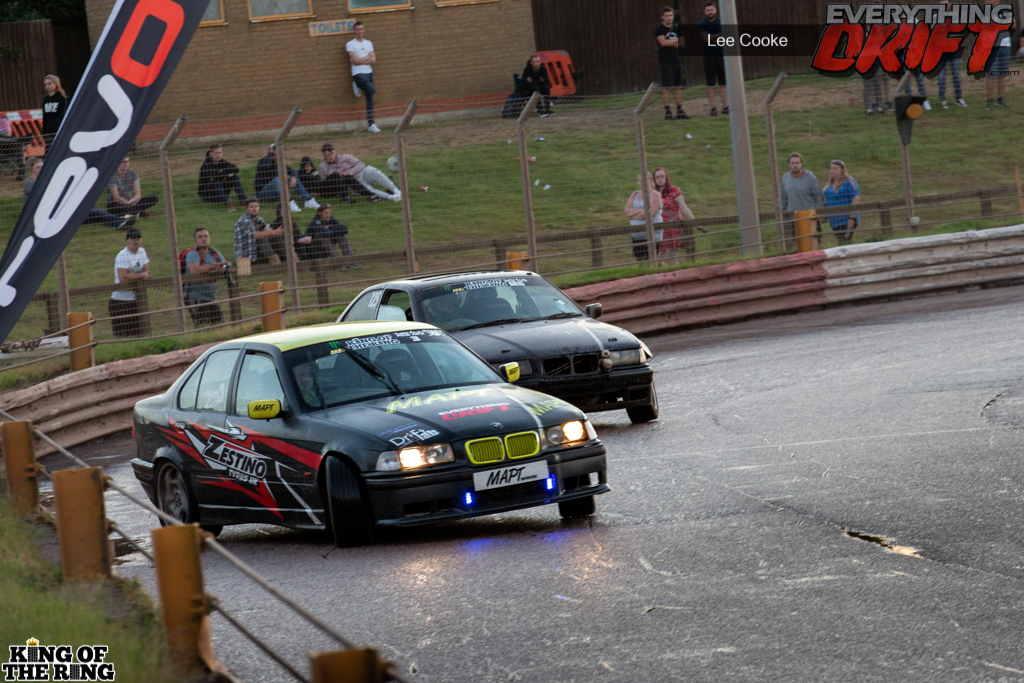 Aurimas Vaškelis was next on the list. Last round I had let him knock me off the top spot and I didn’t want to let this happen again. I believe the speed of my entry took Aurimas by surprise as he had to cut the track to gain proximity. However, as I was slowing to come away from the wall run for the pit gate the contact was inevitable given the line he had taken. 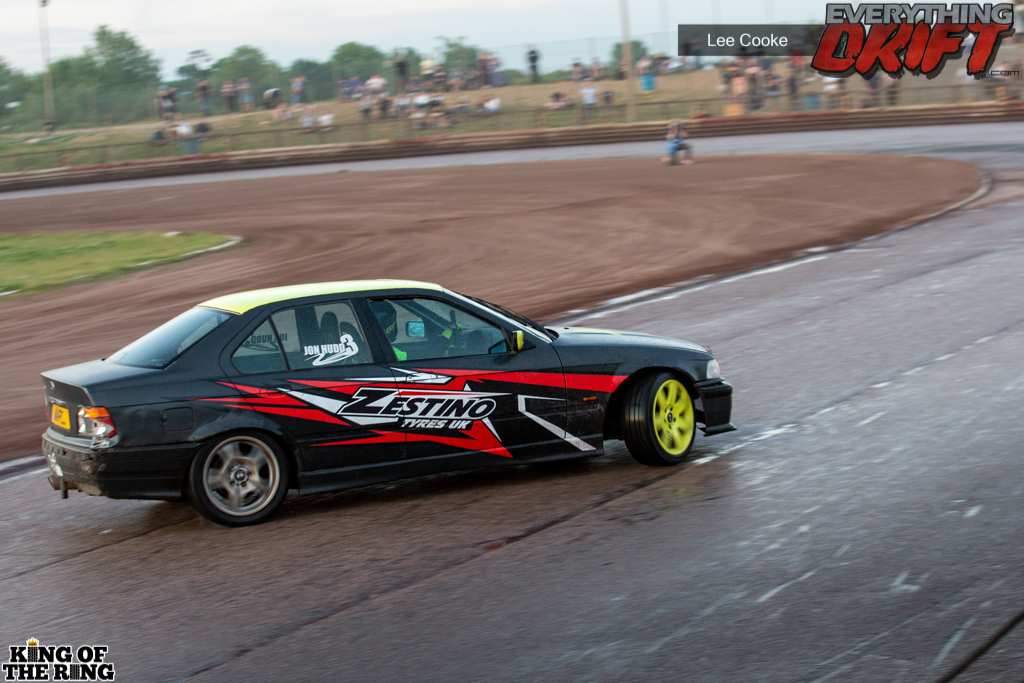 The chase run was difficult as Aurimas knew he had to put on a difficult lead run to overcome the 10:0. The hours and hours of practice paid off and I managed to stay behind him without making too many errors. 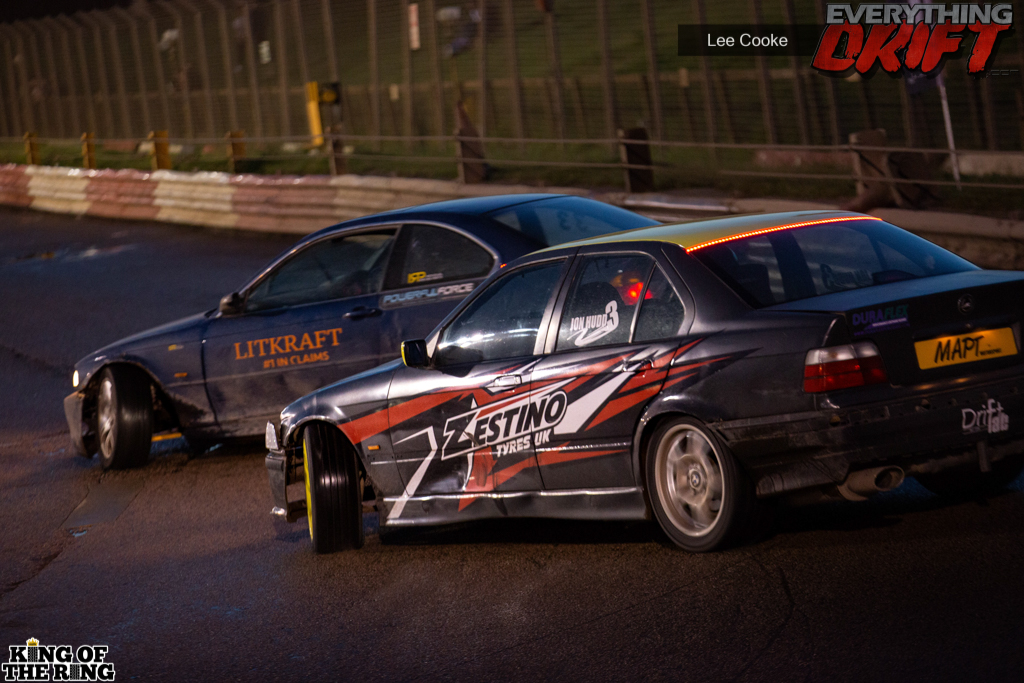 I had reached the top 4 and had drawn Nerijus Voliukevicius in his R33 Skyline. A serious car with a serious driver. Having watched the battles back on the live stream there is nothing to say here apart from Nerijus had me well and truly beat. The speed he was carrying was much higher than mine and I didn’t have an answer for him. I pushed on my lead run but it was not enough to shake the bright yellow car from the corner of my eye until the back straight where he suddenly disappeared… he had spun. Sometimes the drift fairies are there to look after you. 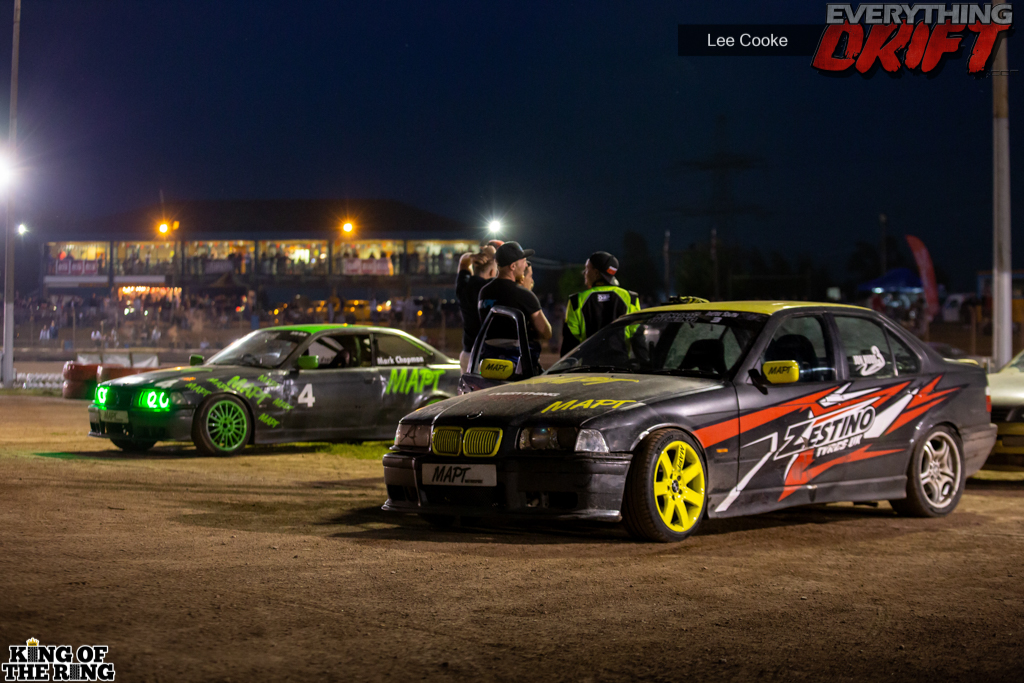 I pulled into the middle to celebrate and watch the next battle. I couldn’t believe what I was seeing, two of my MAPT Motorsport team mates were battling each other for a place in the final. Paul Parnell had the edge over Mark Chapman and took the win. Mark was up against Nerijus for the decider on 3rd and 4th place. Could this be the night we had dreamed of? A full MAPT Podium! Mark took chase on the Skyline and was more than holding his own… it was happening, he was going to get the win. As they came down the back straight, Mark had a momentary straighten which was all the judges needed to separate the two drivers. Today it wasn’t to be but three drivers in the top four is something MAPT Motorsport is very proud of. 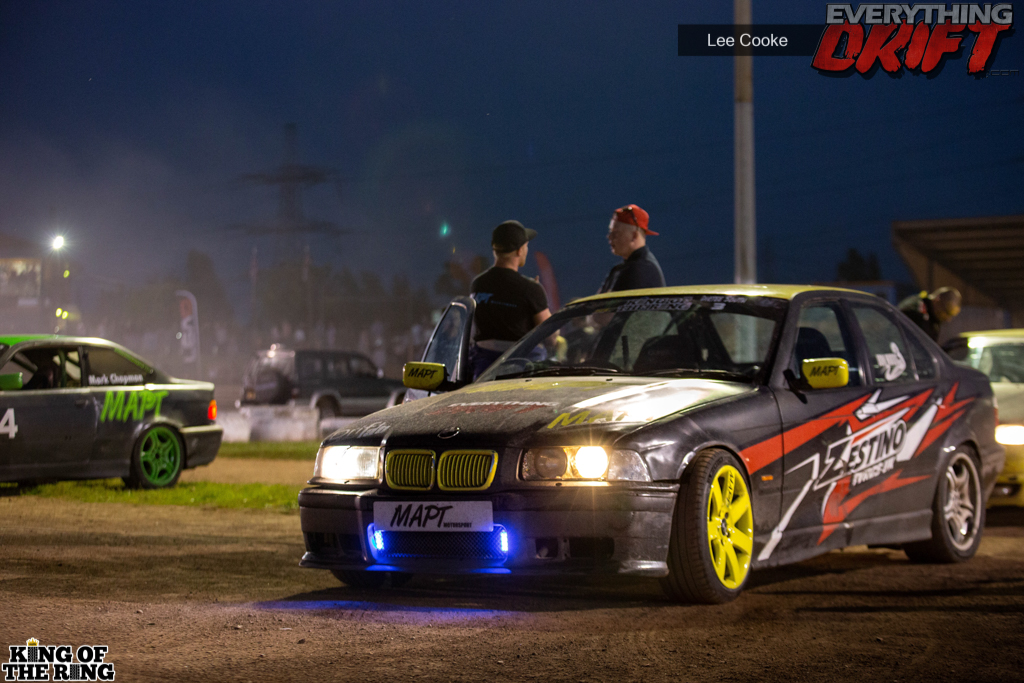 Paul Parnell recently upgraded the engine in his E46 BMW to a 2.8 and having spent so long in a lower powered 2.3 he had developed speed with skill rather than power. Now that he has the 2.8 he is a serious contender for the championship, hence why he is currently leading it. Paul was faster than me but I was fortunate enough that the first battle was re-run. 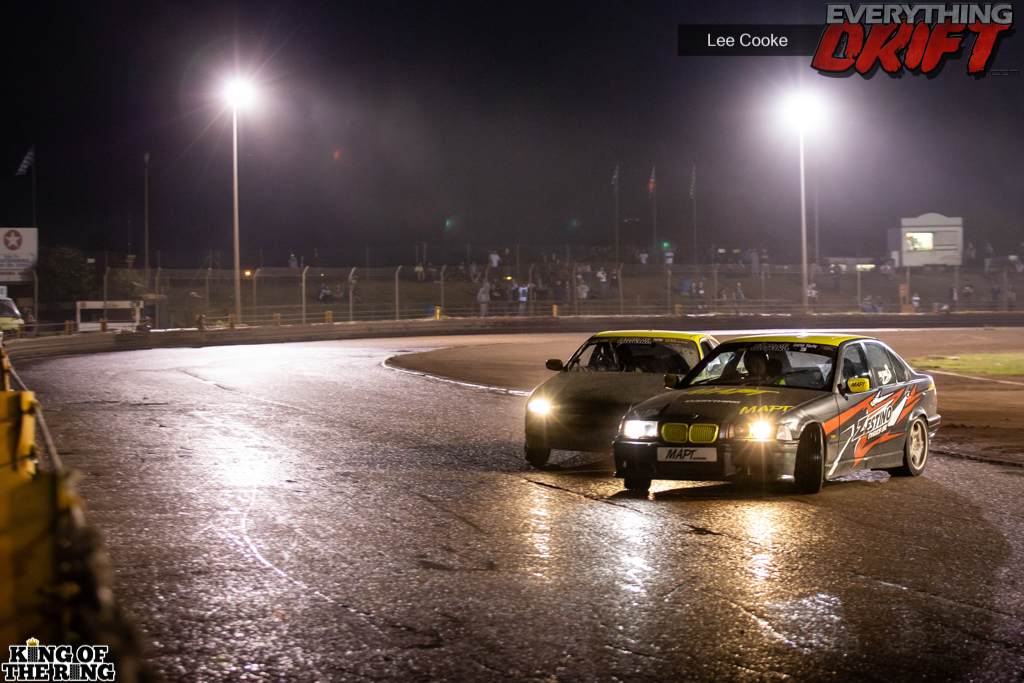 I knew at this point it was all or nothing. I went into full attack mode and dived onto Paul before we had even entered the first clip. I was too aggressive and boxed myself between his rear quarter panel and the wall resulting in a lock up and a complete miss of the first clip. It was an easy decision for the judges after this error. For the second round in a row Paul was on the podium but this time on the top spot. It was a pleasure to be stood up there with both him and Nerijus. 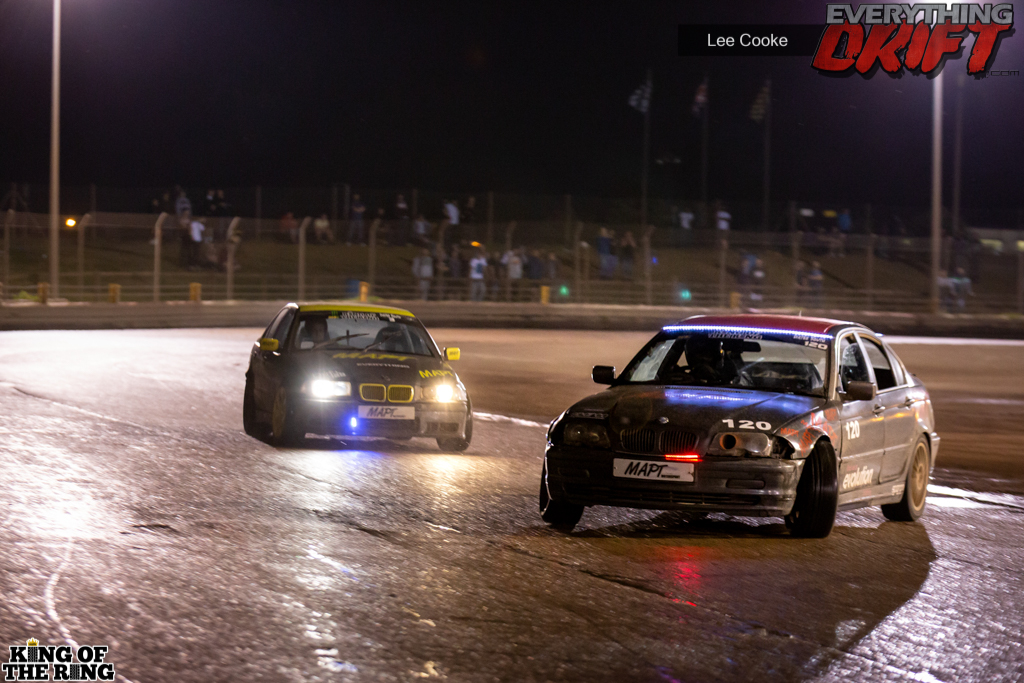 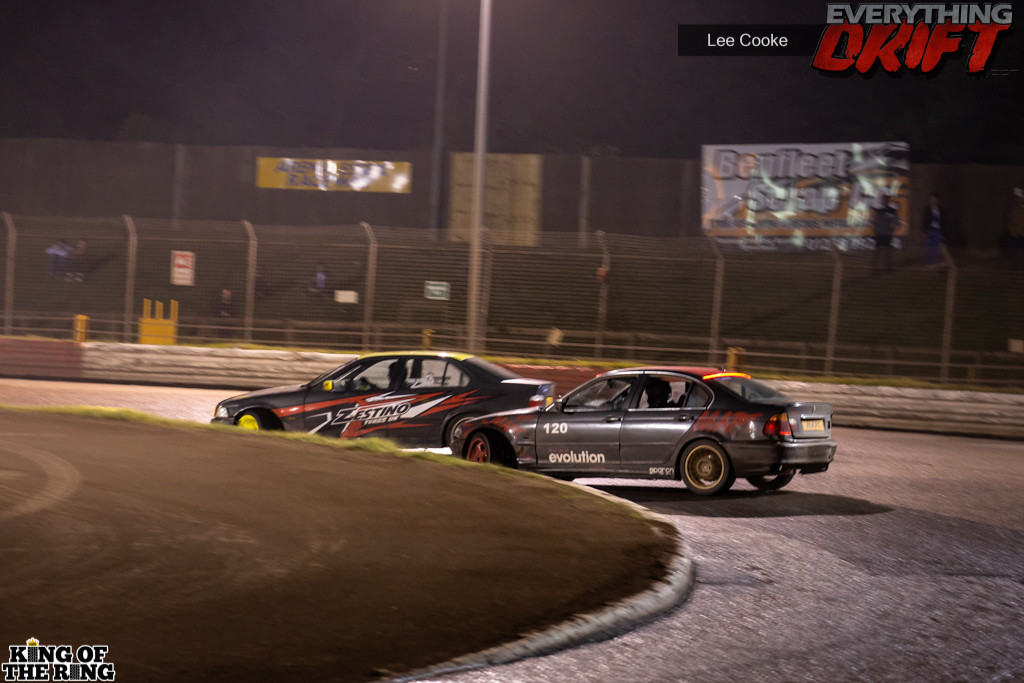 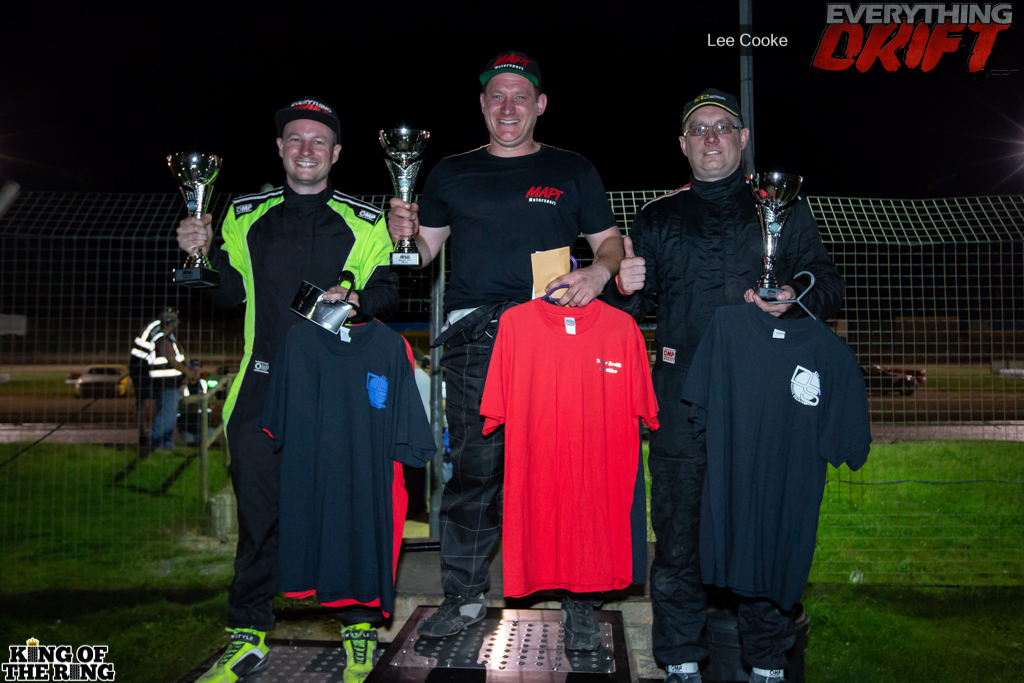 The next round of King of the Ring is not until 2nd August at Arena Essex meaning the drivers get a well-deserved break/opportunity to practice. Practice is every other Wednesday 16:00 to 21:00 and can be attended by anyone with a RWD car and a welded/limited slip diff – http://www.arena-essex-raceway.co.uk/drift_practice.aspx
If you are considering getting into drifting, come down and say hi, all the drivers are really friendly and are there to offer advice and help. 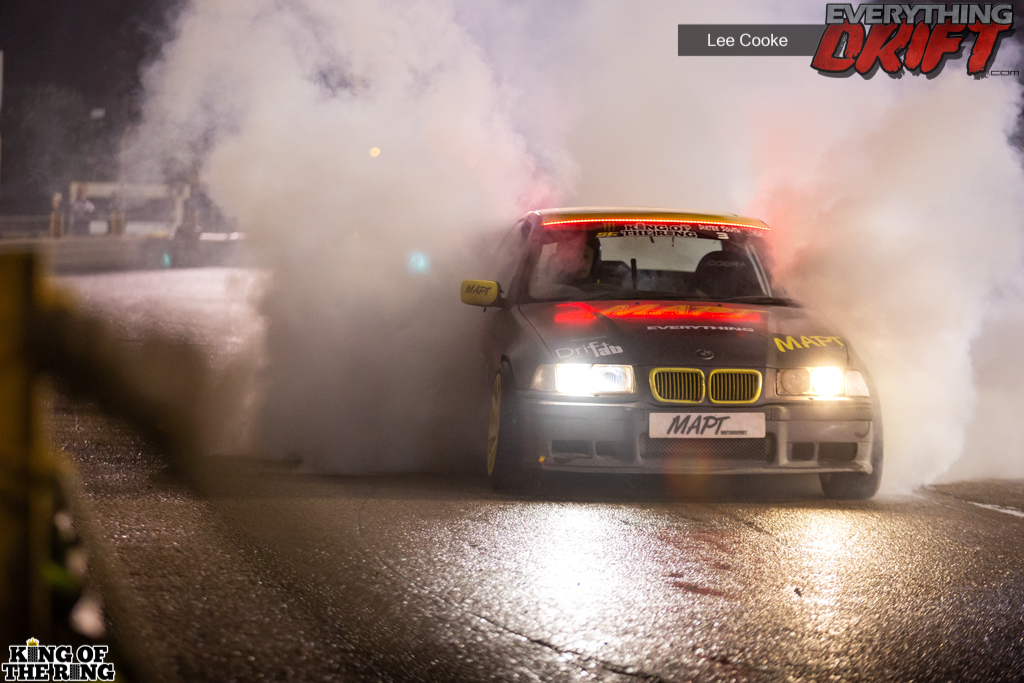 I would like to say a special thanks to all my fans, supporters and sponsors including Zestino Tyres UK, Driftfab, EverythingDrift.com and Duraflex Extreme Bushes. 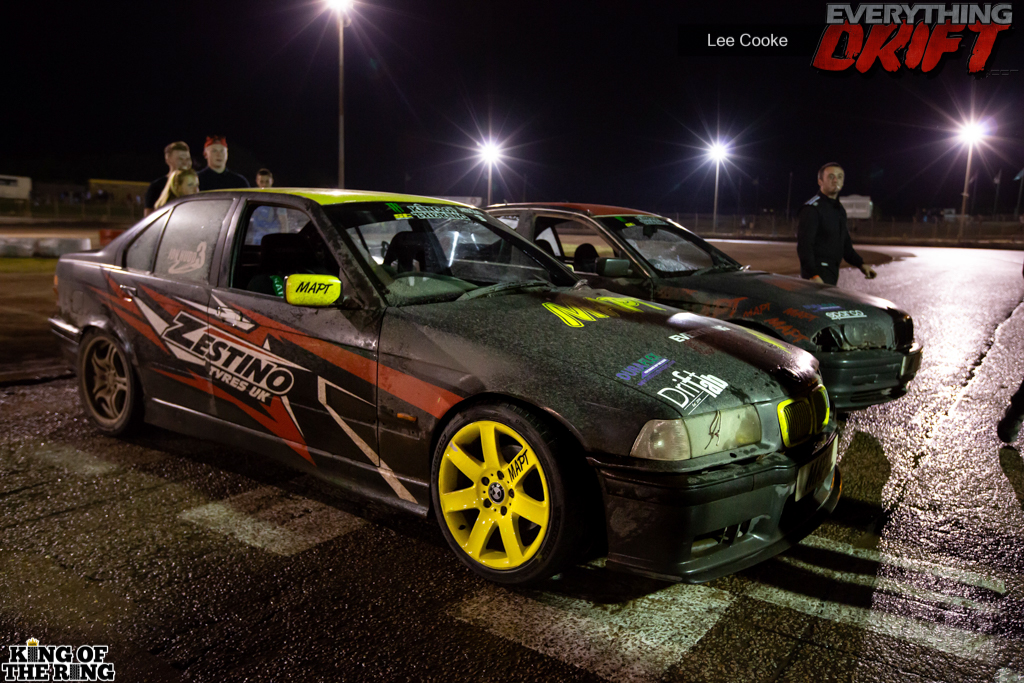