This season not only brings a new Championship but also a new car. It was a challenging start with an engine and gearbox failure on separate practice sessions. Out came the engine and instead of a refresh, Performance-at-Hart built it capable of handling bigger power in the future. 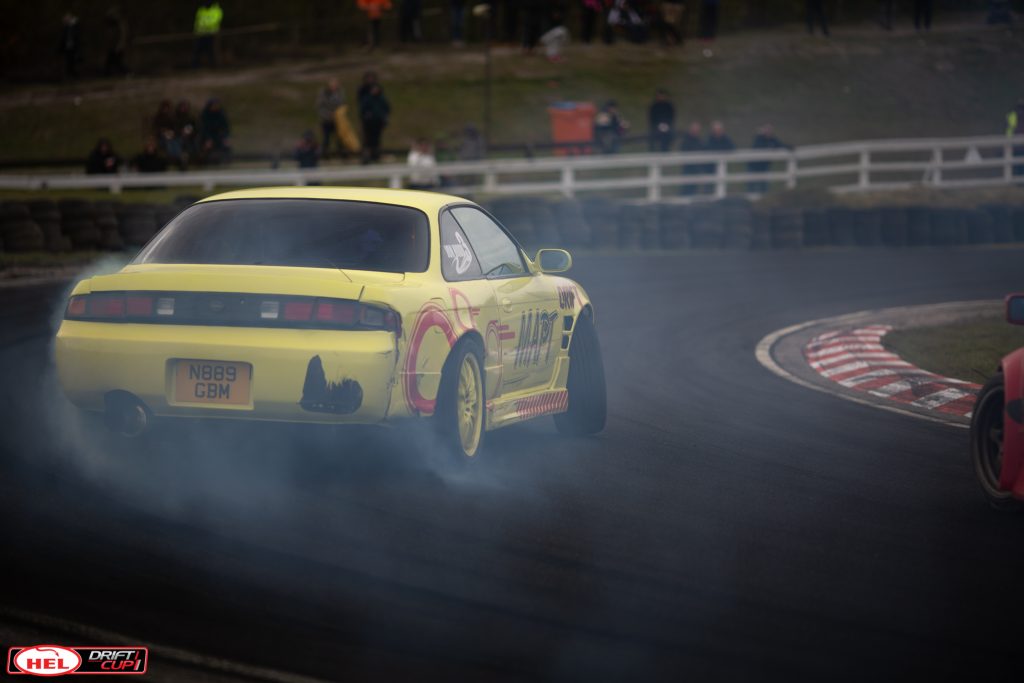 Garage-D did a sterling job converting the Nissan 200SX S14 to take a skyline box. Hopefully giving it the strength required to cope with my lack of mechanical sympathy.

After many long days and late nights, the car was ready and we arrived at the circuit in time to watch the un-seeded class. This did not help the pre-game nerves as it became very apparent that there were some very serious machines on circuit. 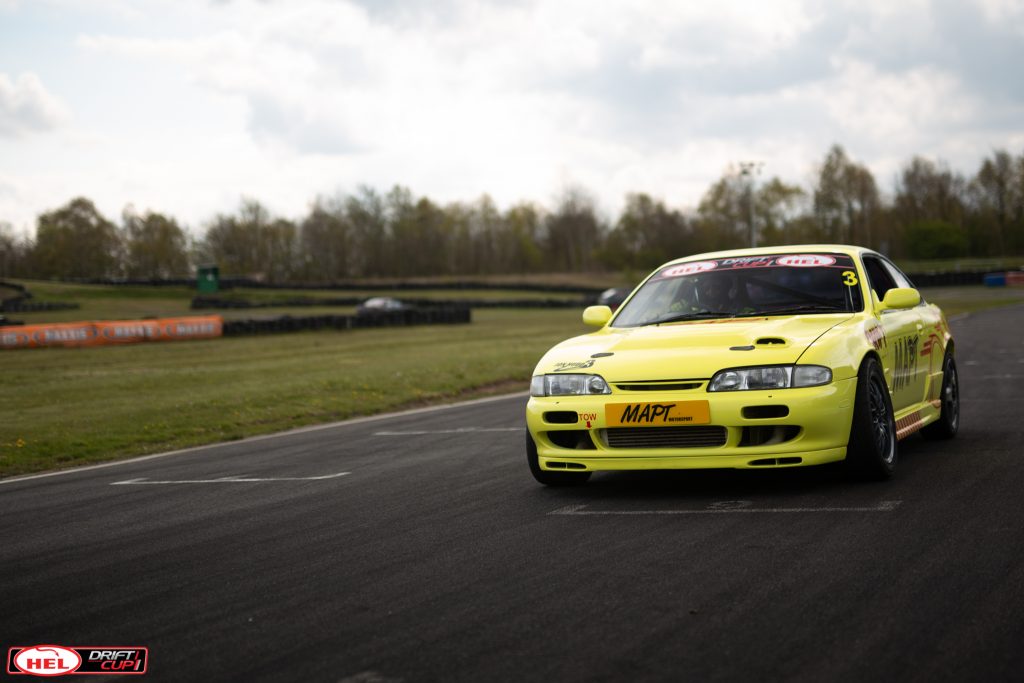 The Sunday is for seeded drivers and bang on 10:00, the track was open for action. Here was where the fun stopped for me. My lack of experience in the dry was really showing me up. 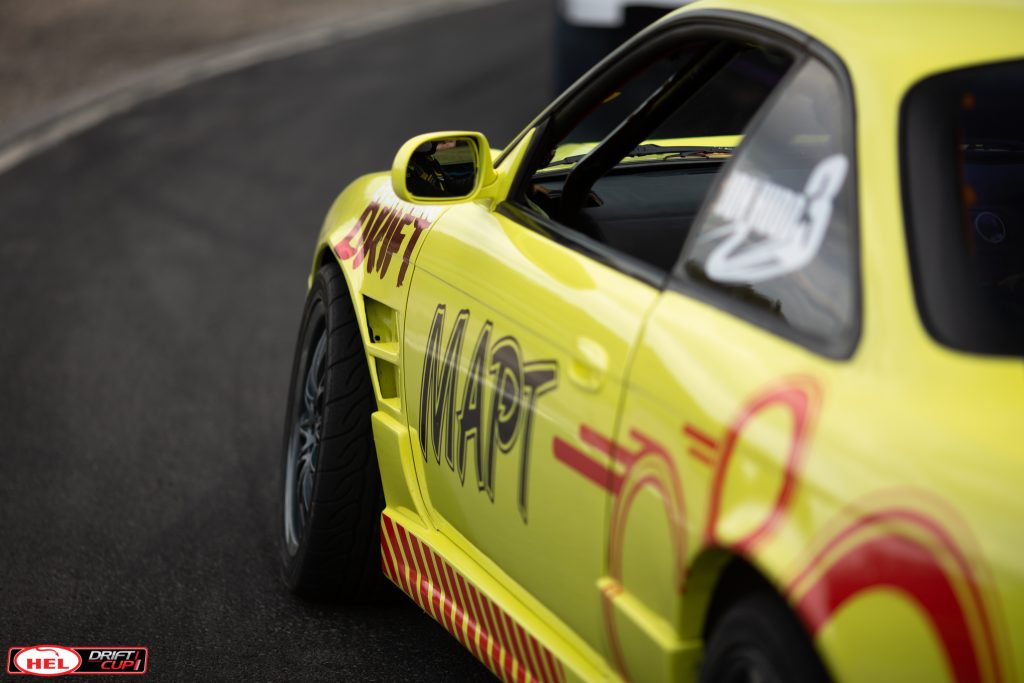 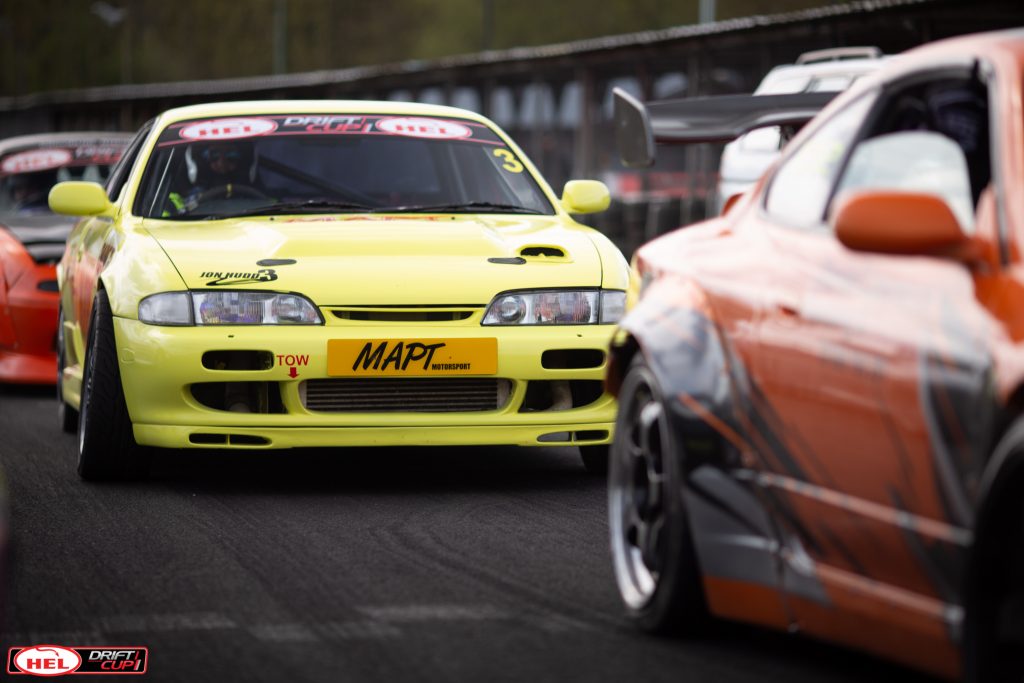 I had major issues all morning, including a coming together with my MAPT Motorsport team mate Paul Parnell, after I missed a shift causing me to straighten in front of him. 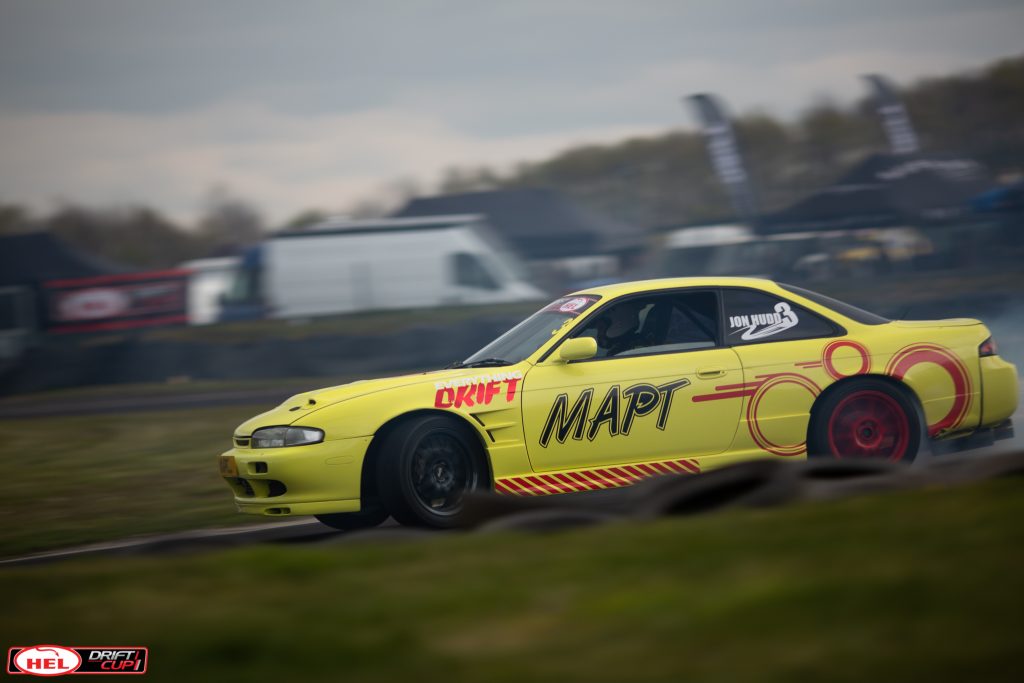 As practice was drawing to a close, I was chasing a Skyline driven by Raphael Fulco. It was a close chase run and I stayed close slightly too long, which resulted in the two cars coming together over the line. This knocked me onto the grass and straight through a tyre wall! The car was in a pretty bad way but within 15 mins, the team had it back on track in time for a practice lap before qualifying. 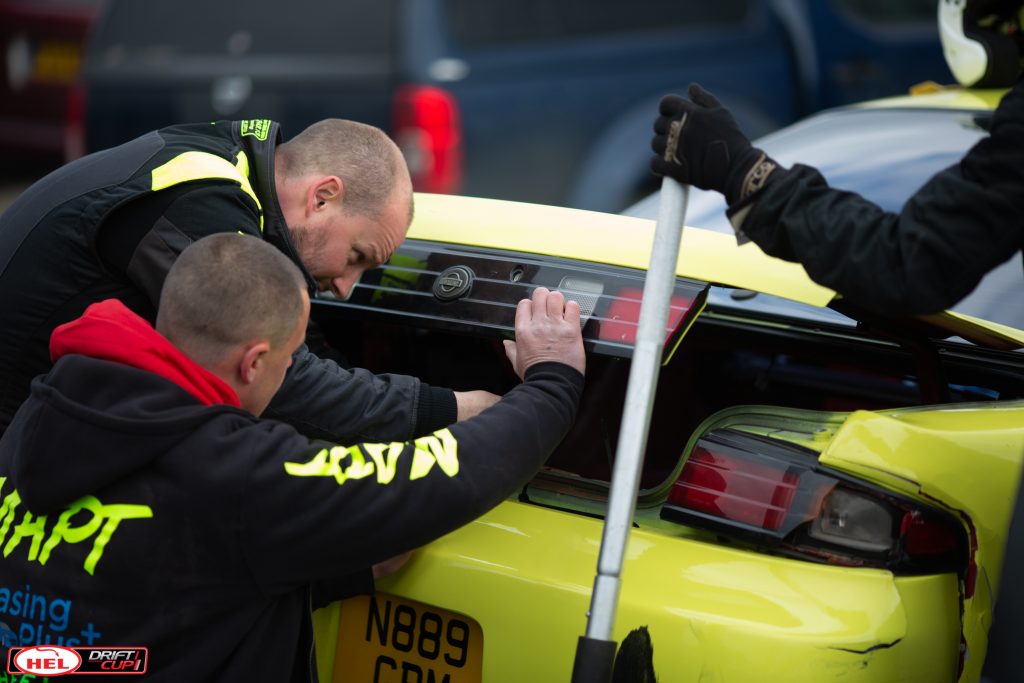 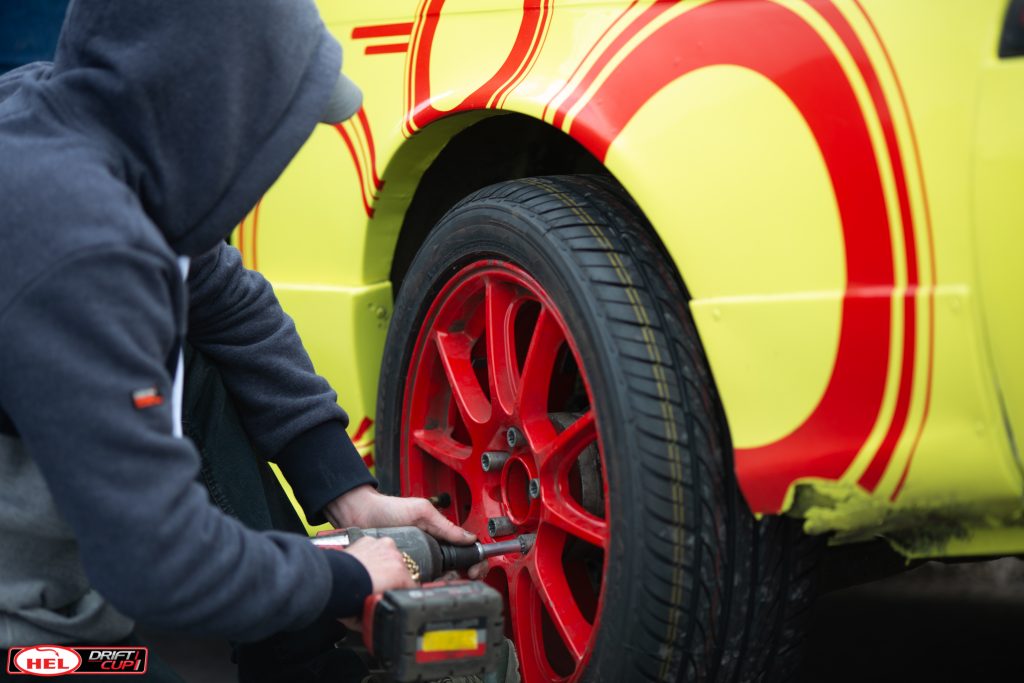 Having kept my number 3 from the King of the Ring Championship, I was first out to qualify. I scored 69 in my first run and 72 in the second putting me in 6th place. 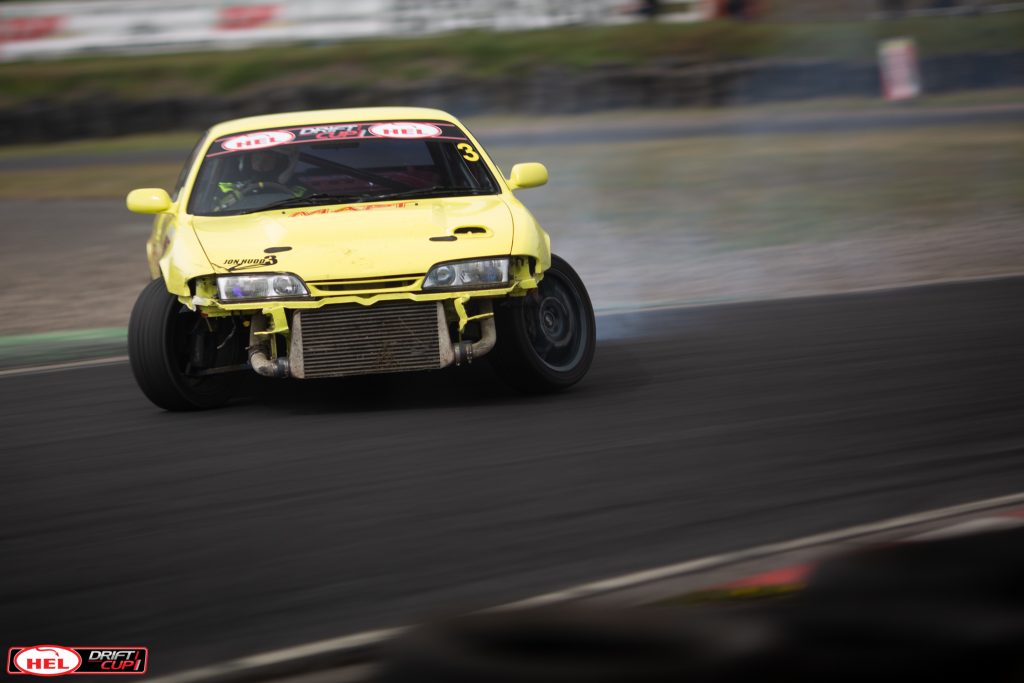 My first battle was against Justinas Norkus in his Turbo V8 E36. Justinas suffered an over rotation into clip one giving me a 10:0 advantage. Despite being outpaced on the second half of the battle, I went through to the top 16. 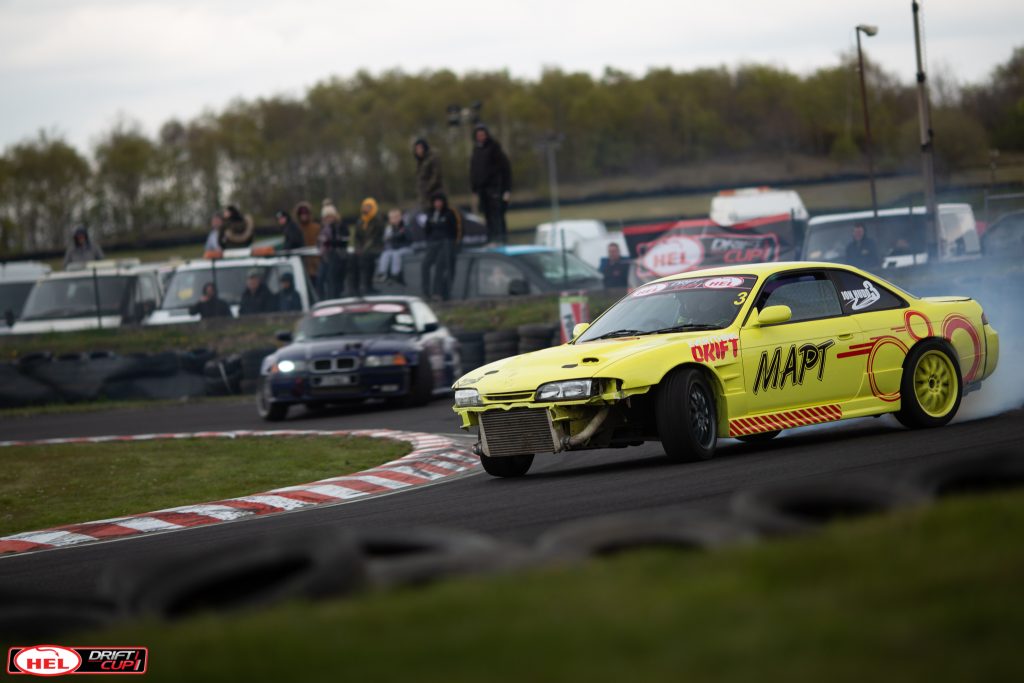 The top 16 battle was against the same Skyline that I had the coming together with earlier in the day. Bar a slight miss shift from 2nd to 3rd, my lead line was pretty clinical and I entered the second half of the battle with the advantage. I made an error into clip 1 so knew I had to make up for it for the remainder of the run. I glued myself to the side of the Skyline and managed to progress to the top 8. 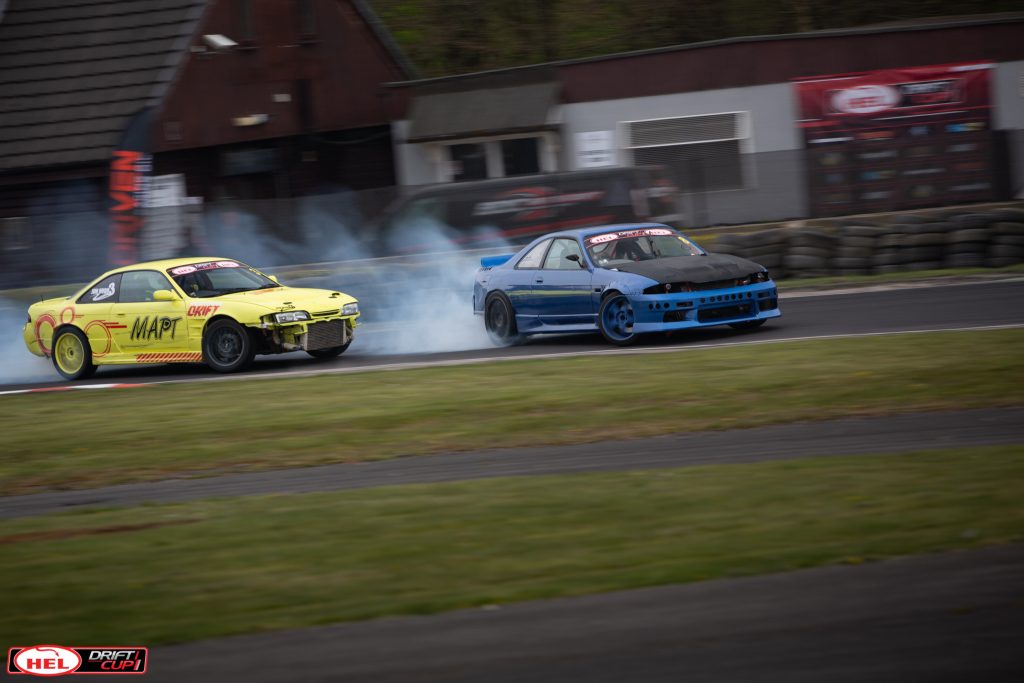 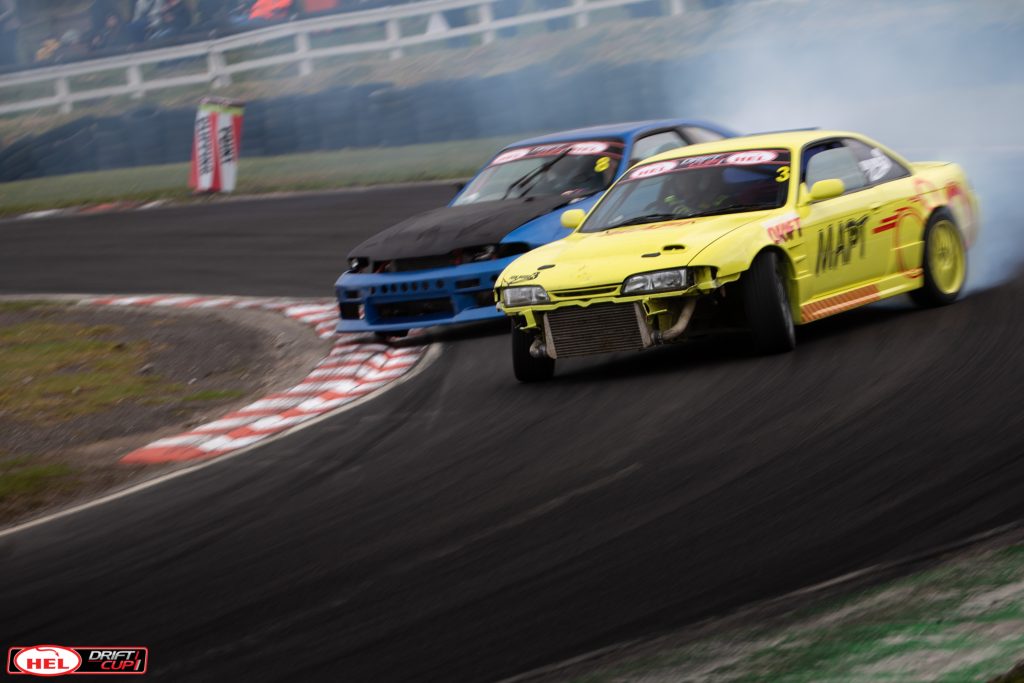 I was up against Stuart Adsley who won the 2018 Scottish Drift Championship. My lead run was ok until I missed another gear change, cutting off his line. I knew the judges were going to come down hard on me, so I had a lot of work to do. 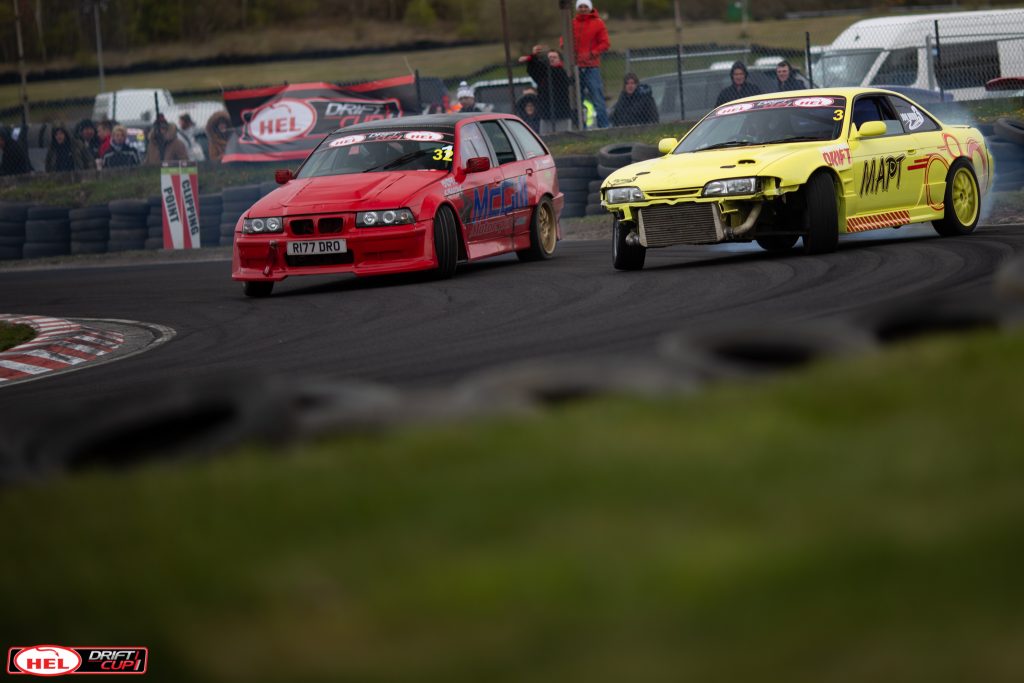 On my chase, Stuart got the legs on me off the line. I tried to catch up and I entered too hard into clip one causing me to drop a wheel into clip 2. To my amazement, the judges couldn’t split us, calling a one more time. 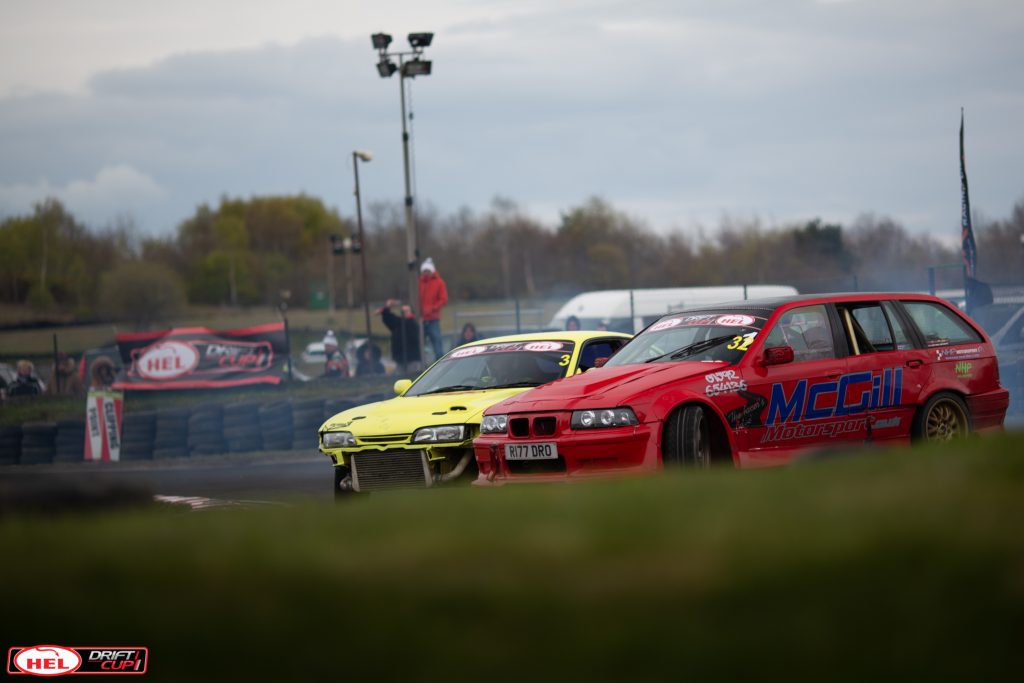 On my lead, I couldn’t shake Stuart in his E36 M3 touring, his proximity was excellent throughout the battle. I tried to return the favour on my chase but wasn’t quite as close. A well deserved win for Stuart; I look forward to a rematch later in the season. 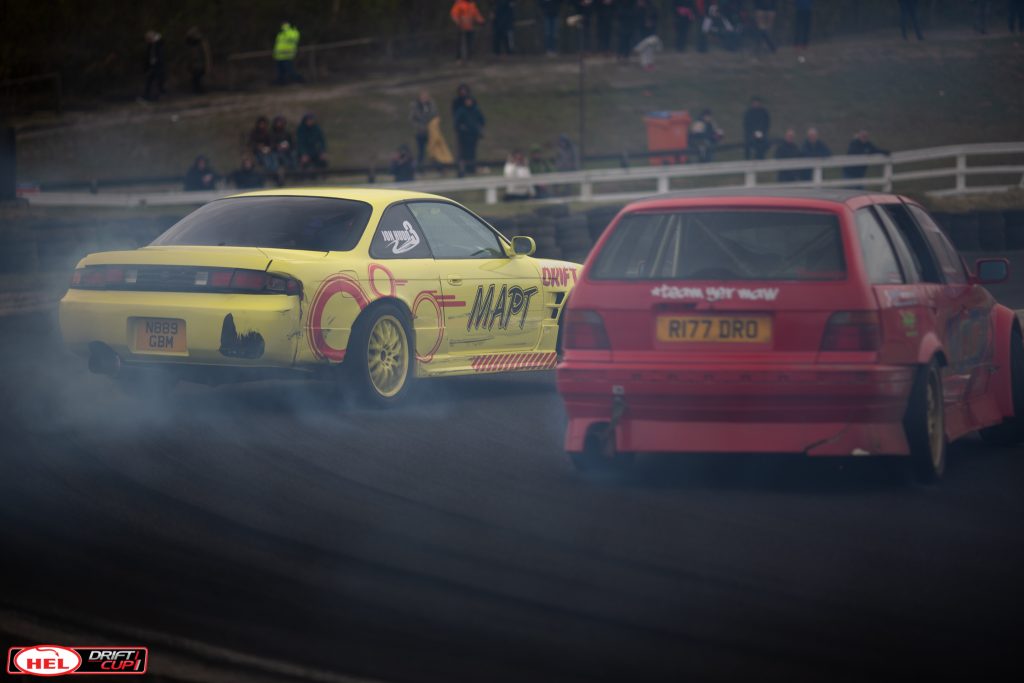 Round 2 of HEL Drift Cup is being held at Adrian Flux Arena – 10th – 11th May. I would like to express my gratitude to all of the event organisers and marshals. It’s exceptionally well run and I think I speak for all new drivers and supporters to say that we were all made to feel very welcome. 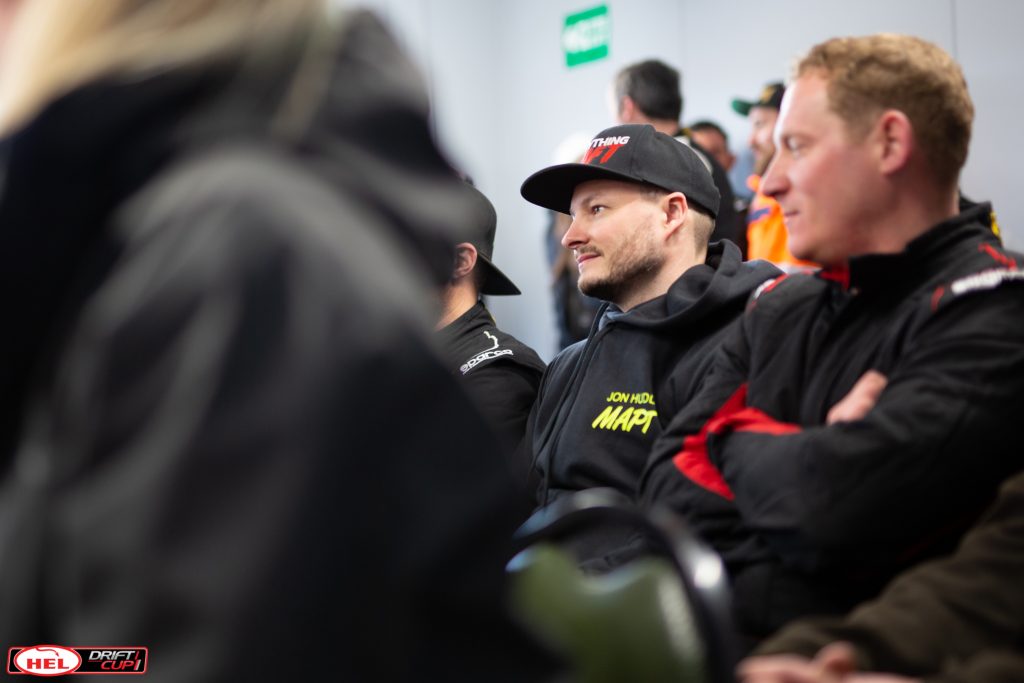 Thank you so much to all my sponsors and everyone that has helped get the car ready for the start of the season, EverythingDrift, Leasing Plus, MAPT Motorsport and DriftFab. 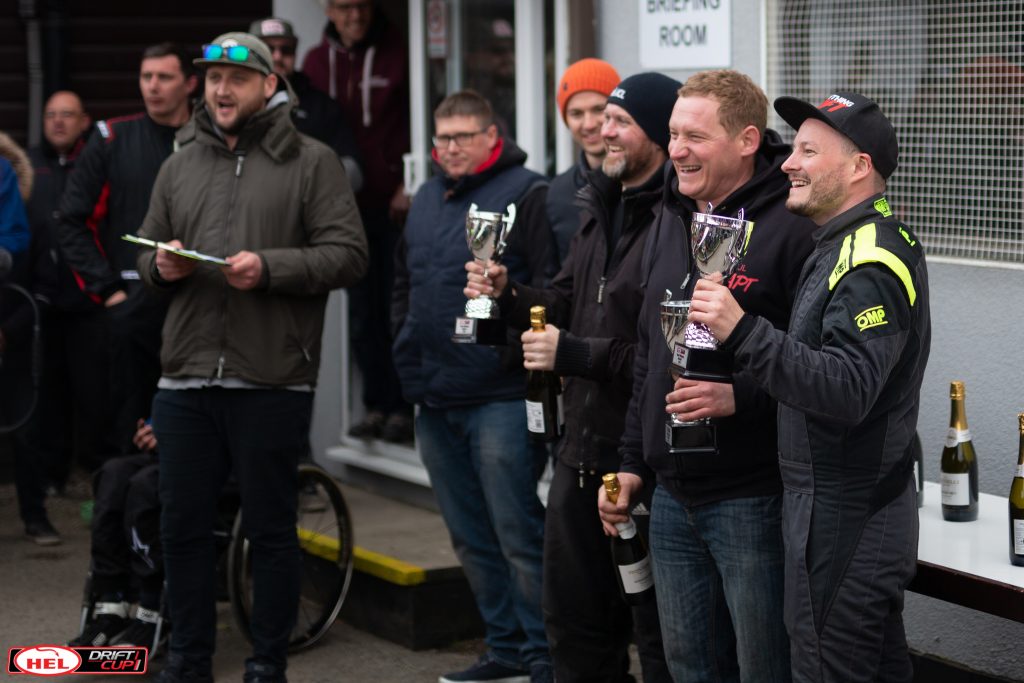