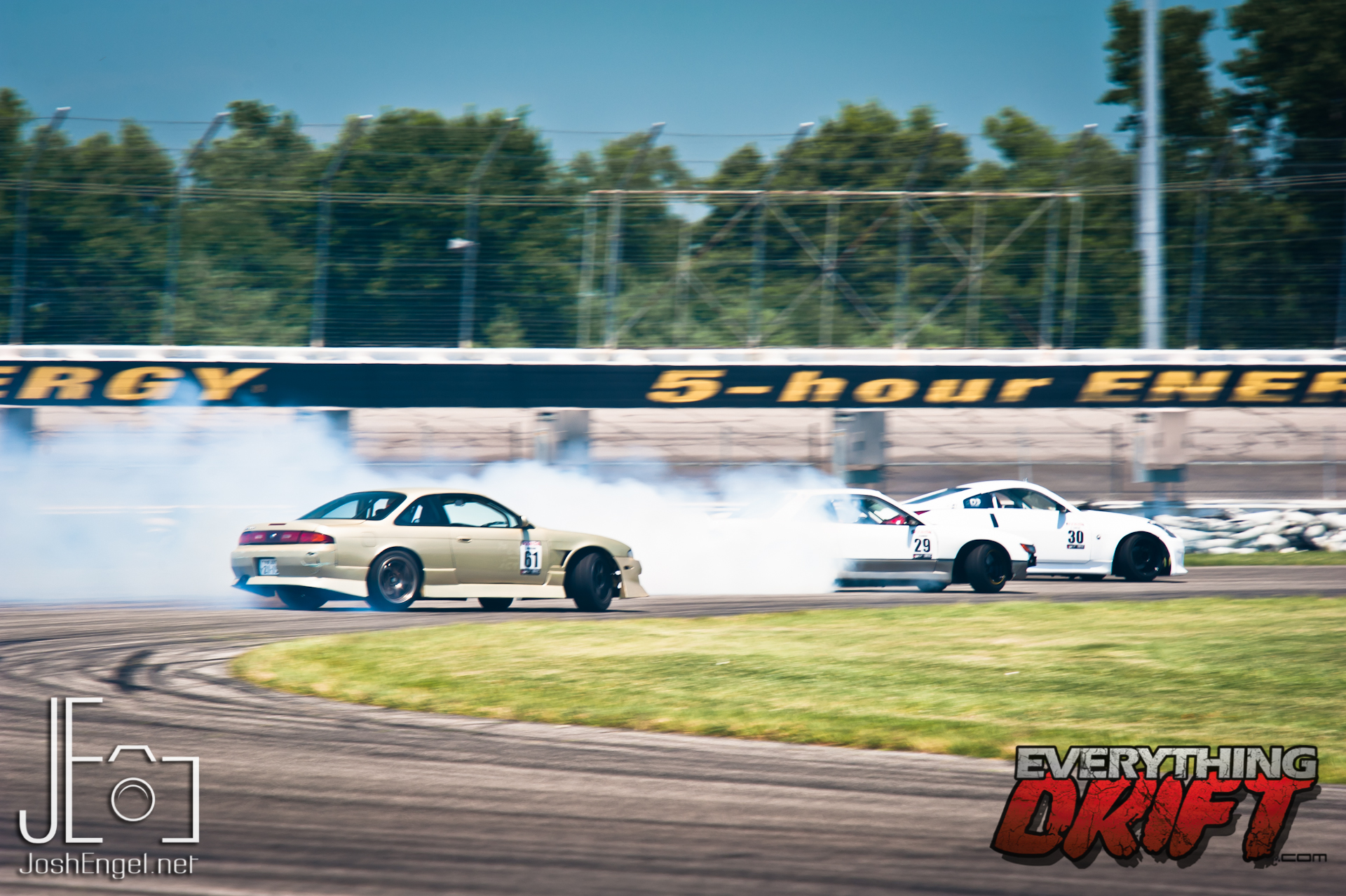 The Midwest Drift Union is back once again with their second event of an action packed season. If you remember they kicked off their season back in May in Indianapolis and they will be holding the first ever Formula D Pro-Am competition on an actual street course next month in Detroit. This event was full of action packed, door banging action!

Hit the Jump for photos and results! 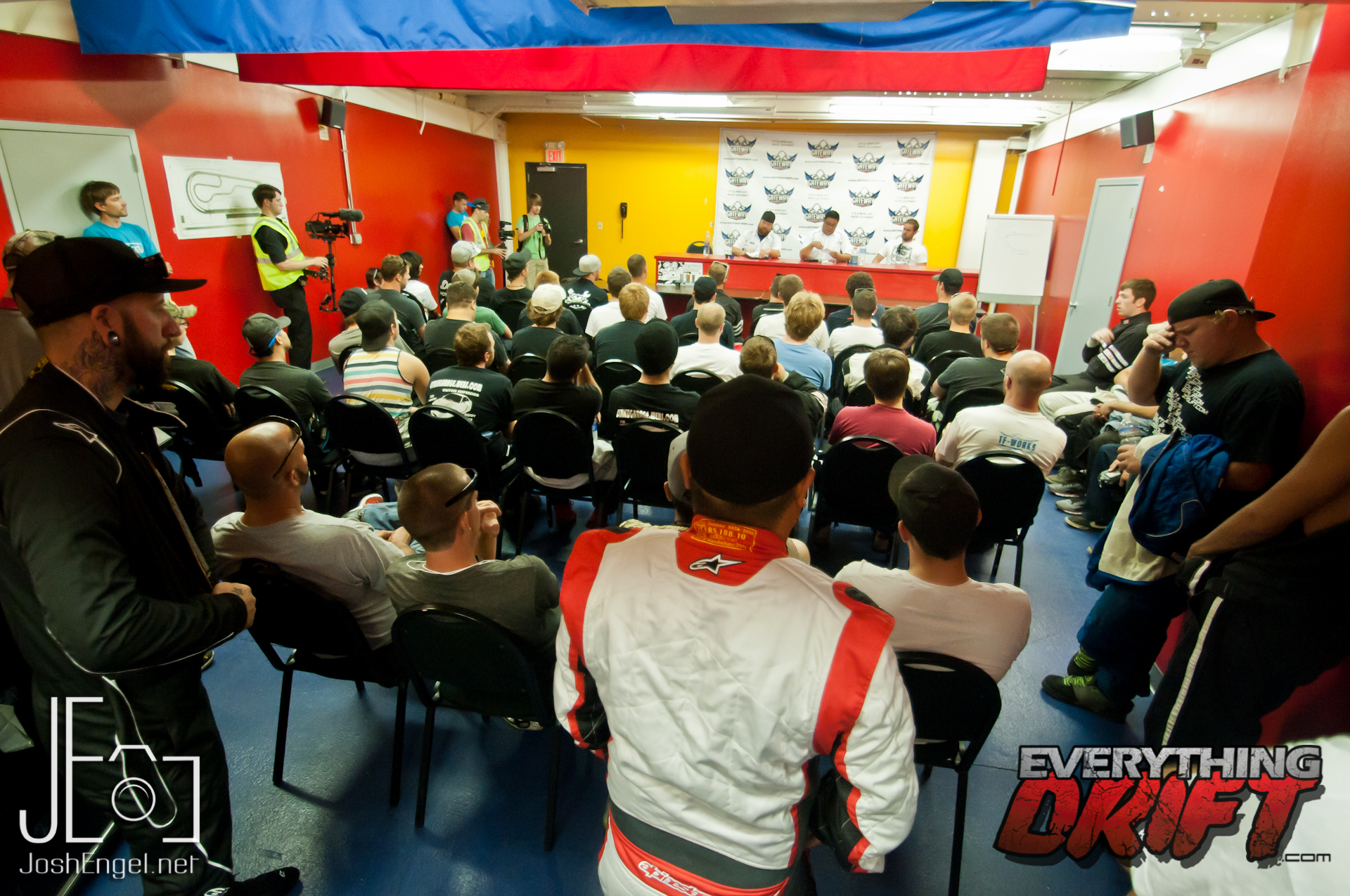 This round every driver was there for business. I’ve been around MDU for a while and I will say that I think that this was the best showing I’ve seen in a long time! Gateway is a tough track to master, but as the drivers got the hang of it the speeds kept increasing. 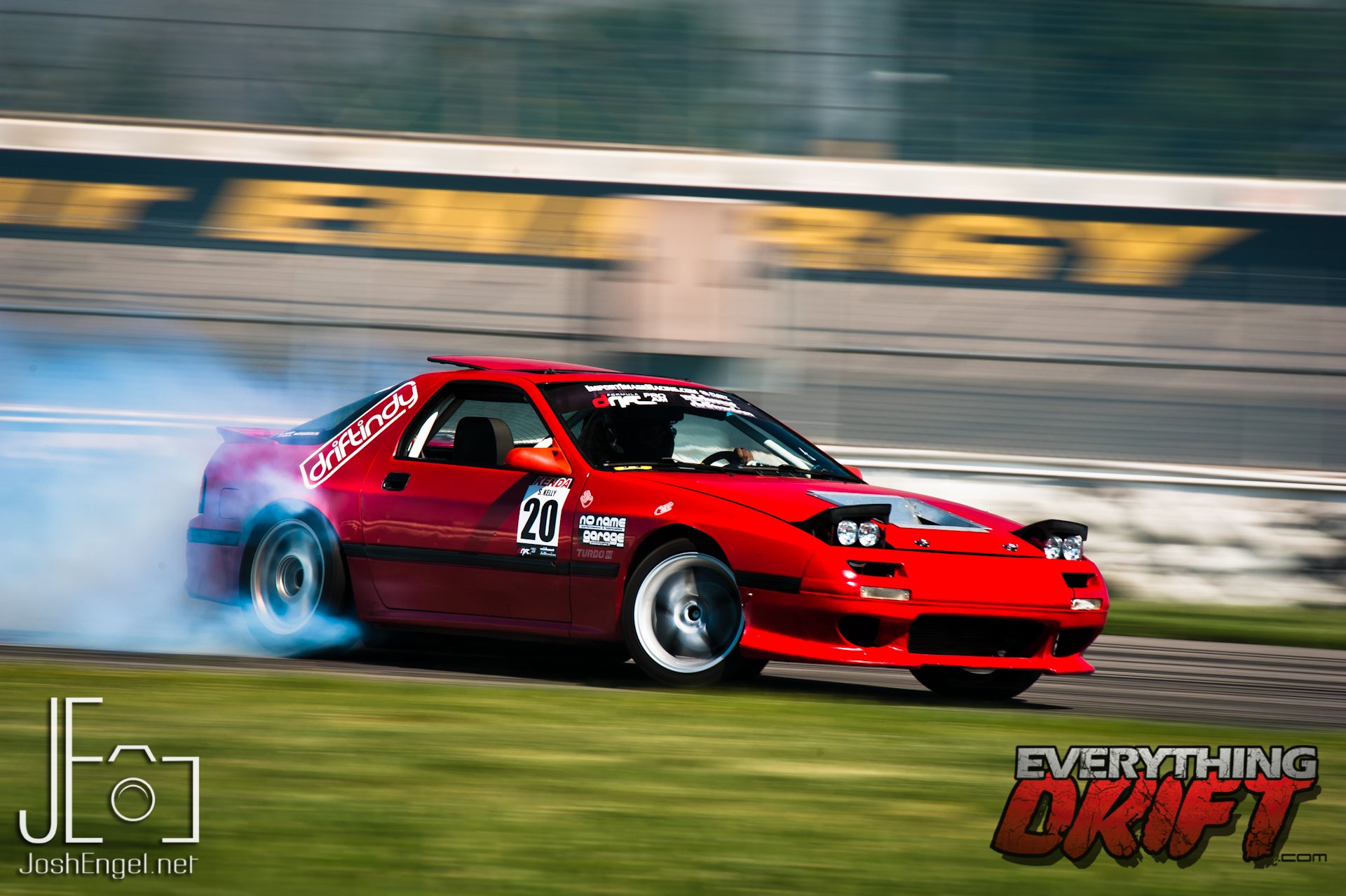 Stu Kelly rips it in his Drift Indy RX7 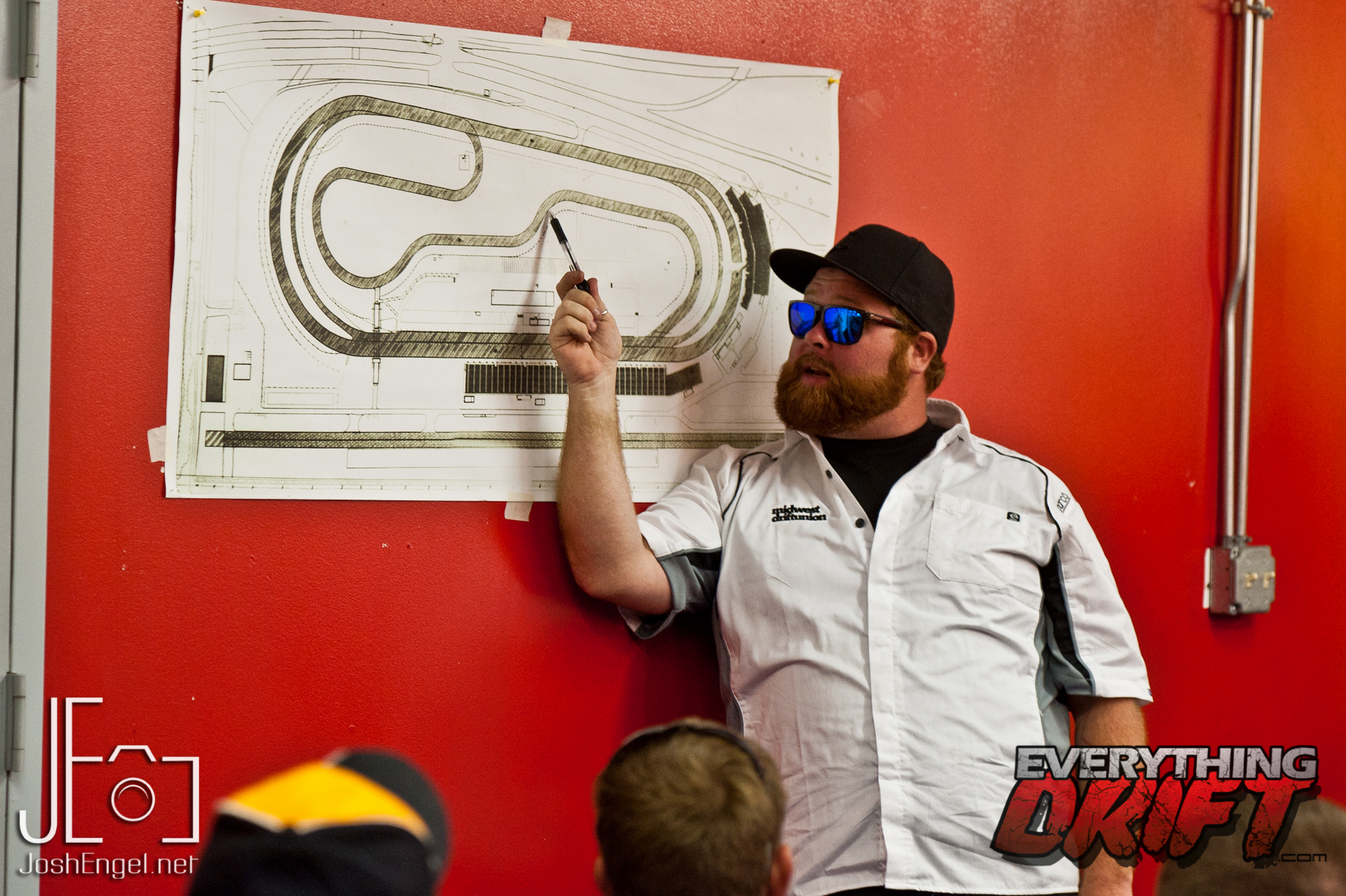 As practice came to an end it was time to get down and dirty. MDU’s Nick Swan goes over how judging will go and what they will be looking for. 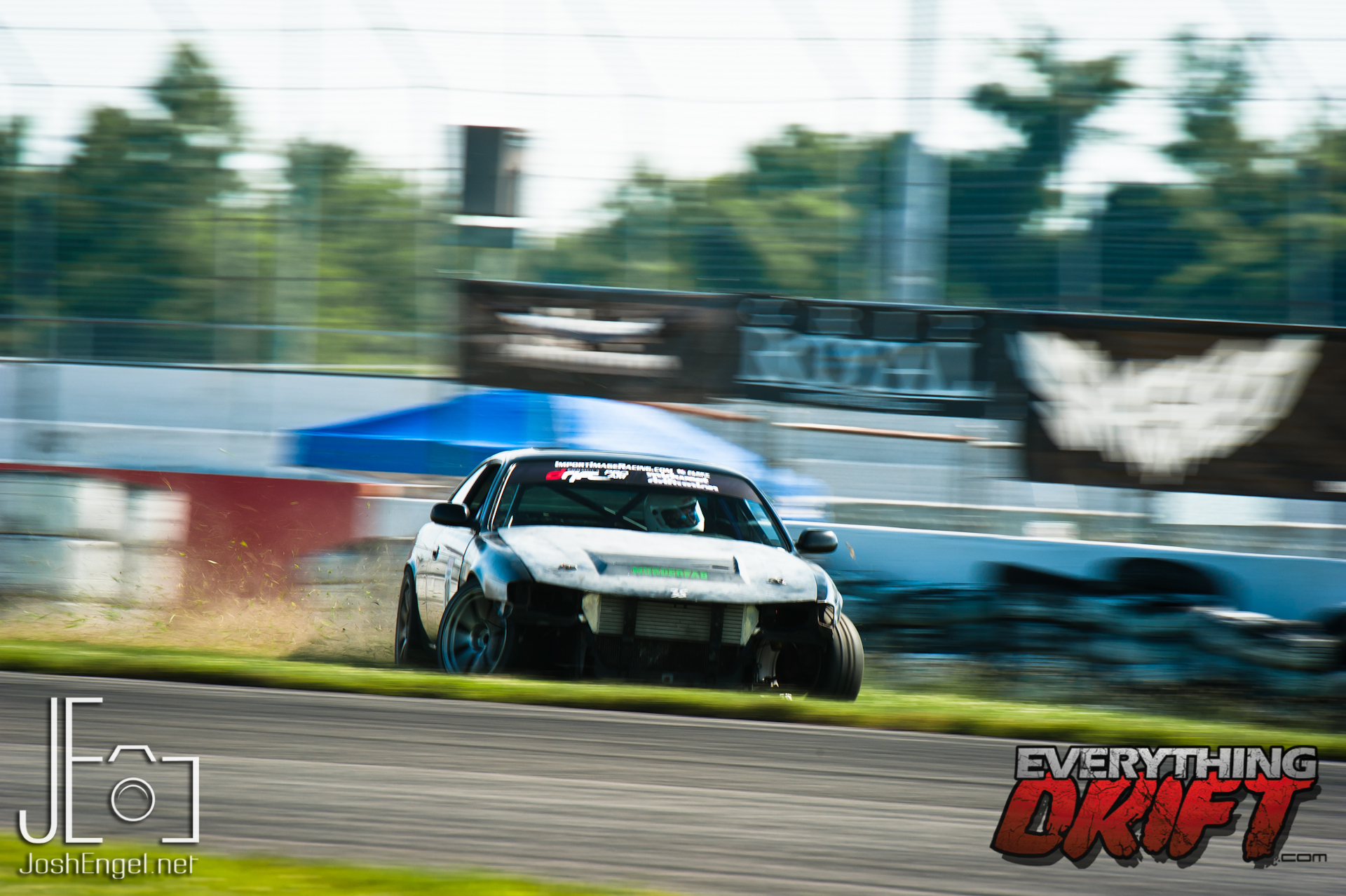 Ryan Nalezyty cutting the grass during one of his qualifying runs. To his defense the grass was a bit shaggy. 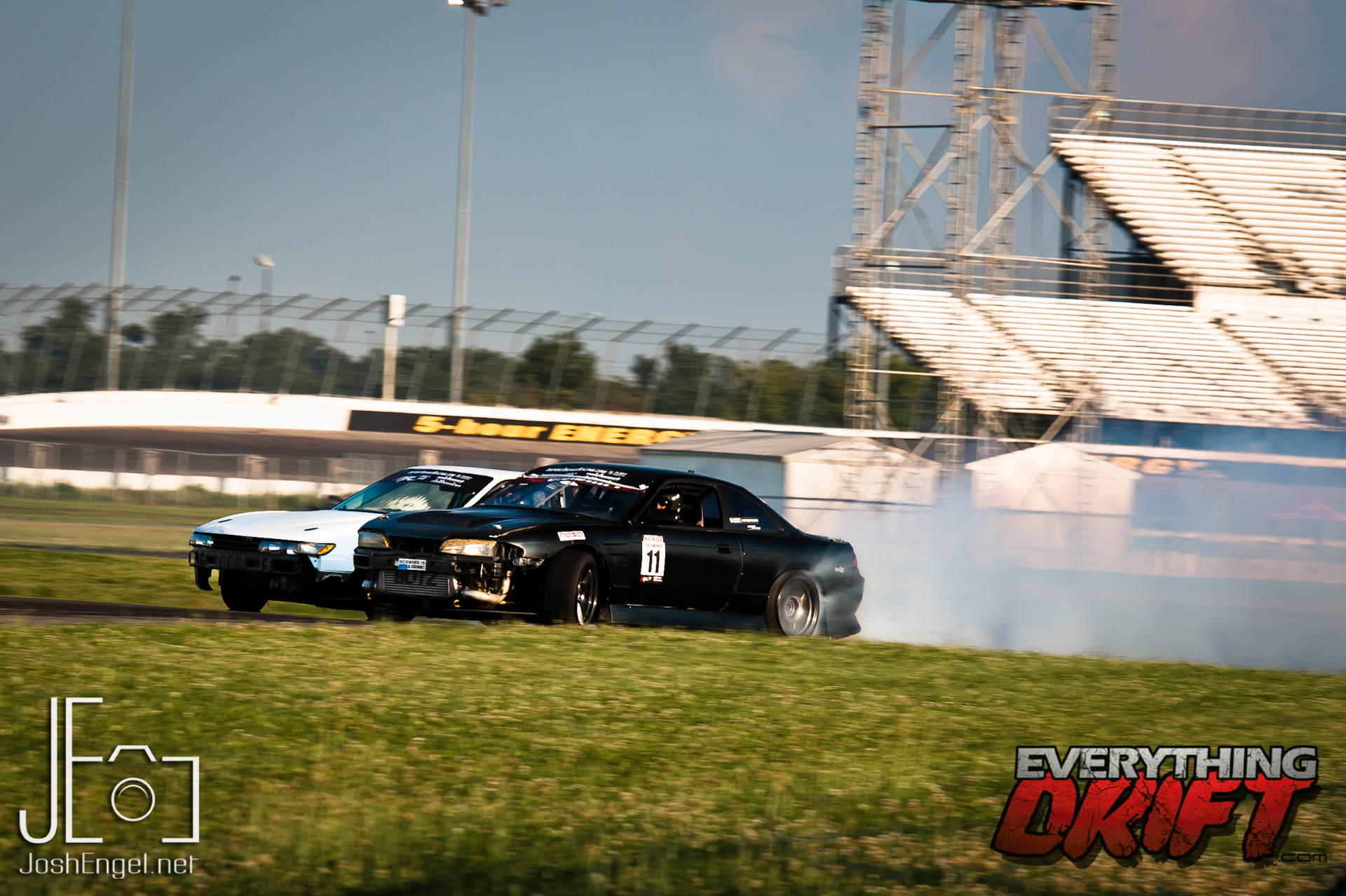 Paul Beiswenger, a Michigan native, has been killing it all season. I was able to meet up with him at MDU Round 1 as well as US Drift Round 2 before this event. He’s been steadily improving as his season goes on and it’s awesome to see. He had this to say after the event.

Round 2 was intense. I had a blast drifting with the best drivers in the Midwest. Thanks to everyone who helped me build my car up to the next level, and to my pit crew for helping me keep it on the track. Can’t wait to see everyone on the streets of Detroit! 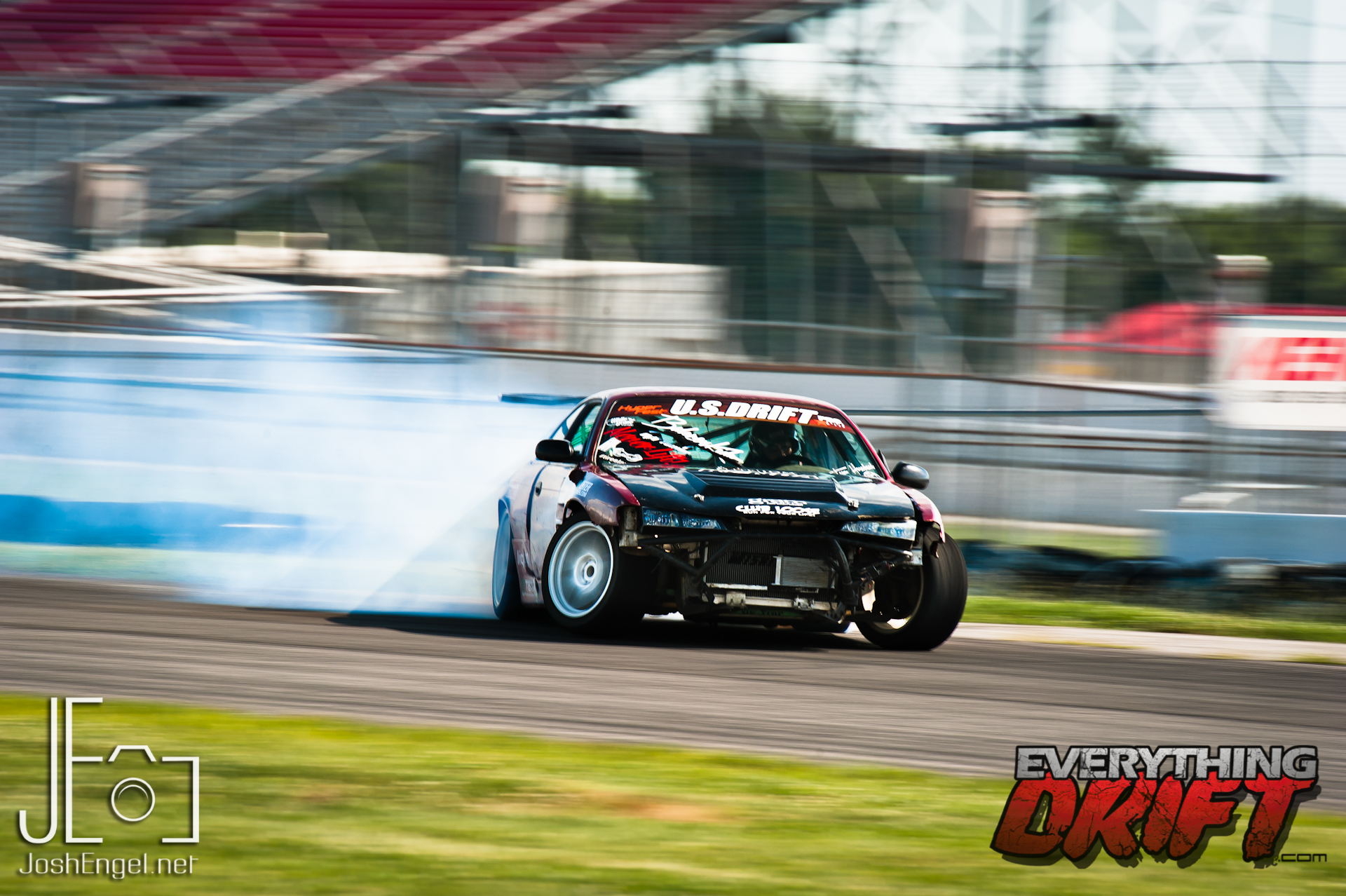 Geoff Stoneback is no stranger to the MDU scene and was sitting in second place in points coming into round 2. He’s also been tearing it up on the US Drift circuit as well. I was able to contact him for his thoughts on the event.

Gateway motorsports park is always a fun track. You have a good run way to enter fast and almost backwards to a tight technically power alley which leads to a huge 4th gear sweeper. It is definitely a track that is comparing to something in formula drift.

At round 2 of the Midwest drift union, during out last qualifying run we laid down a fast, smokey solid line, but had a slight correction to hit the rear clipping point going into the power alley which put us in 5th place for qualifying. After the drivers meeting we saw the competition brackets and definitely knew we had tough battles to get on the podium.

We faced Keith Carlos in top 16, Andrew Lewis in top 8 and Mike Skudlarek in top 4. 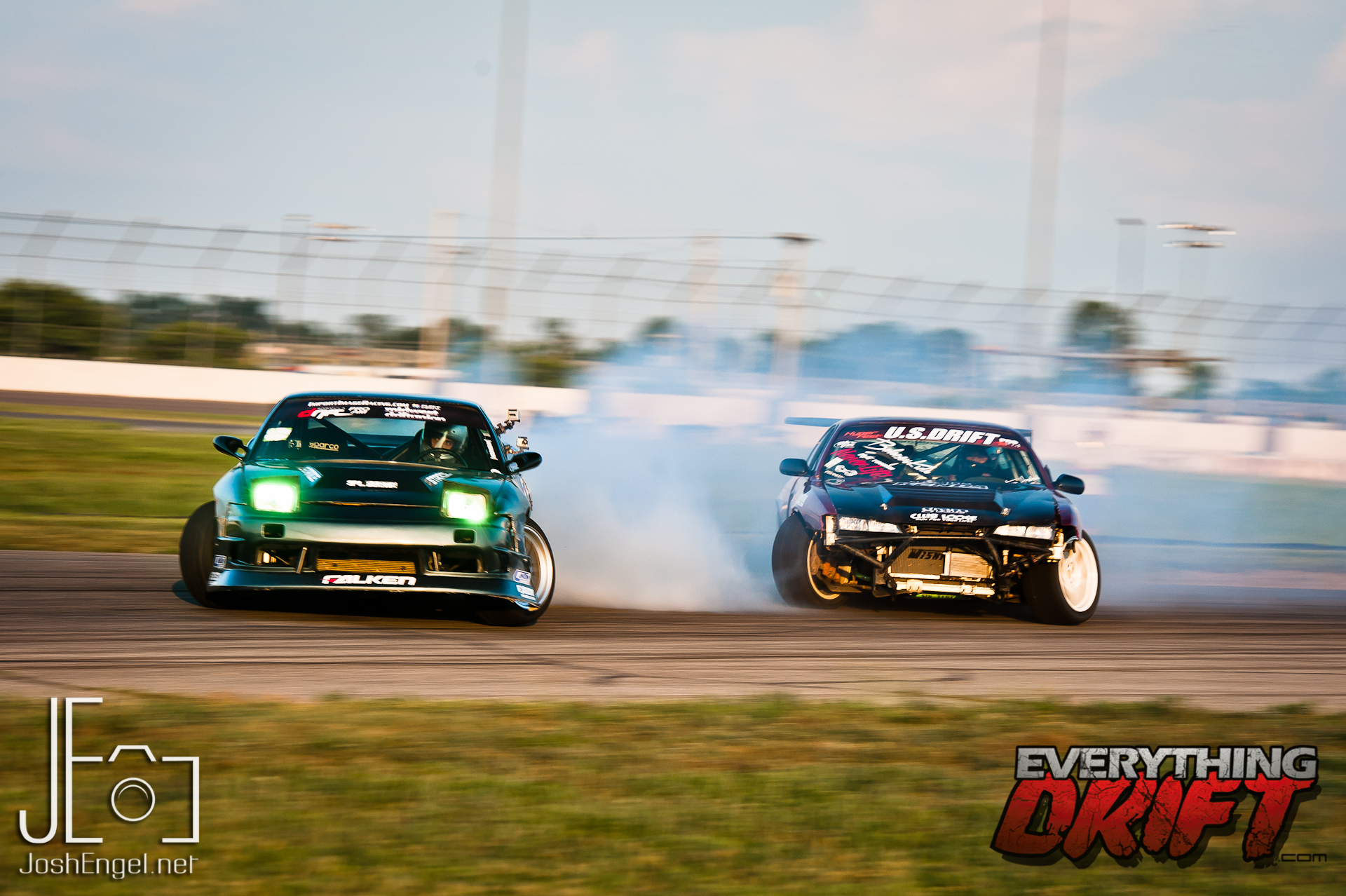 In our battle in top 4 against skuds, we had a really good follow run with line and proximinty. Putting the car where skuds put his. 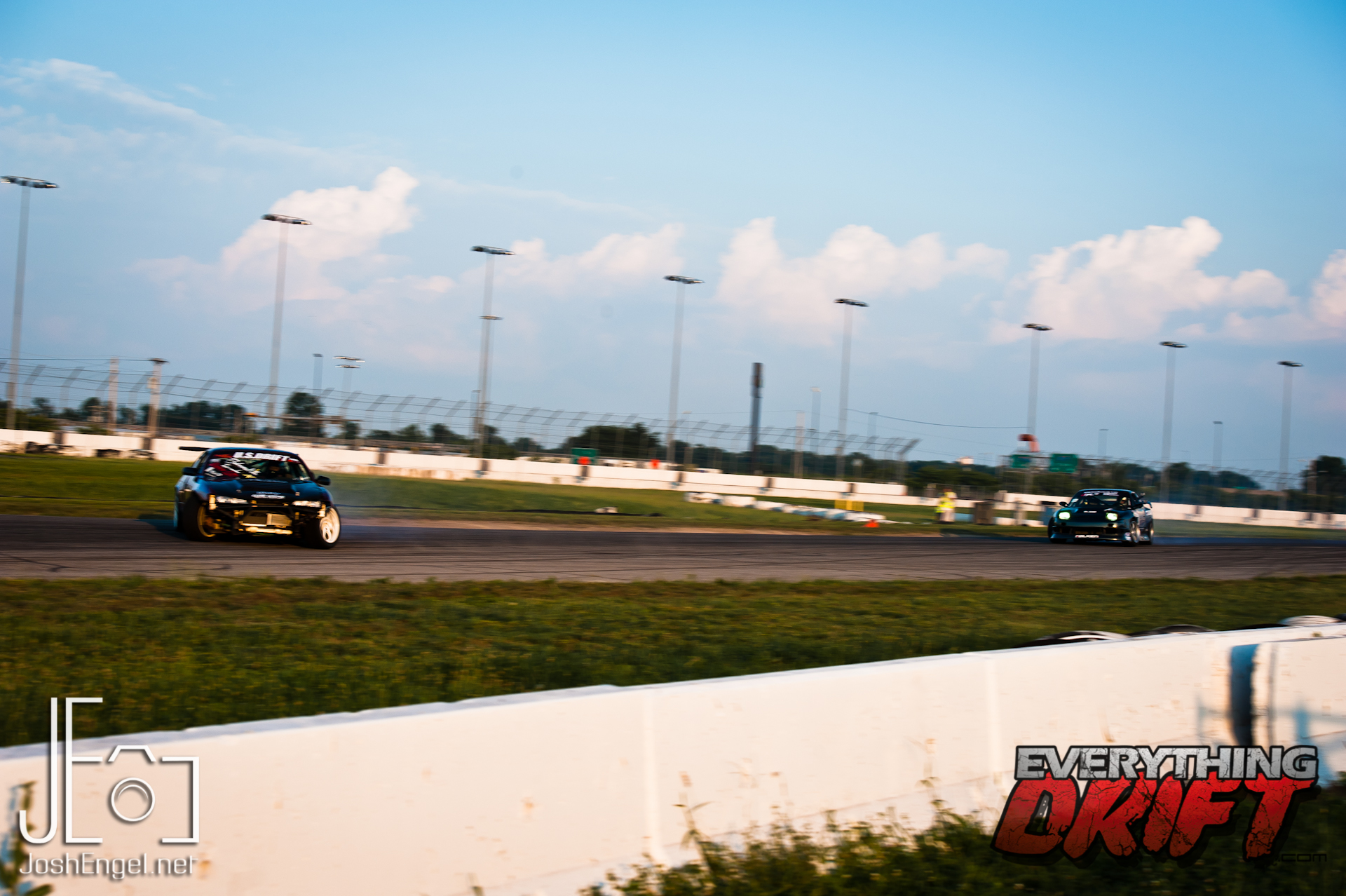 On our lead run, we stretched skuds but a couple car lengths. We both thought it would be a OMT, however going back to grid, the call was made and he got the win. 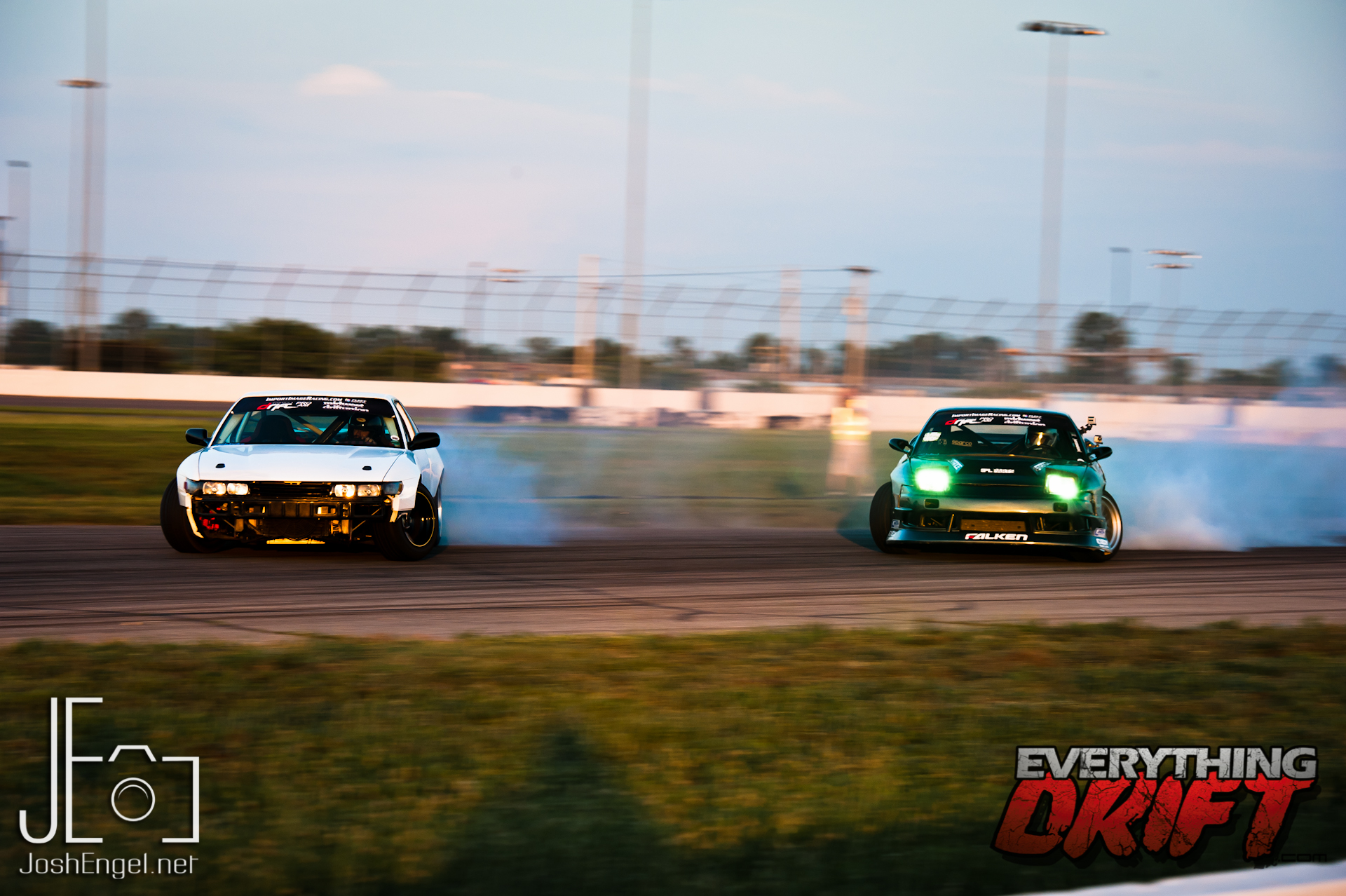 The final battle was Mike Skudlarek vs Tyson Schmidt and boy did they put on a show.

I got to sit down and chat with Mike and Tyson after the event to see what their overall thoughts were.

The weekend as a whole went well for us. The car performed well, was reliable, and dialed for the course. The track is fast, and quickly ate through tires. Because of this, we had to conserve tires by skipping out on most of the time we had to practice. We ended up laying down a really solid second qualifying run, landing us the first place position going into the top 16 competition. We faced some really solid drivers and some of my personal friends during the competition. We ended up coming out of the competition in first as well. Going forward, I feel I am more prepared and confident in myself and the car going into the final two rounds of the MDU and US Drift series. I look forward to continuing to improve my mental game, which I think will prove to be a huge factor in providing consistent successful results. I would like to thank Falken Tire, Exedy Racing Clutch, Canton Racing, Wiseco Pistons, K1 Technologies, Stance Suspension, and SPL Parts for helping us put together a really well performing and reliable car. I’d also like to thank Electric Visual, Grip Royal, and Dees Designs for the first place prizes!

Well the event went well car did awesome had no problems but tire wear and a lot of people did do I saved tries for the top 16. I had some really good tandem runs I went up against Brain Peter and I knew I had to go hard because he had beat me already this year but I got him this time we had two really good run. Then I went against Alex but he had run out of tires so I had a by run then I found out I was going up against Mike and I was on used tires with no grip and I tried my best and they were good runs but not enough for the win. But over all it was a lot of fun and I was happy with 2nd.

In the end here were your final results: 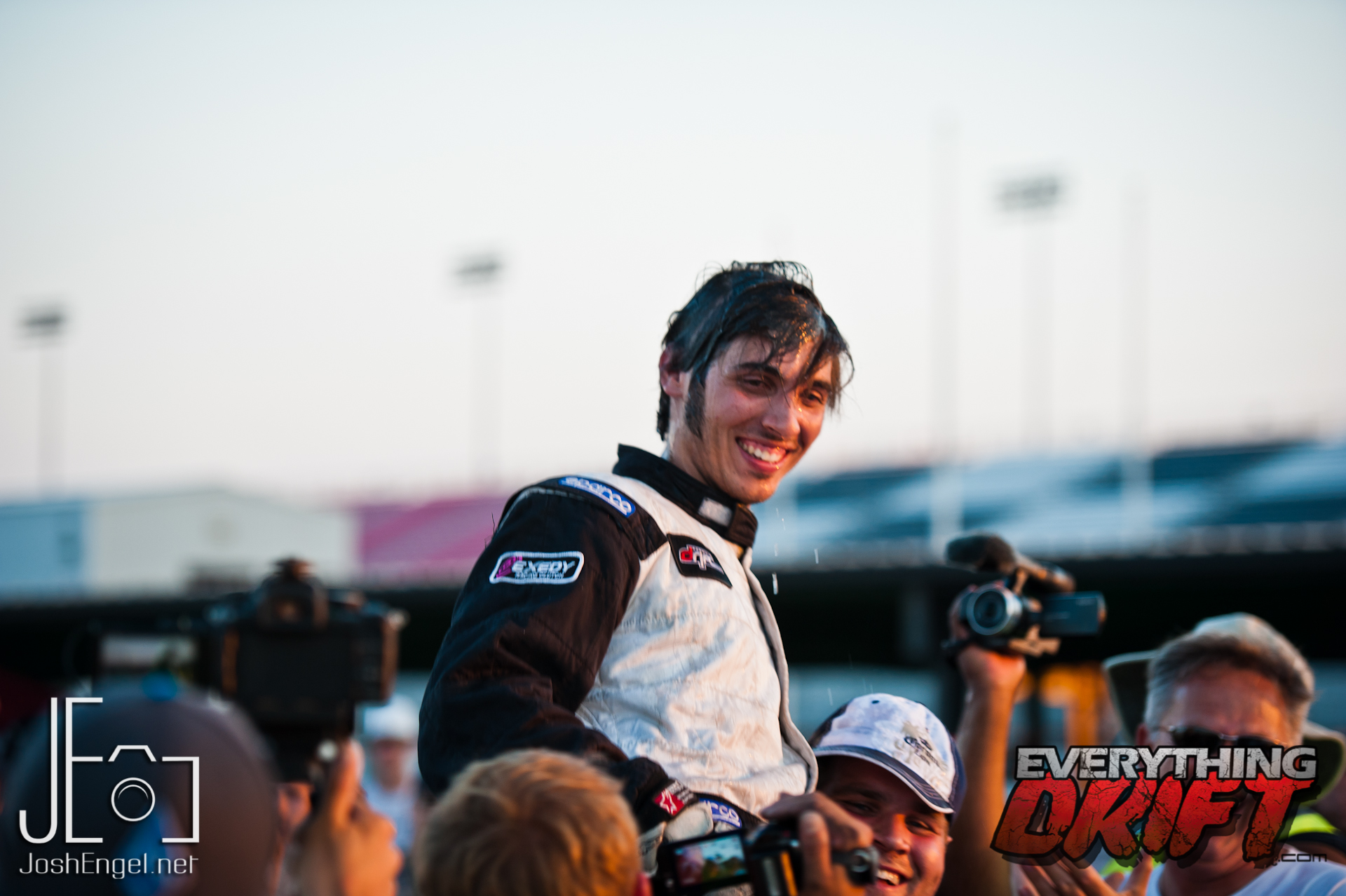 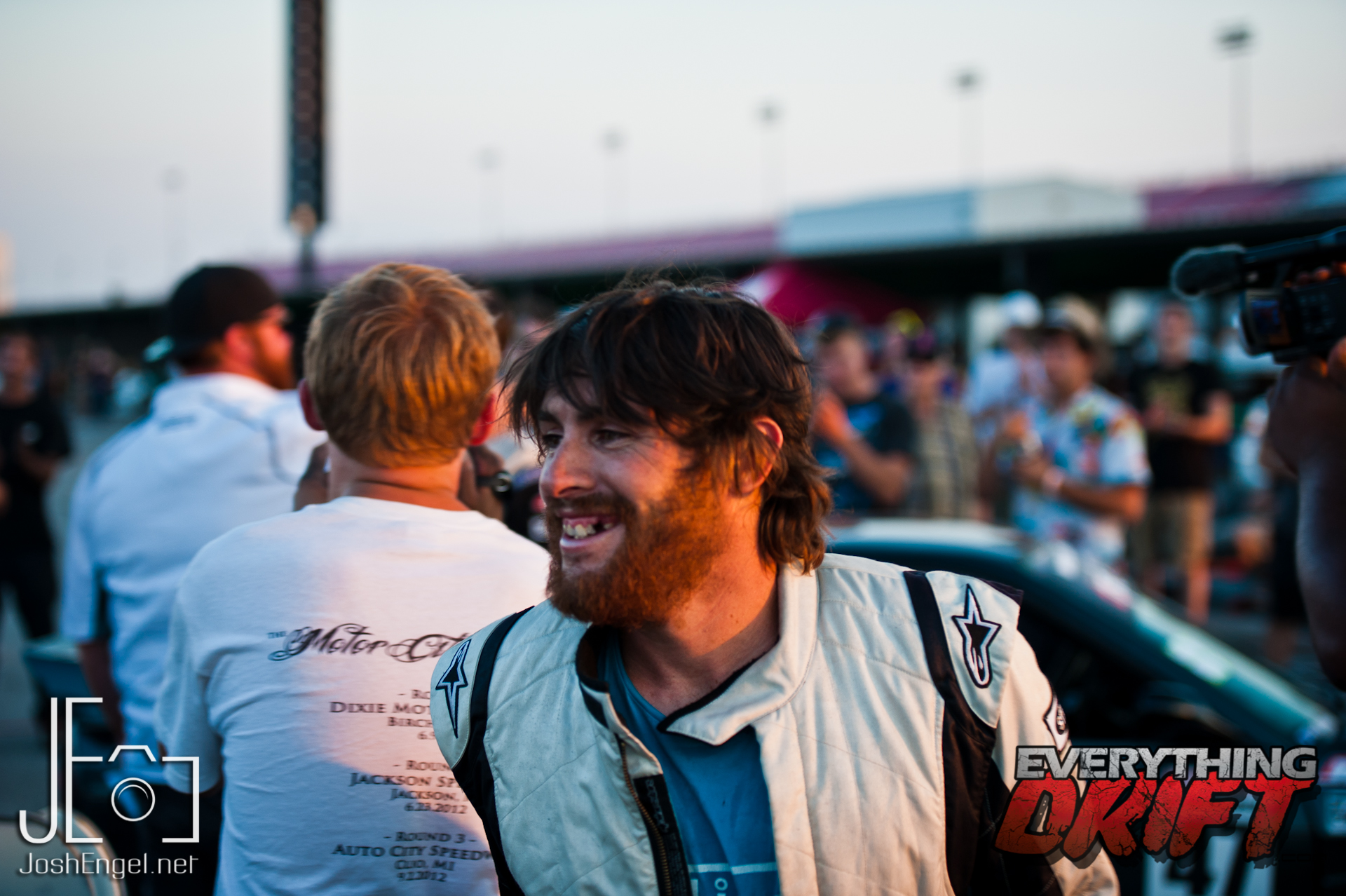 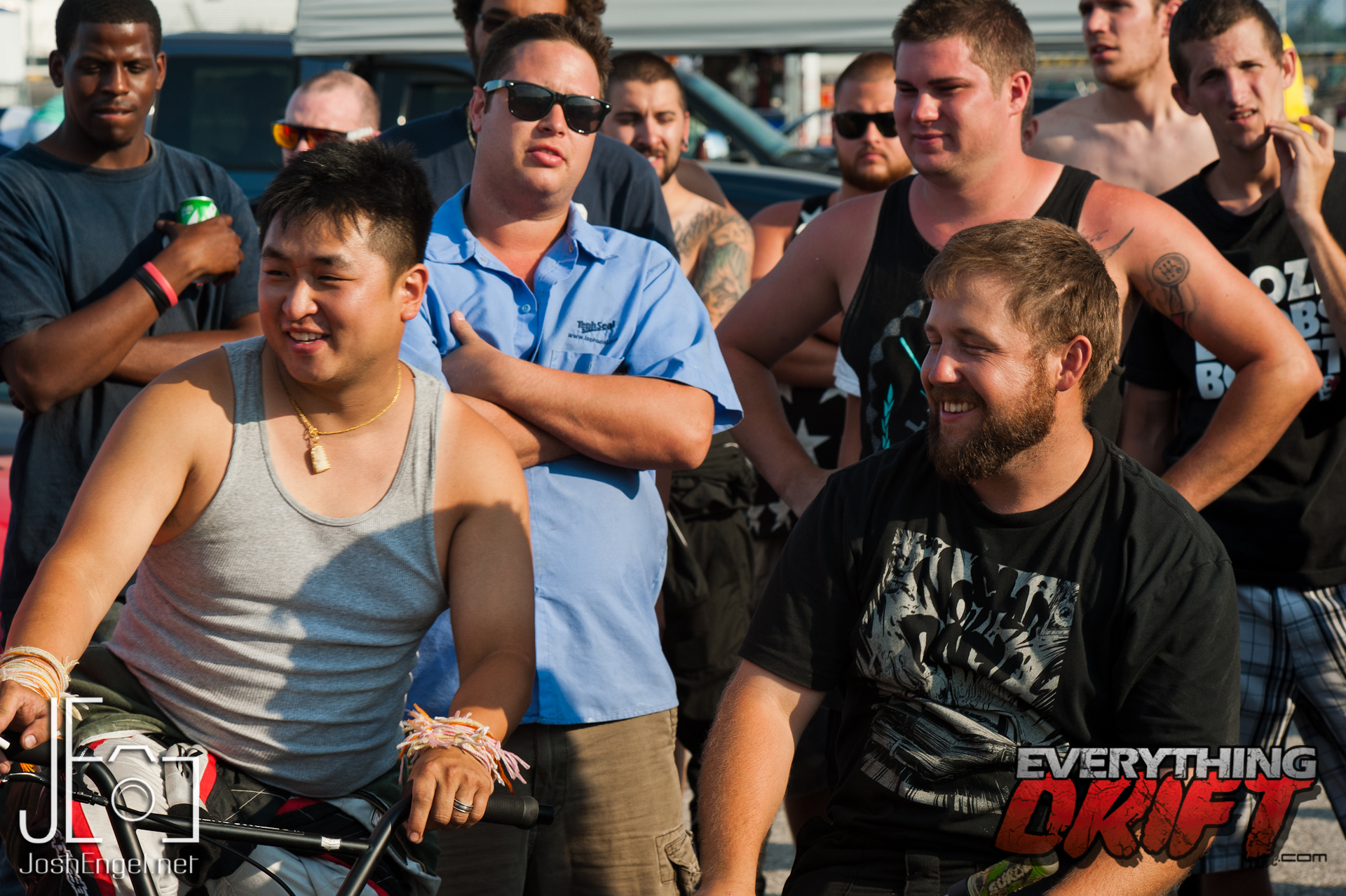 Check out our Facebook page for all of the Round 2 photos! 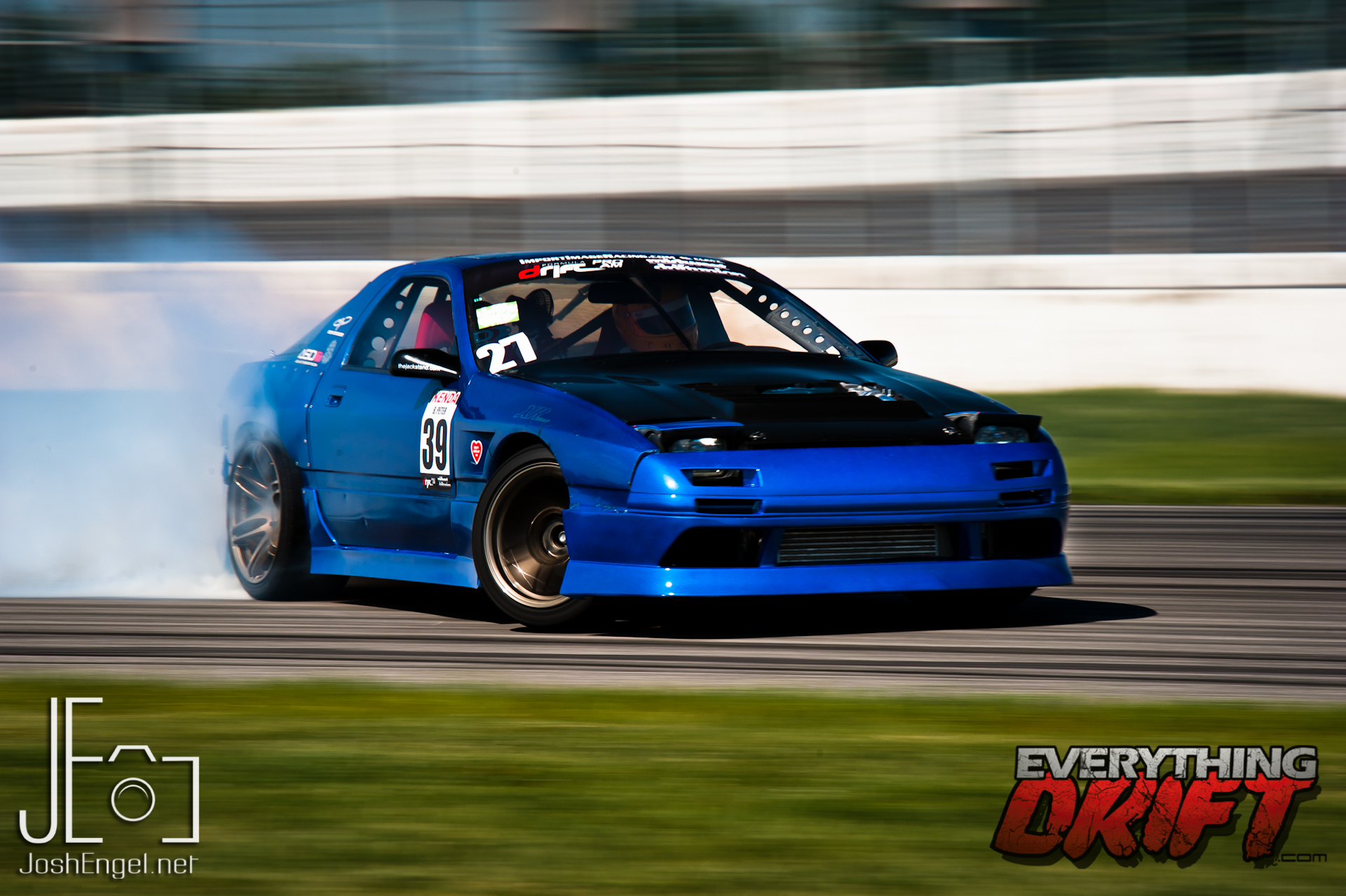