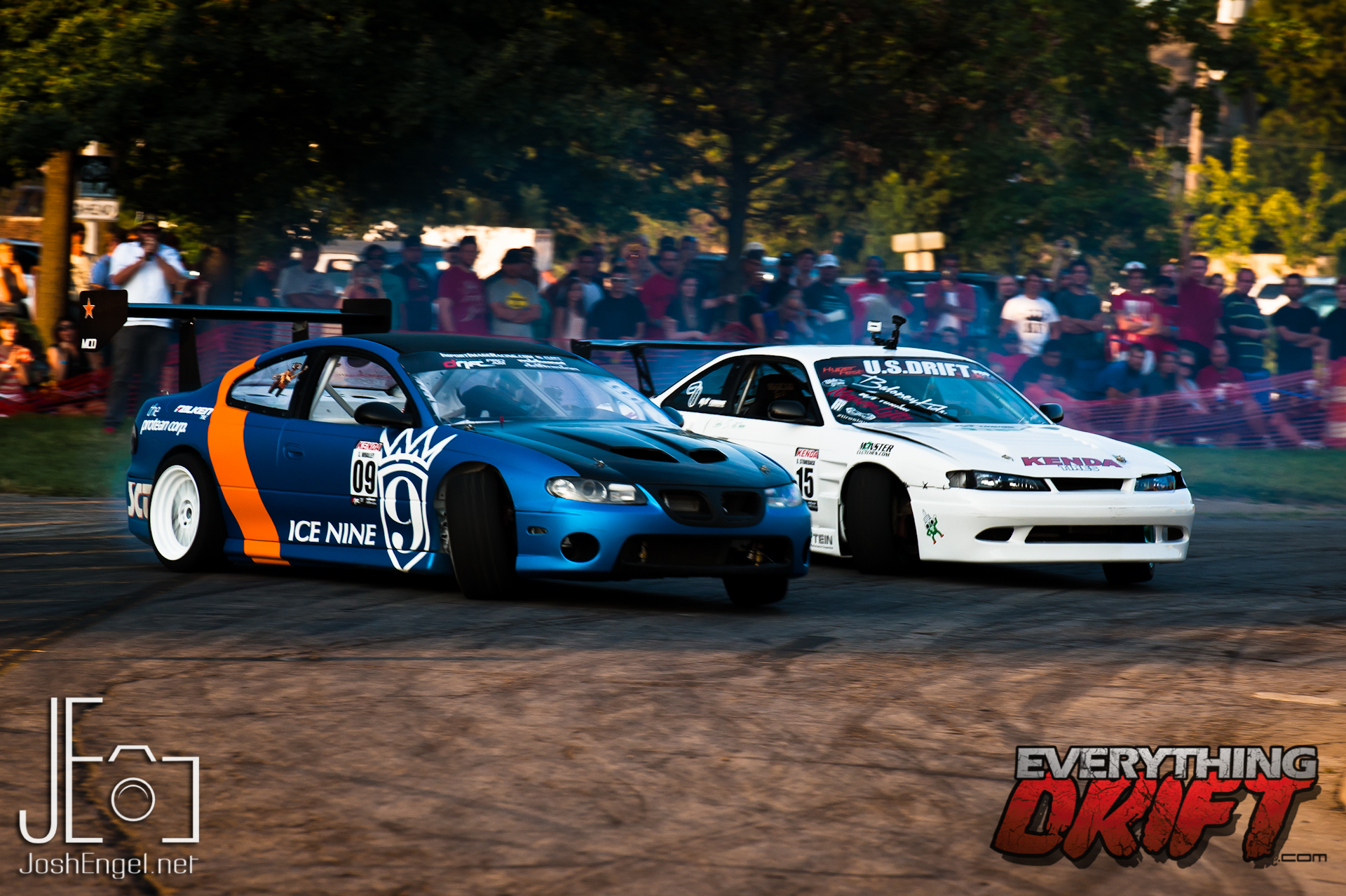 This is the event every fan and driver of the Midwest Drift Union was looking forward to since the beginning of the season announcement. Just a few weeks ago MDU took their series to the streets of Detroit to show the citizens how we get down and dirty in Formula D Pro-Am. 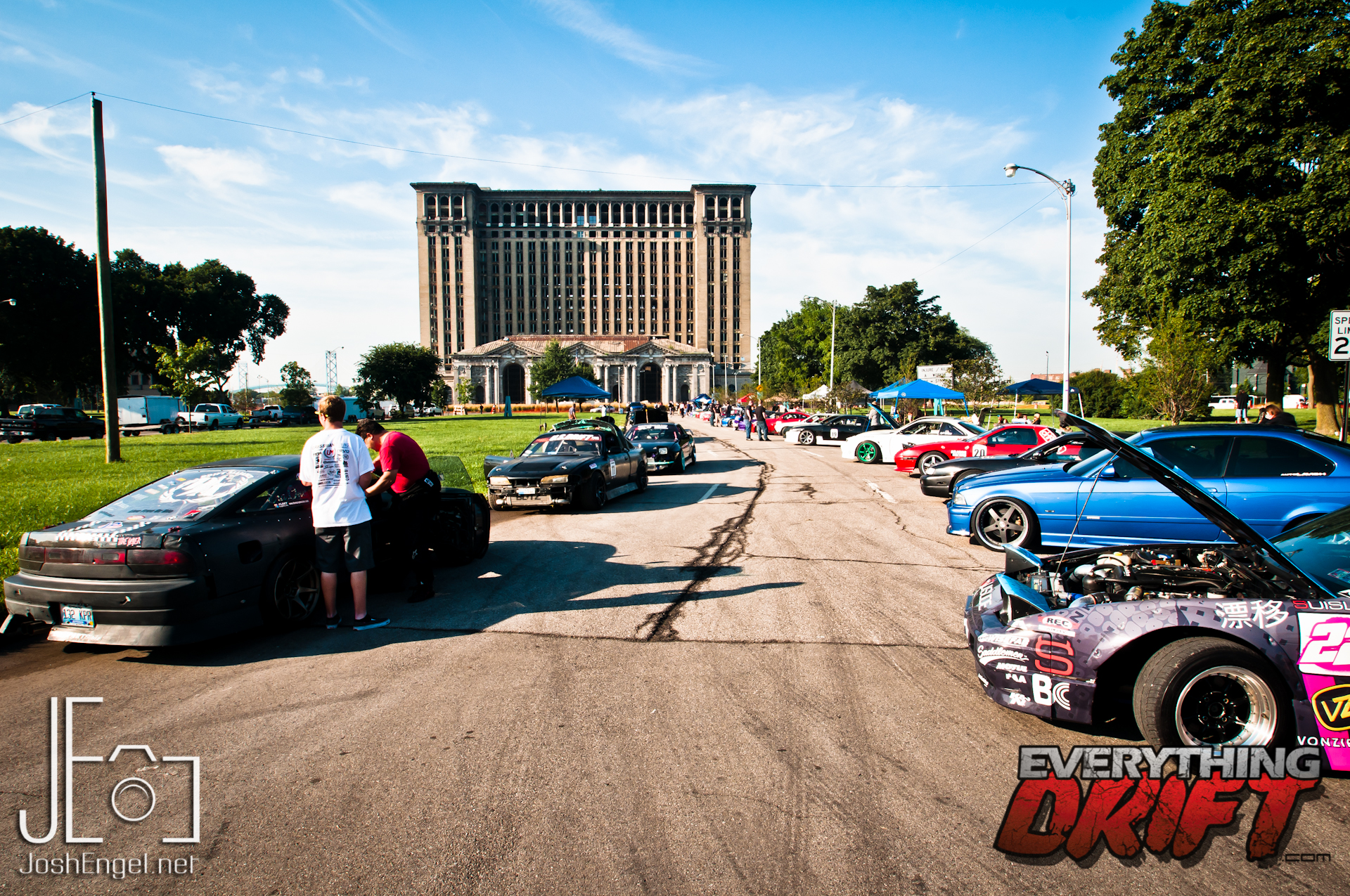 I had the chance to see a few photos the staff posted of the venue and checked it out on Google street view, but nothing could have prepared me for the amazingness that was awaiting me as I pulled into Roosevelt Park. Round 3 would take place in the shadow of the old Michigan Central Station. As I walked around everyone was excited to see what this event would bring. 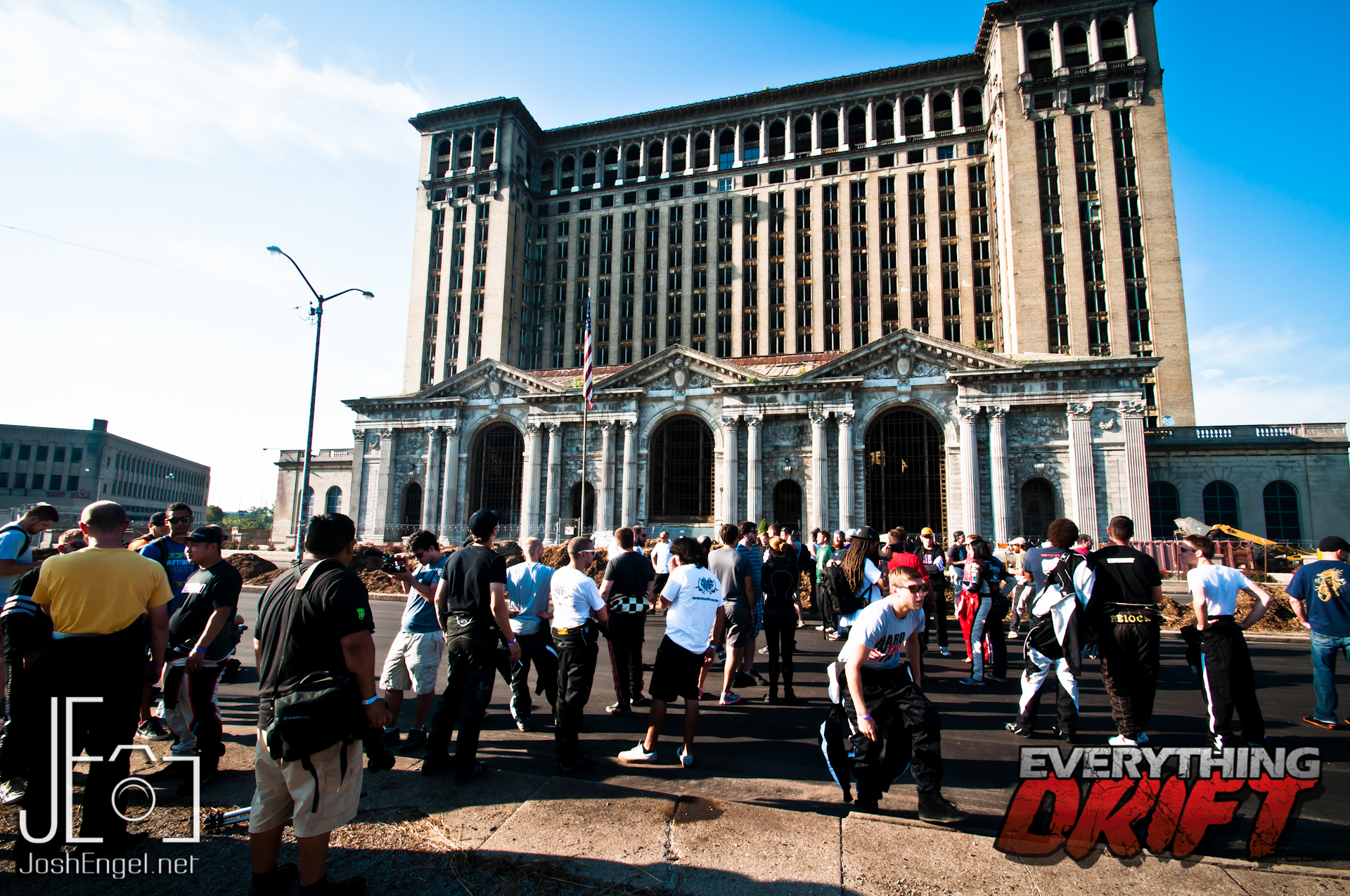 The biggest concern among the drivers was how little room for error there was with this event being on the streets. If you run off of the course during a track event everything is all good (most of the time), but here if you mess up you’ll be hoping a curve. This did happen a few times throughout the day even pulling drivers completely out of the event. 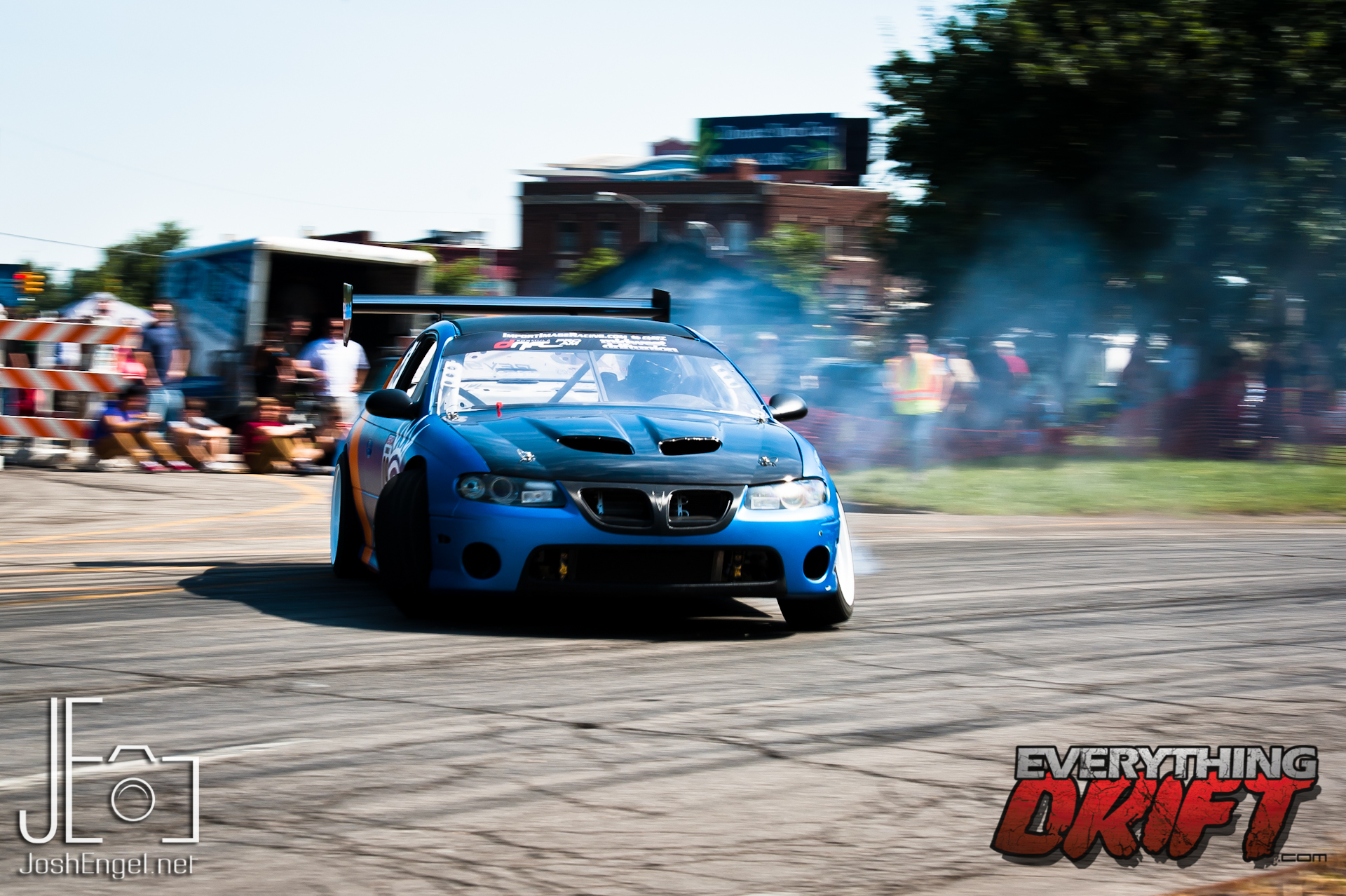 Shane Whalley was one of the first drivers out on the course as he had the most experience out of any of the drivers as a Michigan native. He was rocking his GTO with his enormous wing as always. 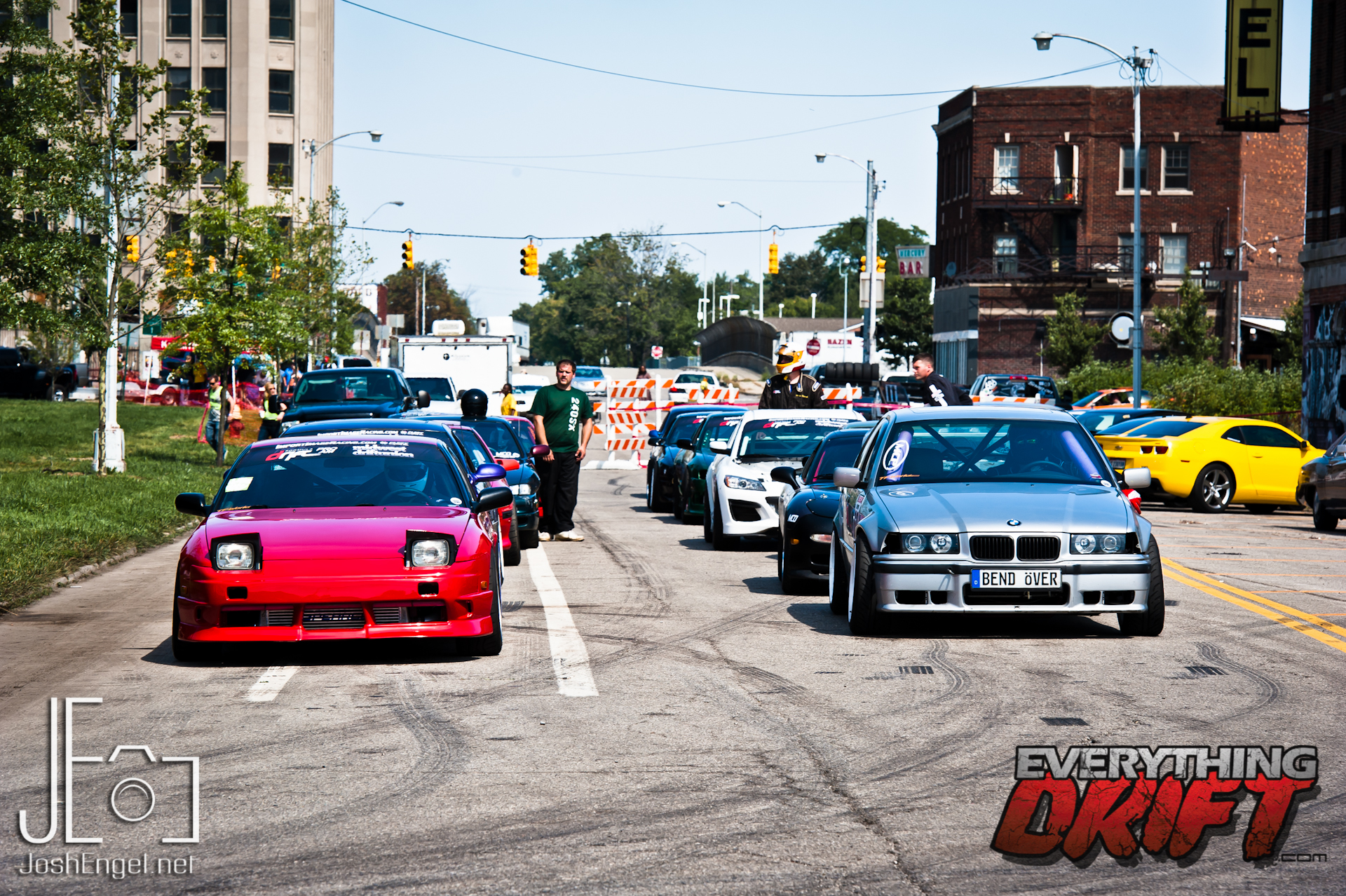 An interesting aspect of this event being in the streets was the fact that between the police and the security it was still hard to keep the native citizens of Detroit from walking into the hot track area, but everything was all good. 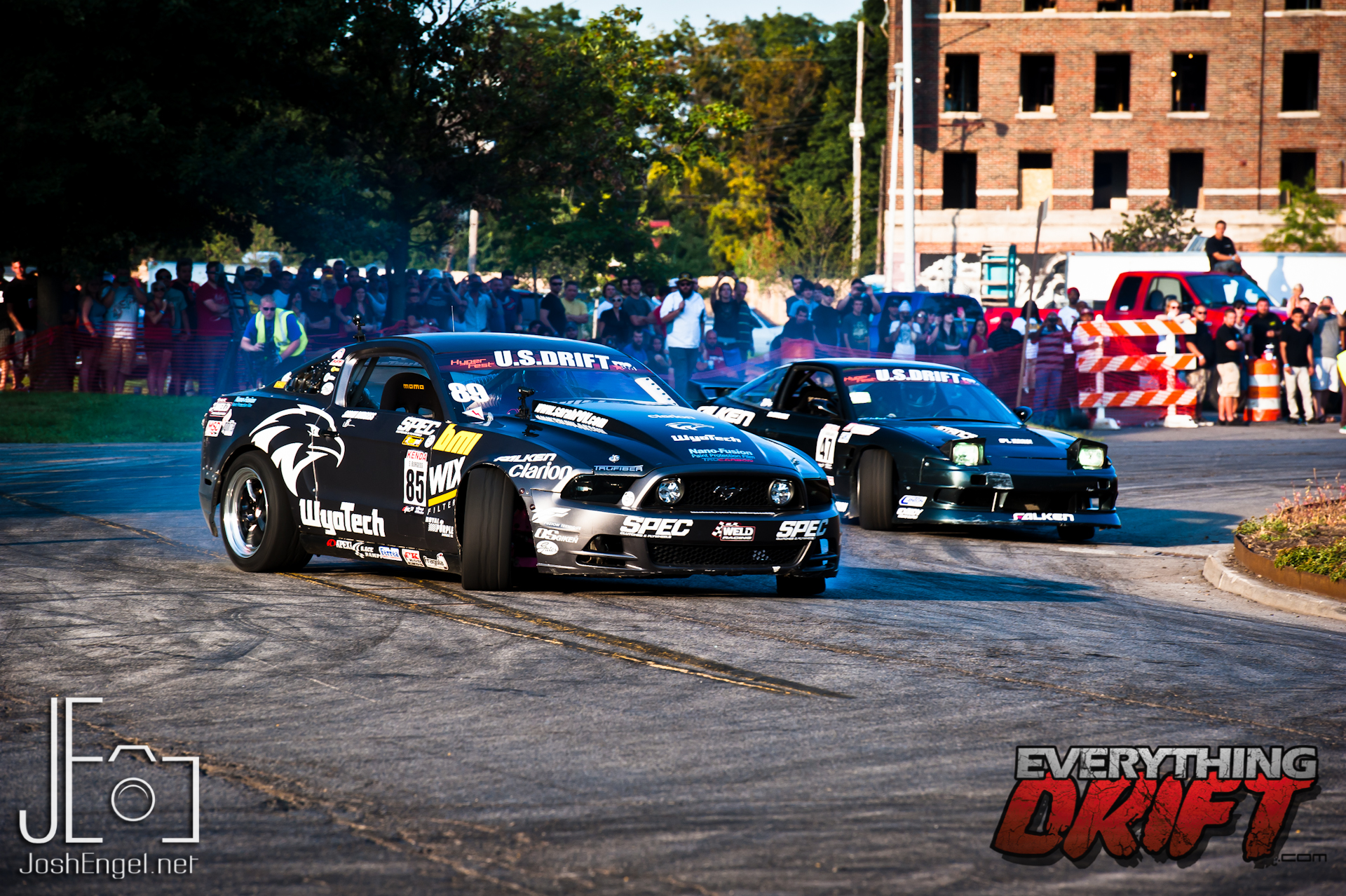 Once the drivers got the hang of the course it was no problem keeping proximity with each other. 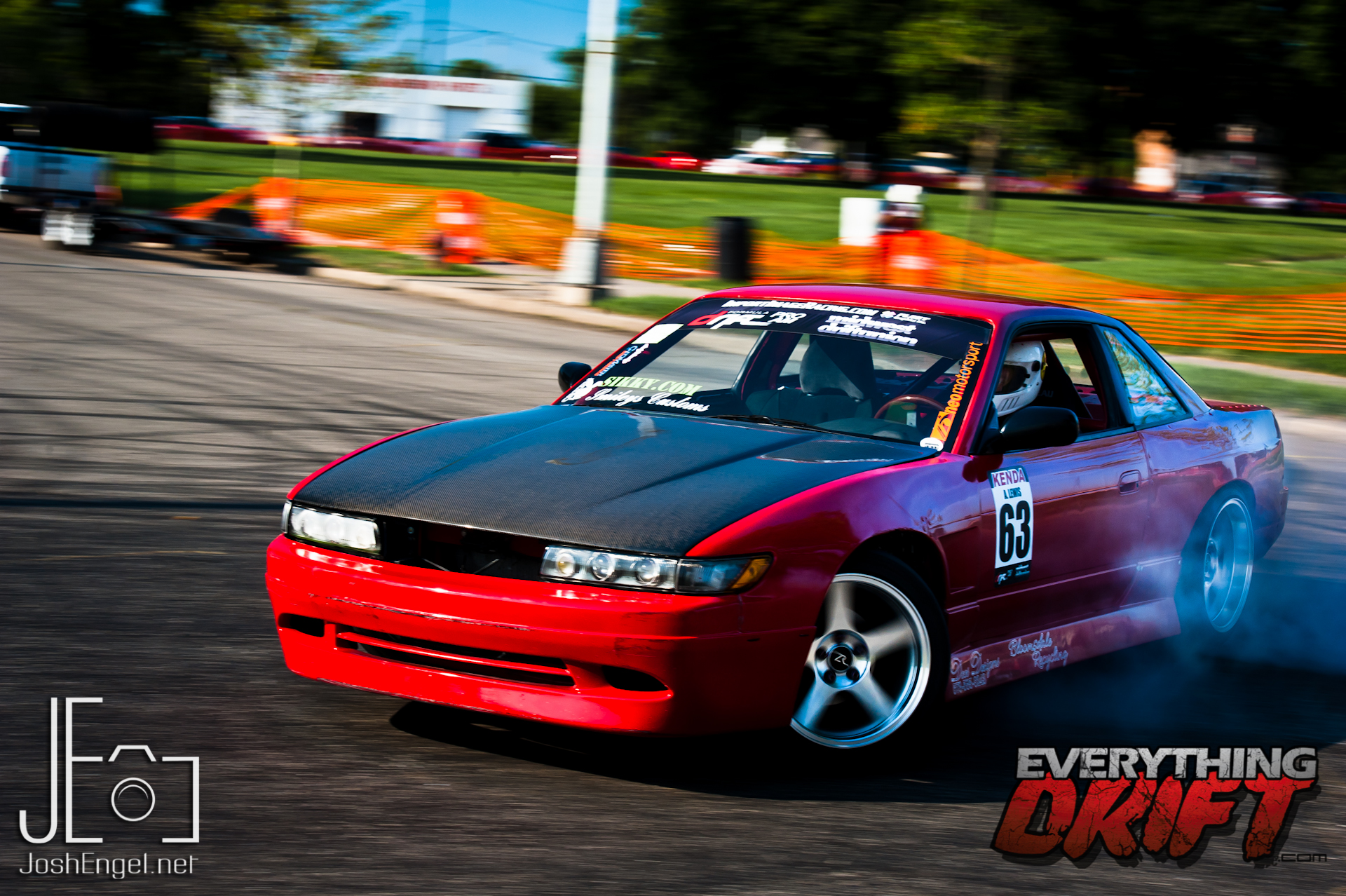 Or with the edge of the track… 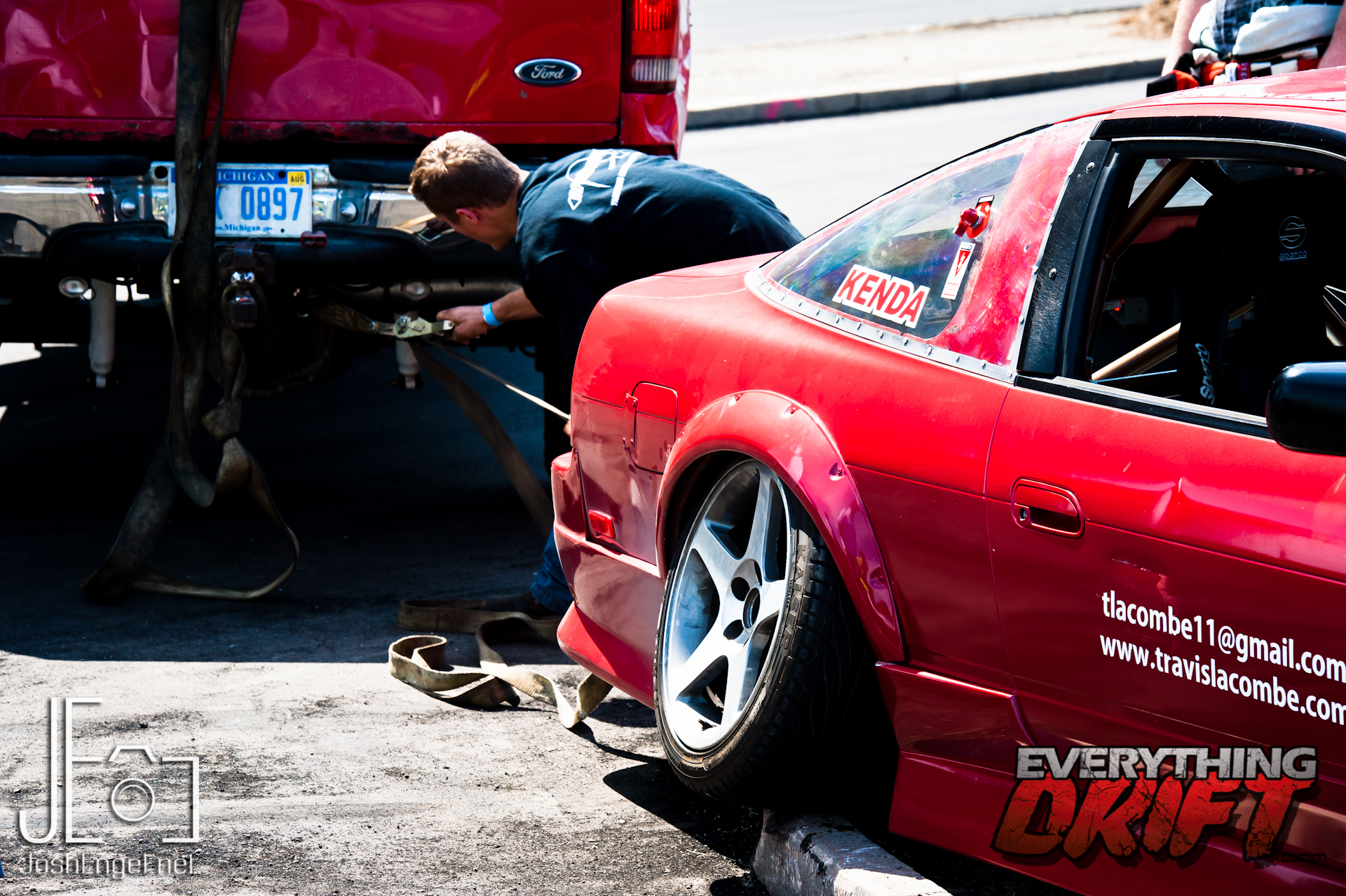 Until you run out of room… 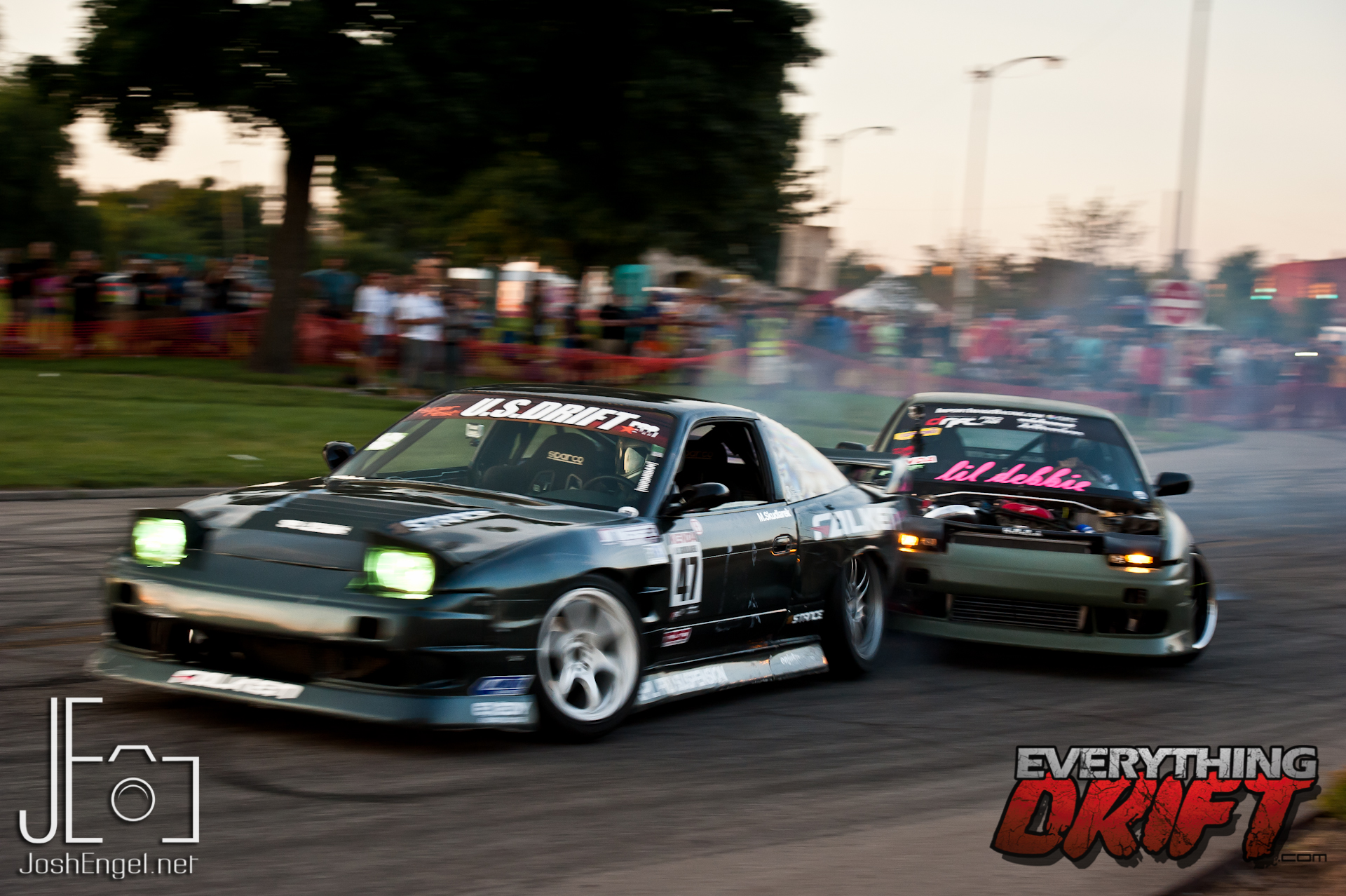 The competition was as cut throat as usual with some sick battles near the end and here are your final results. 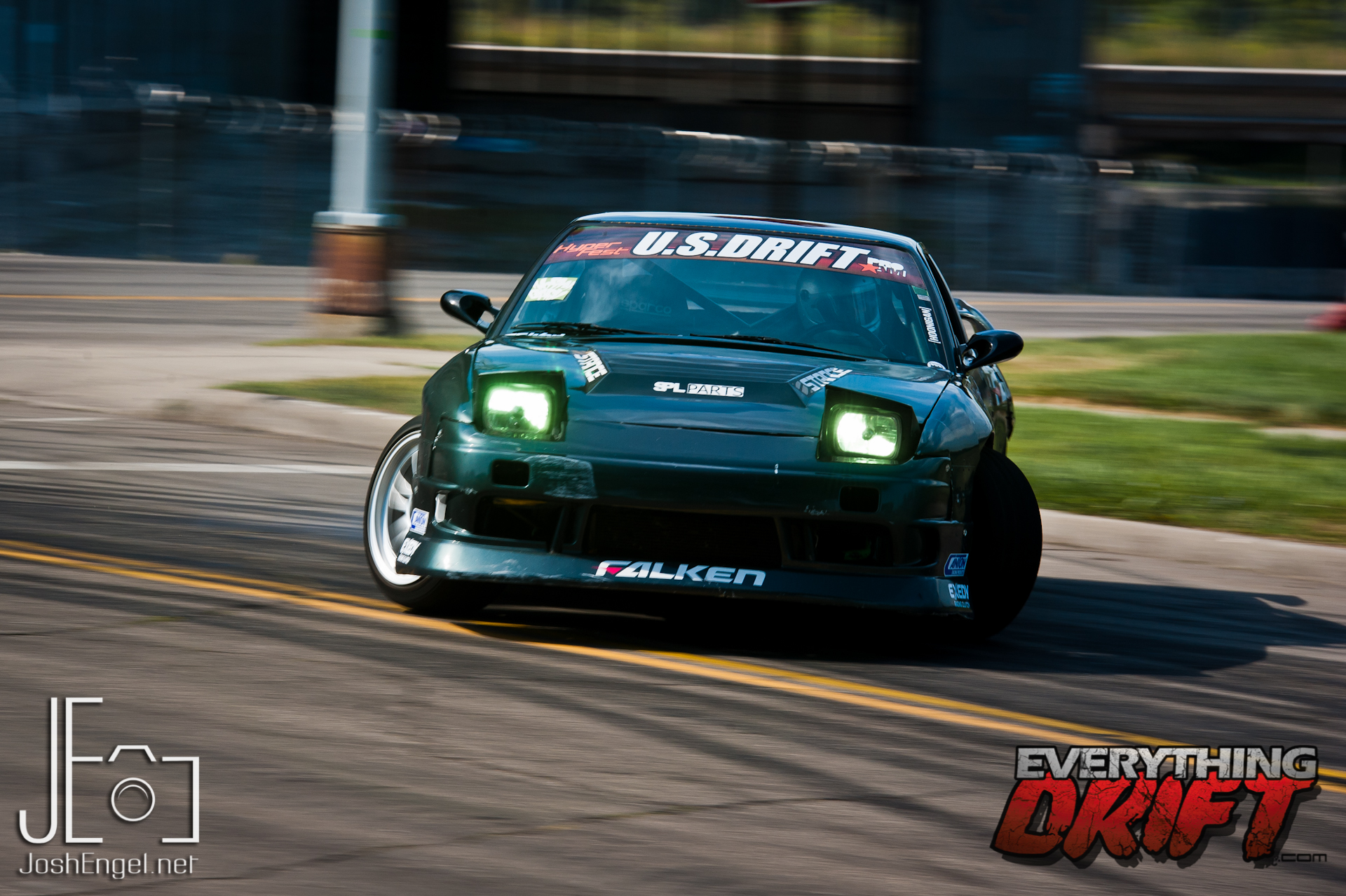 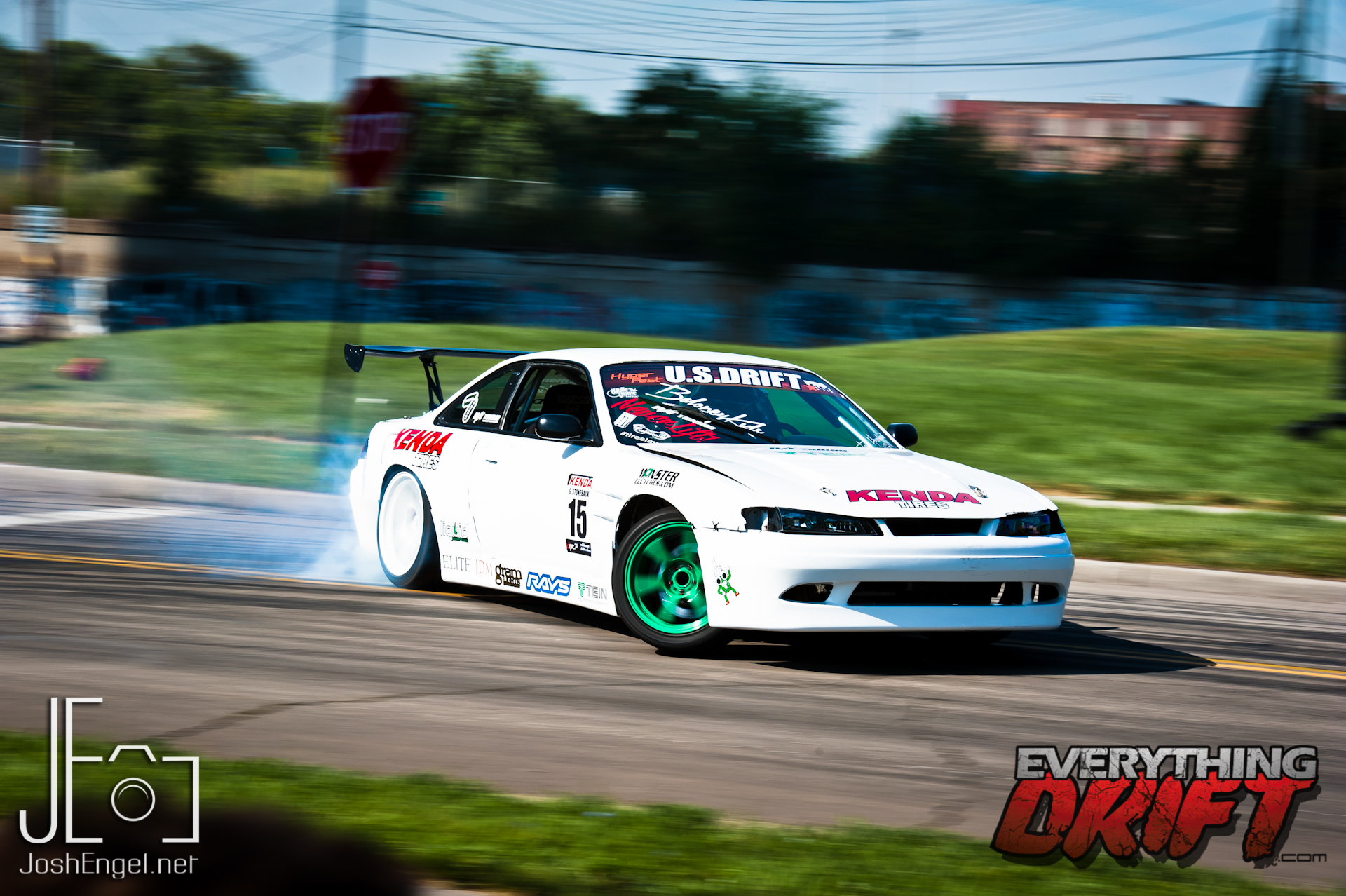 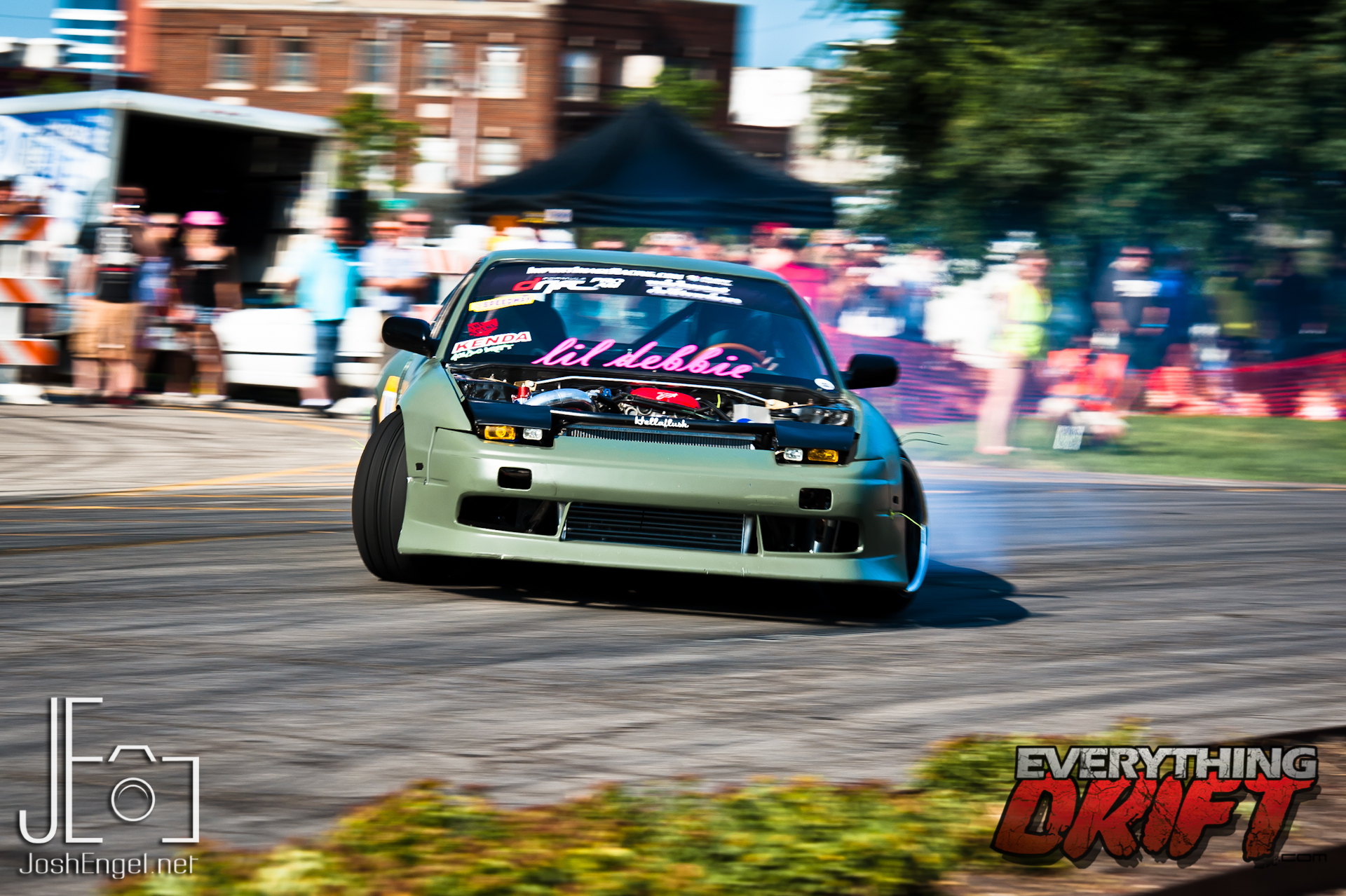 So far this is what the season points race looks like with finishing results and qualifying points:

It’s anyone’s game going into Street Life Tour. If you’re free next weekend head on up to Kil-Kare Receway in Xenia, OH for the conclusion of the 2013 Midwest Drift Union Season!

Go check out our full photo gallery from the Streets of Detroit on Facebook!

« The Hosford Files: DriftBusters
Formula DRIFT to Hold a Drift Demo at the Circuit of The Americas on September 21 -22 »