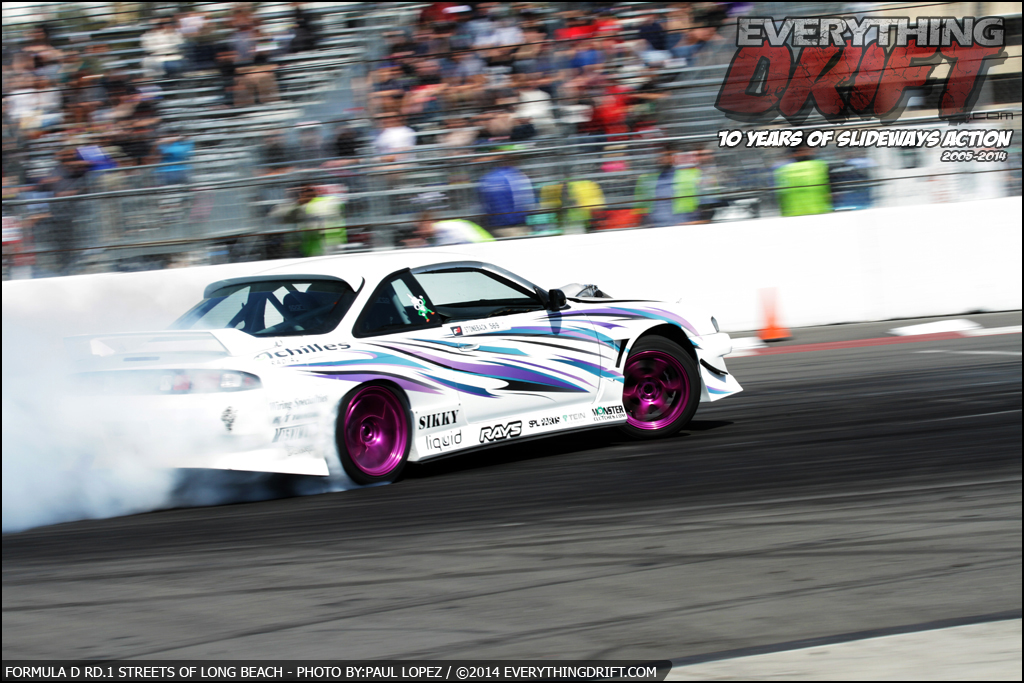 I have personally been around drifting since 2009 and I’ve been happy to know Geoff Stoneback for most of those years. Geoff resides in Philadelphia, PA and has been shredding up and down the east coast as well as the midwest in various events. When I heard he was making a run in FD this year I was super stoked for him and couldn’t wait to see where he would go. After Long Beach I was able to sit down and talk to him about his experiences at his first ever Formula Drift event as a driver. Hit the jump for the interview!

EDrift: Going into your first FD competition what were your goals other than the obvious do your best to get as far as you could?

Stoneback: Going into our first FD competition, one of our goals were wanting take everything one step at a time and take everything in from our first experience. Besides taking in everything that is behind the scenes, we wanted to have fun, otherwise what is the point on doing this. We also wanted to keep the car in one piece! If we left the event, whether we qualified or not, having a car go home with is always a win.

EDrift: I know you guys ran into some trouble getting to the track and missed some practice time. What was going through your head when you came up to the line for the first time knowing you had never ran the course or your new chassis?

Stoneback: After all of the issues with us getting to round 1, the truck breaking down, managing to find someone to bring the trailer and also taking care of a teammate stuck in the middle of nowhere, we had to let it all out on track. Luckily I had some great advice from Chris Forsberg and Tony Angelo about how the track is and what to expect. I felt semi confident going into qualifying. Although I was a little worried about running this track for the first time while its televised and during qualifying, I was more worried of the car working then my driving. I basically focused on zoning everything out and just watched the track as we laid down our qualifying runs. I never paid attention to anything else, but where I needed to put the car. 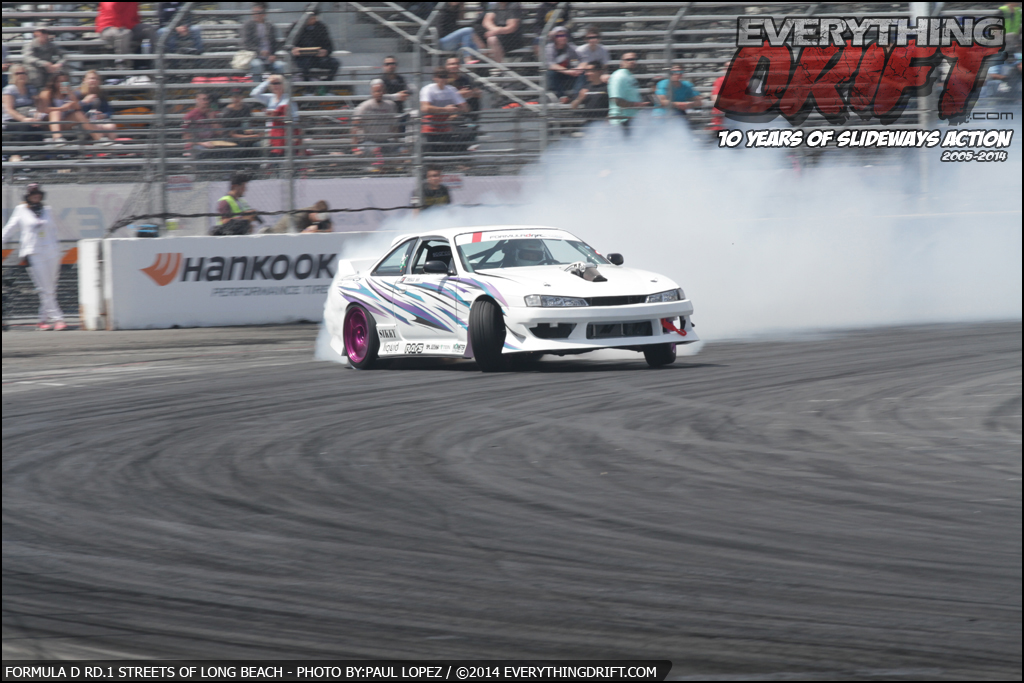 EDrift: You were able to place in the top 32 bracket after an impressive second qualifying run. Were you pleased with your performance? How did you plan to prepare for your battle with Kenny Moen?

Stoneback: The team and I were very pleased with our performance during qualifying. Most rookies from pervious years and this year had the first practice session to learn the track and start to get aggressive. We had to be aggressive out of the gate on a car that we never drove before on a track that we have only watched on live stream.

We didn’t have much of a plan to go against Kenny Moen. We knew that he was very fast, aggressive and didn’t mind to scrap the walls. We blew another seal on grid before competition so we missed that practice session as well. I watched a bit while the team was fixing the car and I knew that Kenny was on point that day and I had to drive my hardest against him. 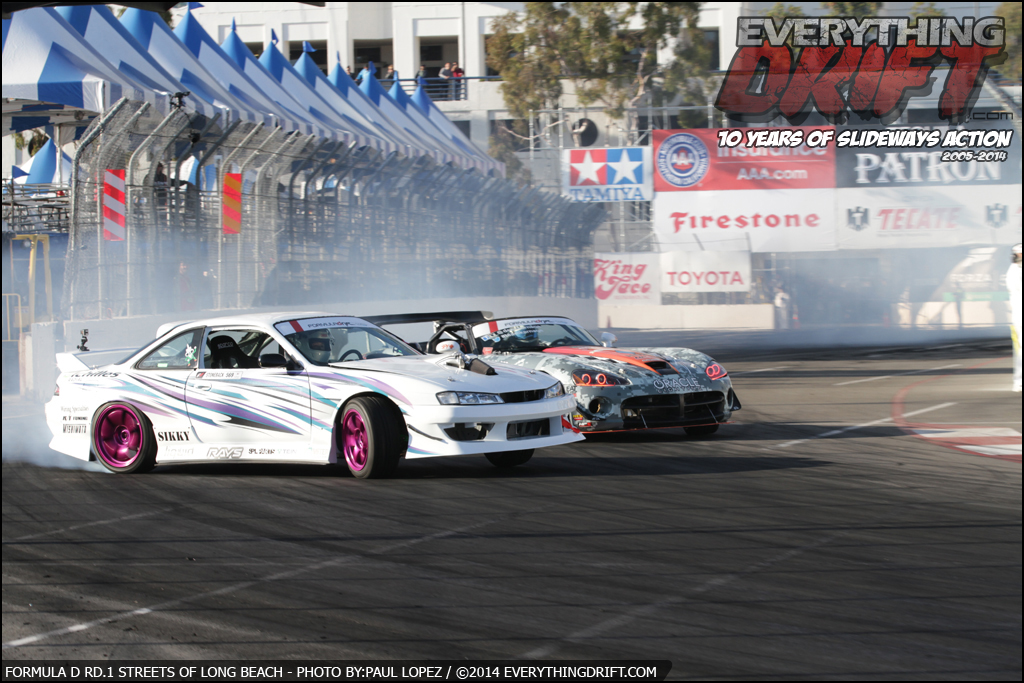 EDrift: As you said on your Facebook page Fast Kenny lived up to his name and pulled out the victory over you continuing on to place second. Can you take us through your two runs against him?

Stoneback:  Going against Kenny, I knew I had to drive hard. Unfortunately he killed me off of the line and there was nothing I could do against the huge gap be created. As we launched off the line and we shifted into second he just pulled 2-3 car lengths on me. As i shifted into 3rd, he was almost about to initiate. In my mind I was thinking, Damn that car is super fast. I tried the best that I could to close the gap, however I didn’t catch up to him until the hairpin. The damage was already done.

I laid down a pretty solid lead run, but it wasn’t enough to get OMT. 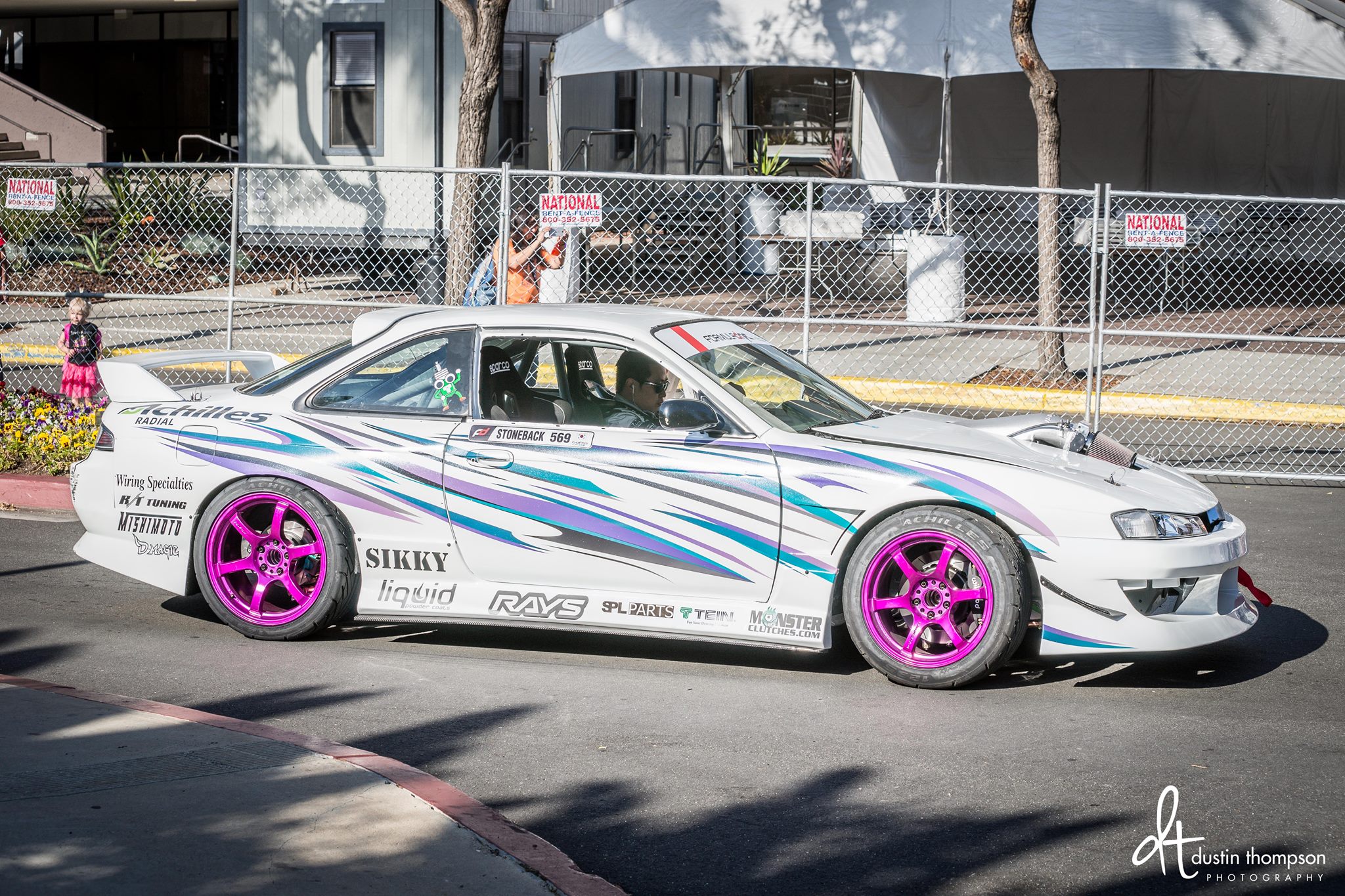 EDrift: Overall what are your thoughts about your first FD event and what are you planning on working on going into round 2?

Stoneback: Our first FD experience we were thrown multiple curve balls. I think we could put the experience of 4 FD events into just this one, haha. Everyone on the team held up their end of the work and I am super proud to have them on my team. No matter what was thrown upon us, we remained positive and calm as best as we could. Going into Round 2 Road Atlanta, we are going to go over the car again and get it 100%. We are also going to take the car to a bunch of Club Loose events to shake down the car, dial in our suspension and get that seat time that we need to be successful.

Thank you for sitting down with me Geoff!