It wasn’t as smooth of a path as Saturday’s clean sweep, but Tanner Foust remained undefeated in Red Bull Global Rallycross events at Evergreen Speedway with a Supercar final victory on Sunday. Foust bested his Volkswagen Andretti Rallycross teammate Scott Speed, who had been perfect heading into the main event, with Subaru Rally Team USA’s Patrik Sandell finishing third.“It’s true—Scott could have swept the title this weekend,” said Foust. “We held him off from that, but more importantly we held off Steve Arpin from gaining points. Finishing 1-2 twice puts Volkswagen Andretti Rallycross in the championship 1-2 with Scott leading. It was just an amazing effort from all the guys, and I’m so happy for the whole team.”Much like Foust on Saturday, Speed was perfect in his heats and semifinals to take the top spot heading into the main event. But a terrific start from Foust, the four-time Fan Favorite Driver of the Year, enabled him to grab a lead that he would never relinquish. Behind them, Sunday polesitter Sandell would take his second podium in the past four races, while Supercar newcomer Austin Cindric and Saturday polesitter Chris Atkinson would complete the top five.In GRC Lites, Christian Brooks won the battle, but Cyril Raymond won the war in Sunday’s main event. After a first-lap collision claimed James Rimmer’s car and forced a red flag and restart, Raymond restarted in the lead despite missing his entire hood and front bumper, but Brooks used a later Joker Lap strategy to make the pass and take his third victory of the season. Still, second-place points were enough for Raymond to claim the 2017 Lites title—his second in eight days, after earning the European title in France last weekend.Full Supercar results from Red Bull Global Rallycross Seattle II are as follows:

The 2017 Red Bull Global Rallycross championship will conclude on October 13-14 with th championship final in Los Angeles. Once again, the season will come down to the final race with the champion to be determined. Stay tuned to RedBullGRC.com and Facebook, Twitter, and Instagram @GRCseries for more information. 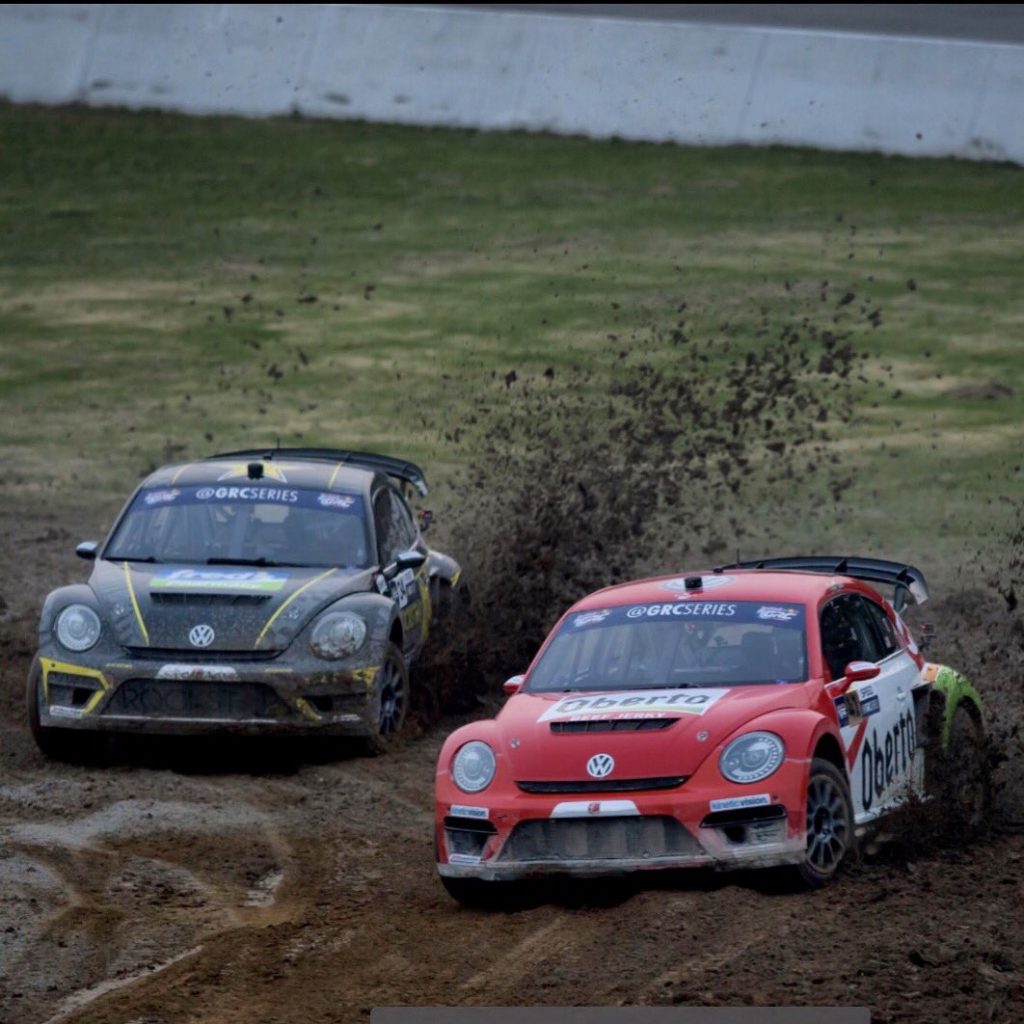 Memphis, TN (April 29, 2017) – Scott Speed completed a flawless weekend by winning Saturday’s season-opening Red Bull Global Rallycross Memphis, the series’ inaugural visit to Memphis International Raceway. Speed held off Tanner Foust, his hard-charging Volkswagen Andretti Rallycross teammate, for the win, while Loenbro Motorsports driver Steve Arpin came home third.
“The first race when you come back is always the one you’re looking forward to,” Speed said after the victory, his record 12th in Supercar competition. “Almost everyone has done their homework and you wonder who did the best job, and I think it’s pretty clear. Our game plan is always the same: we focus on what we can control as a team and we do our job. If we do that, that’s all we can ask for. There are a lot of variables out there and you can’t control anybody. We just keep our head down and do what we do.”

END_OF_DOCUMENT_TOKEN_TO_BE_REPLACED

Los Angeles, CA (March 23, 2017) – For the first time in its seven-year history, Red Bull Global Rallycross will head to Canada for a championship event in 2017. On Saturday, June 17 and Sunday, June 18, Red Bull GRC will visit Ottawa, the country’s capital, for two rounds of action at the Canada Aviation and Space Museum. The event is part of the Ottawa 2017 calendar, a year-long celebration of Canada’s 150th anniversary of Confederation.

“Ottawa represents a perfect fit for Red Bull GRC as we return to international competition in 2017,” said Red Bull GRC CEO Colin Dyne. “We’ve been fortunate to see many Canadian fans at our events in the United States over the years, and we’re looking forward to bringing our racing formula north for the very first time, and to the Canada Aviation and Space Museum. As Ottawa 2017 celebrates the150th anniversary of Canada, we can’t think of a better way to join the celebration than by staging an event in the nation’s capital.” END_OF_DOCUMENT_TOKEN_TO_BE_REPLACED