With a personal best in results for Round 4 in New Jersey, Nate Hamilton comes into Round 5 hungry to continue his climb in the points with the Formula Drift Series.

Being a new track for Nate, he had only a few short practices before it all needed to count.
Qualifying went down in patchy conditions, shaking up the qualifying order. For Nate, he would be battling FD Series Champion, Michael Essa.

Throwing down an intense battle, literally until the wheels fell off, Nate would take the win and be put against another Formula D Series Champion, Fredric Aasbo.

With a miscalculation on his chase run, Aasbo would take the win against Hamilton and continue on to get first place in the event.

Leaving the event Nate maintains his standings in the points race, but closes the gap further in points between his current position and the next two in front of him.

With Round 6 Formula Drift Seattle happening soon, the points chase is bound to get interesting…stay tuned!

Long Beach, Calif.  May 31, 2014  Formula DRIFT PRO 2 Series kicked off the season at Homestead-Miami Speedway with the first of four rounds of competition. Geoff Stoneback in the Geoff Stoneback Racing Nissan S14 takes the first victory in PRO 2 history.The inaugural PRO 2 competition held at Homestead-Miami Speedway marked the start of the PRO 2 season. PRO 2 Series was introduced as an intermediary series between the Formula DRIFT Pro-Am and Pro Championship to help drivers get acclimated to the competition level and venues, while gaining valuable experience. As the first year of the PRO 2, drivers that are eligible include both licensed Pro-Am and Pro Championship drivers. In addition, the PRO 2 competition was available on the Driftstream for the fans at home and remaining events in the PRO 2 Series will be streamed live this season.

END_OF_DOCUMENT_TOKEN_TO_BE_REPLACED 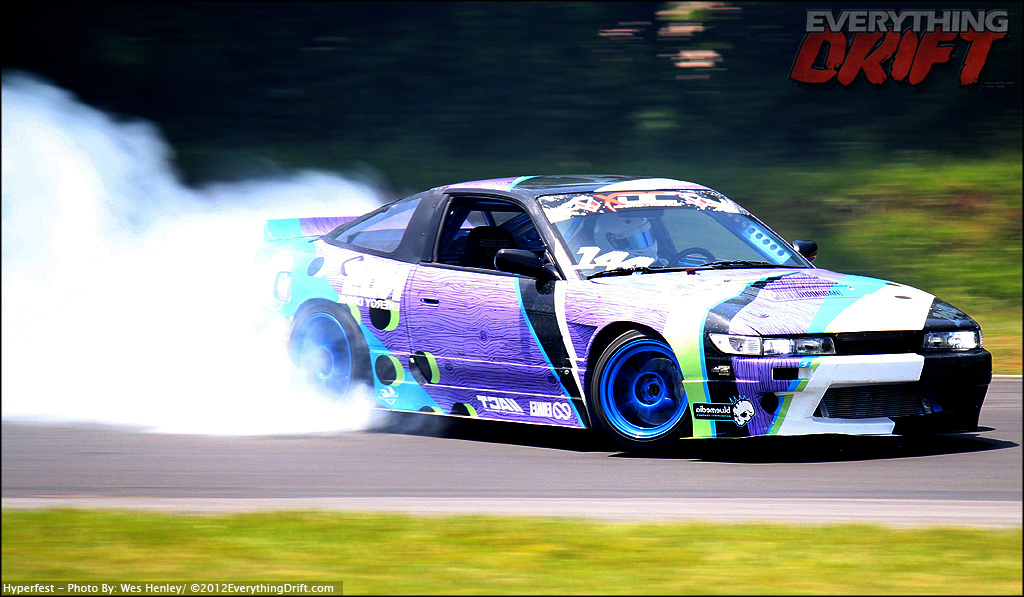 Here’s some coverage from the Hyperfest 12 event held at  Summit Point Motorsports Park on June 16 .

Nate Hamilton does a nice reveal of his wrap for the 2012 season. Siting he is going back to his skate roots…

2011 DMCC Round 6 took place with a US Vs. Canada feel of the event.  Several XDC drivers took the trek up to go against Canada’s best and the results were as follows…