After a difficult start to the season in Round 1, I had lots of repairs to do. The crash had caused significant damage to the front end. I only had 1.5 weeks to get the car prepared for the next practice session. I worked on the car every night and all weekend, finishing it the night before. 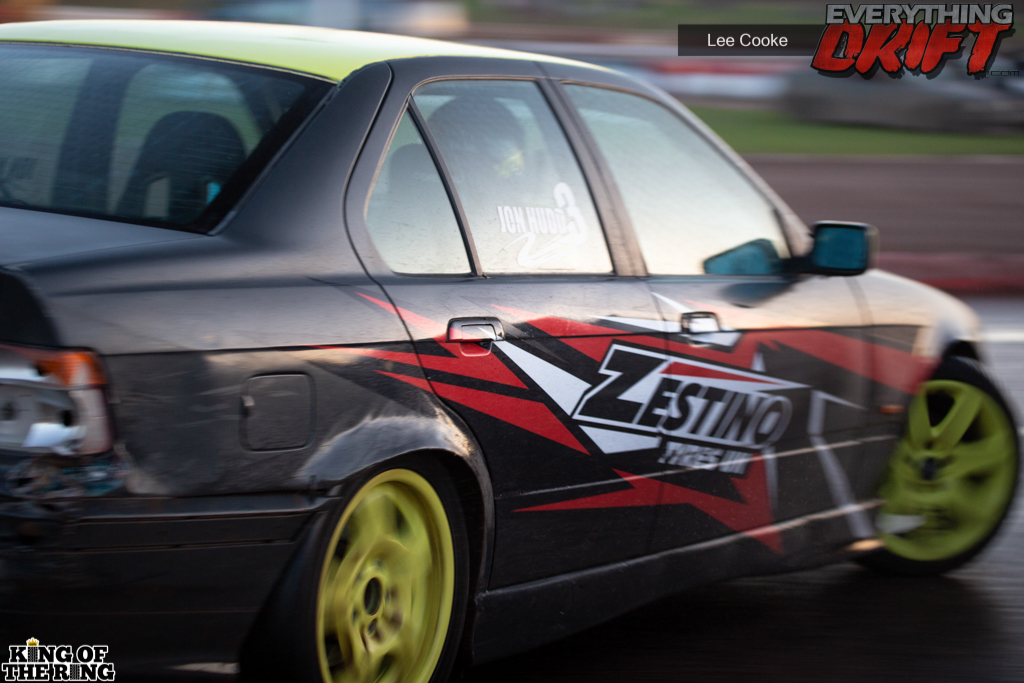 It was also time to poly bush the rear end as it had been knocking badly and was potentially going to start causing further damage. With the help of a friend and a few late nights, the rear end was fully poly bushed with Duraflex Extreme Bushes and the repairs were complete in time for practice. 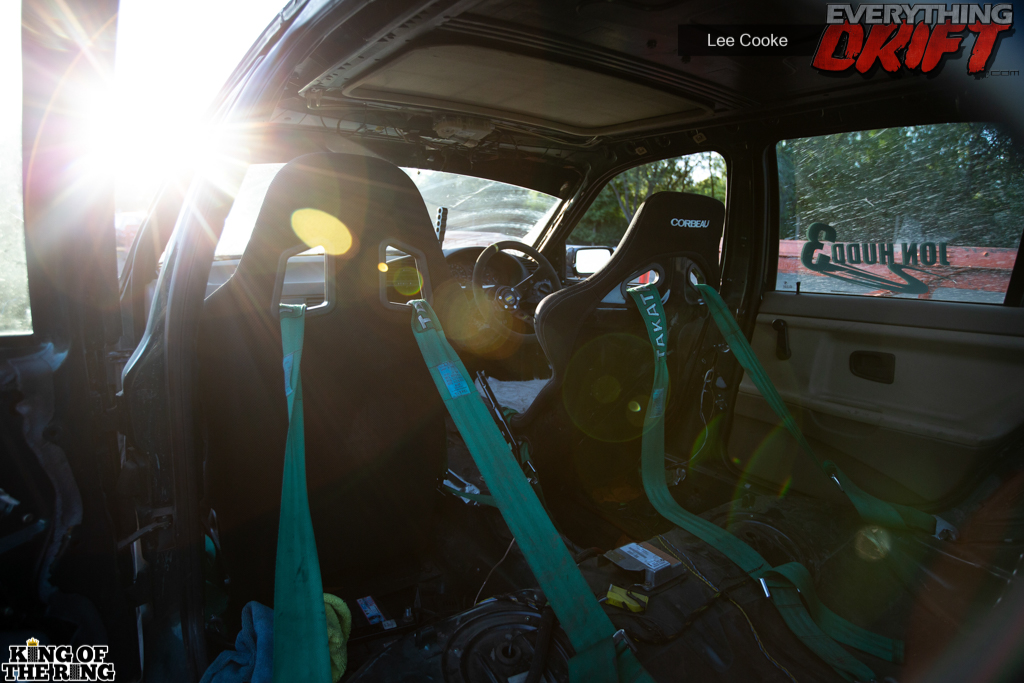 I didn’t know what to expect from the Duraflex Extreme Bushes but to say I was amazed would be an understatement. My car had always knocked at the rear end and this had disappeared completely and suddenly the car changed direction so much quicker and with pin point accuracy. This is a must have modification for any drift car. 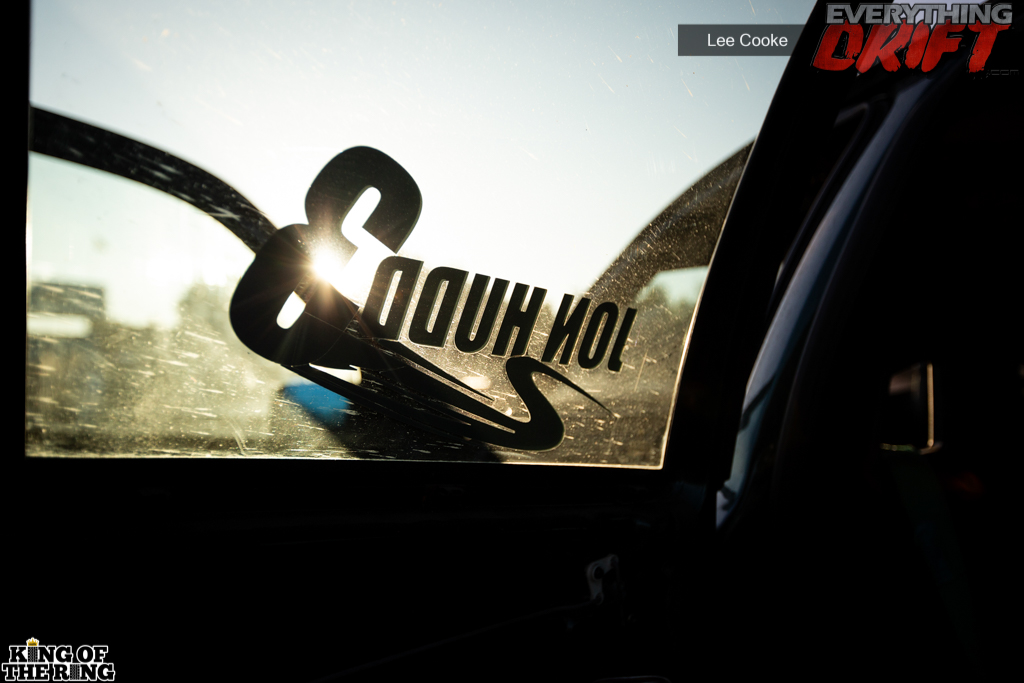 Having lost a lot of confidence from Round 1, I was fighting a mental battle. The fear of having to repair the car again was restricting my entries and overall performance. My team mate Paul Parnell from MAPT Motorsport offered to lend a hand. Within a few sessions, he had me entering clips with more conviction and I knew at that point there was light at the end of the tunnel. 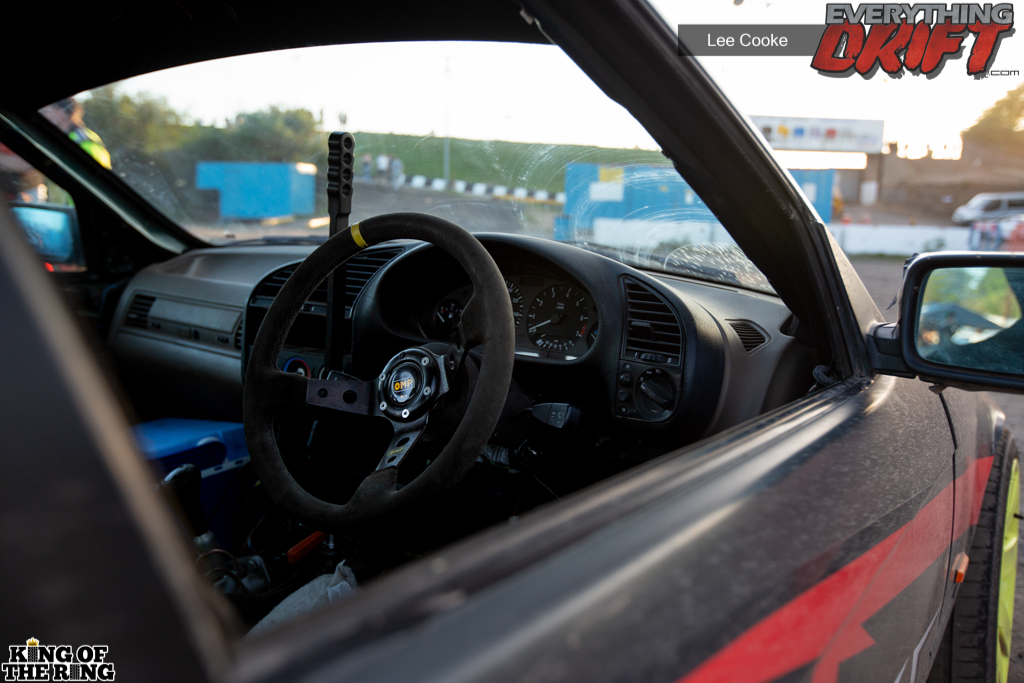 There was a strange atmosphere in the pits which we were not used to. It was almost as though the fun element had been forgotten. King of the Ring is one of those events where all the drivers are friends on and off the track so this was alien. Thankfully by the end of the day the feeling of camaraderie was restored. 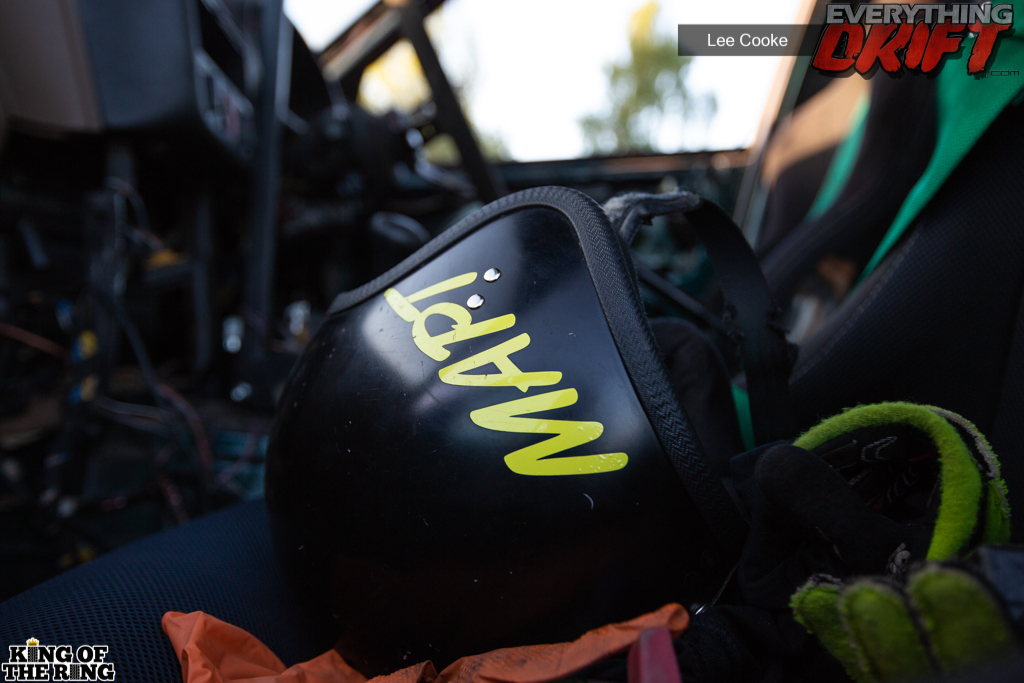 The weather was absolutely scorching! Despite the organisers best efforts, it was not possible to keep the track wet. At the hottest point of the day, it was only a handful of laps before a patchy dry line started to appear. The reason why this is such a problem is that when you are mid drift and hit a dry patch, you need to power through which isn’t easy with less than 200bhp whilst on Soft Zestino 07RS Gredge tyres. The result is increased speed. As you then get back onto the wet, you are going too fast and the result is inevitable…you hit the wall. 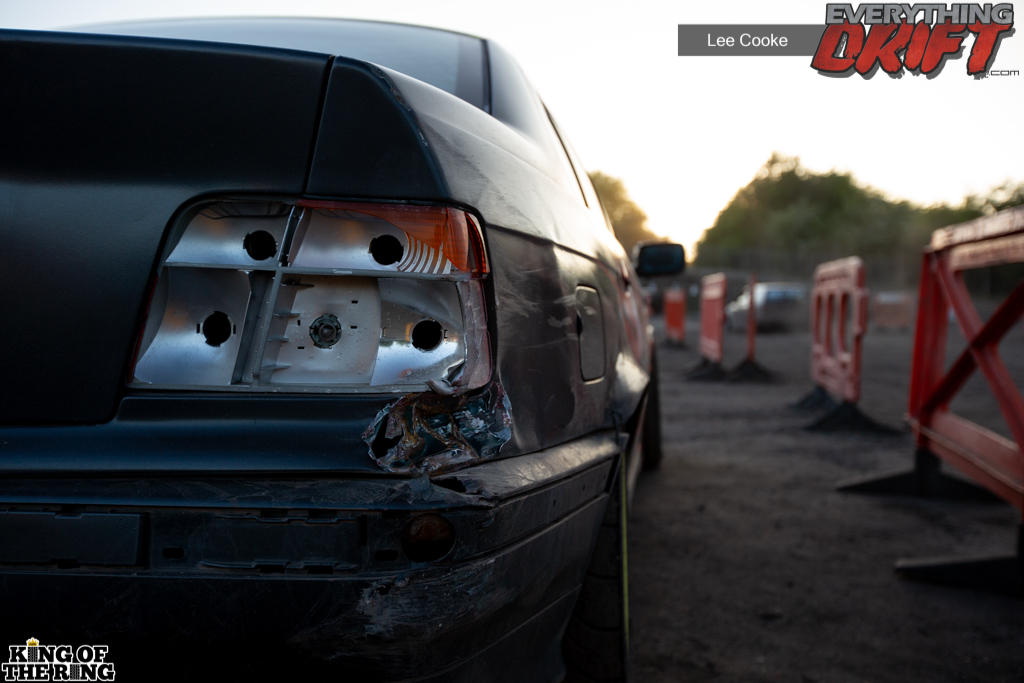 As the day went on and the temperatures dropped, every last minute of track time was used and I eventually found the line on my second from last session out. Nothing like cutting it fine! The car was clean and we were lined up ready for qualifying. Having spun last round and made my life difficult with a low qualifying spot, I didn’t want to make the same mistake again so I started with a banker lap. The second run was better resulting in a 96/100. The fact that this was 5th place show the level of skill at this event. 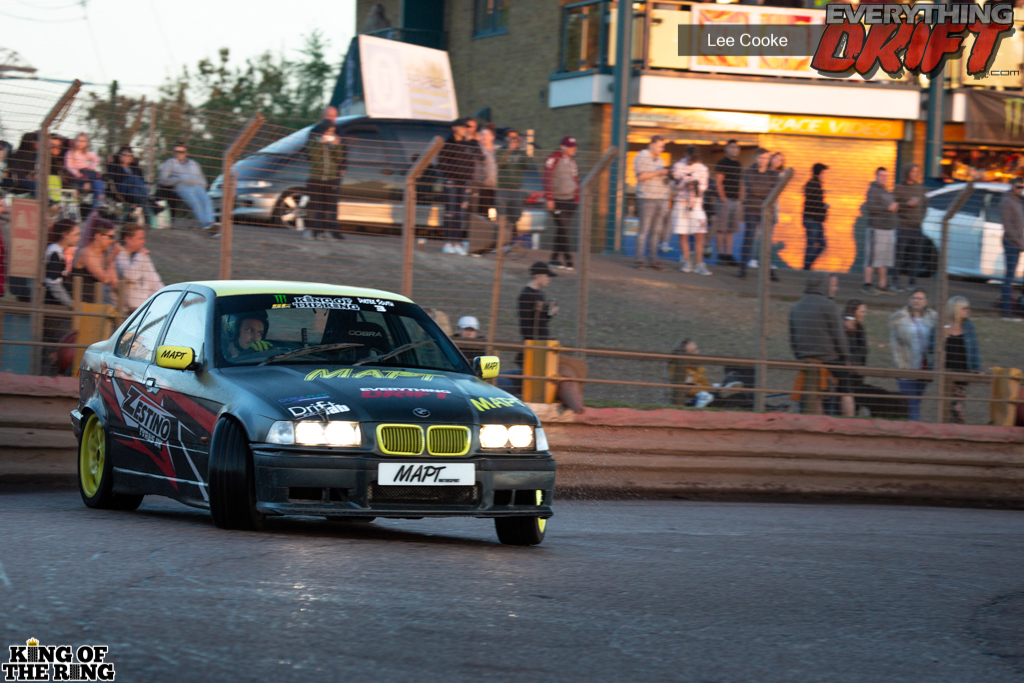 My top 32 battle was against Peter Spinks. Peter had unfortunately written his car off on his first qualifying run but instead of giving up, he borrowed his wife’s car and went straight back out. With Peter not being in his own car, this immediately gave the advantage to me and despite a tentative start, by the end of my chase run I was nice and close to the side of Fliss’s E36 Coupe. 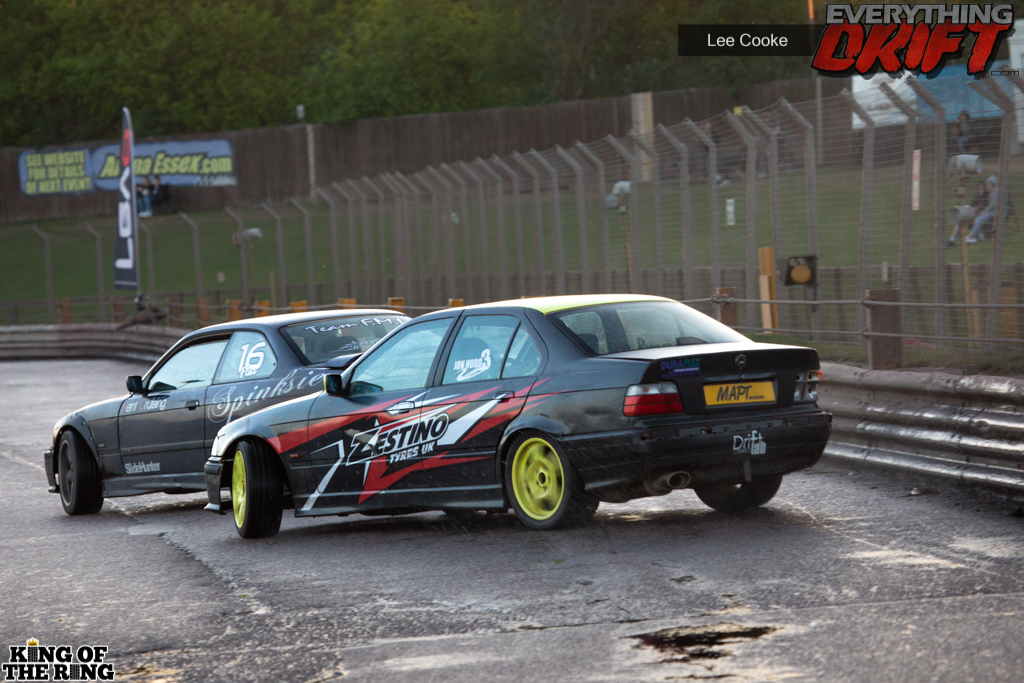 There were so many talented drivers there that every Top 16 battle was going to be a challenge. I had drawn Bradley Cousins…The entertainer! True to form, Bradley came in super hard. Luckily for me, too hard and his car ended up placed between my car and clipping point 2. As I transitioned, the collision was inevitable and put Bradley into a spin. Thankfully, the judges deemed this his error and awarded me a 10:0. I decided against playing my chase run safe as I was having too much fun. Bradley knew he had it all to do to overturn the score and pushed a little too hard resulting in a second spin which saw me advance through to the next battle. 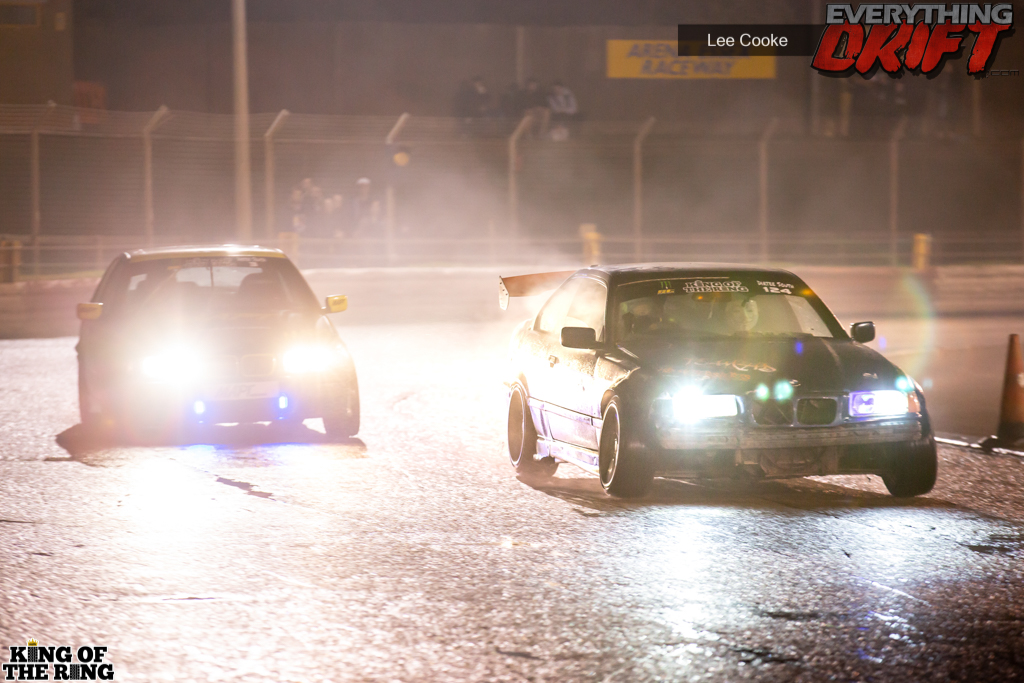 Eddie Fielder was next up. His E36 2.8 compact has plenty of speed and more lock than a London Taxi. Eddie had good proximity but made one error on my lead run, giving a score of 6:4 to me. I wasn’t aware of his error so I pushed as hard as I could on the chase. Into clipping point 5, I thought Eddie had lost control and I backed out to avoid a crash. I was very wrong, this was his driving style and he was making full use of the lock.Obviously, this gave the advantage to Eddie but thankfully only by 1 point which meant we had to run again. 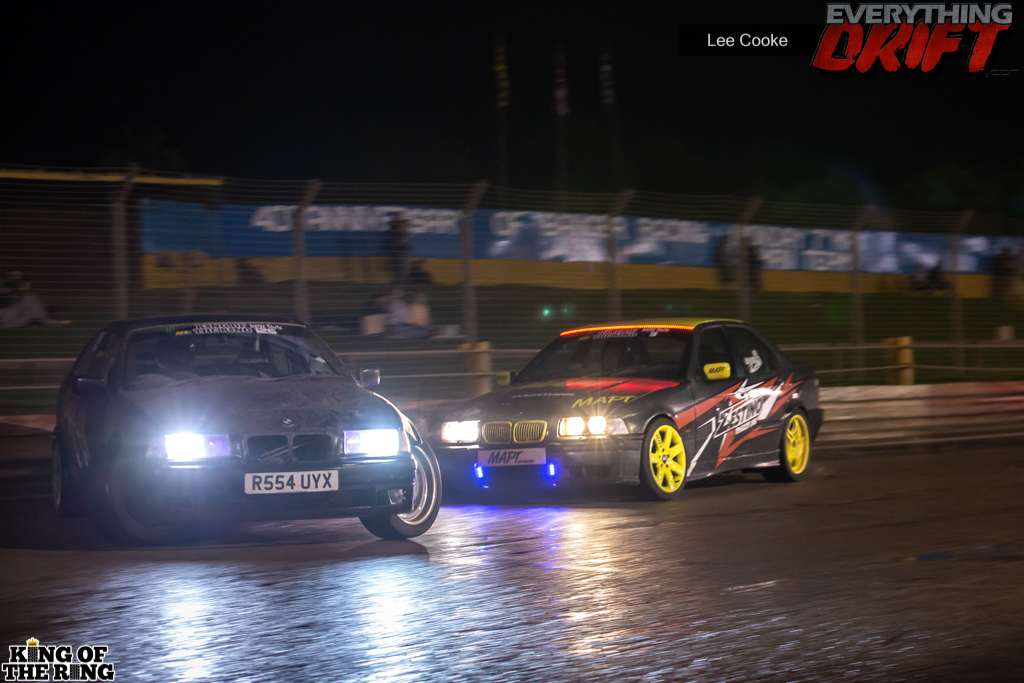 The second run was just as close and I only took the win by 1 point. I don’t think it will be long until we see Eddie Fielder on the podium. 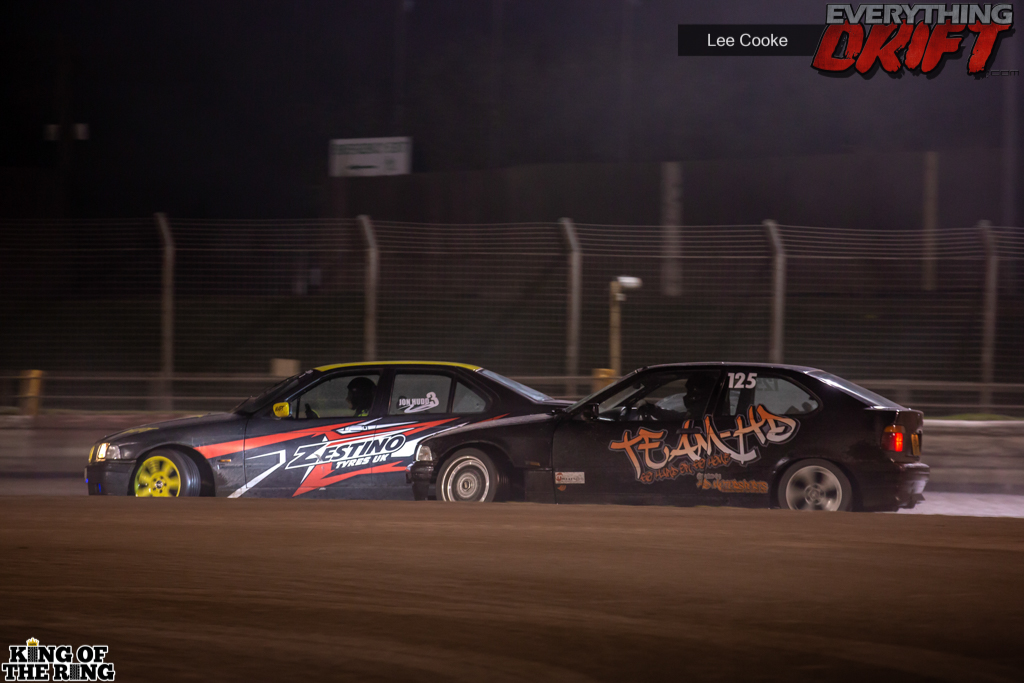 The Top 4 battle was against 1st Place qualifier Phillip Hayden who is currently competing in the British Drift Championship as a Pro-Am driver. Phillip lead and entered clip 2 too fast catching the wall with the back of his car. The front got dragged in and I wasn’t sure if he was going to make it out or come to a complete stop. Having nearly lost my previous battle playing it safe, I kept my foot planted to the floor, this was a good choice as what appeared to be a big impact was not enough to throw Phillip off his game – The score was 7:3 to me. Phillip put on a great chase but it was always going to be difficult to overturn an advantage like that. 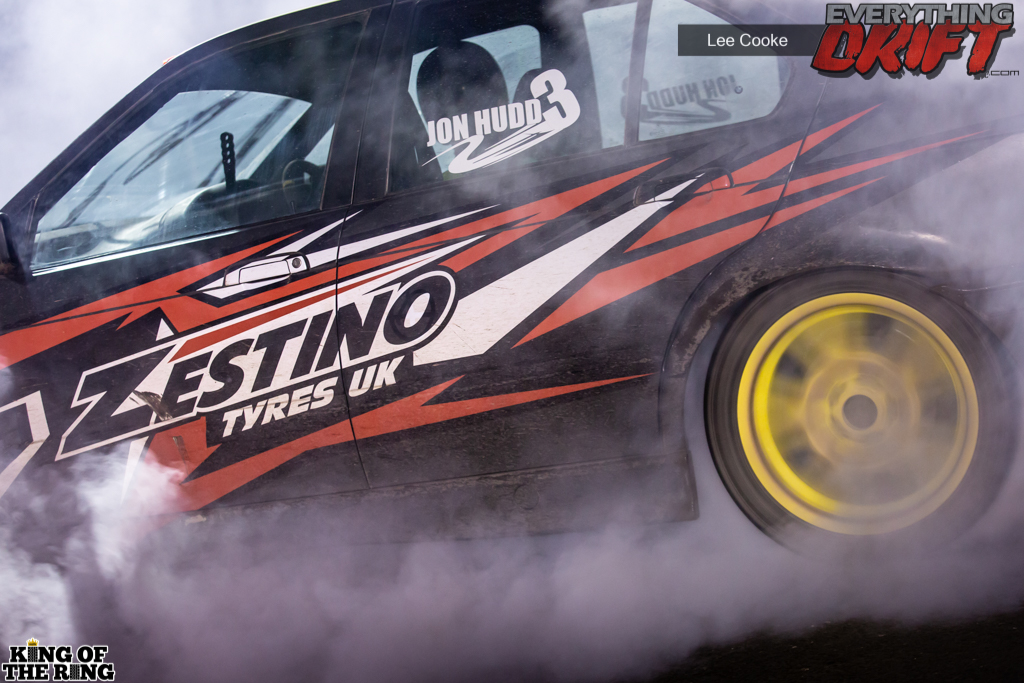 The final was against Aurimas Vaškelis, a British Drift Championship Pro driver and renowned as one of the most aggressive drivers in the game. Aurimas was so fast that to catch him I had to take a massive dive into the wall run despite knowing this cut of the track would be penalised by the judges. I did the same at clip 5 but this time it was too much and I over rotated the car trying to avoid contact. This gave Aurimas a 10:0 lead. 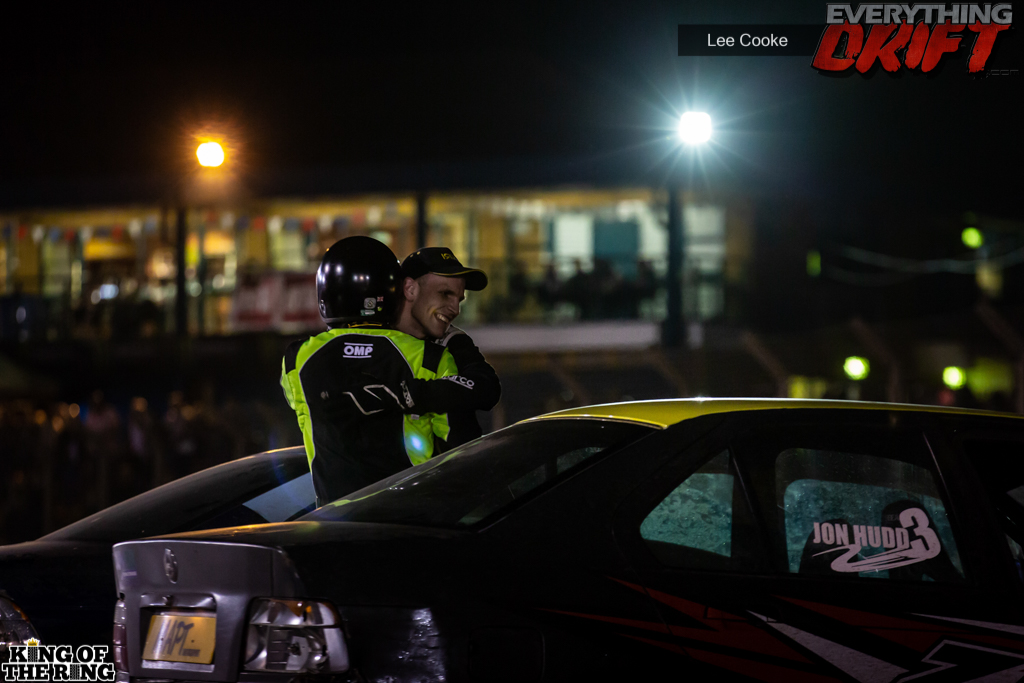 On my lead, I entered at normal pace but was hit with significant force to the side of the car. I very nearly span but applied full lock and got back on the power. I composed myself after being used as an alternative to a brake pedal and knew that a standard lead run would never be enough to force Aromas into an error. I set about creating a difficult lead run. This forced a few errors but not quite enough to overturn a 10:0 against such a talented driver. 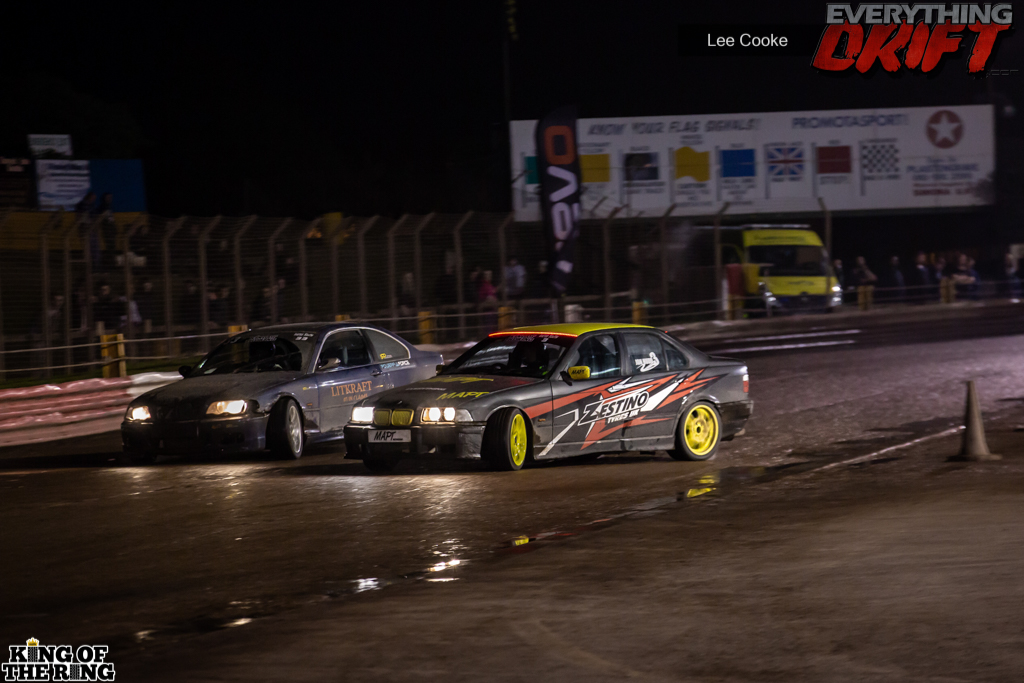 It had been an amazing day and the icing on the cake was being stood on the podium with not only my MAPT Motorsport team mate but the very same guy that had helped me regain my confidence just a week before. Well done Paul Parnell and thank you. 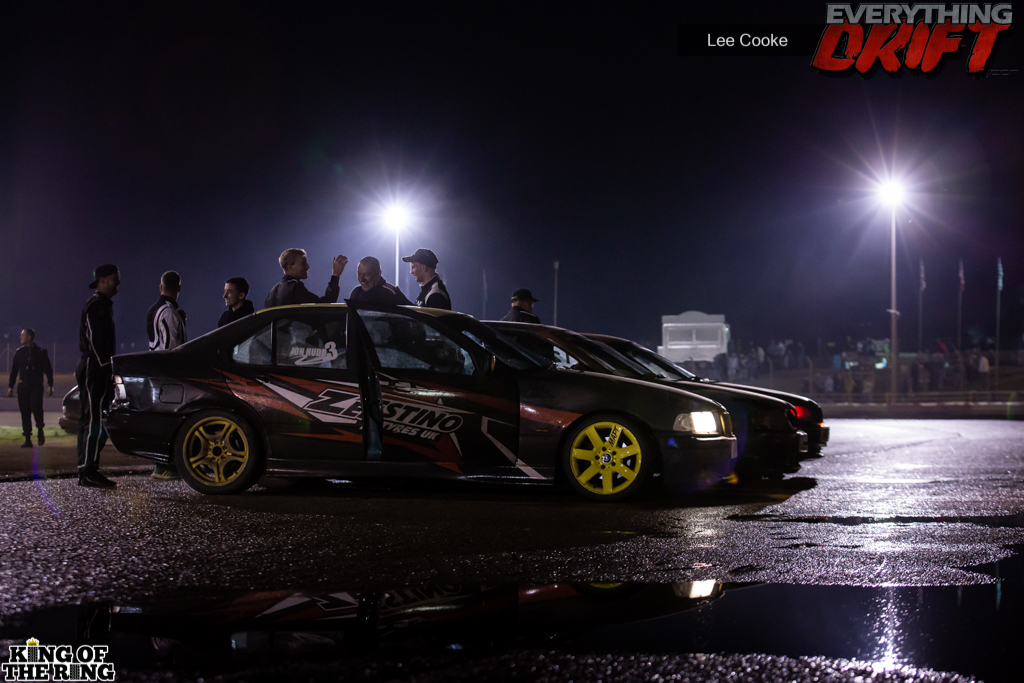 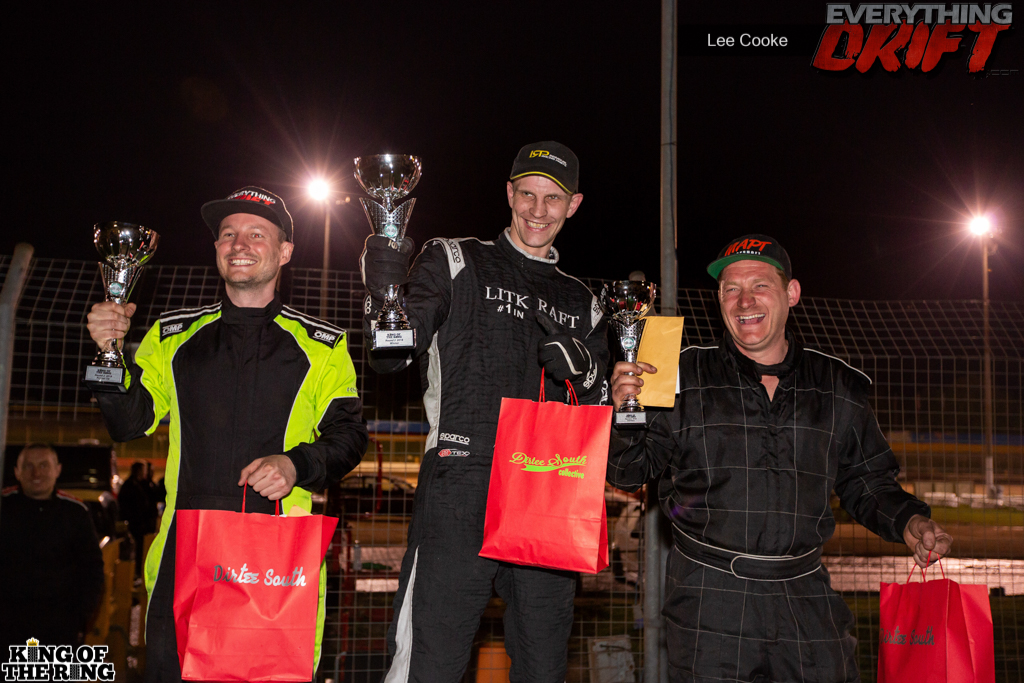 Thanks to all of my fans, family, supporters and sponsors including Zestino Tyres, Driftfab, EverythingDrift.com and Duraflex Extreme Bushes. See you all at the weekend for Round 3! 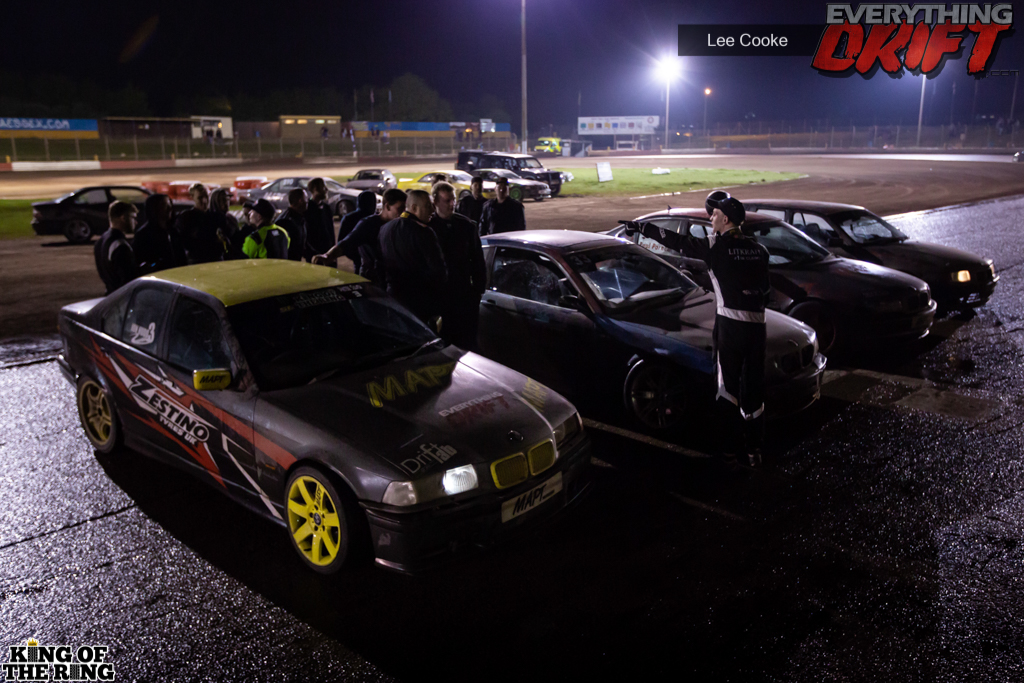