When we left BDC round one there was one big question, why did I only have 9psi of boost when the CA20 should be running 22psi on the Garrett GTX 3071 Gen2? 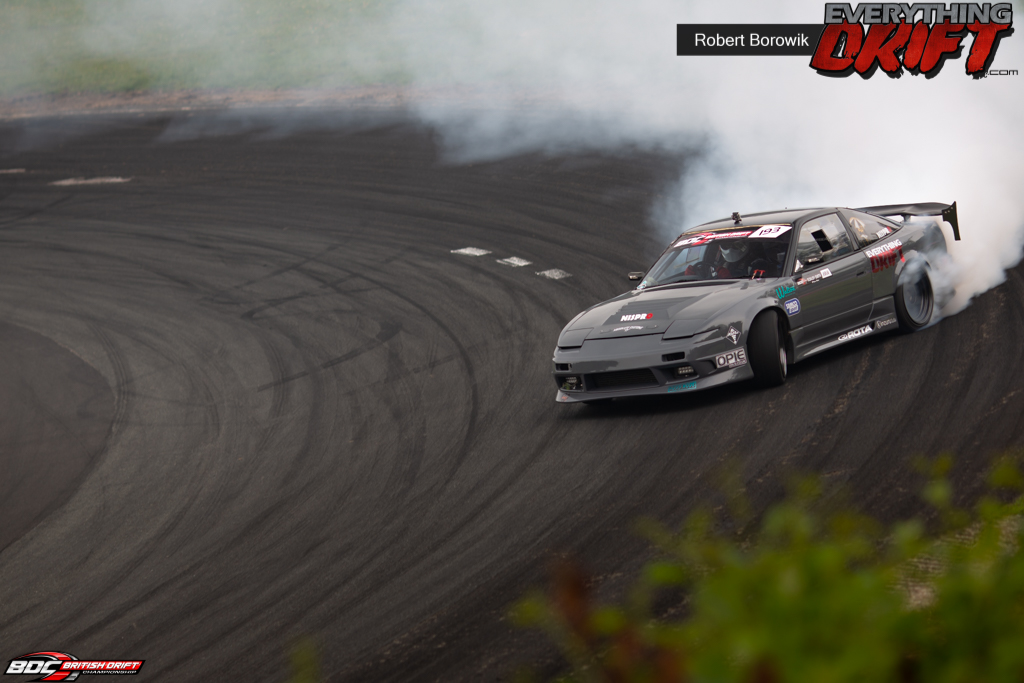 Well we found that the issue was a split plenum, unfortunately it was on the dyno 2 days before Japfest at Silverstone, so it was bit of a rush to get the plenum off welded up and back on before the event. 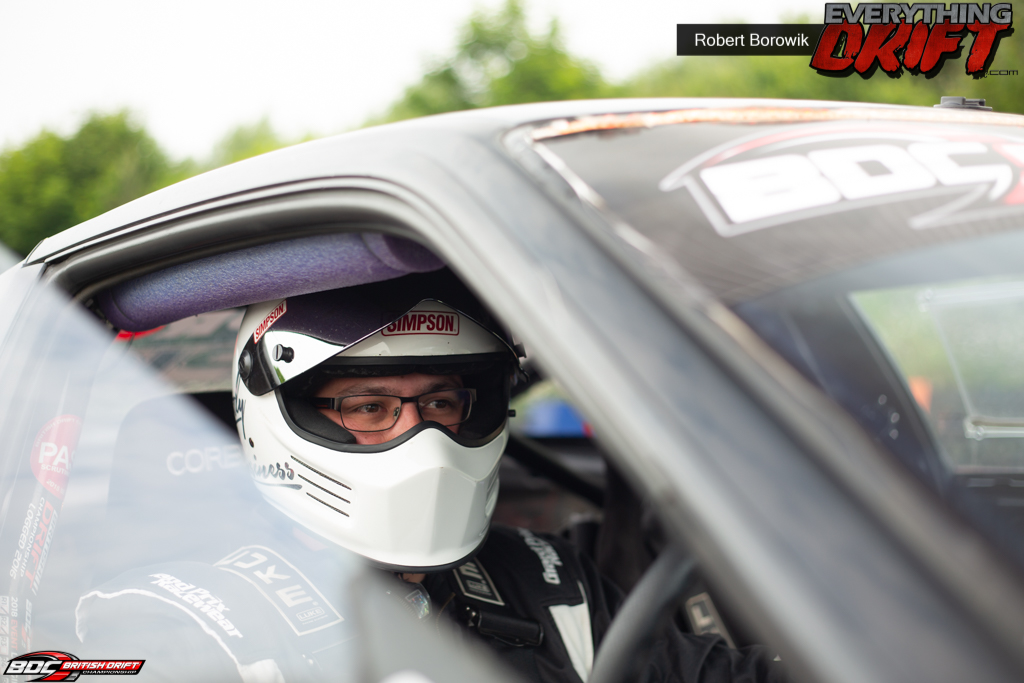 Those of you that went will know I made it and the car was on track! The next day I was booked on for a Rockingham Drift Days outer paddock practice day, I was going with the intention of getting as much twinning practice as I could. This plan was cut short as half way through my second lap, the wastegate clamp bolt sheered and the wastegate came off the manifold losing the ring from the gate to never be found again. So if when you’re next at Rockingham wandering around you find a 40mm wastegate ring it was probably mine. 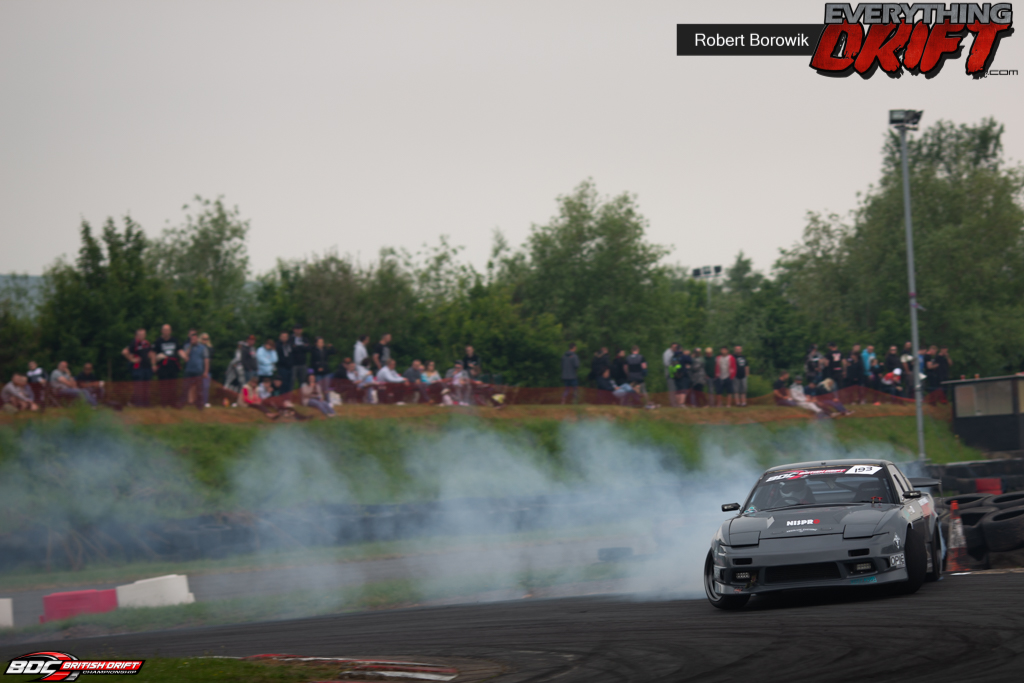 A new wastegate wing and clamp acquired along with a trip back to the dyno for a check over and tweaks with Walton Smith at Nispro the week before Round 2, everything all good and ready to go. Also during that week I visited Nick at Absolute Customs where we changed the driver’s side bar to a Nascar style door car so I wouldn’t hit my elbow anymore as well as fitting the new rear spoiler. 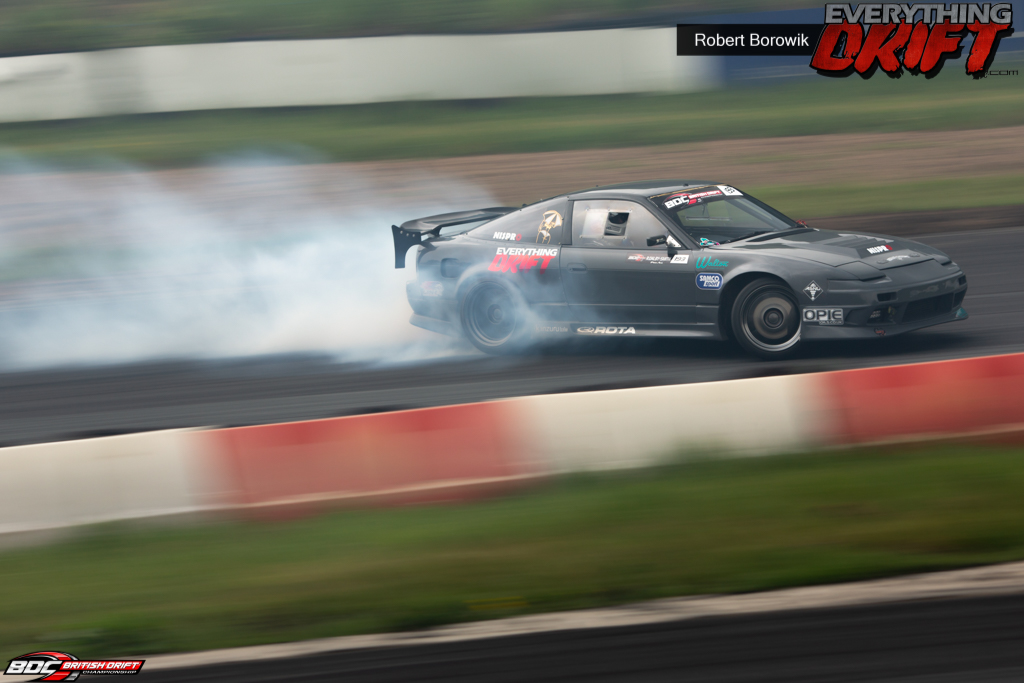 On to BDC, I only had one practice run in the first session due to a car recovery and I went out barely completed a lap drifting as I entered too slowly with too much grip. 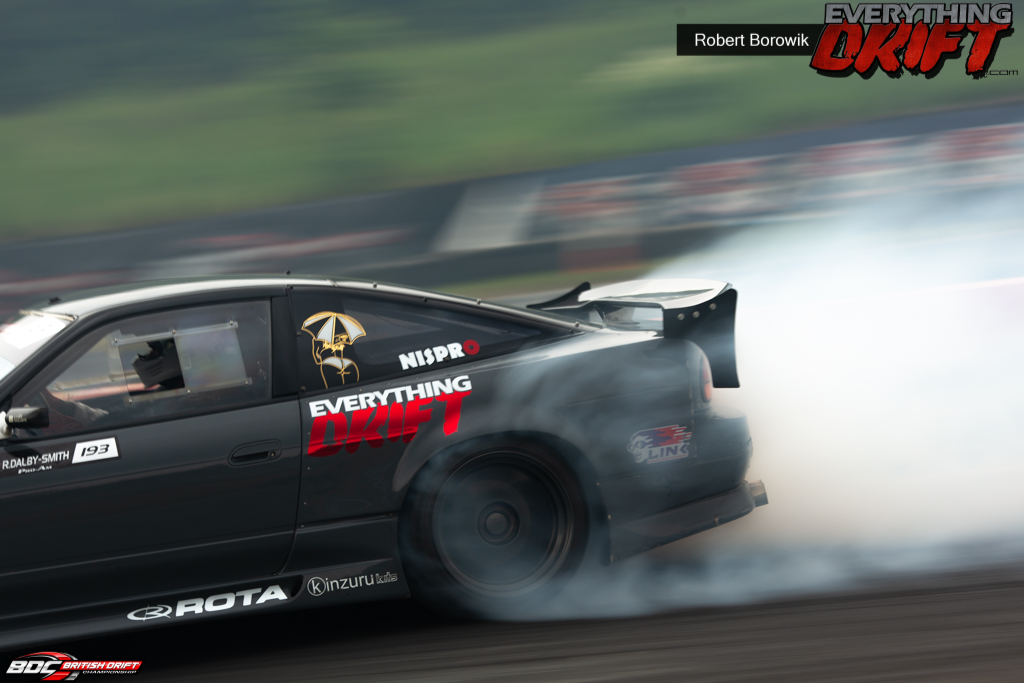 The second session went much better and each run was an improvement on the last, with what I felt was my best run all morning being the last one before the end of practice. 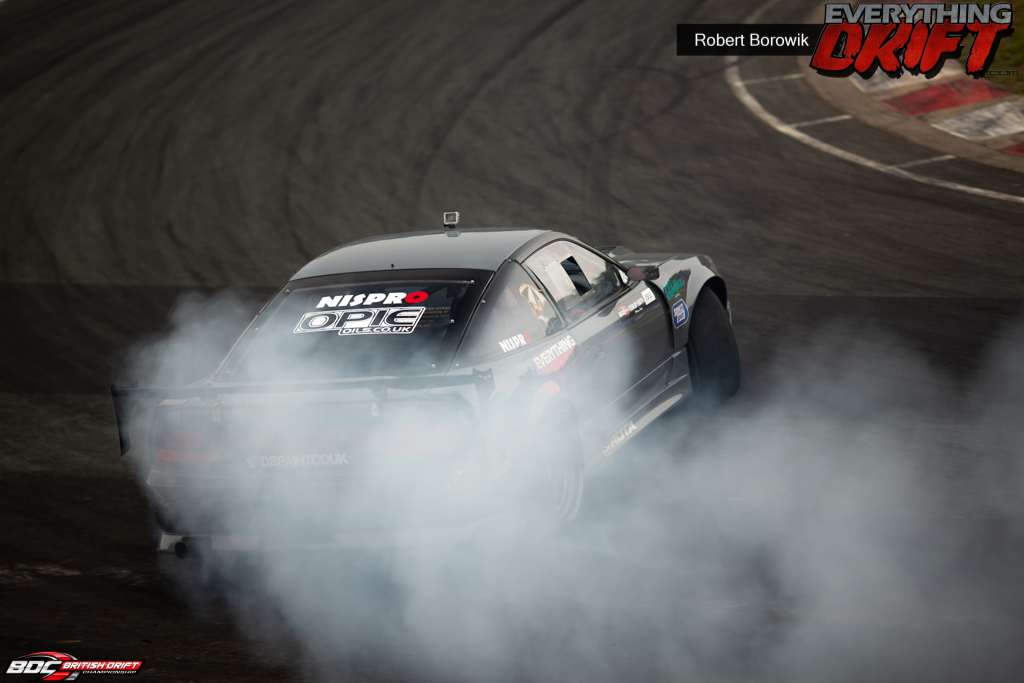 On my first qualifying run I just wanted to put down a clean, tidy run, all went well and I scored a 77.3 which was high in the order. 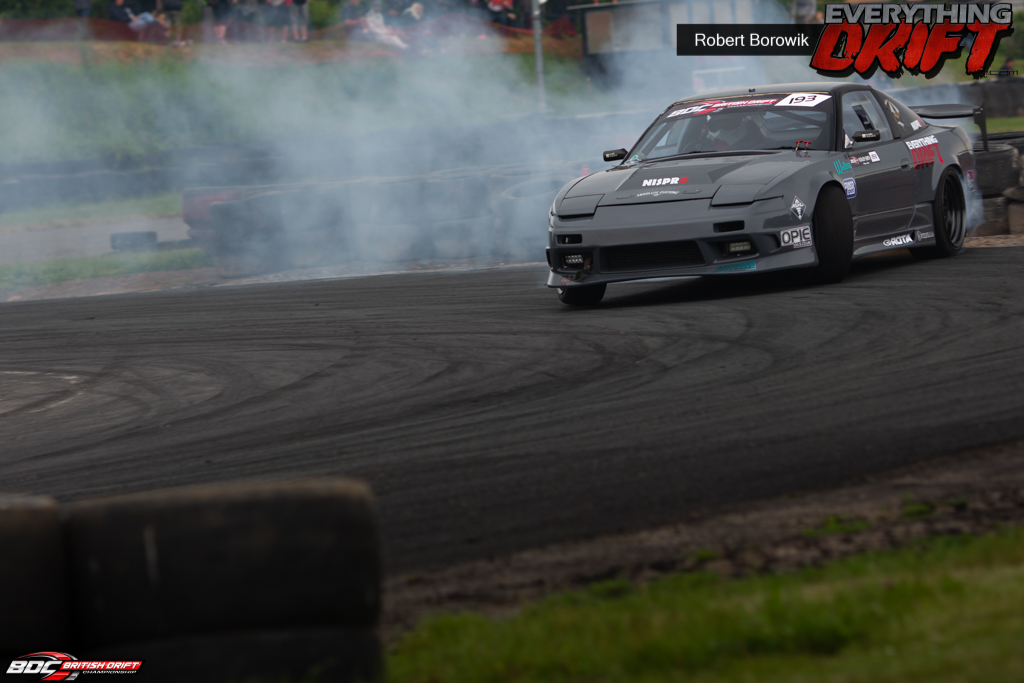 On to my next run after some feedback from friends watching I tried to push a bit more and came away with an 81.3 and 7th by the time everyone had done their qualifying runs. I was happy with that as it was the first time I had driven the car on the 265 Tri-Ace Racing King in the dry with the car running full power. 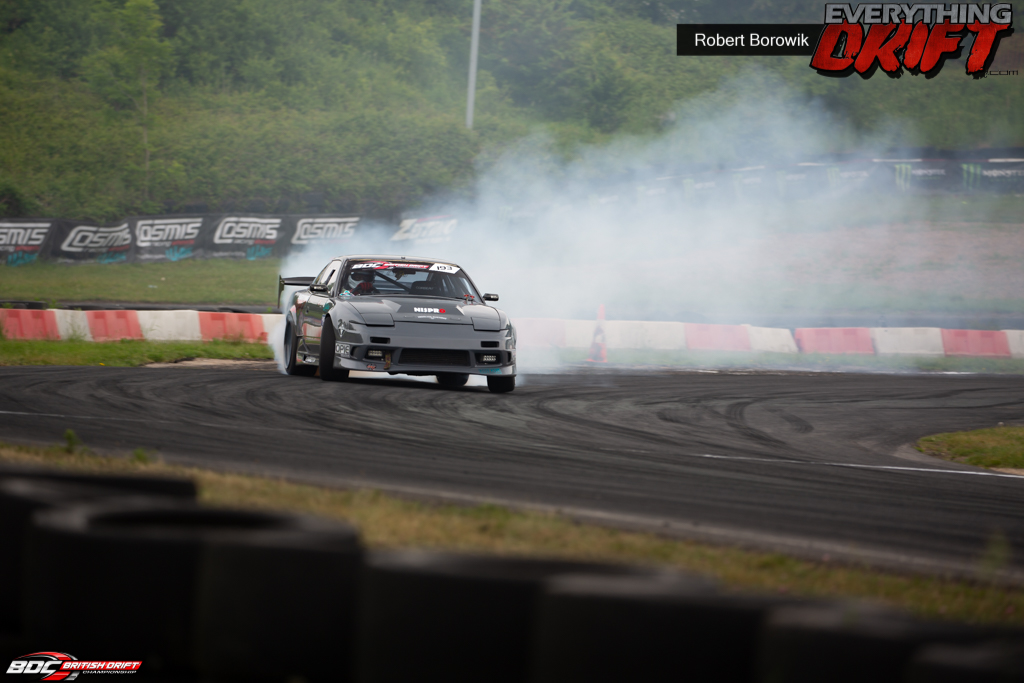 My first battle would be against Stuart Egdell, I haven’t battle Stuart before so wasn’t sure what to expect. I was the higher qualifier so I led first and did as good a run as my qualifying runs, whilst Stuart had a big straighten behind on the banking. 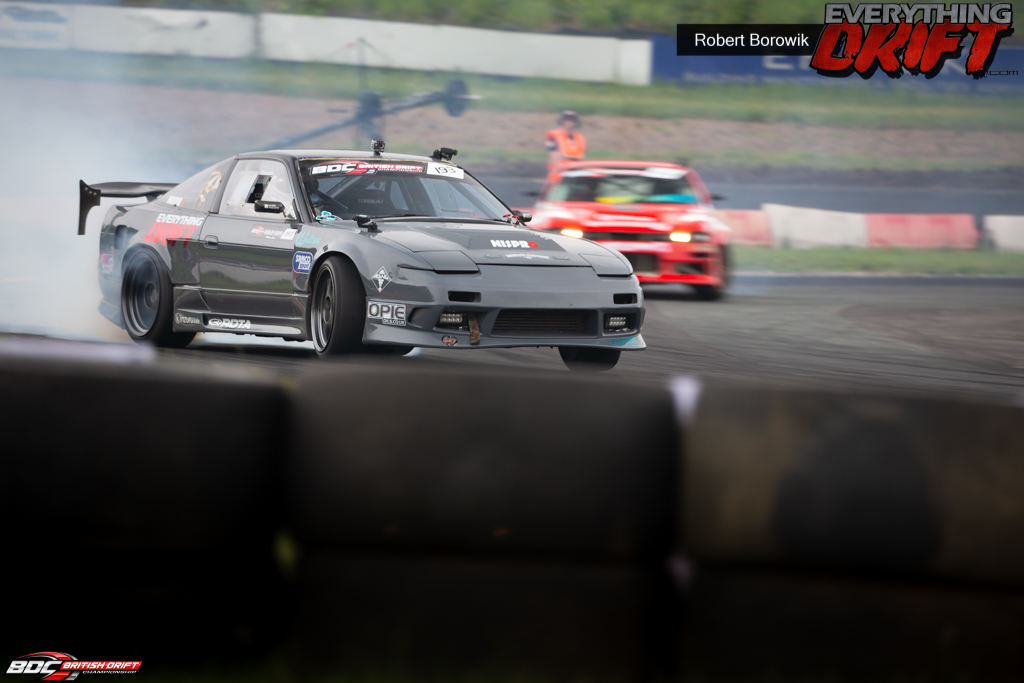 Now in the chase I lost a bit of ground on the run up but then caught up so much rounding the banking I had to get on the brakes losing momentum then had to catch up again. Through the inner section I was tidy but could have had better proximity. Over to two runs I took the win and moved forwards to the top 16. 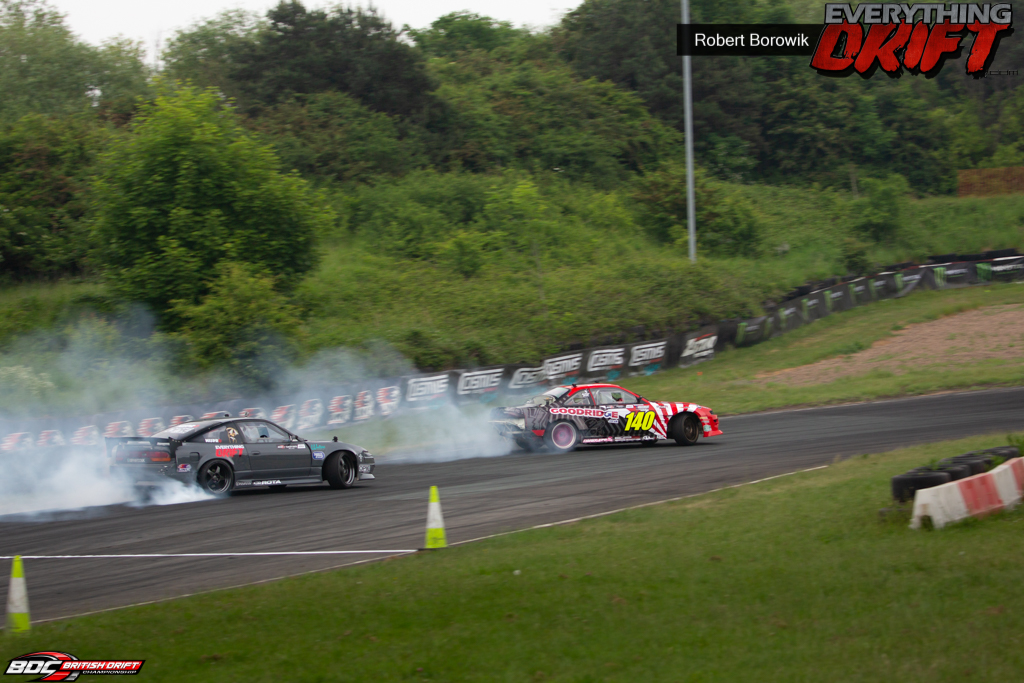 While waiting for my battle again Alistair Sutton it started to spit with rain but the battles happening were still creating smoke so not to worry, then the rain started to get heavier so I decided to lower my tyre pressure a bit. I was leading first, did my run up and initiation where the grip felt ok, after clip one there was nothing and slid wide and binned it in to the gravel 10-0 to Alistair, in hind sight I went in far too hot. 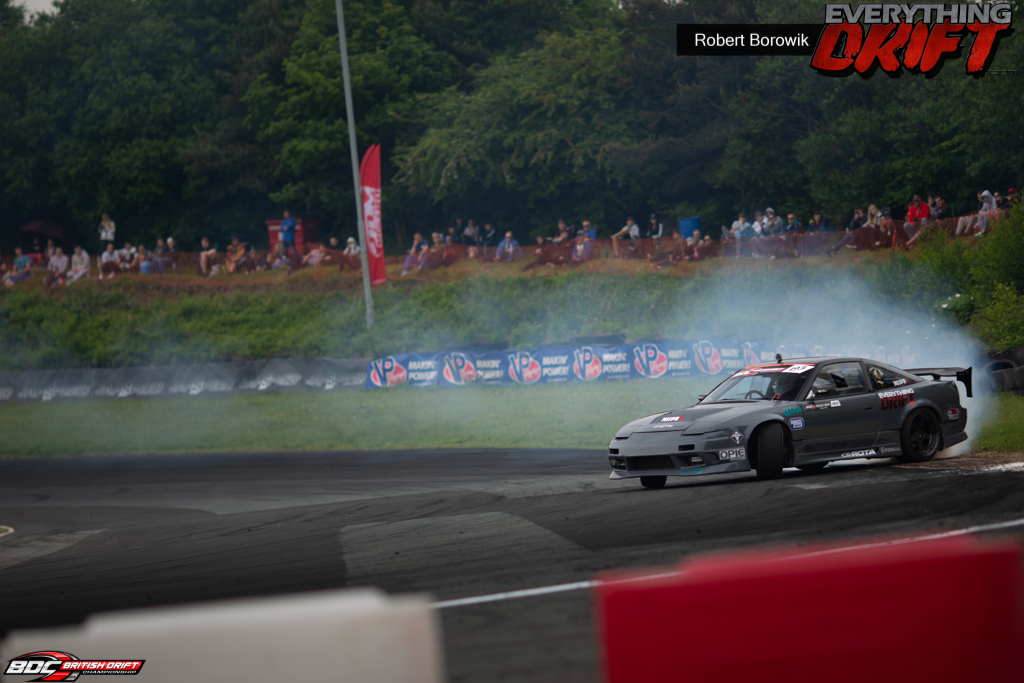 On to my chase and Alistair was massively slow on his run up compounding the fact that I just over cooked it on my lead. The run was ok other than dropping down low to start with on the bank just after clip one and having to get back up the banking by clip 2. The infield was ok but I clipped Alistair between 5 and 6 when he had a bit of a straighten. There was no coming back from binning it in the gravel so that was my weekend done. 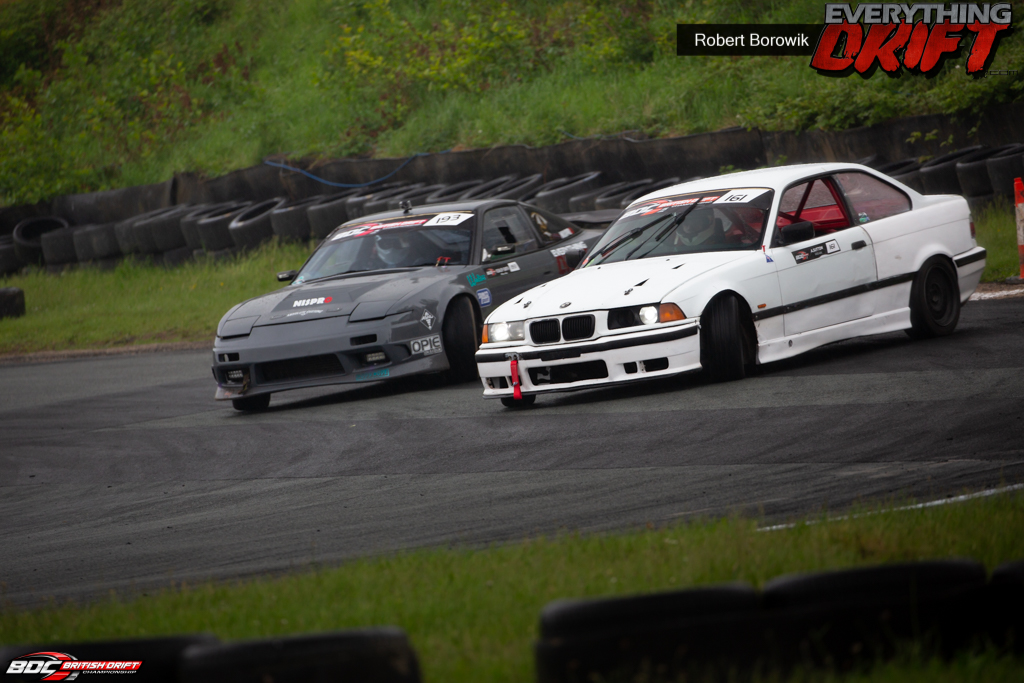 After two rounds finishing in the top 16, I’m now 6th in the Championship. The aim for Round 3 at Driftland is to make it in to the top 8 or higher. Thanks to all of my supporters and sponsors, including Nispro Performance, Opie Oils, Samco Sport, Absolute Customs, Walton Motorsport, Rota Wheels & ASNU Fuel Injection. 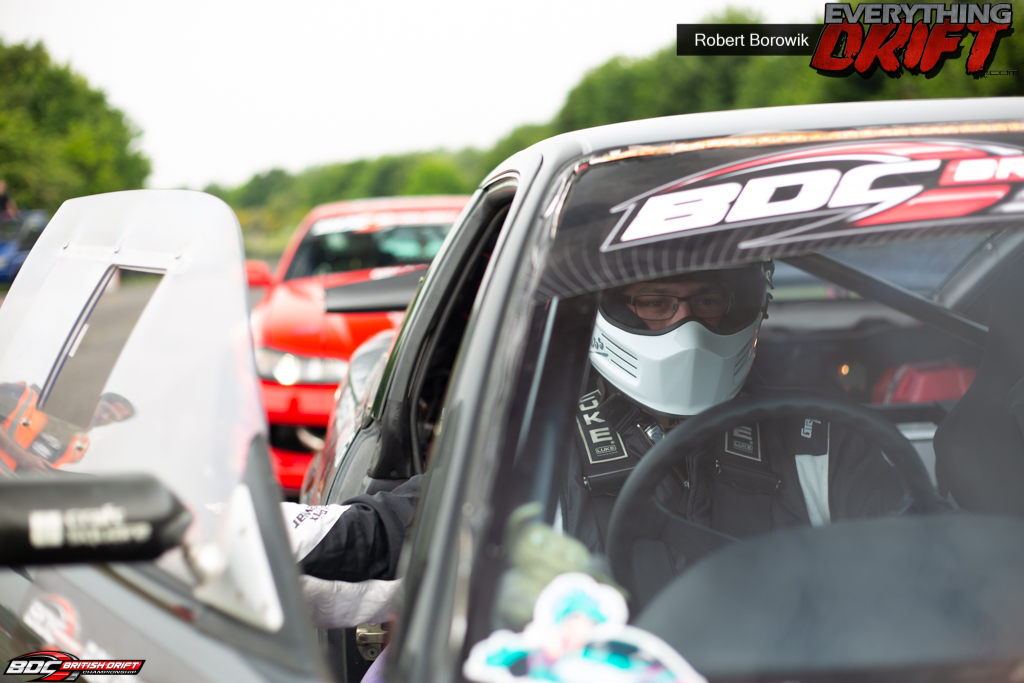