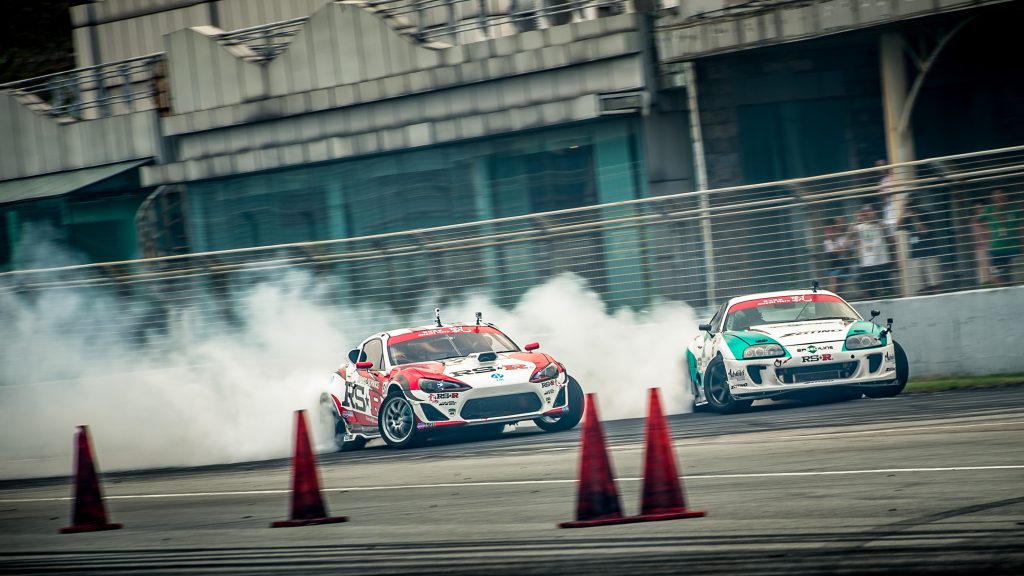 I’ve just got back from China and we brought home the 2017 Championship. Its a pretty surreal feeling and after 3 years competing over in China we finally managed to bring home the Championship. It wasn’t without drama and plenty of ups and downs though. Mechanical dramas, mis communication with the Chinese mechanics, crazy weather including Typhoons. you name it and we pretty well had to endure it. What a crazy year its been to say the least.

I tried a new avenue of sharing the adventure with all my fans and followers, I took my GoPros and captured as much footage as I could on and off the track. Editing every night and trying to upload the footage before I hoped back in the car each day. It was another challenge I put on myself but the enjoyment I get from sharing it with everyone is priceless. Here is the Link to my Video series from the recent Championship Winning trip. >> https://www.youtube.com/watch?v=8FreGgNe7Zc&index=1&list=PLQWls4DETwzNIFbEF-MmO3PD_6nHvuXDu&t=25s  END_OF_DOCUMENT_TOKEN_TO_BE_REPLACED

Jake Jones brand new Drift car is ready to take on the world. His 2011 E92 M3 running a Nissan GTR RB26 (RB28 tomei stroker) engine, creating 1000HP is sure to make your ears melt. Sit back, turn the speakers up and enjoy one of the most insane cars ever built in the World.

Just Car insurance are proud to announce their partnership with Jake DRIFTSQUID Jones for the 2015/2016 ADGP season. Having Just Car on board with the team as the Major sponsor this season is huge, not only are they the Major sponsor of the Australian Drifting GP (ADGP) series, they also see the huge potential Drifting has in Australia. The sport of drifting is rapidly growing within Australia and also sees local drivers now showcasing their skills internationally. This year, the DRIFTSQUID will be battling against Australia’s top Pro-Class drifters to take out the Australian Championship.

Drifting is an art form whereby extreme sport meets motor sport. It’s a judged Motorsport whereby drivers slide their cars through corners battling against each other trying to obtain as much sideways angle, speed and proximity to their competitor. “The sport of drifting is Australia’s most rapidly growing genre of motor sport with many fresh drivers entering into their local/state drift clubs and working their way up the ranks to eventually compete with the National Pro-Class drivers. The majority of drivers within this sport are young people who are into their cars and are all about building them with mates. We at Just Car Insurance are big supporters of growing the ADGP series in order to give these drivers a professional national series to aspire to compete in” said National Just Car Insurance Business Development manager Simon Jreige. “By us supporting the DRIFTSQUID, we are showing all current and future drifting fans/drivers the level of professionalism that this scene and series has become. Jake is a great role model for the scene and his driving skills combined with his level of professionalism should see him on the podium. Some of our core customers have an interest in this niche sport and this is just another way of us supporting what our customers love.”

This new partnership has secured Jake DRIFTSQUID Jones into the ADGP season and will be competing at all 4 rounds throughout 2015/16. Jake will also be competing in Local State G1 event and also WTAC this year in the Nissan Sonvia.

For the first time, an Australian may compete in the D1GP Japan.

Despite having some extremely talented drivers; no Australian has ever competed in the Japanese drift championship D1GP Japan. In December 2011 Jake “Driftsquid” Jones took a holiday to Tokyo and ended up being invited to drive a Team Orange Drift School car around Ebisu. Soon after he returned to Australia he was offered a drive in the Team Orange Subaru WRX at Round 1 of the 2012 D1GP Japan event known as Tokyo Drift in Odaiba, Japan. So how the hell did this 22 year old from Adelaide score the drive? We’ll let Jake tell the story.

So there I was, sitting in a meeting at the Design Centre in the headquarters of Yokohama Tyres Japan next to Kumakubo-San, the owner of Team Orange. I had no idea what they were all talking about. Then Kumakubo turns to me and says “You should come to Ebisu tomorrow”. I looked at Ian Baker, the CEO of World Time Attack and Hi Octane Racing, and he said “Yeah why not”. With no hesitation I said “Let’s do it. I would love to come and watch”. Kumakubo looks at me and laughed “Watch?” he said smiling, “You’re going to drive!”. Haha alright now this is insane!! I was in Lala Land for the rest of the afternoon. I wanted tomorrow to arrive sooner. END_OF_DOCUMENT_TOKEN_TO_BE_REPLACED