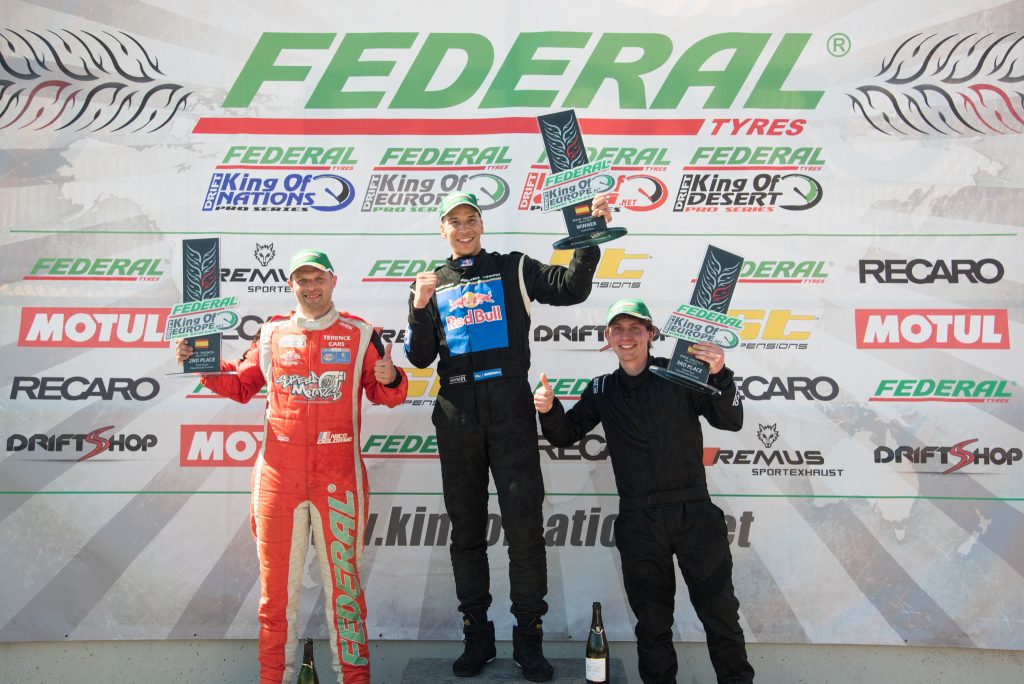 Round 2 of the Federal Tyres King of Europe series took place under the scorching Spanish sun at the unique street layout for the 2017 season at Valencia Circuit. Having used two layouts on the track in previous years, this custom course provided the opportunity to make the task for the drivers even more challenging.

As the competition got tougher than ever, some of the most intense battles we’ve witnessed along with varied uneven surfaces provided drivers with the ultimate test – leaving the thousands of spectators on the edge of their seats.

It didn’t stop current King of Nations Champion Nicolas Delorme showing that he’s here to fight for the top European spot this year during qualification with a score of 90.75. His incredible runs saw him achieve the highest attack speed at 106km/h along with highest line and show points of the day. END_OF_DOCUMENT_TOKEN_TO_BE_REPLACED 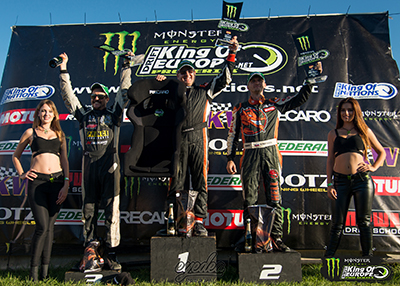 19th of September, Valencia, Spain
The Monster Energy King of Europe Drift ProSeries has returned to Spanish soil exactly one year since the final battle of 2014, which was held on the same race track in Valencia, the Circuit Ricardo Tormo. Back then, Vaughn Gittin Jr. took 1st overall in the race, with Francesco Conti in 2nd and Bartosz Stolarski in 3rd, while Adam Kerenyi managed to get a historical third European title under his name. Now nearing the end of the 2015 season, after races in France, Poland, Austria, the United Kingdom and Hungary, drivers knew that Spain would be an important step in chasing down this year’s title. Using the exact same layout as 2014, drivers started rolling out for practice early in the morning, with just a few hours of seat time before the start of the qualifying session. The lineup for today had a good mix of local top Spanish drivers and some of the finest pro drifters in Europe and around, coming from countries like Hungary, Romania, Slovakia, France, Italy, Portugal, Germany, the Netherlands, Switzerland, the United Kingdom , Israel and even Argentina.

It came as no surprise that Adam Kerenyi was once again the top qualifier, with a total of 92,92 points, as Calin Ciortan followed closely behind with 91.03 points. Norbert Kovacik was 3rd overall, with Adam Frank and 4th, and a surprising P5 by French driver Eddy Laissue. Surprisingly enough, Arnau Gomez was the only Spanish driver inside the Top10, in 6th to be more precise, as Baggsy took 7th , Monteverde took 8th, Mota in 9th and Eli Hountondji in 10th. Drivers were all fired up even in the Top32, and everyone was giving it all they had out on the track, with the Spanish fans also getting very enthusiastic after each and every run. Top ranking Pro Series driver Szilveszter Gyorgy was knocked out by Nicolas Maunoir, which came as a huge surprise to everyone. END_OF_DOCUMENT_TOKEN_TO_BE_REPLACED