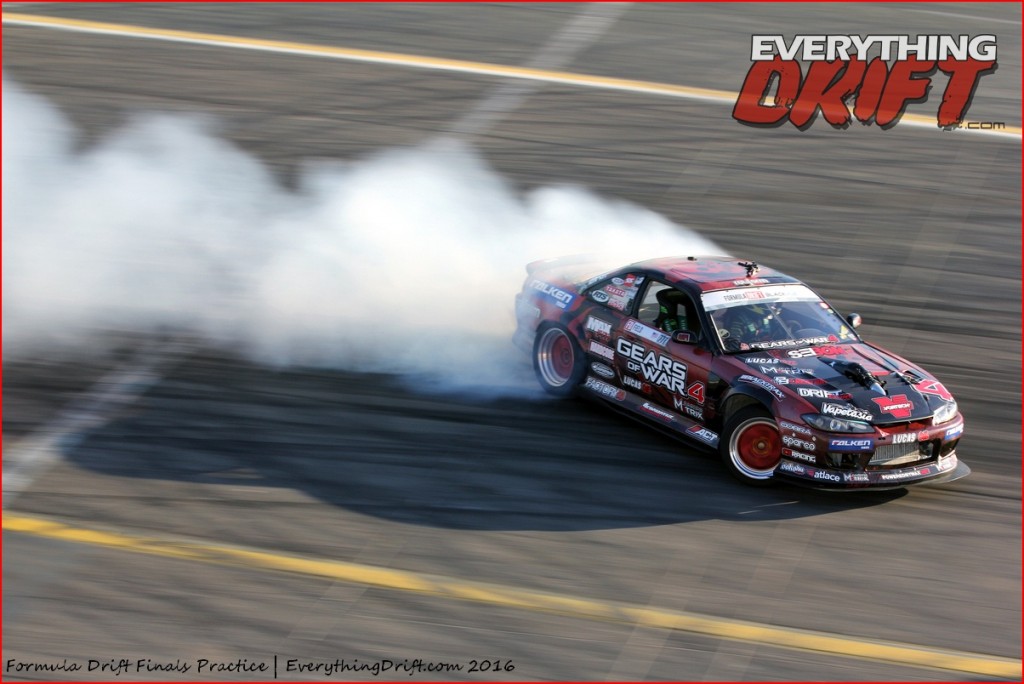 IRWINDALE, CA  – Team Falken drivers Matt Field and Dai Yoshihara took the top spots on the podium at The Irwindale Event Center in the eighth round of the 2016 Formula Drift Championship. This marks Field’s second consecutive first-place win and Falken’s third consecutive event wins, following Field’s first-place win at Texas Motor Speedway in September and Aurimas “Odi” Bakchis’ win at Evergeen Speedway in August. This is also Falken’s fourth consecutive visit to the podium this season, allowing the tire brand to win the Tire Manufacturer Championship for the 2016 season.“The Falken team couldn’t be more excited for Field and Yoshihara,” said Steve Wong, Supervisor, Motorsports and Events for Falken. “We knew our drivers and tires had the skills and talent to take Falken to the top this season.  With Matt and Dai’s wins, and our fourth straight trip to the podium, we are so happy to have won the Tire Manufacturer Championship for this season.”Field praised the performance of his Falken tires and team as he celebrated his second consecutive victory.“Coming off a win in Texas we knew we had to re-focus and re-group so that we could come at Irwindale hard,” said Field. “With this being the final round, we knew we had to perform our best. Between the team and the RT615K tires on my car, we had what we needed to bring the big win home for Team Falken.”Field’s win keeps him in 5th place in the championship rankings, just behind teammate Odi Bakchis in 4th place. Dai Yoshihara moves into 6th and Tyler McQuarrie remains in 10th, which rounds out the Falken drivers in the top 10 of the championship standings after this weekend’s final event.“It’s been a great weekend and season for Falken Tires,” Jonathon Bradford, Motorsports & Events Manager for Falken. “We have had some incredible talent on the track this year, pairing that with our precision tires, Falken clearly had a winning combination. We look forward to another great season in 2017.”

One thought on “MATT FIELD AND DAI YOSHIHARA WIN FIRST AND SECOND PLACE WITH TEAM FALKEN AT 2016 FORMULA D IN IRWINDALE, CALIFORNIA”