Wow, what a day it was at DriftCup Round 3 at Rockingham Motor Speedway. The track was so awesome with the layout promoting close proximity. 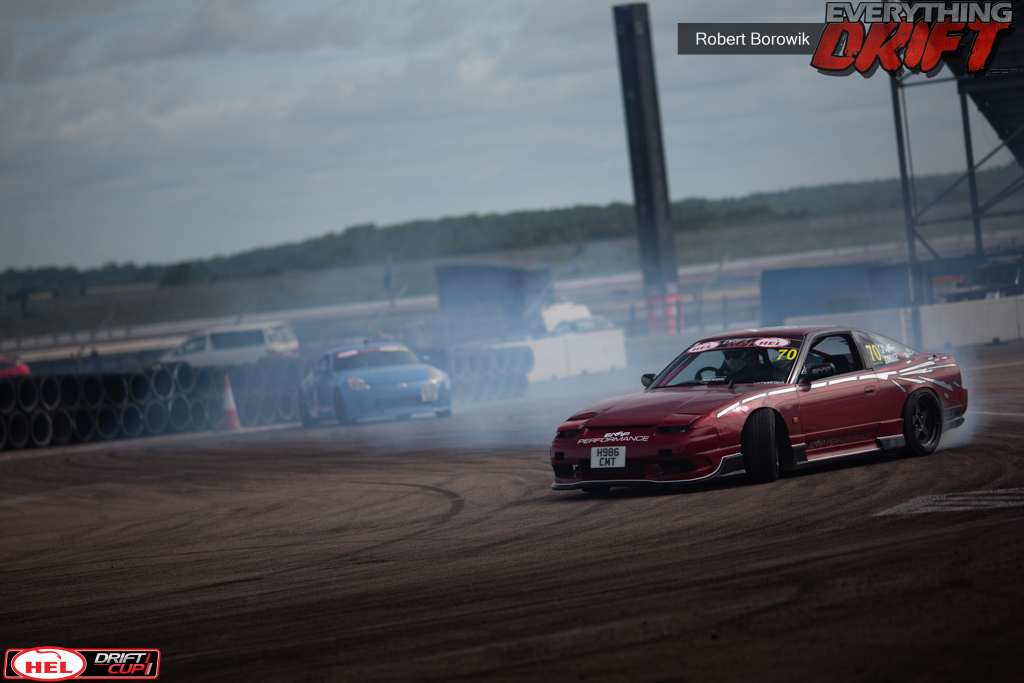 I went into this round with a positive head on and was determined to get a podium, it had been my goal since I started competing last year. 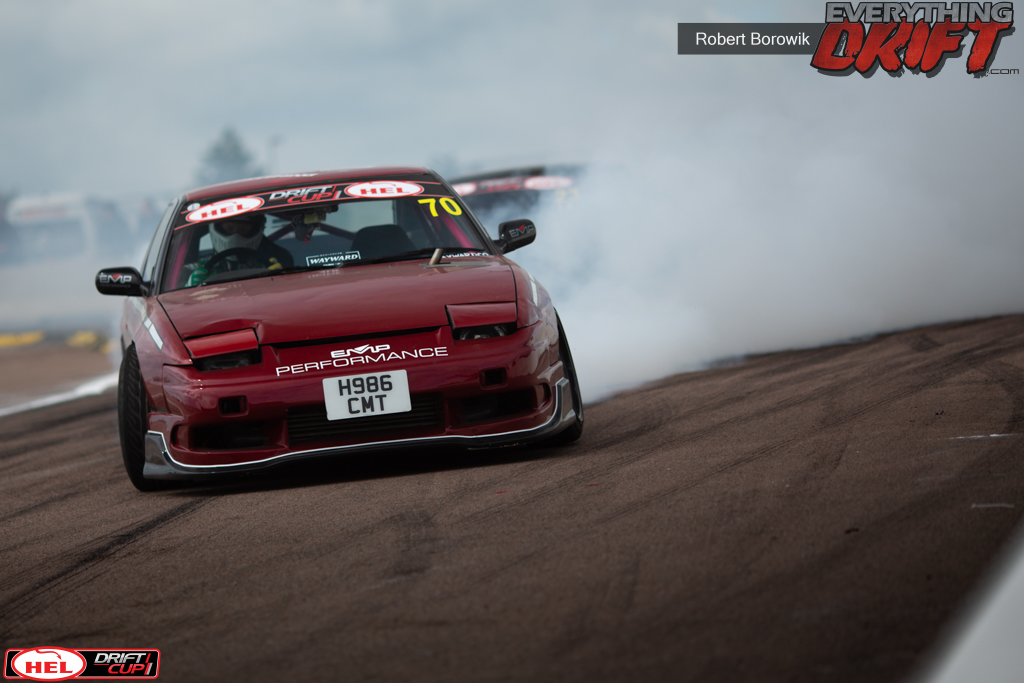 By the end of the practice session I was feeling confident as the track suited my driving and I could chase people closely throughout the run. 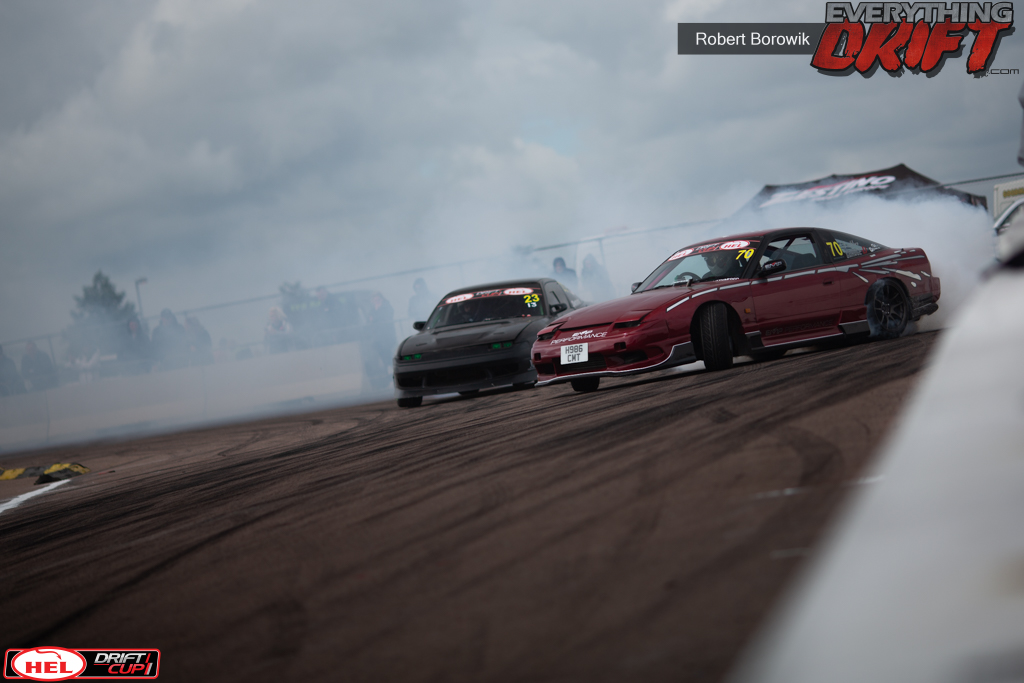 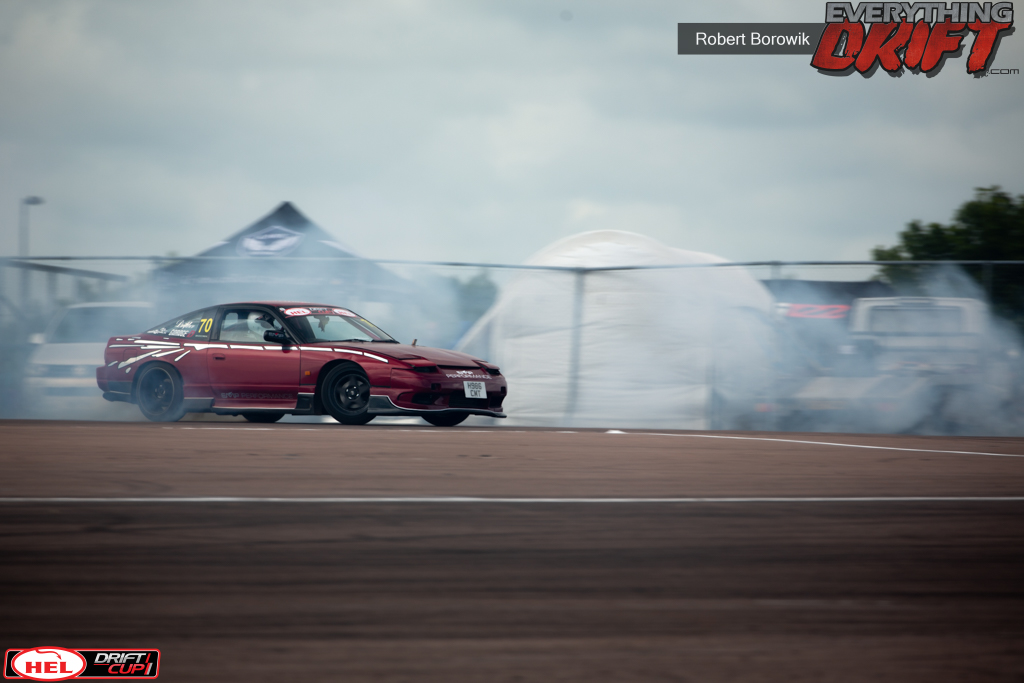 I went into qualifying and wanted to put on a show so tried to throw the biggest entry I could, it almost paid off but had a small correction which made me miss clip 2 so I knew I could improve on the second run. 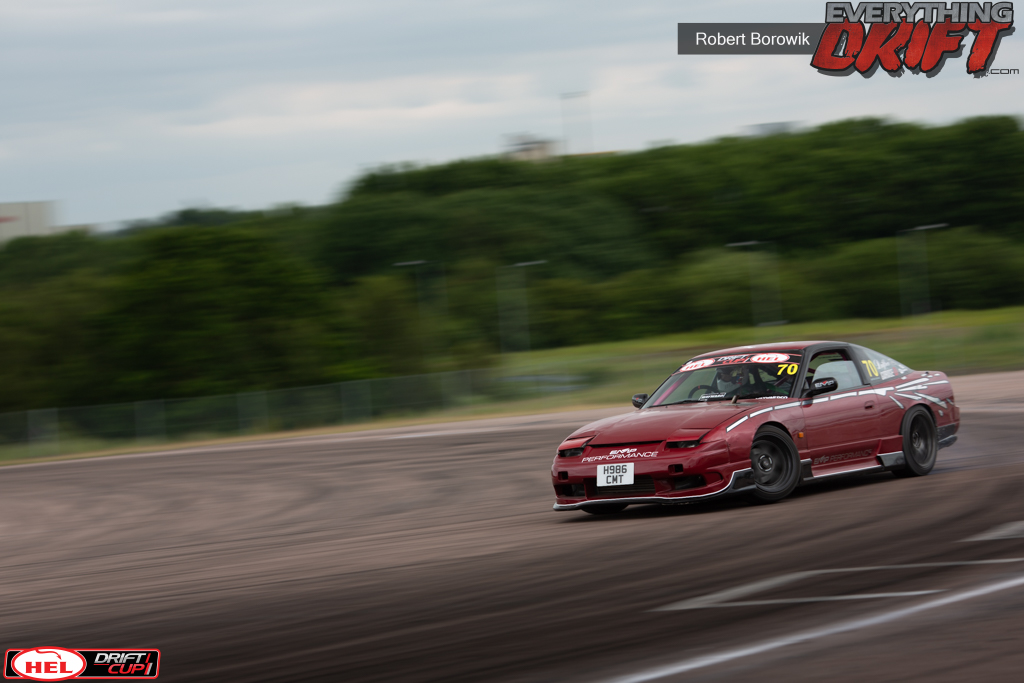 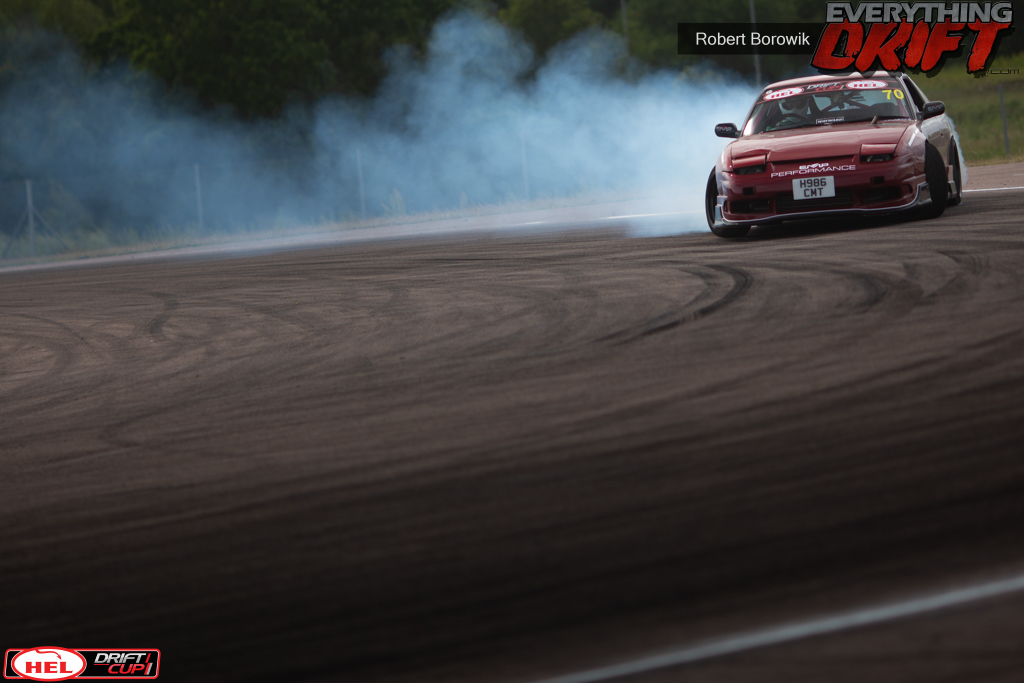 I gave it my all on the second attempt, resulting in 17th place in qualifying. 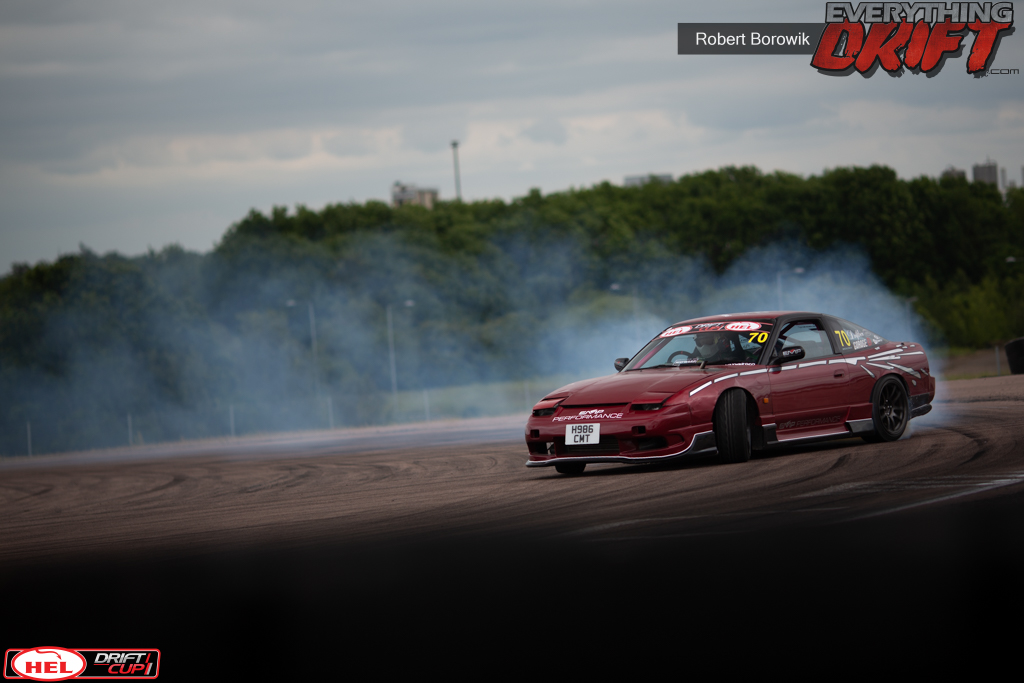 My first battle was against Will Smith in his amazing 1JZ S13, he made a mistake on entry which caused a spin and close call for us both, he then put in a good chase run following me but I got the win on this occasion. 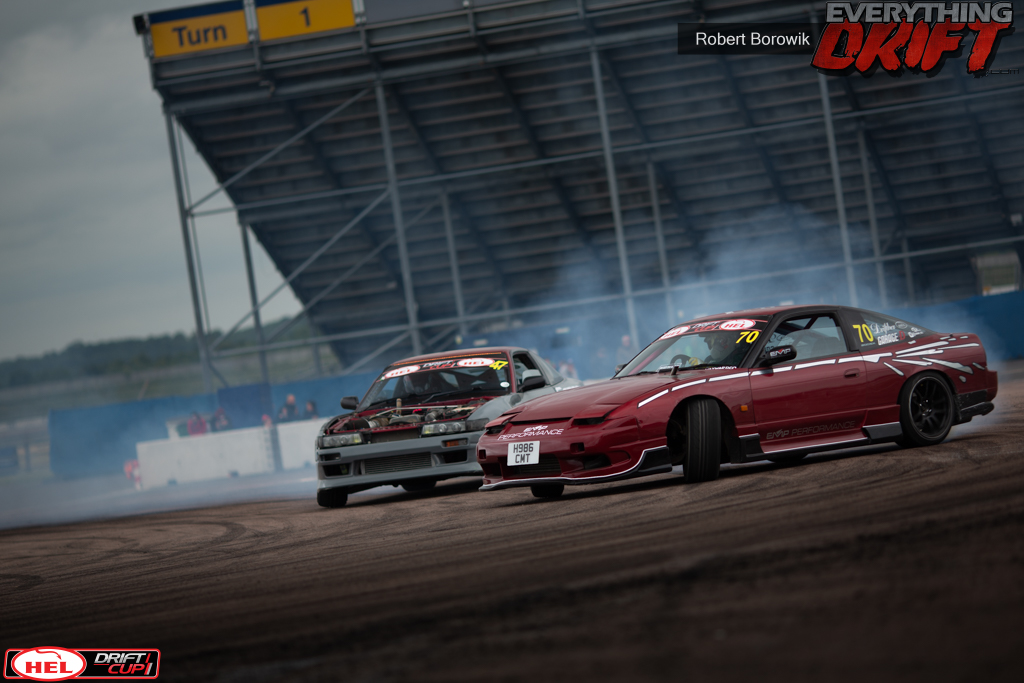 Next in Top 16 I had Matt Roberts in his NOS M3 powered E36 I lead first and he made a mistake behind, we swapped over and I put in a decent chase but made a mistake and span on transition so it went for a One More Time. 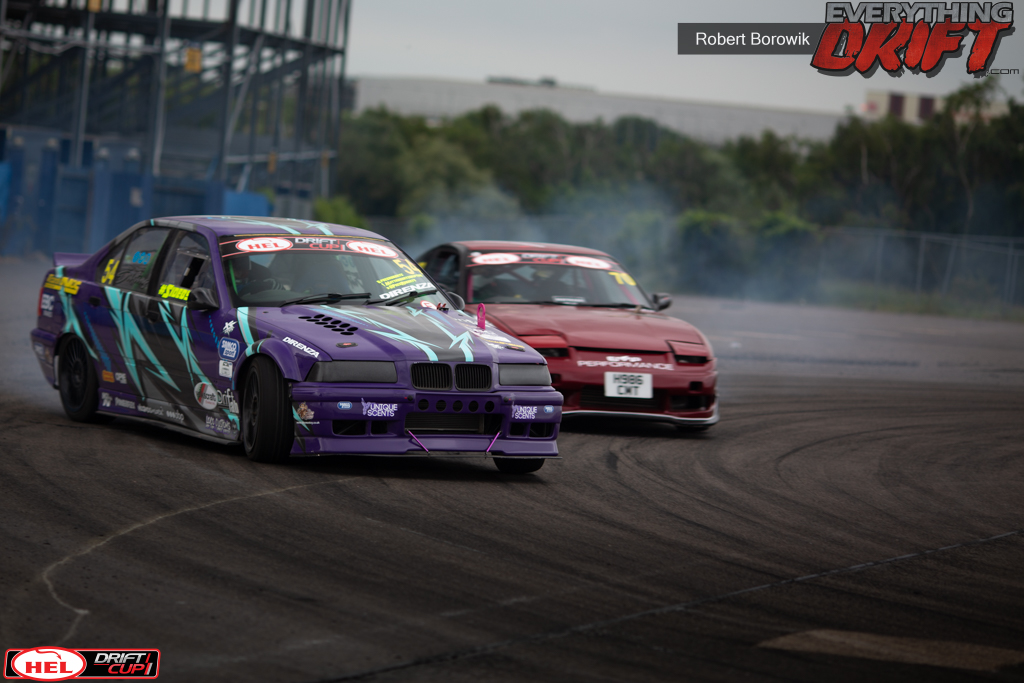 One the One More Time we both had good runs but I managed to take the win and advance into the Top 8. 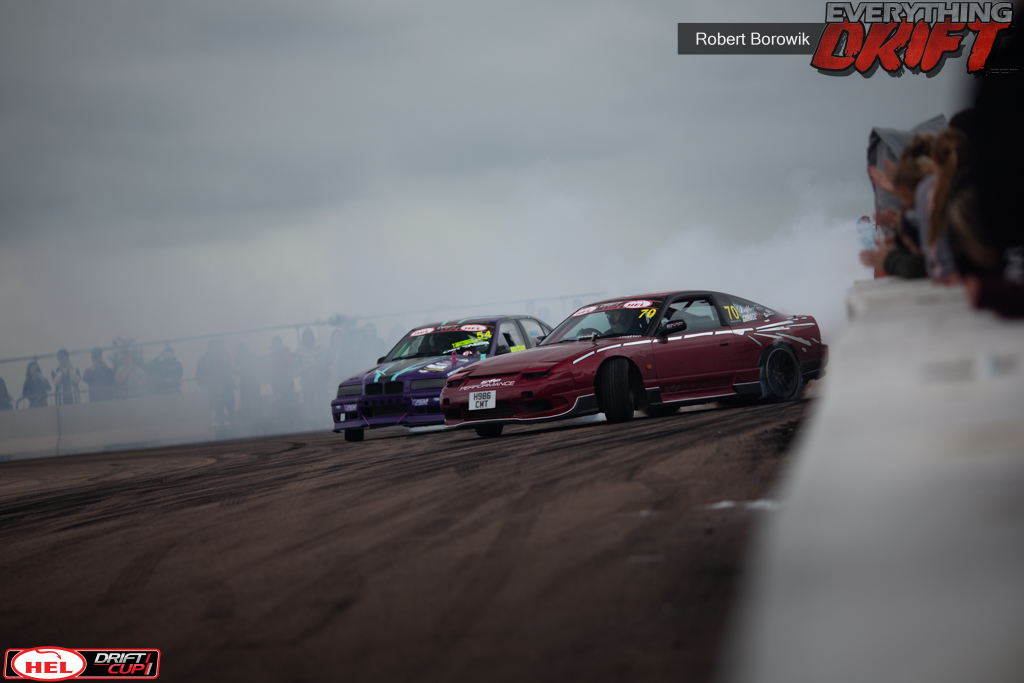 Next up was Frazer Jamieson in his BMW E36, literally run after run it was door on door, one of the best battles I’ve had. We went One More Time and I done had a great chase run, just stuck it on the door and came away with some battle scars. 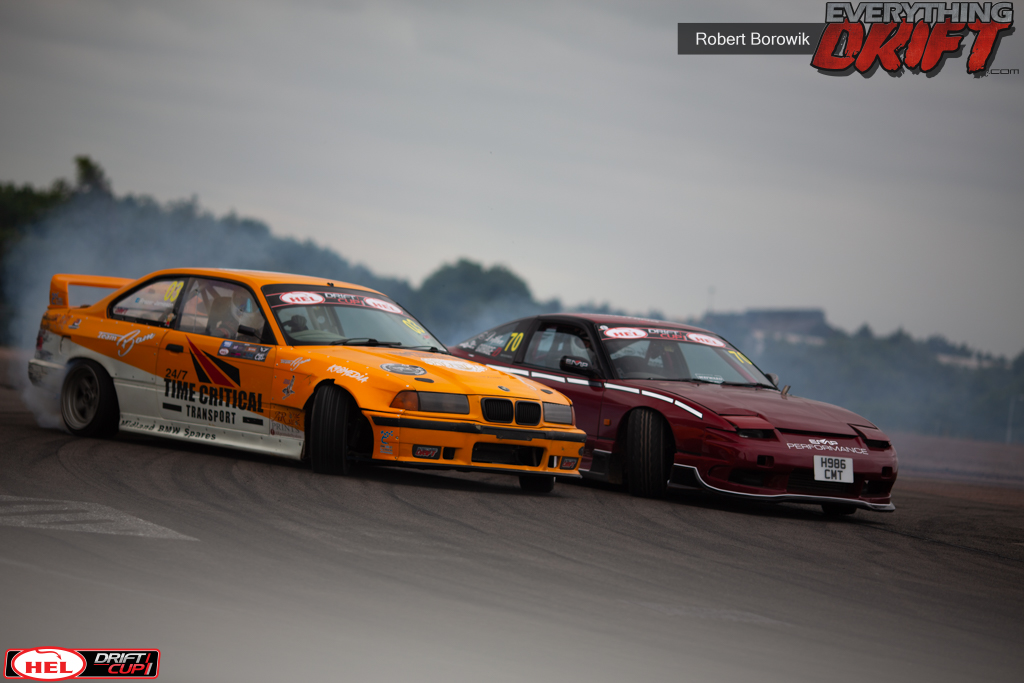 I think we had both worn the tyres completely and on his chase run there was a slight gap which gave me the win, was such a hard fought battle. 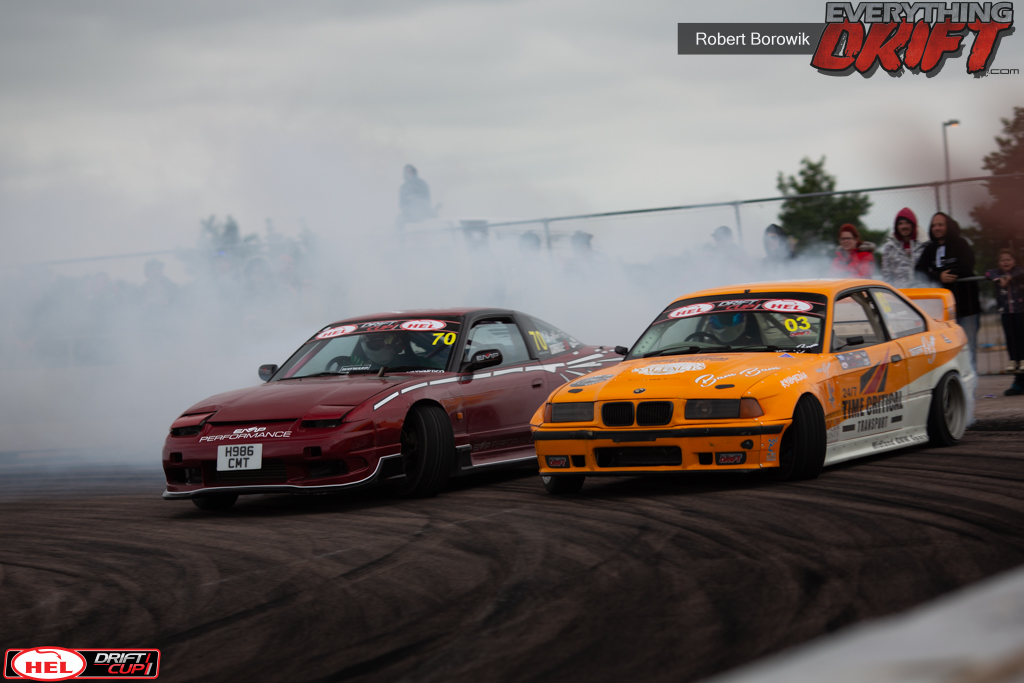 I lined up against Mr Danny Mcguire in my Top 4 battle, I knew how fast his R34 Skyline was so knew I couldn’t give him any room. I chased him into turn 1 and his car understeered and washed wide off track, I overtook and he then chased me throughout the rest of the run, sticking it on me the whole way round. The sound his car make when only a few inches from your door is immense! 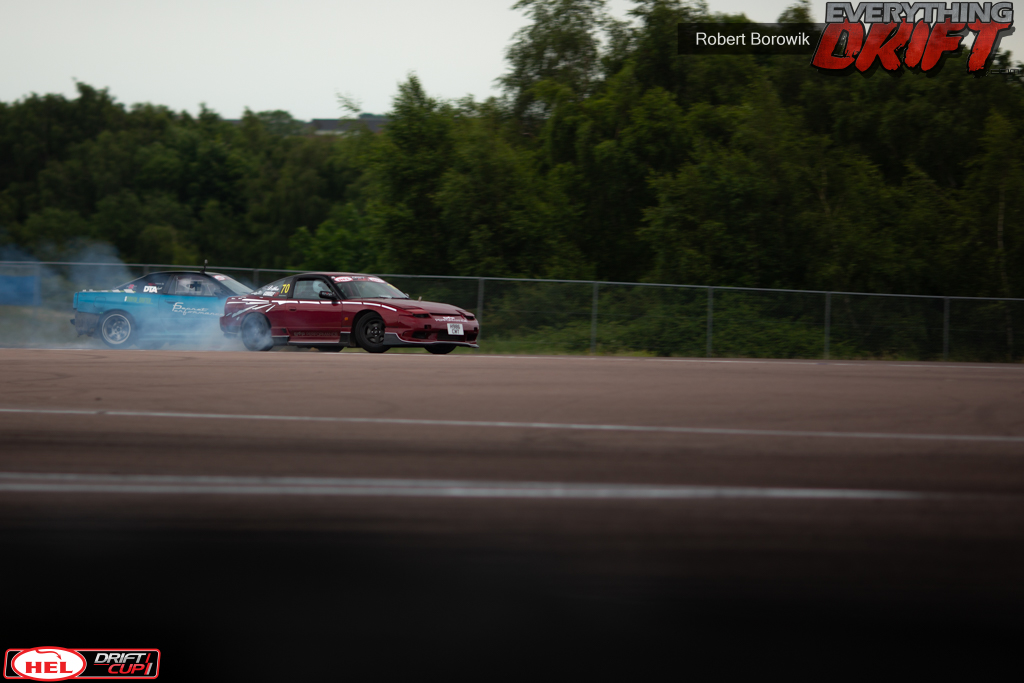 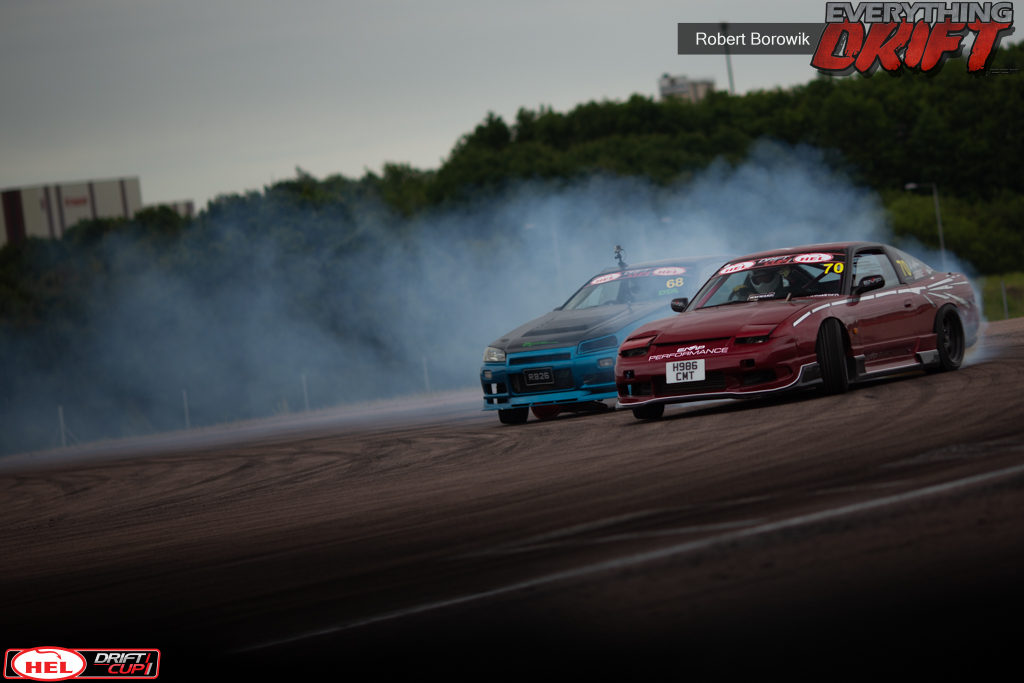 I had made it into the final with the one and only Dave Bastin, when we found out we were both in the final we couldn’t be happier literally smiling from the start all the way to the finish, his awesome SR powered 86 was just too fast for me and I could not keep up, he then followed me and just pushed and mirrored everything I done, after his follow I knew he had it but couldn’t of lost to a better person. 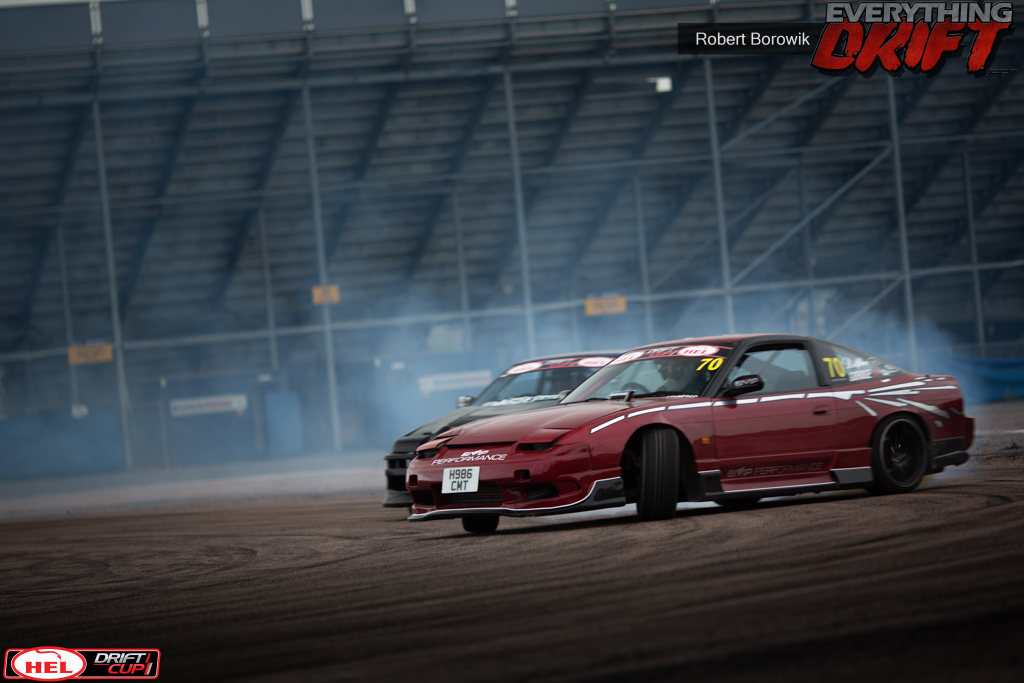 Now to get the car fixed and and my head ready for the next round at Teeside and aim for top spot. 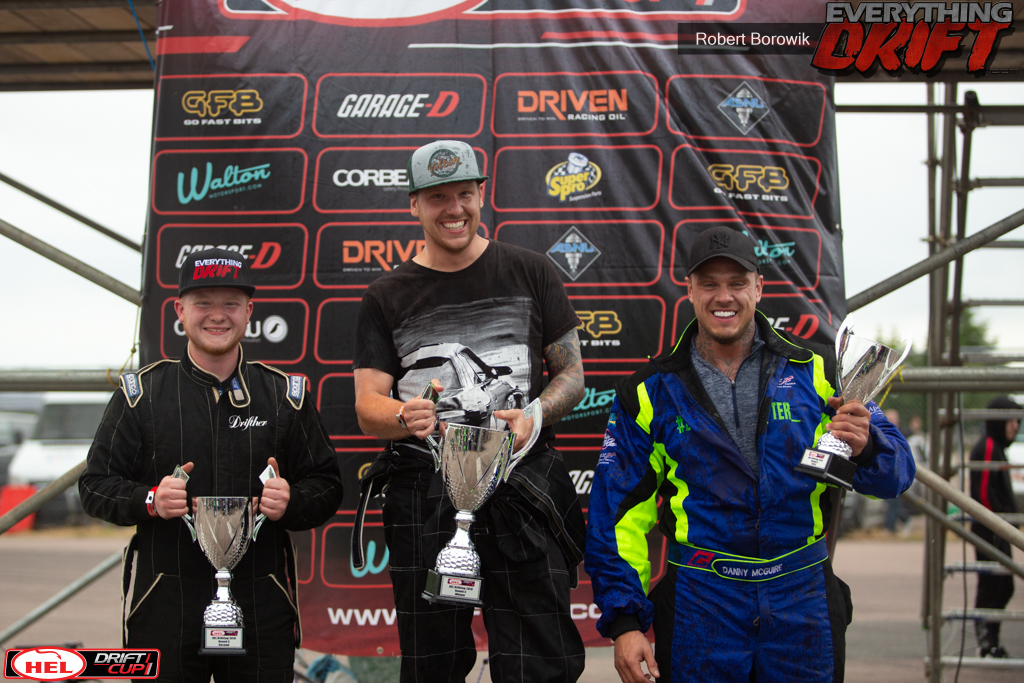 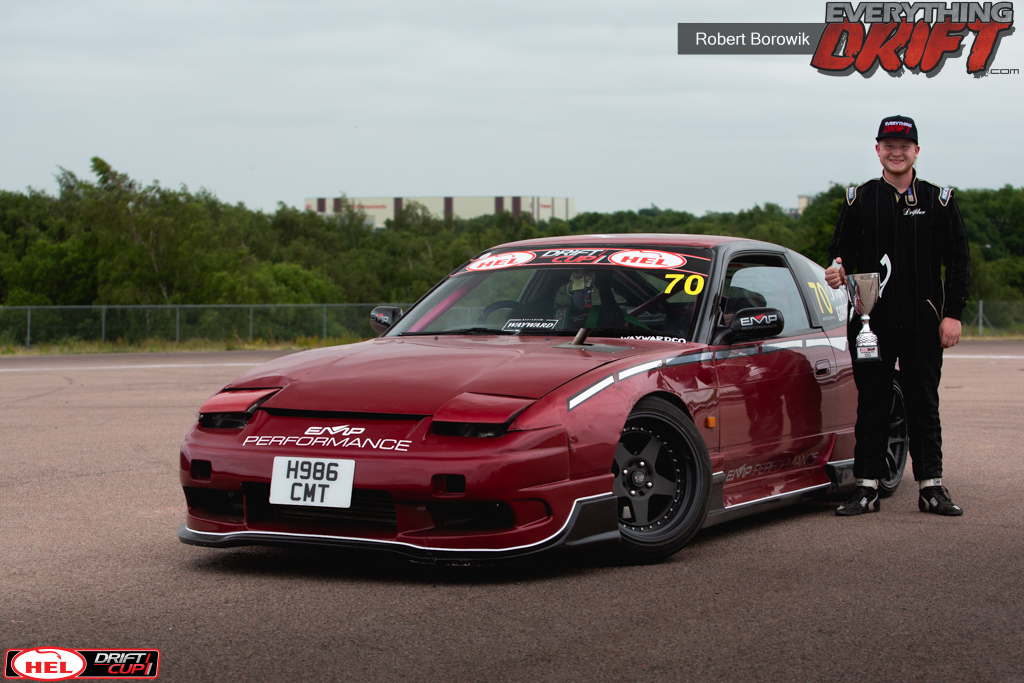