Long Beach, Calif.  July 19, 2014 - Formula DRIFT returned to Evergreen Speedway in Monroe, WA for Round 5: Throwdown. Darren McNamara in the Falken Tire Nissan S14 takes his first victory of the season.Round 5: Throwdown held at Evergreen Speedway showcased intense competition throughout the weekend. The weather held up for the capacity crowd as they were entertained by the action on track, the open paddock and Offset Kings car show.The competition has tightened up with only two events remaining this season, says Jim Liaw, President of Formula DRIFT. We can expect the final two rounds of the season to be as intense as ever. The drivers will be battling for every point possible. END_OF_DOCUMENT_TOKEN_TO_BE_REPLACED 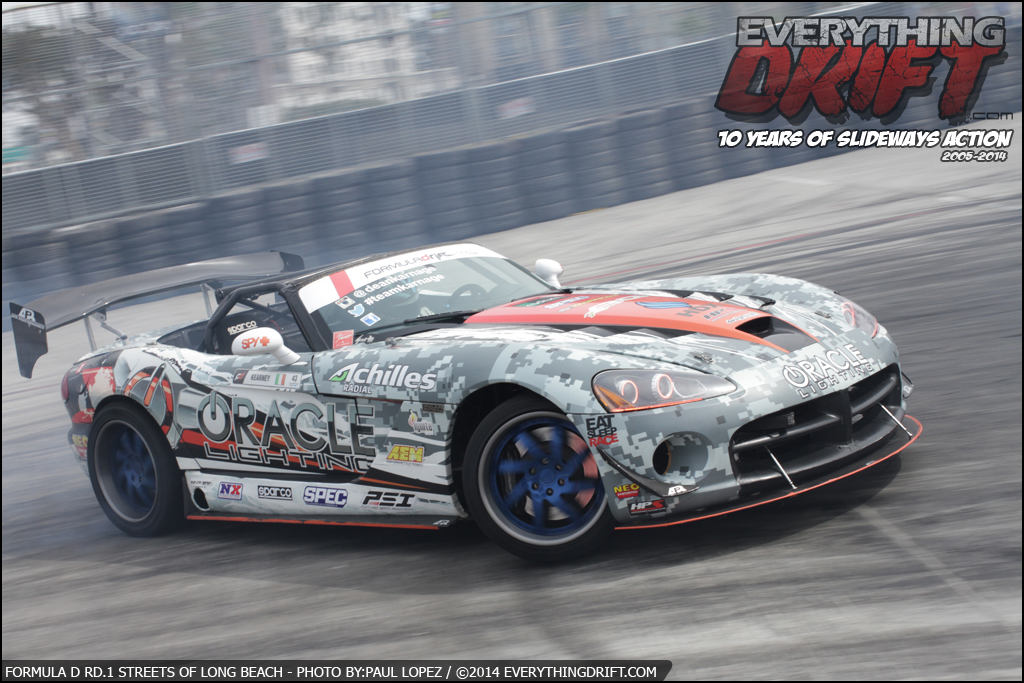 In 2012, MG Crash Repairs successfully won the final Prodrift championship. MG Crash Repairs will return to a full season of competition in the Irish Drifting Championship, Bringing in 2009 ProDrift Super Series champion and Dean Kearney to pilot their Nissan S15.

MG Crash Repairs competed in select drifting events in 2013 in Ireland and the UK with Team owner/operator Mark Gaffney behind the wheel of the S15. MG Crash Repairs took the top two spots at the final ProDrift event ever back in 2012 when Brendan Stone clinched his championship in an S15 while Dai Yoshihara drove a Toyota Altezza to a second place finish. With the new season just days away MG Crash repairs have announced it will be back to fight for a championship with Dean “Karnage” Kearney behind the wheel of the 550hp RB26-powered car and the help of some great partners coming on board, including Chambers Performance, Mechanic mobile.net and City Auto Components.
END_OF_DOCUMENT_TOKEN_TO_BE_REPLACED