2011 Formula Drift Qualifying Photos are now up from this past weekends activities at the “The Final Fight” in Irwindale California at “The House Of Drift”.  Check out this shot of Sam Hubinette showing why he qualified 1st.  Click the header pic or here for the gallery from Friday.  Photos from our man Paul Lopez 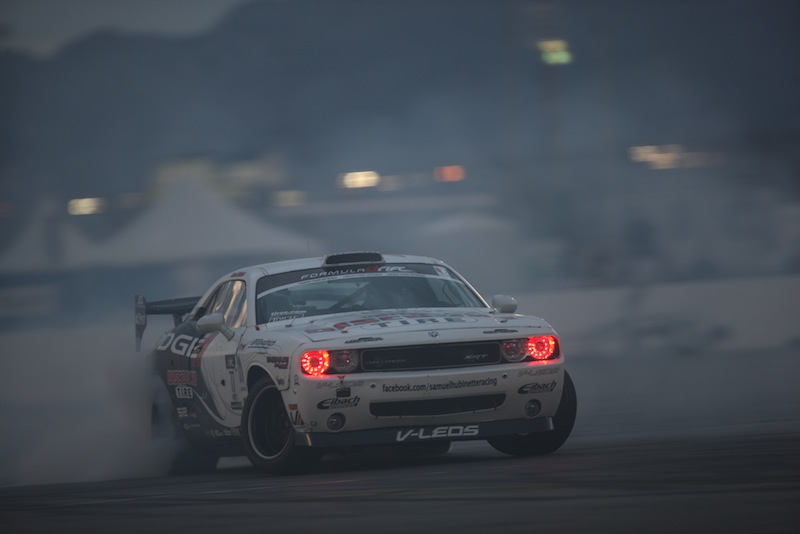 END_OF_DOCUMENT_TOKEN_TO_BE_REPLACED

We are giving away an autographed DVD on our Facebook.com fanpage right now.  Want a free autographed DVD from Sam Hubinette? Drift Ya Later is a very dope DVD filled with Cars, 70’s Shorts and lots of random stunts.  Thank you to Sam for the DVD and if you want to try your luck.  Go to our fanpage.  Like us and respond to the posting!  www.Facebook.com/EverythingDrift Good Luck to those that try!!

If you dont win or want to try and just want to buy the DVD.  Click here…

I’m happy to announce that Kenneth Moen will once again be behind he wheel of the SHR Dodge Challenger as a special guest driver for the next Formula Drift round at Evergreen Speedway Monroe, WA on July 22 – 23. Moen is incredibly talented and put in a respectable showing at New Jersey. I’m excited to see how he performs in his second event.

As with New Jersey, Kenneth will be driving at Evergeen so that I may continue to pursue the TORC off-road PRO Light division Championship for Ram, Mopar and BF Goodrich.

Dean Kearney will stay in the SHR-V-LEDS Dodge Viper, continuing to represent the majority of SHR sponsors as well.

Hübinette still gained some encouragement from the weekend, as his new SHR driver, Dean Kearney, qualified for the show at Long Beach in his Mopar-powered SHR Dodge Viper SRT10. Kearney qualified No. 28 and fell in the opening round to Rhys Millen.

“One of the two SHR/Dodge race vehicles made it in to the show at Long Beach,” said Hübinette. “Due to a mechanical problem with the Challenger it was not able to get out on time for the qualification runs on Friday. I’m very disappointed to not make it into the show, but at the same time I’m happy that my driver Dean Kearney qualified in his SHR V-LEDs Dodge Viper. We’ll head to Atlanta for Round 2, where I will get my chance to grab some very important points for my chase for a third championship.”

Next up is the Round Two Formula DRIFT event at Road Atlanta in Braselton, Ga., May 6–7. For more information, visit http://www.formulad.com.