The ACP-NOS-BFGoodrich team was in Irwindale, California testing on Tuesday, attended also by a large media audience who were treated to rides on the practice course. “Overall, I am very excited and having fun getting back into racing mode,” said Hübinette. “It was a good day testing today to iron out the car, and I felt comfortable very quickly.”

Hübinette is among a handful of top drivers from around the world invited to compete in the prestigious action-sports contest, held July 29 to August 1, 2010. He will pilot a 2008 Mitsubishi Evolution X built by teammate Andrew Comrie-Picard, himself a four-time X Games competitor.

The team has chosen to run BFGoodrich gravel tires, which have won 11 medals in four years of X Games rally competition. “I am very impressed with the amount of grip from the BFG tires, especially in corners!” Sparco also joins the team in supporting their racing efforts this weekend.

The new discipline of SuperRally joins Rally Car Racing, already in its fifth year at X Games, on Saturday night of the four-day event at the Los Angeles Coliseum. The SuperRally format is based on the wildly popular European sport of rallycross, and features multiple drivers hitting the course at once for a big-air, big-action race.
Although new to X Games, Hübinette is no stranger to the low friction surface of a dirt course or to catching air over the thrilling jumps of rally cross. “I got my first competitive license when I was 16 for junior rallycross in Sweden and raced a Volvo 142, so it feels great to get back to that sport and also begin a new era in my career.”

The X Games is the premier action sports event on the globe, featuring athletes competing for medals and prize money in sports including BMX Freestyle, Moto X, Skateboard, and Rally. 2010 marks the 16th anniversary of the high-profile contest. The Rally Car discipline is a hit in the X Games format, consistently setting among the highest television ratings of the four-day action sports event.

Following X Games, fans can watch Hübinette in action in Formula DRIFT competition at Las Vegas Speedway August 20-21 for round five in the series. He is taking on a new role as team owner this season, while also making a bid for the title as a driver in a factory-backed Dodge Challenger. X Games Rally Car Racing teammate Andrew Comrie-Picard competes alongside Hübinette in the drifting series, in the SHR Dodge Viper. The full list of athletes invited to compete at X Games 16 is available at www.espn.go.com/action/xgames/news/story 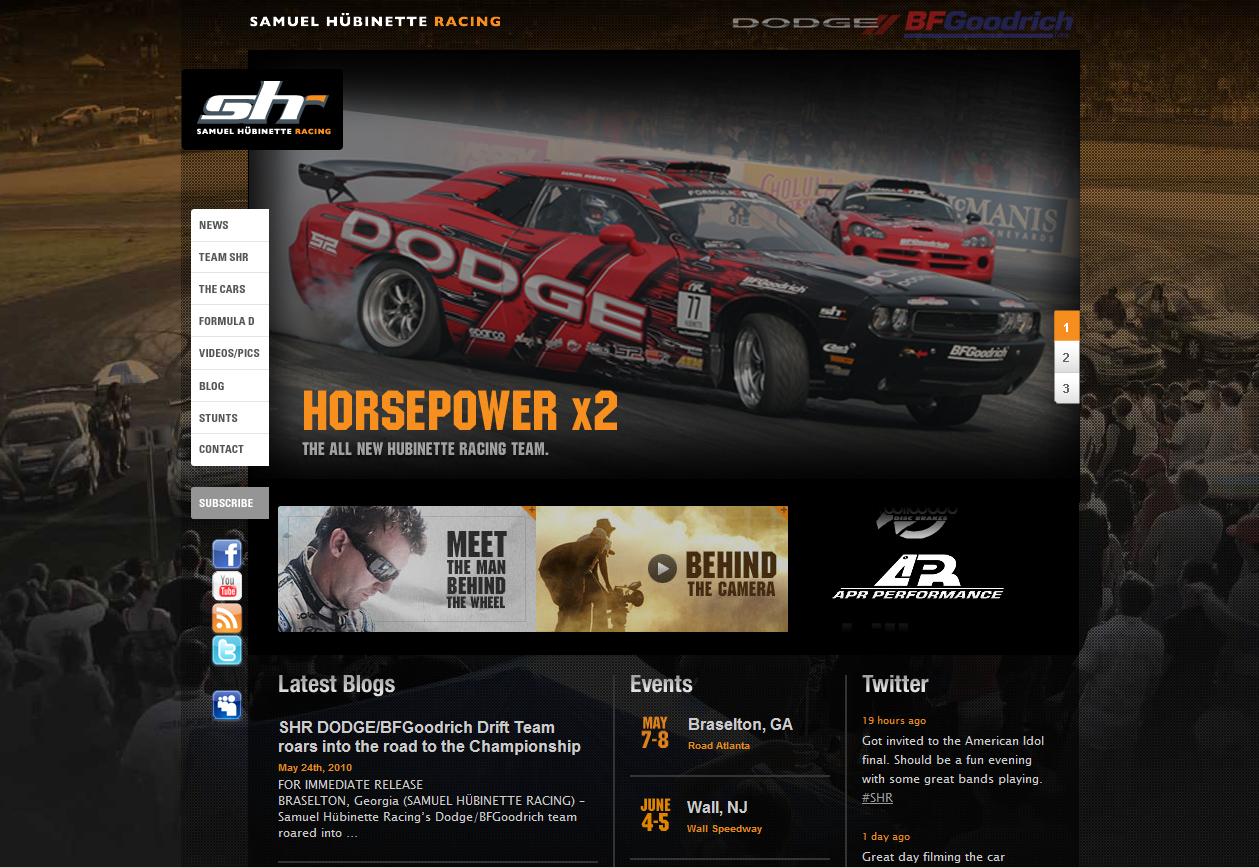 Sam Hubinette has launched a new blog site off his current site.  This will keep you up to date with his current ongoings and the Sam Hubinette Race team.  Check it out by going to his site…  http://www.hubinetteracing.com/shr/