The final driver that we are following in the 2018 HEL Performance Driftcup is James Moore, a first time competitor to the series in his Nissan S14. 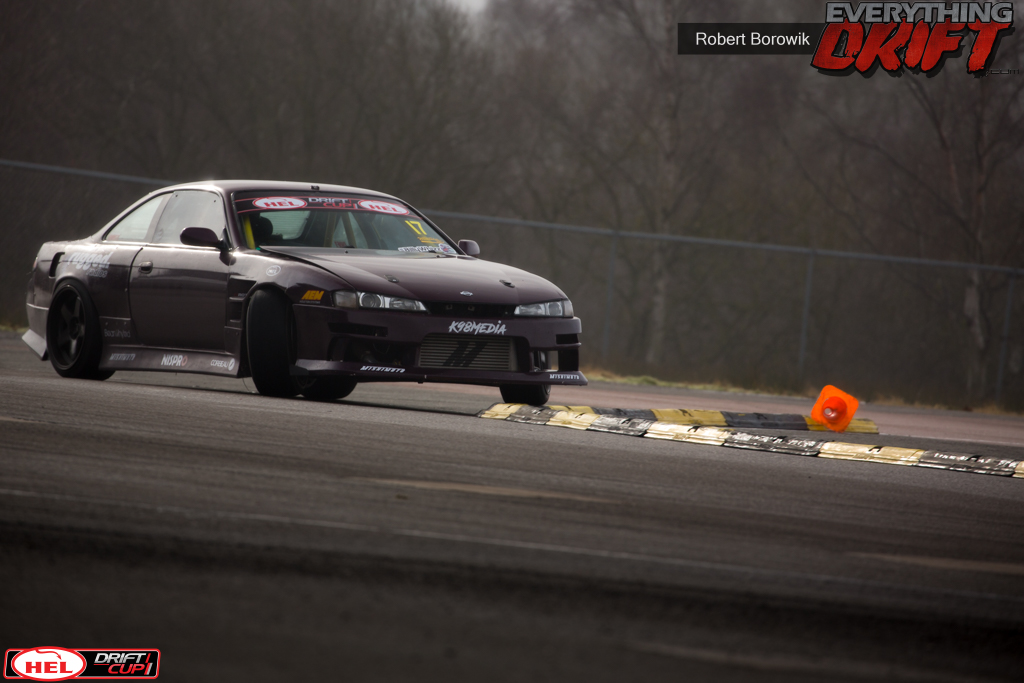 After a long night before the event getting everything ready, I awoke to my alarm at 5am. There was still plenty to do but I headed to the track anyway, arriving at 8am to setup the pit area. 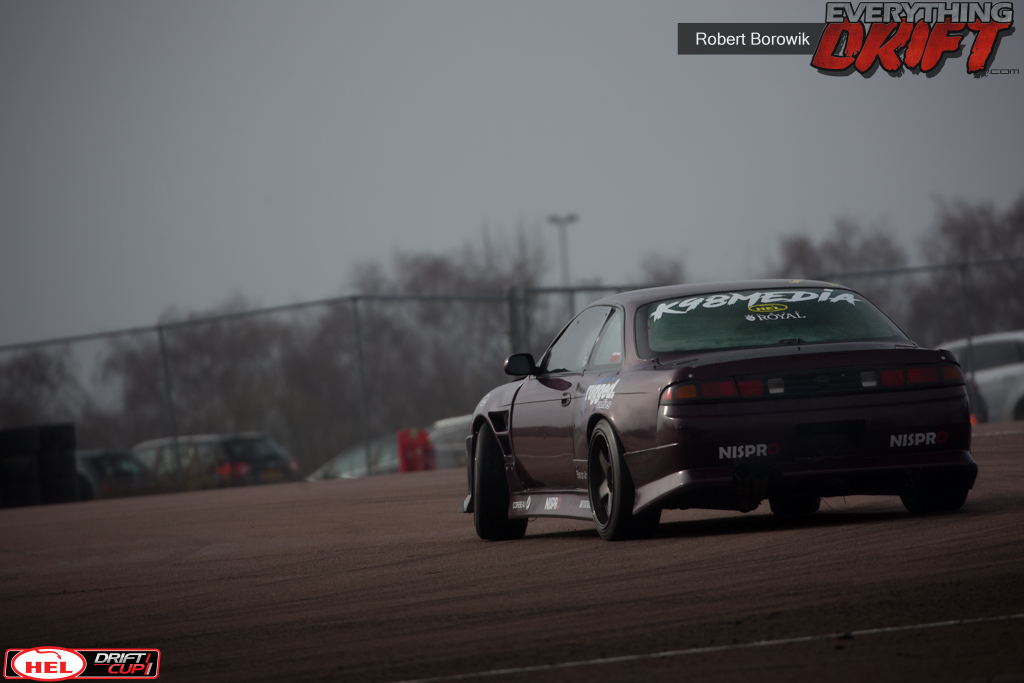 I was feeling anxious and excited at the same time as I had never driven at Rockingham or entered a competitive drift event before so I was ticking both off the list at the same time. 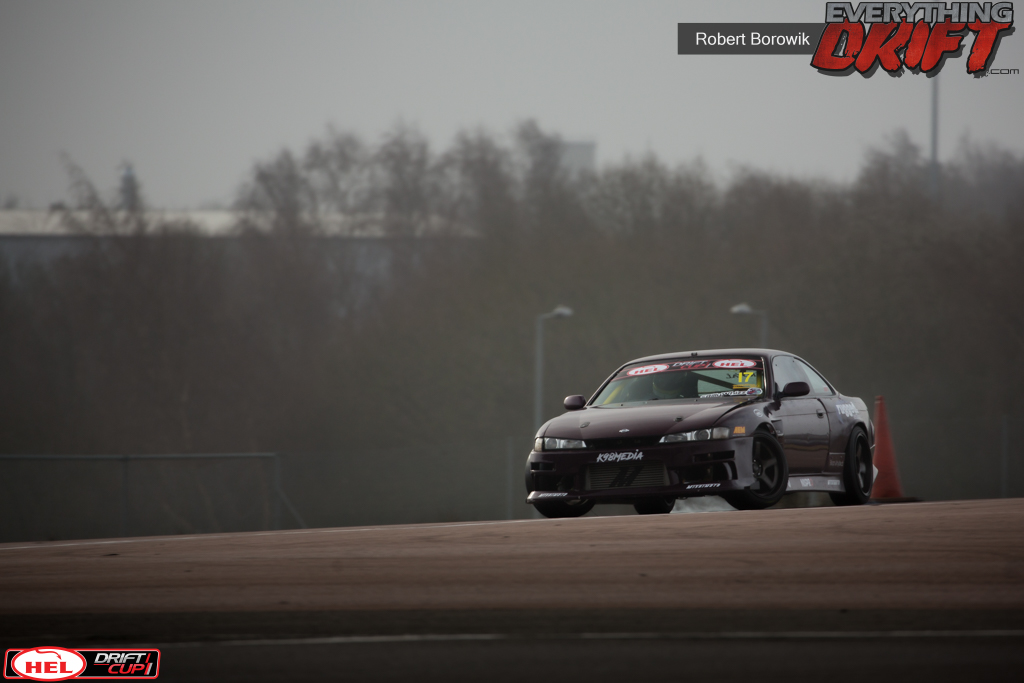 After an hour of car preparation I realised that the cage wouldn’t pass tech inspection the following day so we set about fixing that before the track opened after the lunch break. 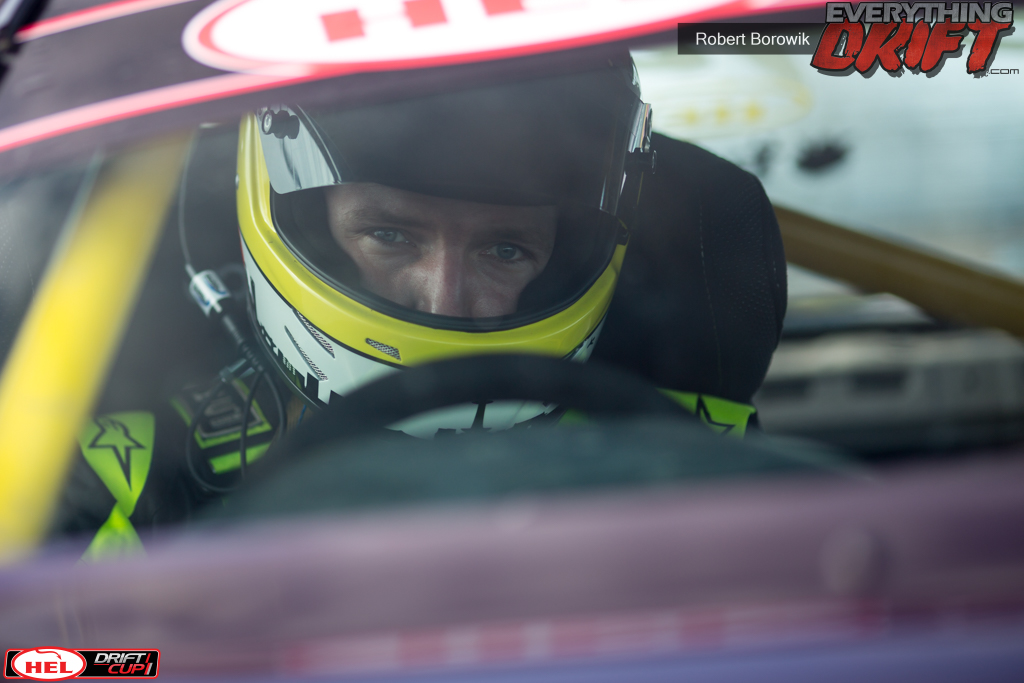 With the help of a few of the other competitors and their crews we managed to get the cage fixed and get out onto the track for some practice runs. 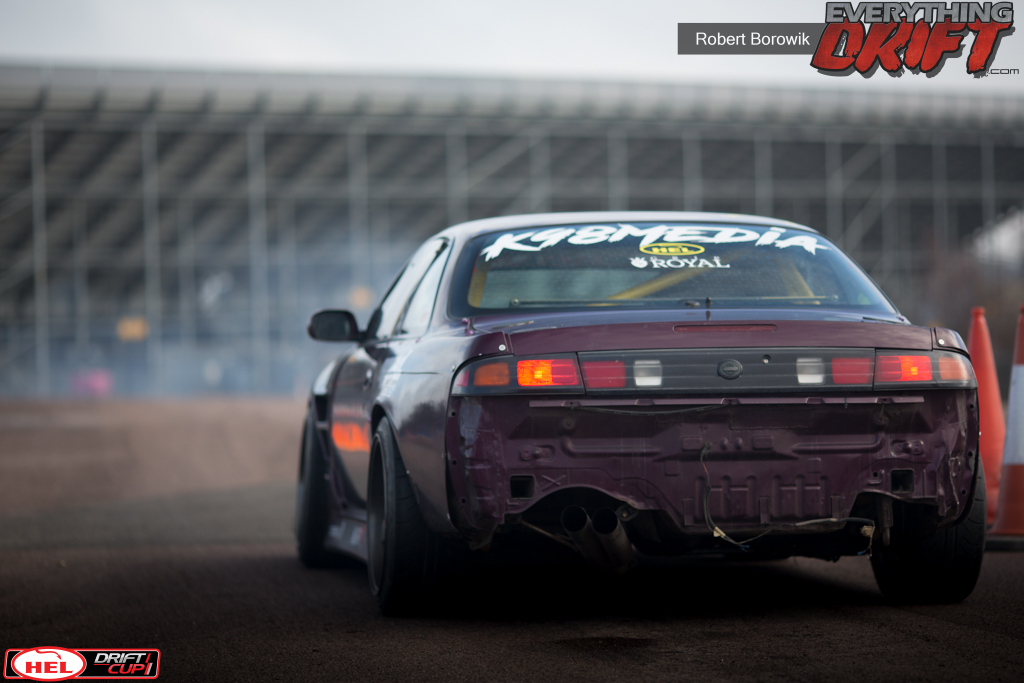 The first few runs were very difficult as I had to get used to some changes in the car whilst learning the track. I took some time to let the car cool down in the pit when Ian Lonsdale gave me some advice about the track, having driven on a similar layout last year. 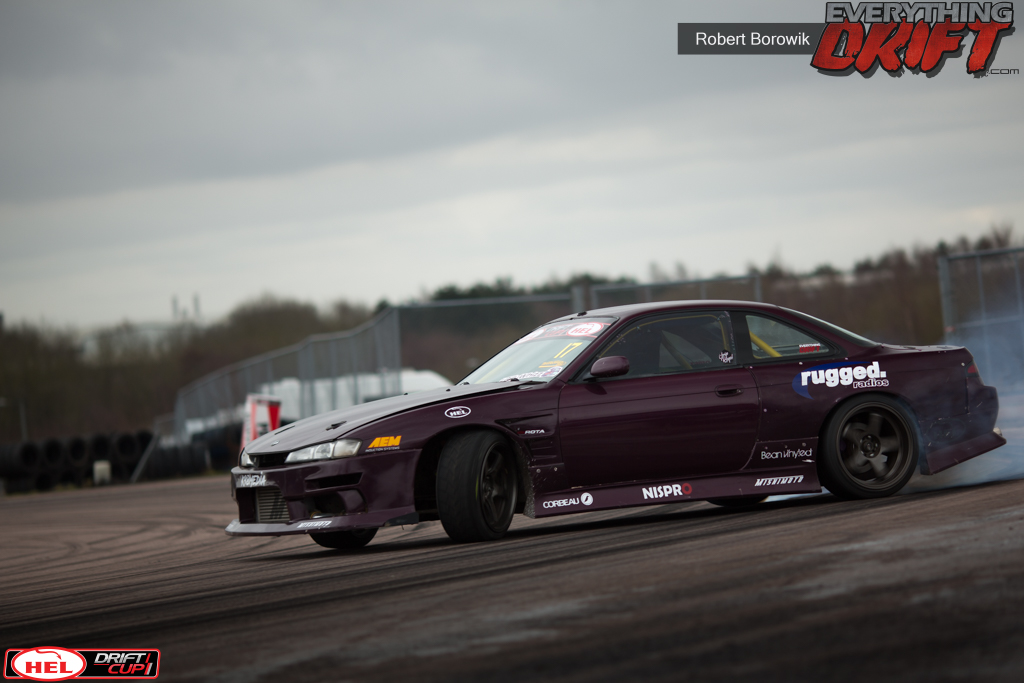 Over the rest of the afternoon he gave me feedback between my runs helping dial in the car and perfect the line around the track. 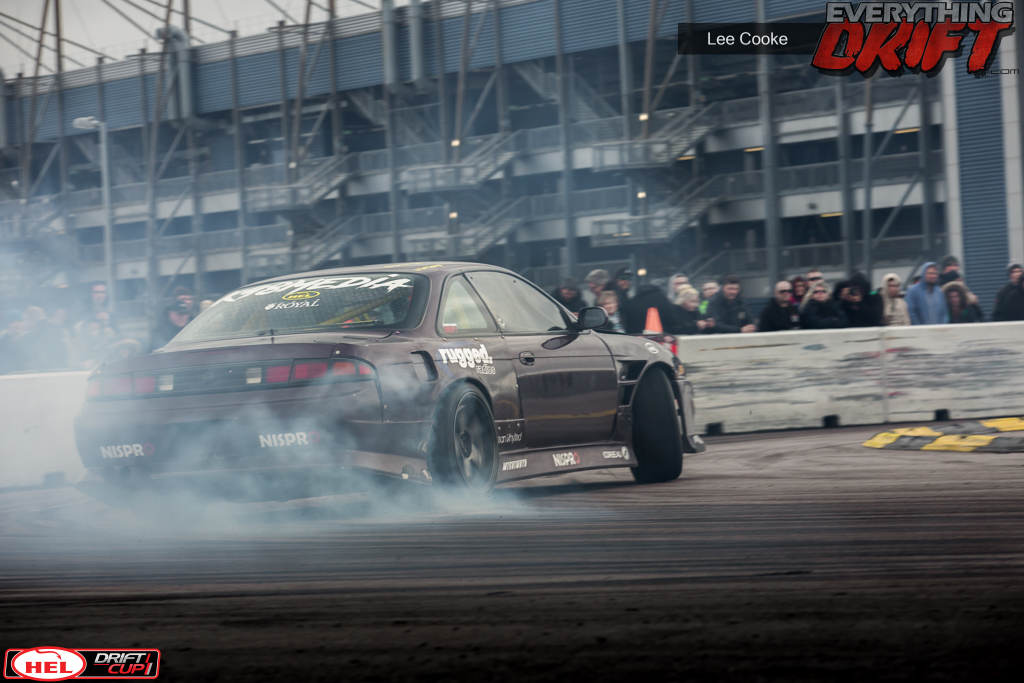 My confidence increased during the rest of the practice session although I was trying to keep up with the car now that it’s so much quicker thanks to the Zestino tyres that I ran for the first time during the event. 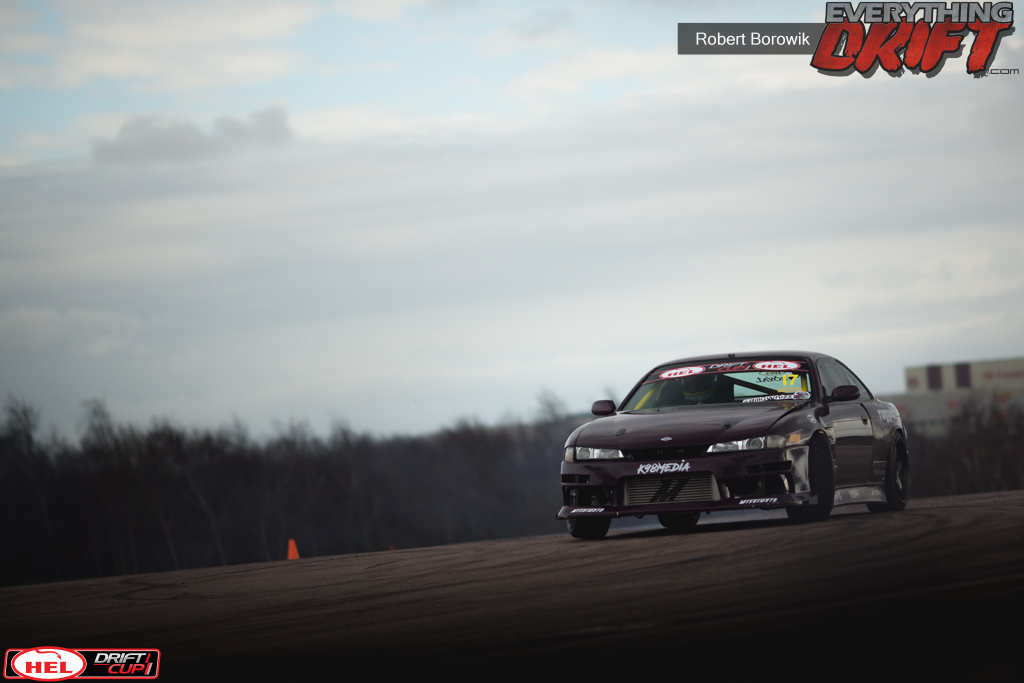 The grip levels and consistency is amazing on these tyres, I can go out onto the track knowing I have the same grip as the previous run. 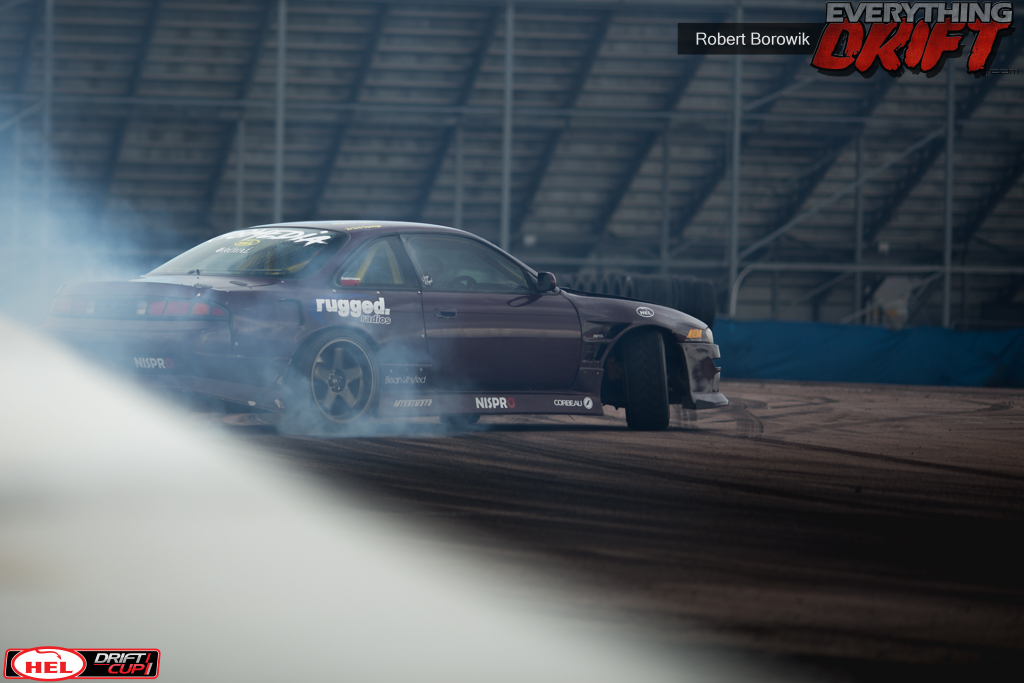 At the end of the day I checked over the car ready for the following day’s competition. The next morning I tried to learn as much as possible during the briefing from the judges before heading onto the track again for the mornings practice. 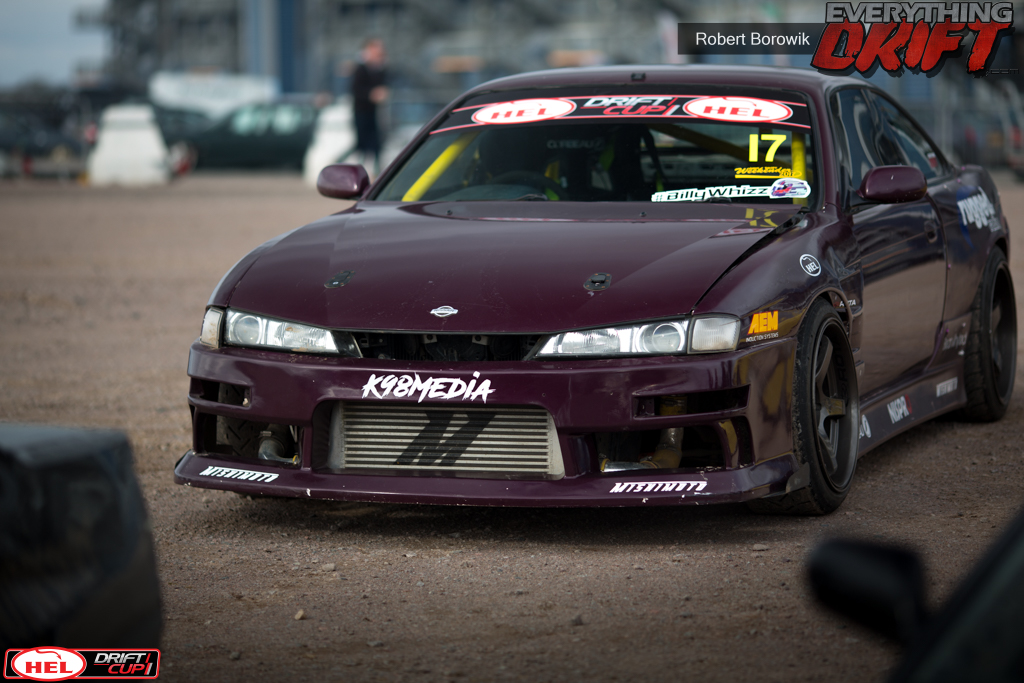 This time the track was damp and greasy so it was going to be difficult to get heat into the tyres. Luckily it wasn’t long before a dry line started to appear so I got a few good runs in before the session ended. 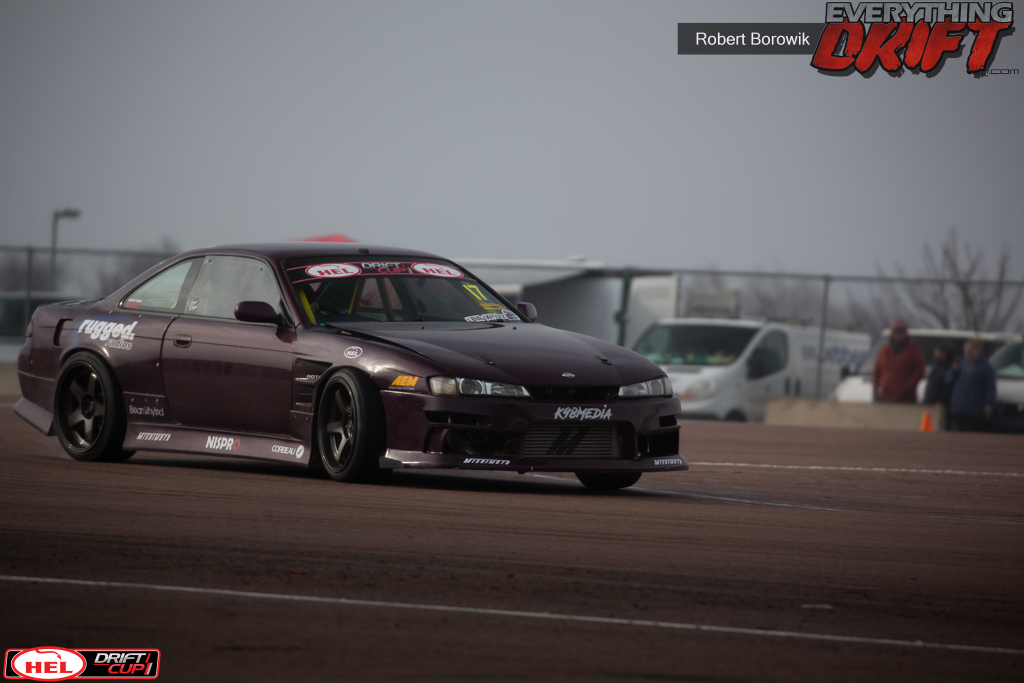 In Qualifying I felt good as I lined up, trying to focus on the initiation for the first clipping point ahead of me. My first run was good with a score of 51, enough to improve on but better to have a safe score to start with. 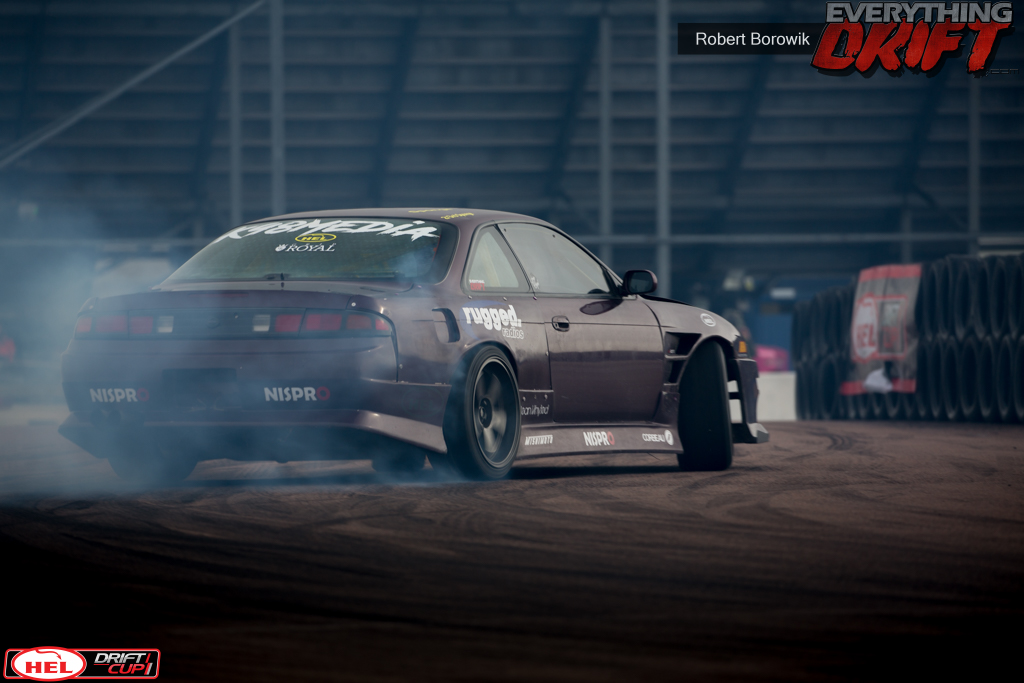 On my second run I tried to go harder and more aggressive however this resulted in running a shallower line around the track, missing clips 3 & 4. This time I scored a 45, unfortunately it would be the end of the day for me. 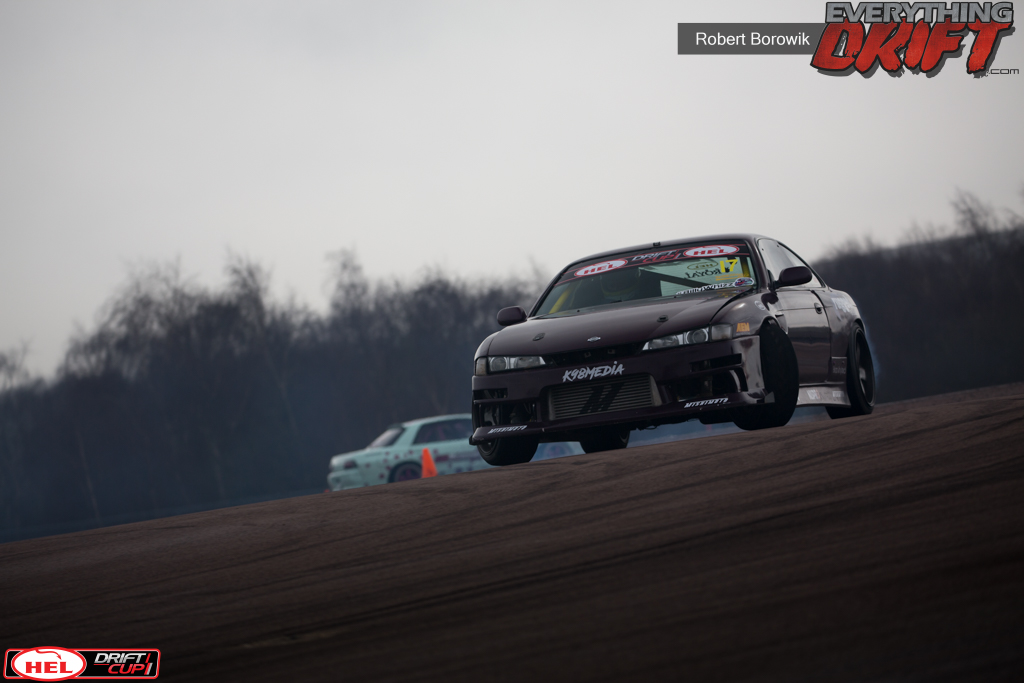 I have taken on board the advice from other drivers and the judges on where I can improve so I’m looking forward to the next round at the Three Sisters Race Circuit to put it into practice. 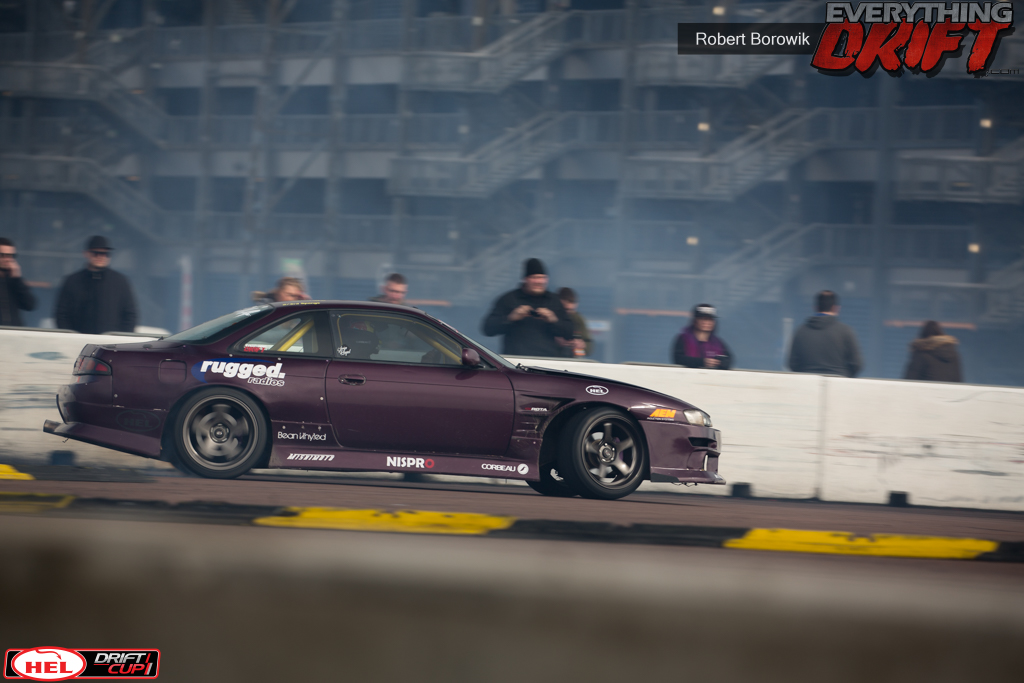 Thanks to everyone that supported me at this round including all of my friends and family, Ross at TFRenegade, Stu Jones at Slide Motorsport, Luke Conte and his crew, Havok Performance, Rugged Radios, Nispro Performance, Corbeau Seats, HEL Performance, AEM Intakes, PartBox.com, Mishimoto, Rota Wheels UK, K98 Media & Bean Vinyled. 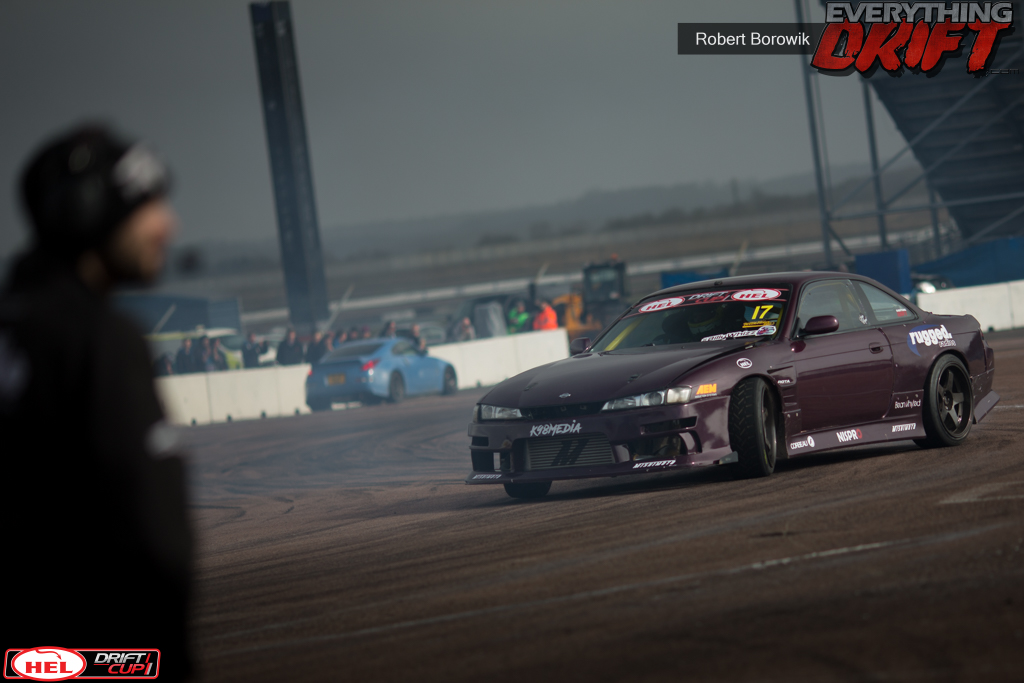 A special thanks must go to Shelly, without her help and support I wouldn’t be able to compete in this season of Driftcup. 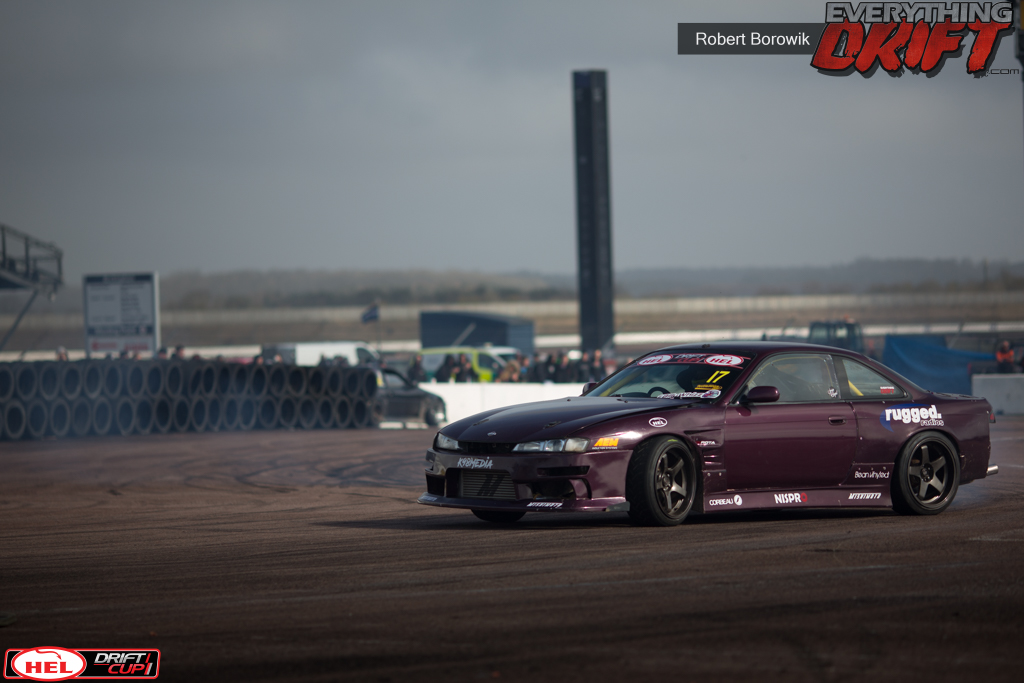 One thought on “2018 HEL Performance Driftcup: Round 1- James Moore”