Teesside Autodrome was the location of Driftcup Round 4, a track I hoped I was able to link by the end of the weekend. 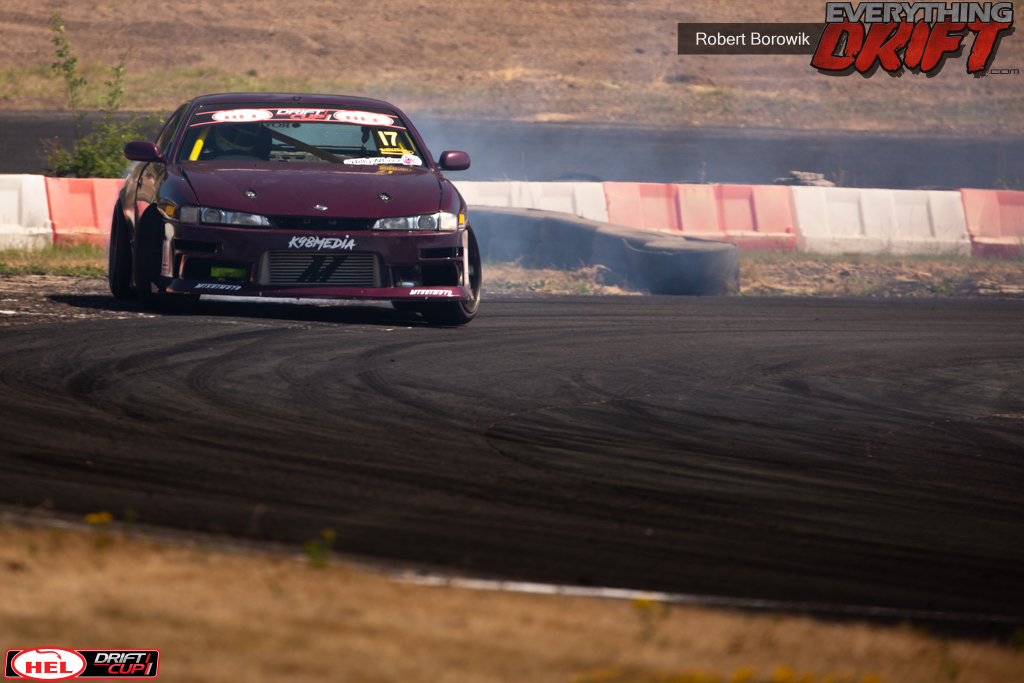 We were running the traditional BDC line around the track so it was going to be a challenge for us all, I was feeling nervous as I lined up for the first run of the day. 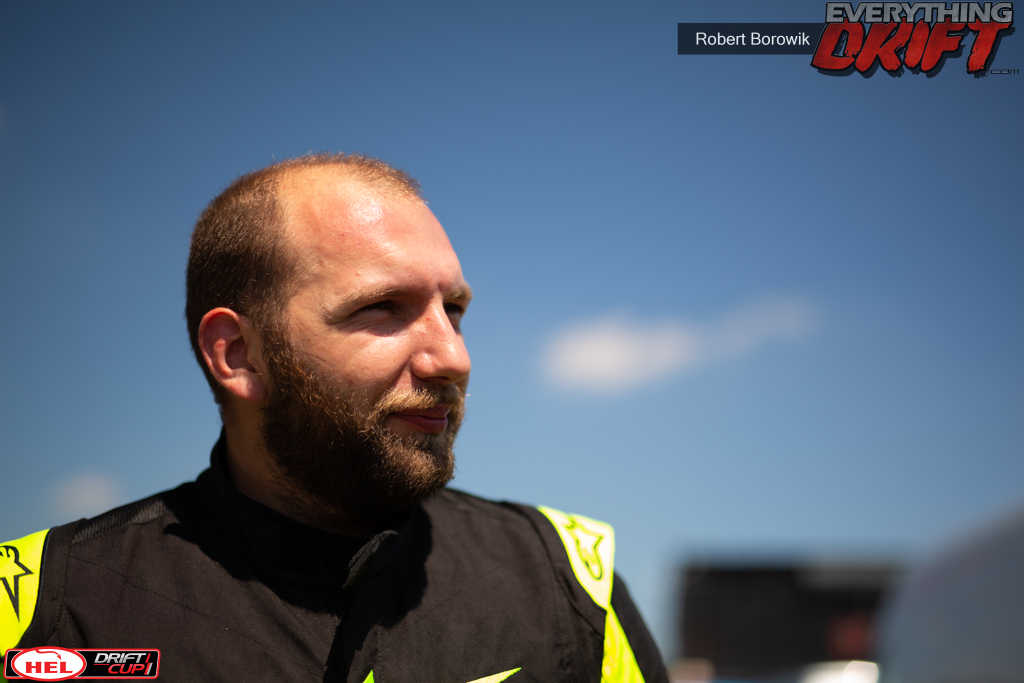 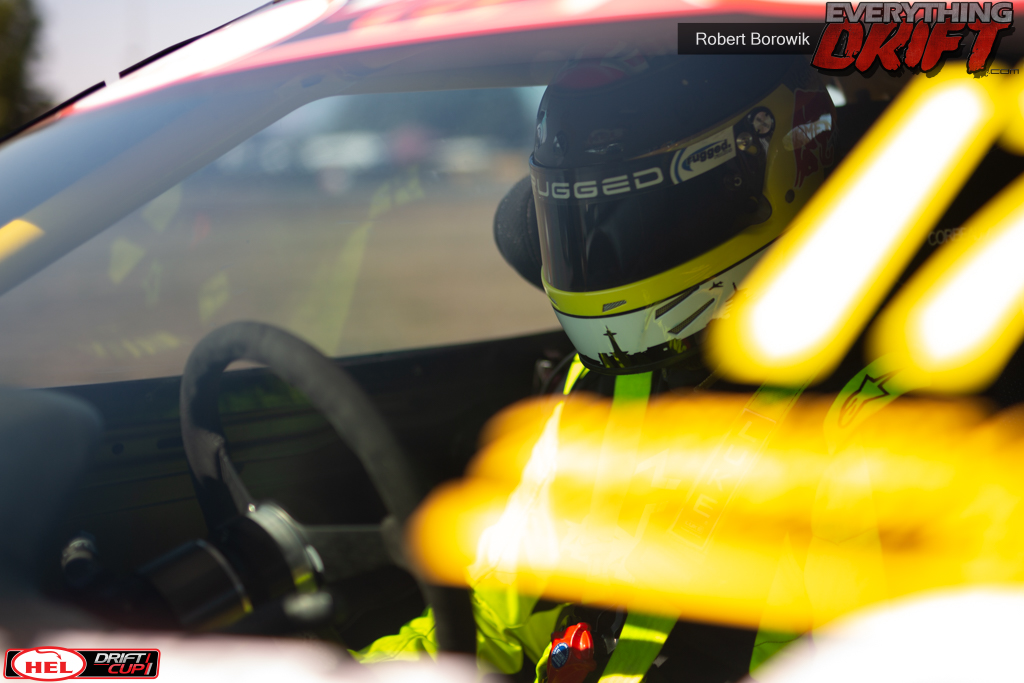 After a few shaky runs in the morning, my confidence began to grow and my runs got more consistent. 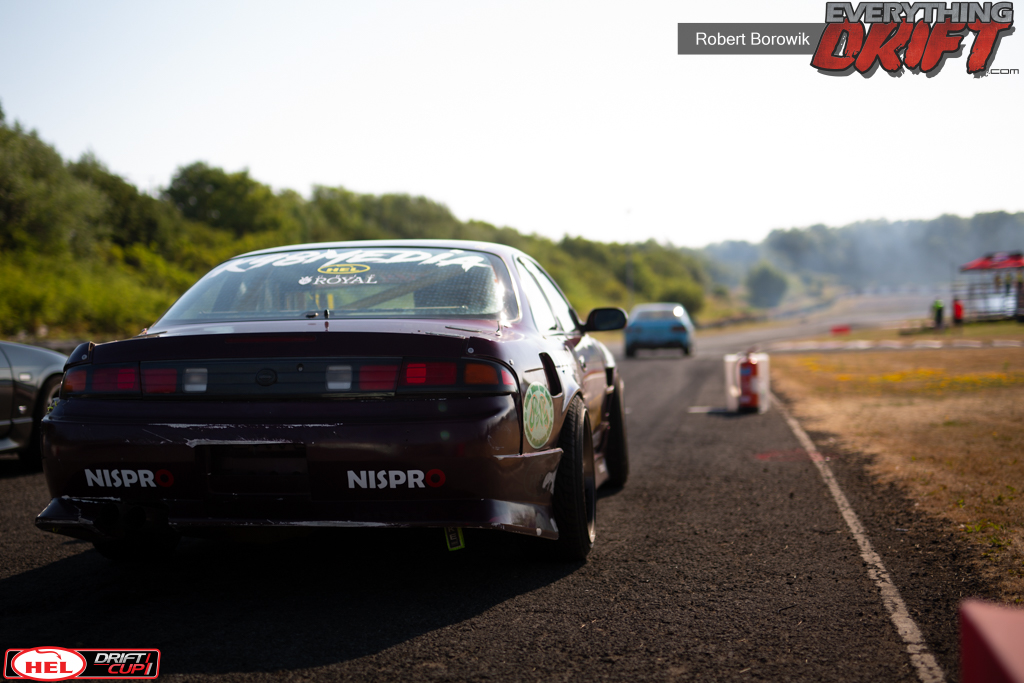 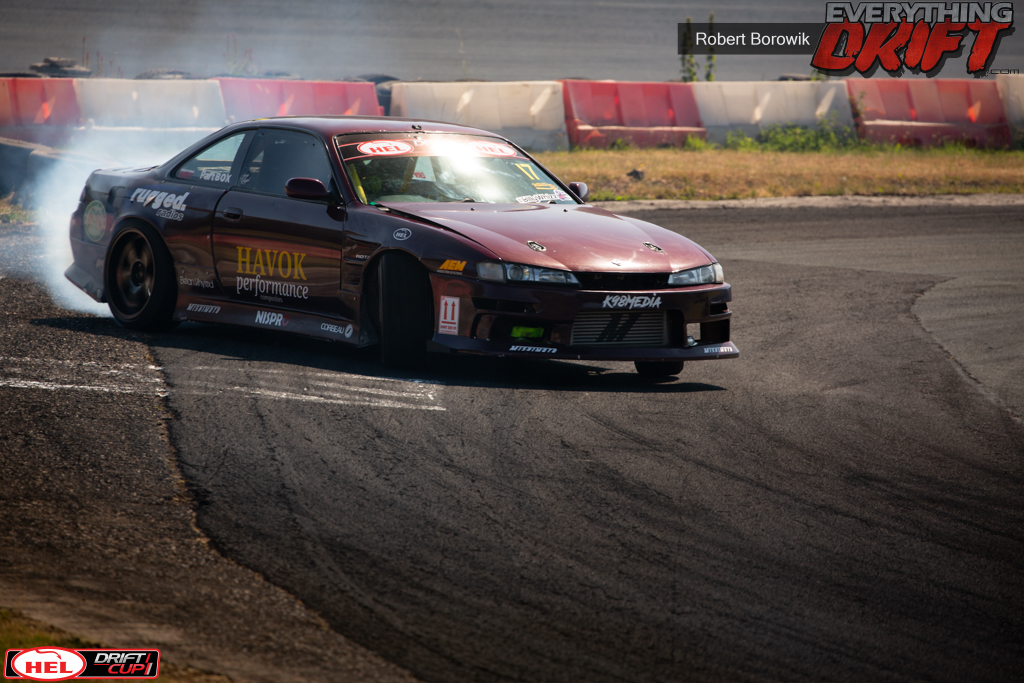 Unlike typical British weather, the track was basking in 25°c sunshine. Perfect weather for the beach but this started to take its toll on some cars and drivers. By the end of the practice day, my confidence was high and I was keen for qualifying. 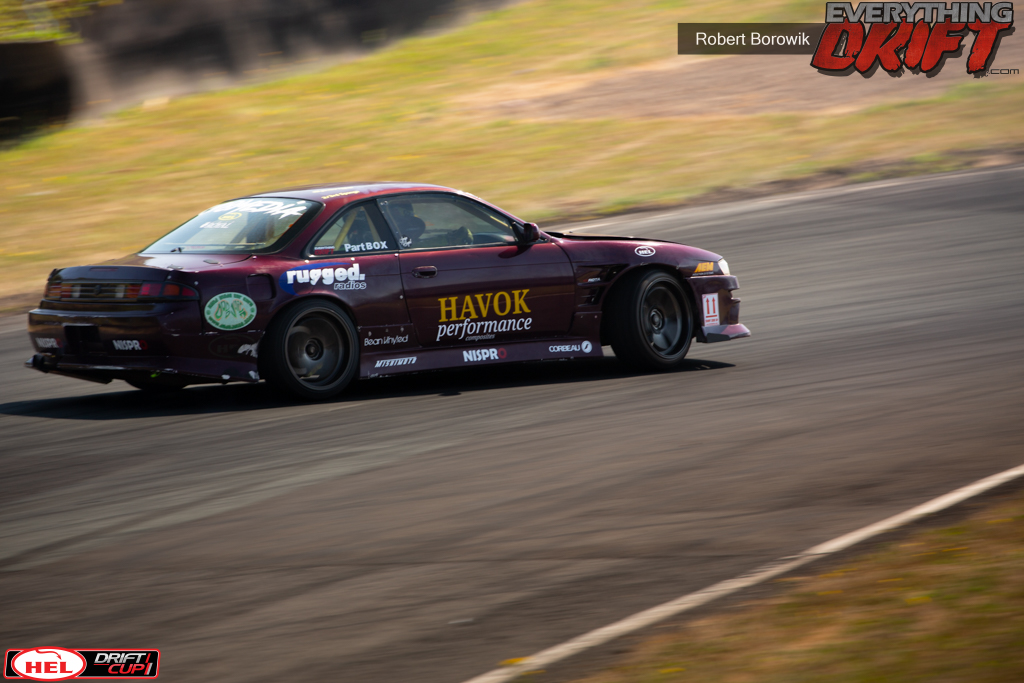 For Sunday practice I focused on my line and initiations. The slower section of the course was proving difficult for me, mainly as I tried to slow the car into the first hairpin. 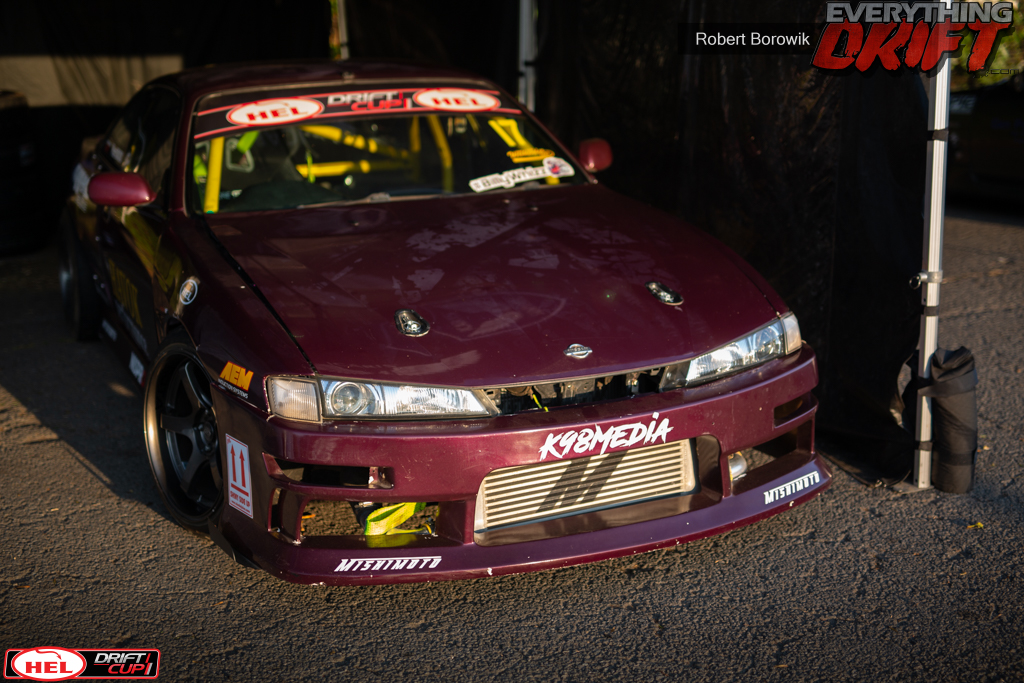 During qualifying the heat in the car was almost unbearable, however I kept my cool and managed to put in a run scoring 62.3 on my first run. 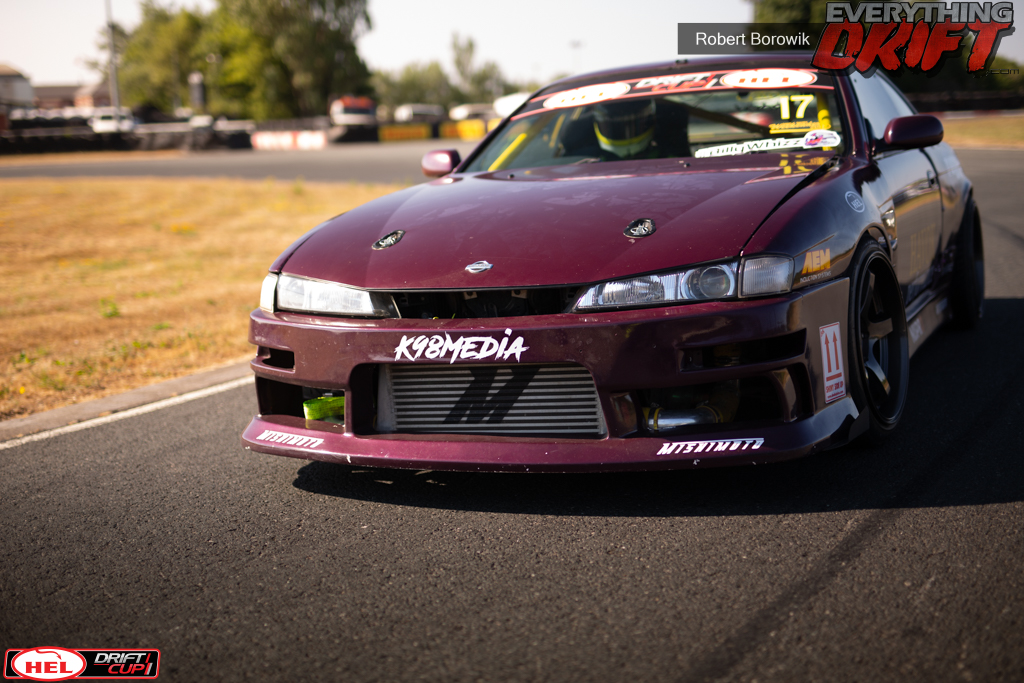 I struggled to get outside clip 3 but knowing I had points on the board I went all out for my second run but went too hard and dropped 2 wheels off course which caused me to straighten. When the qualifying announcements came round I was shocked and relieved to hear my name called out. 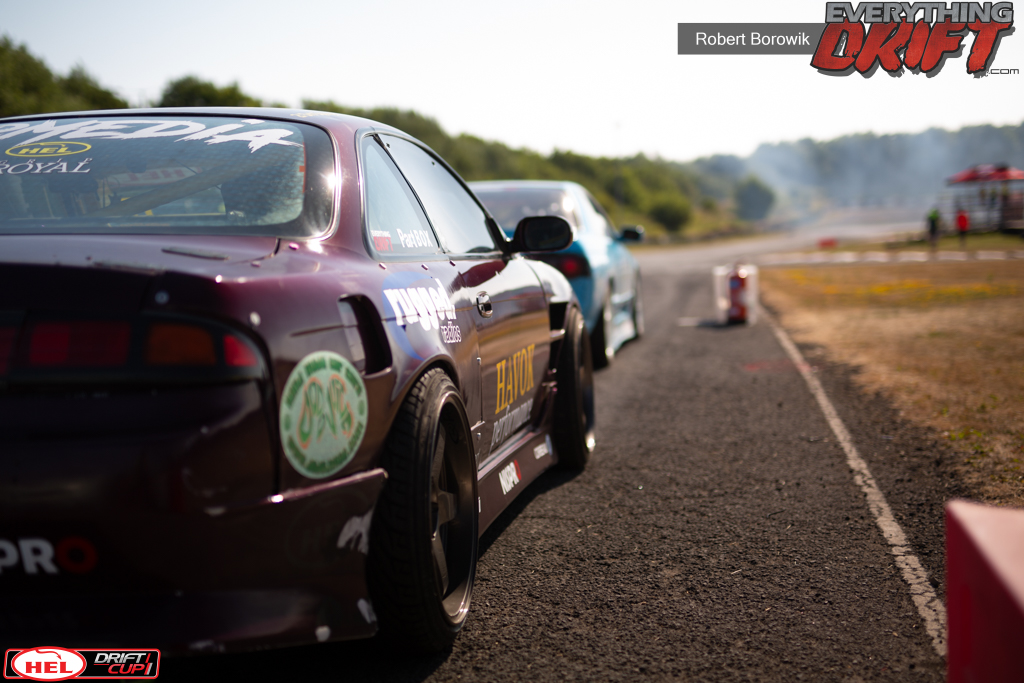 The biggest shock was that I qualified 18th! Lining up for my first ever competitive battle was an emotional rollercoaster. I still can’t believe it even now! 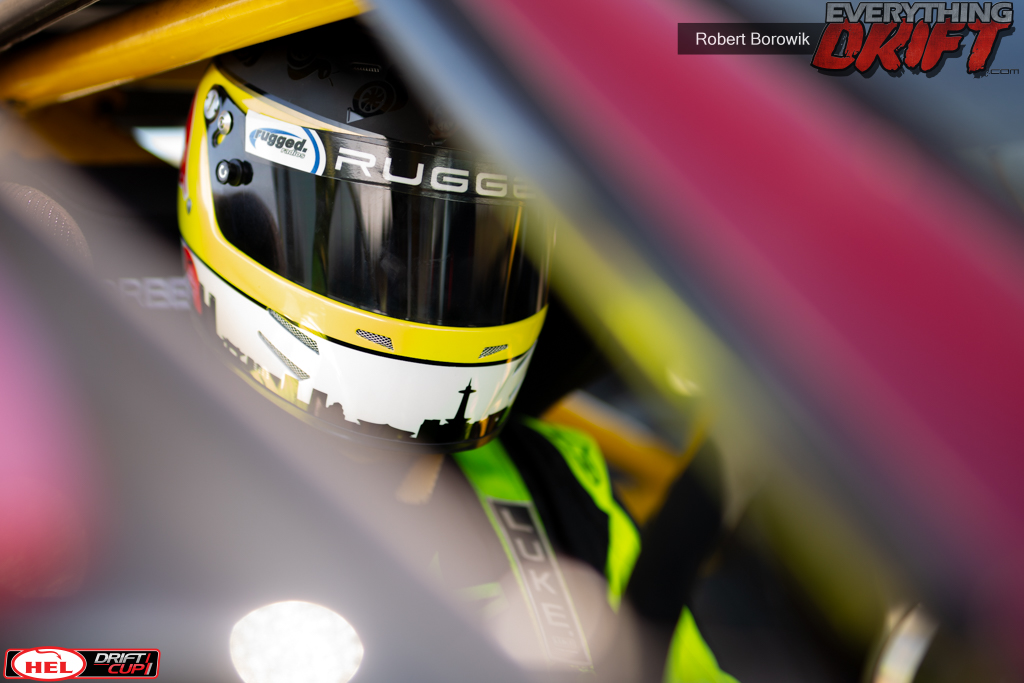 My battle was against Shaun Winter with his LS supercharged e36. Nothing like going in the deep end! On initiation I made a big dive to catch up but over rotated giving him the advantage. 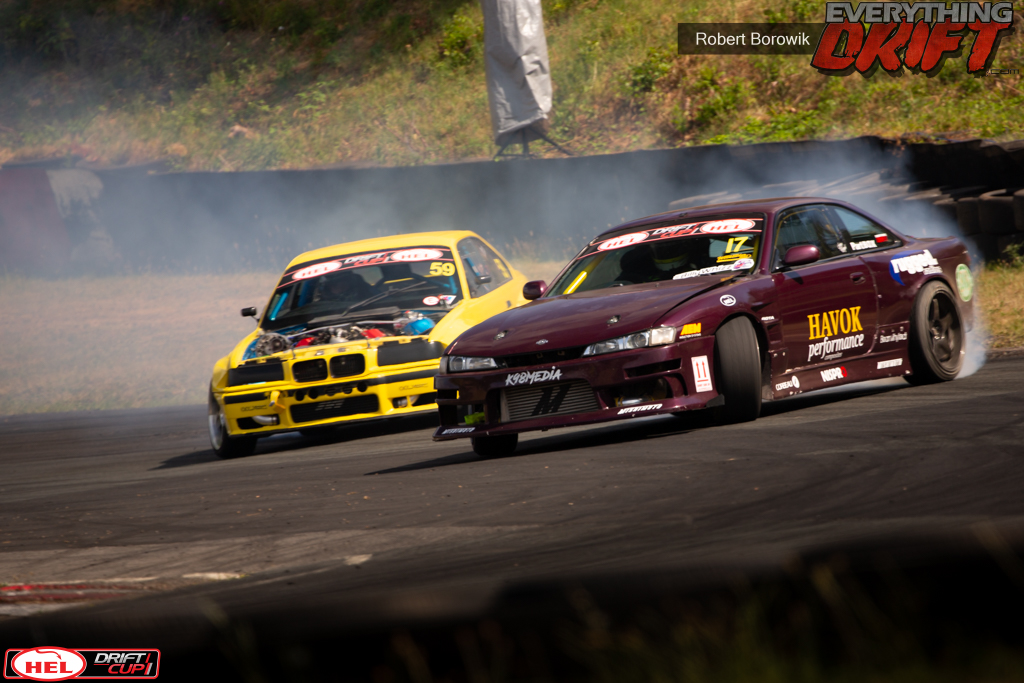 Coming up to the start line for my lead run, Luke Conte radio’d through to me to just give it everything I had. A near perfect lead run but with my spin in the chase position my weekend was over. 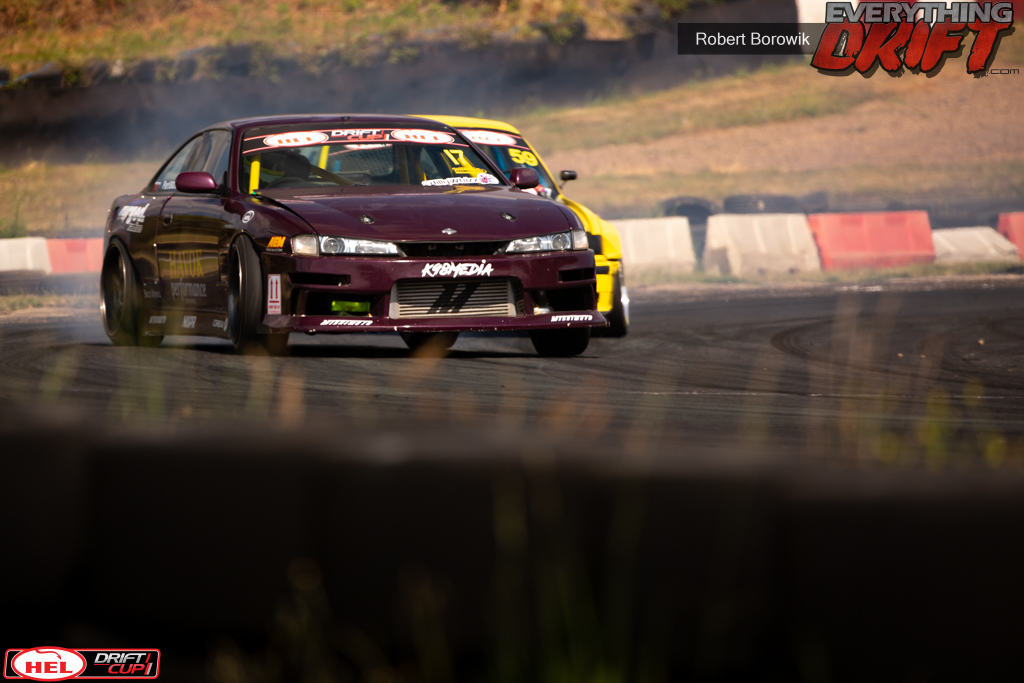 I’m still over the moon now, it’s been a huge confidence boost and now with a few small tweaks to the alignment and a fluid change we’ll be ready to hit the final at Driftland in September! Thanks as always goes to Shelly, Luke Conte and his team, my amazing sponsors AEM Intakes, Bean Vinyled, Corbeau Seats, Dodo Juice, Havok Performance, Mishimoto, Nispro Performance, PartBox.com, Rota Wheels UK & Rugged Radios. 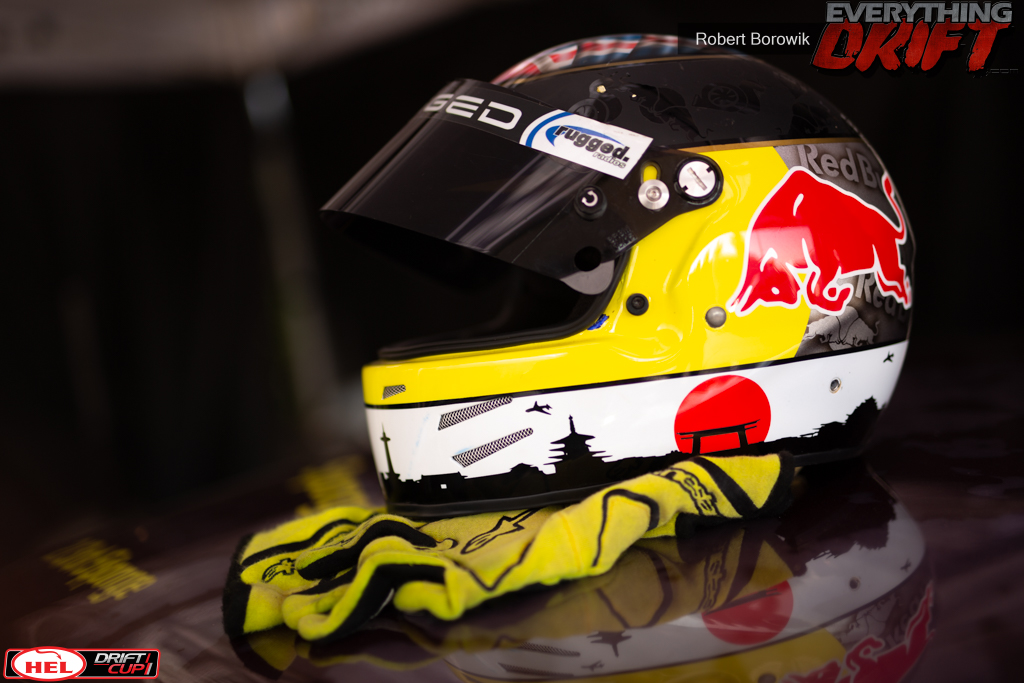