This weekend, one of the most anticipated drifting events of the season will take place in Atlanta. Formula DRIFT will return to Road Atlanta for Round 2: Road to the Championship. The competition will be spread over two days of drifting action, with the practice and qualifying events taking place on Friday, May 9, and the main event taking place on Saturday, May 10.

Conrad Grunewald, driver of the No. 79 Megan Racing/Top 1 Oil Chevrolet Camaro, is ready to return to the purpose built race course at Road Atlanta. Grunewald will be heading to Atlanta following a 13th place finish at Round 1 in Long Beach, after controversialcontact in the early stages of Top 16 with Fredric Aasbo. The team has high expectations going into Road Atlanta.

END_OF_DOCUMENT_TOKEN_TO_BE_REPLACED

Monroe, WA – Conrad Grunewald Racing heads to the Pacific Northwest this week to battle in Round 5 of the Formula DRIFT Championship. Driver Grunewald of the No. 79 Hankook / Megan Racing / Top 1 Oil Chevrolet Camaro will compete at Evergreen Speedway July 19 and 20.

“The fans in Seattle are some of the best in drifting,” said Grunewald. “My team looks forward to coming back here. The car has been running great and I need to thank my partners and crew for all the support.”
Watch Conrad Grunewald compete in Formula DRIFT this Friday and Saturday at Evergreen Speedway by checking out the DRIFT Stream online. Click here for the weekend event information page.

Be sure to stay in the loop with Conrad Grunewald Racing team news and updates by following @ConradGrunewald and #Hankook79 on Twitter. 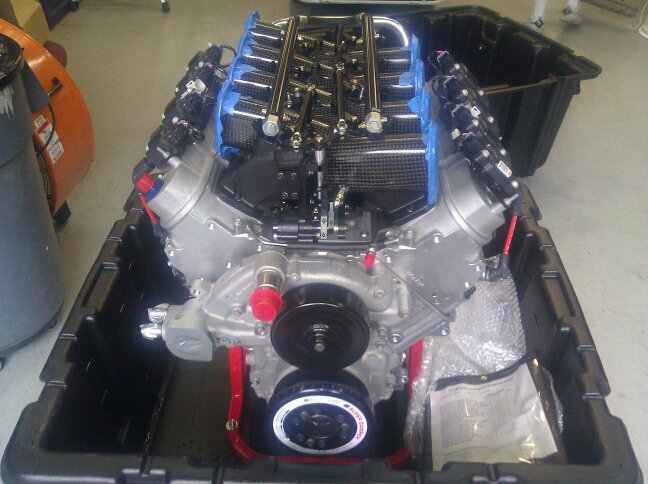 What is this? Is this a new LS7 specially prepped for the Red Bull Gardella Camaro? Is this thing pushing out Monster HP? From what we read, it’s going to help slide that beast all over the track and will be ready for this weekends Formula Drift Round 4 event at Wall Speedway.  Look for Ryan Tuerck and the rest of the Gardella crew this weekend in what will most likely sound monstrous on the track in New Jersey.

May 11, 2011 (Howell, NJ)  Road Atlanta, host to the Formula Drift Road to the Championship event, is considered the birthplace of drifting in the US.  Road Atlanta marks the home of the first FD event, 8 years ago. With that being said, fans come back every year and this year the turn out of spectators was amazing; people were jammed into the hills like never seen before.

Right from the gate Thursday’s practice was very exciting for the GR team. Even with limited testing time, the 2011 Mobil 1 Chevy Camaro handled and ran great.  The LS7 engine worked wonders and sounded almost perfect. It is common to have a few minor glitches with a new build and this was no exception; however, the issues did not affect the team during competition. Once practice was over on Friday, the team went right into qualifying.  After his first lap, Tuerck scored a 91.0 and a 94.4 for his second run.  His final score put Tuerck and Gardella Racing in the 2nd position on the qualifying ladder behind the leader, Conrad Grunewald, heading into Saturday’s elimination rounds.

END_OF_DOCUMENT_TOKEN_TO_BE_REPLACED 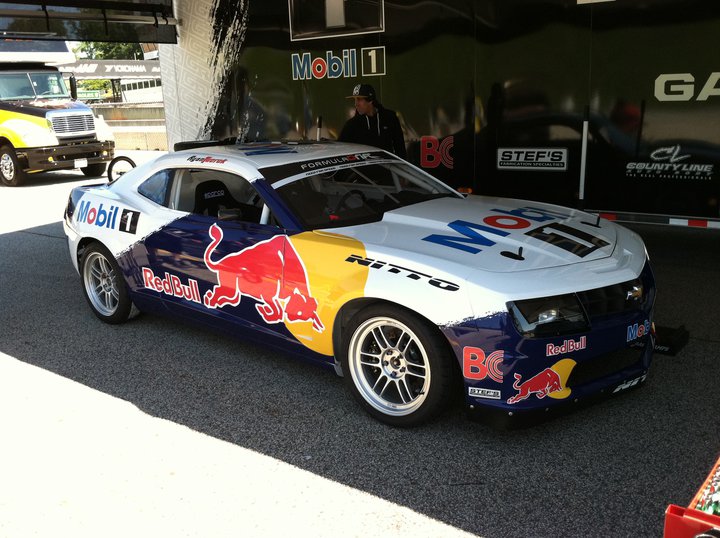 Gardella Racing is unveiling their RedBull Mobil 1 Chevy Camaro this weekend for Round 2 of the 2011 Formula Drift series.  Being piloted of course by Ryan Tuerck. Cant wait to see this sideways!