This Past weekend we were out and about and Helping staff the Drift Demo out at the 20th Annual Thunder On The Lot  event. Thunder on the Lot was founded in June of 1995 by Ron Emard. Thunder on the Lot started as a small car and motorcycle show on the lot of the Robertson Palmdale Honda dealership. The event operates over a two day period and occupies over 100 acres. As the event has grown, so have the donations, with $3,000 collected the first year to an upwards of $336,000 collected in recent years. Since 1995, Kids Charities events have collected over $4 million dollars, of that $3.8 million was raised from Thunder on the Lot proceeds.

EverythingDrift: When did you first get into drifting and how did you find out about it? And who or what inspires your drifting style?

Mickie Frial: I first got into drifting around 1998-2000.  My cousin Tom always had Option Mags and Hyper Rev laying around and at the time my dad owned the 240SX that I now drive.  My cousin would always ask my dad to sell him the 240 once he got the money.  Cool Fact of the day – my dad bought my car new off the lot in 1990 and I’ve kind of been in love with it ever since.  I remember seeing pictures in Option of 180sx’s and I was like “You can do that with my dad’s car? Cool!”  I inherited the car in 2000 and promptly proceeded to crash it up a curb during a massive understeer.  I told my dad someone cut me off and I swerved to avoid a big accident.  I dont think he believed me but that’s my story and I’m sticking to it.

There aren’t a lot of people that inspire my drifting style, but if I had to pick I’d say Taniguchi and Koguchi from 2001-2004 era.  Their cars were basically badass street cars.  Nowadays most pro drift cars look like freeway billboards.

I think I’m more inspired by music more than anything.  I’m going to see Megadeth and MachineHead in July and I’m super psyched on that.

END_OF_DOCUMENT_TOKEN_TO_BE_REPLACED 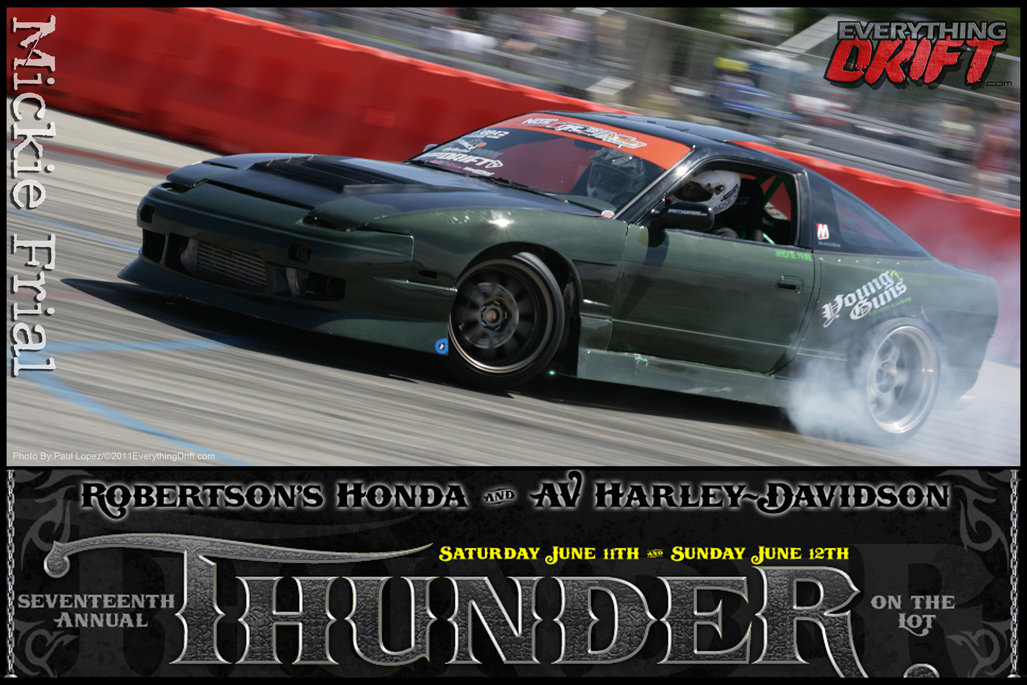 This past weekend the 17th annual Thunder on the Lot was held at the Antelope Valley Fairgrounds. Among the many features were the Bike Show, Classic Car Show, Modified Imports, Dirt Track Racing and the crowd favorite: Drifting.

END_OF_DOCUMENT_TOKEN_TO_BE_REPLACED 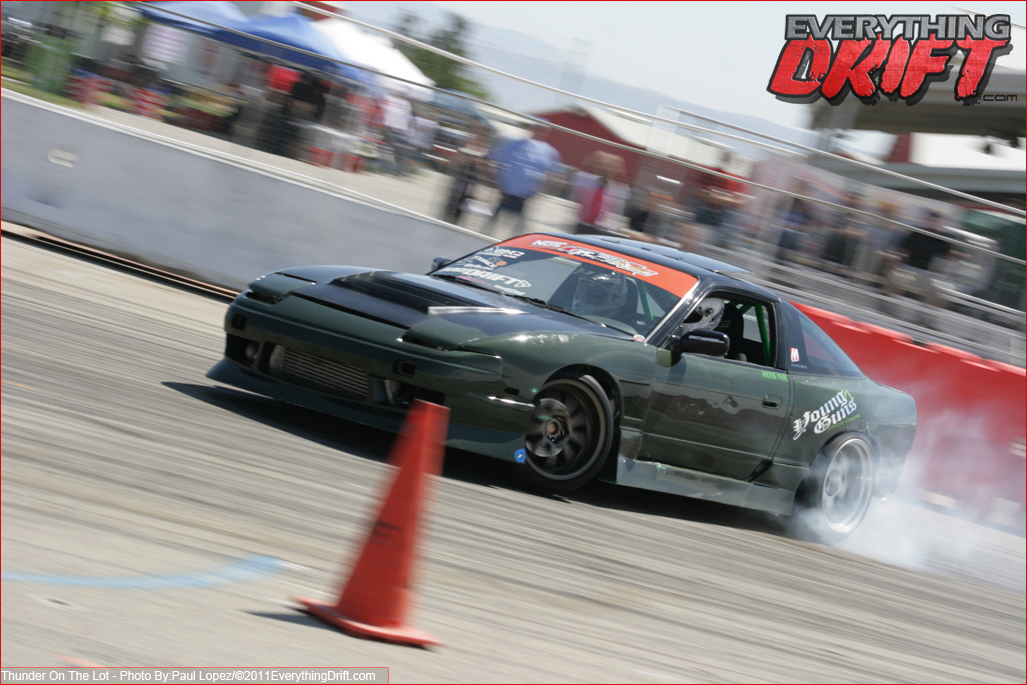 Here are a hand full of pics from the first day of the Thunder on the lot charity drift event. Driver turn out was good and boy did the crowed love the drifting. The viewing area’s were packed full of people during all runs threw out the day. And Tomorrow’s times are 10:00-6:00 so come out and enjoy some drifting fun. and look for full event album in the coming weeks.