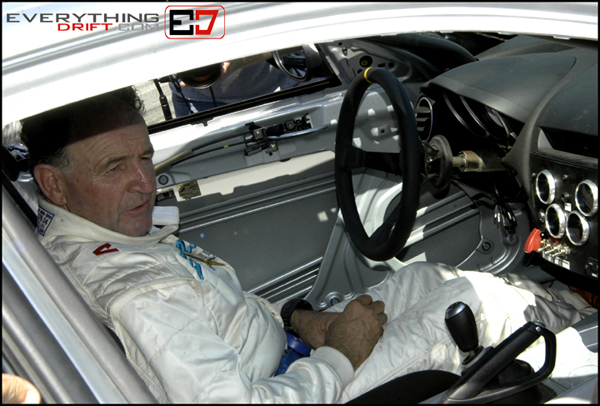 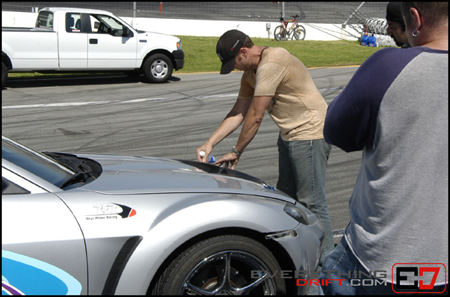 At the August 21st Drift Buffet event, we ran into RMR’s Rhys Millen, and got the inside scoop on the Millen family’s plan to add another drift car to the garage. Rhys’ father and mentor Rod Millen will debut his new Mazda RX-8 car at the Formula D event at Irwindale on August 27th. END_OF_DOCUMENT_TOKEN_TO_BE_REPLACED 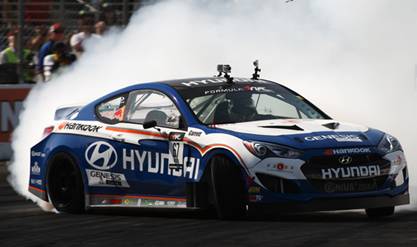 WAYNE, N.J., July 23, 2012 – After an amazing competition for top positions Hankook driver Rhys Millen scored a third place podium finish this past weekend at the fifth round of the Formula Drift season at Evergreen Speedway in Washington State.

After battling Hankook teammate Ken Gushi in his Scion FR-S, Rhys in his Hyundai Genesis Coupe took third place and his first podium finish of the year.  Millen’s close battle with Gushi pitted the two Hankook drivers against each other for one of the most heated races of the season.

The sold out event saw a capacity crowd at Evergreen Speedway in the Pacific North West, with fans traveling from miles around to view the exciting action.  Additionally, over 175,000 viewers watched the event online via Formula Drift’s Drift Stream over a 24 hour period.

2012 marks the ninth year for the Formula Drift series and Hankook’s seventh year of involvement.  The company garnered enhanced visibility and sales increases in 2011 as a result of its motorsports sponsorships and special racing programs and has continued its involvement as an official sponsor of Formula Drift for the 2012 racing season.  Hankook also supports teams competing in Global Time Attack, the Pikes Peak Hill Climb, Off-Road Racing and the 25 Hours of Thunderhill race.