Since the dust settled at round 1 I have been working behind the scenes to improve the car as much as possible. We discovered a leaking brake line from the hydro which was causing loss of pressure in the rear brakes. This was swiftly sorted thanks to a spanner check. 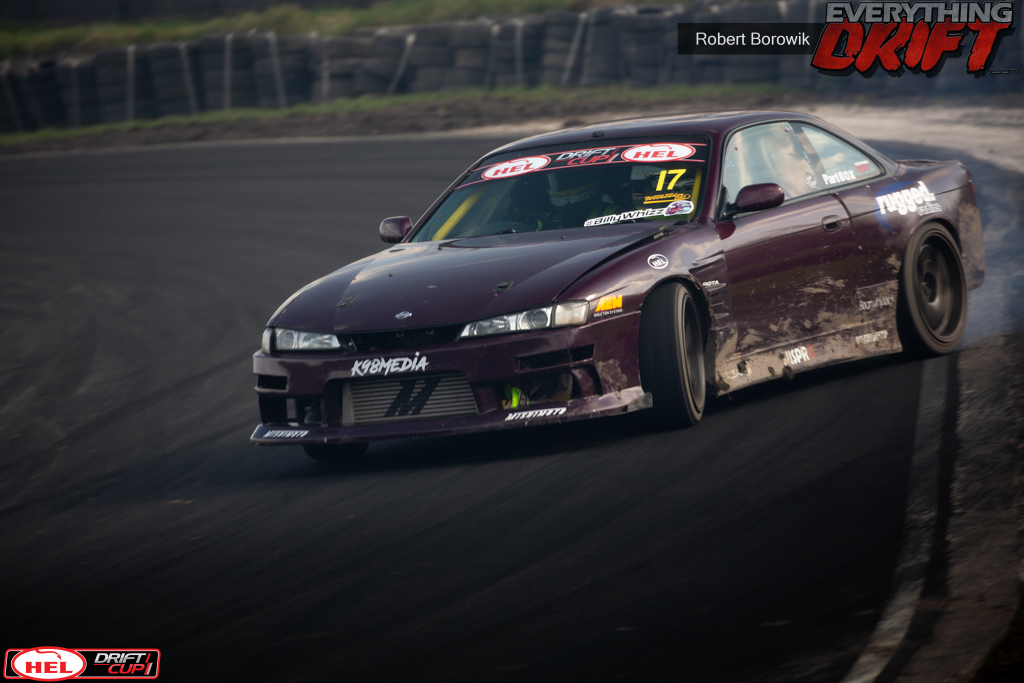 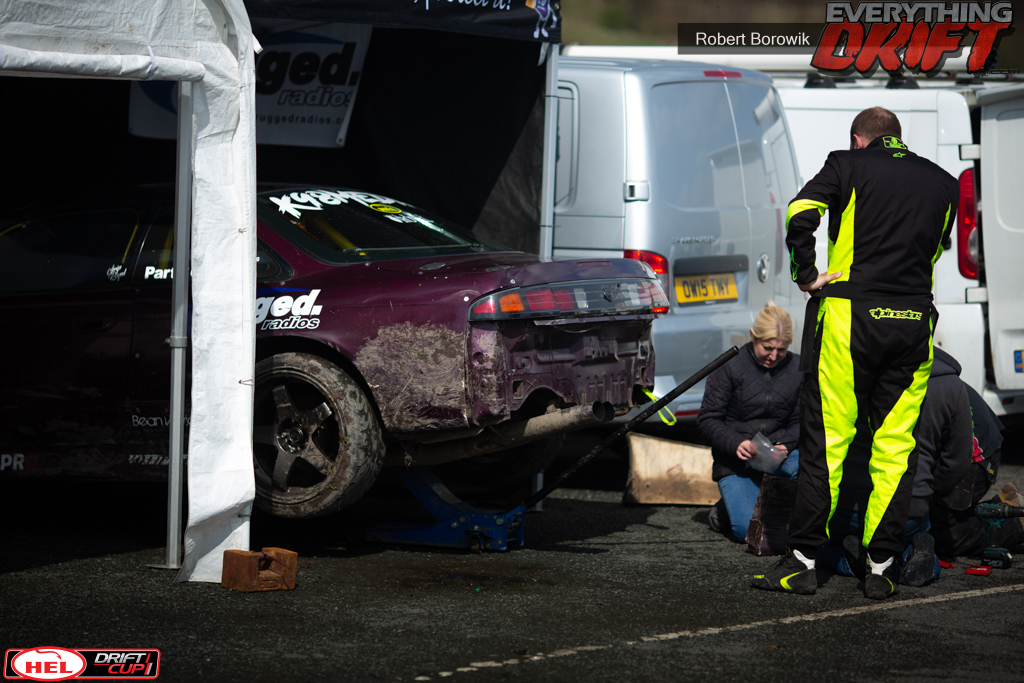 The week leading up to this round has been far from relaxing, having to juggle my day job with packing and loading tools and supplies for the weekend. Upon arriving at the Three Sisters Race Circuit, we were greeted by our long term drift family, the team of Luke Conte. 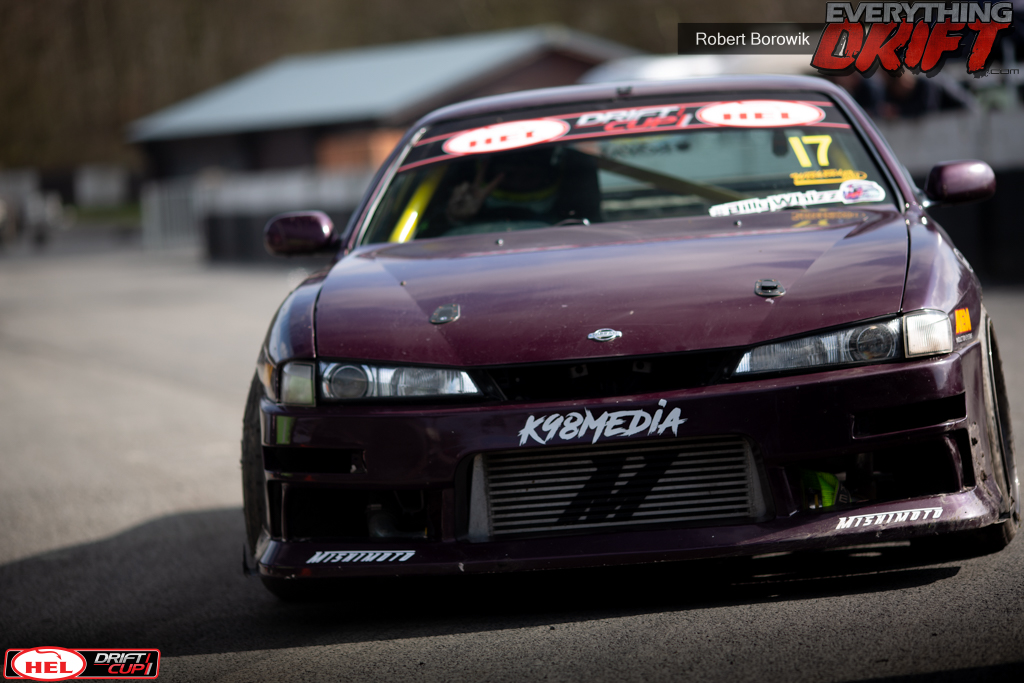 We set up our pits, part merging them together so we could share the weekend festivities. We arrived at the track early on Saturday morning. The weather overnight had made the newly resurfaced track very greasy. 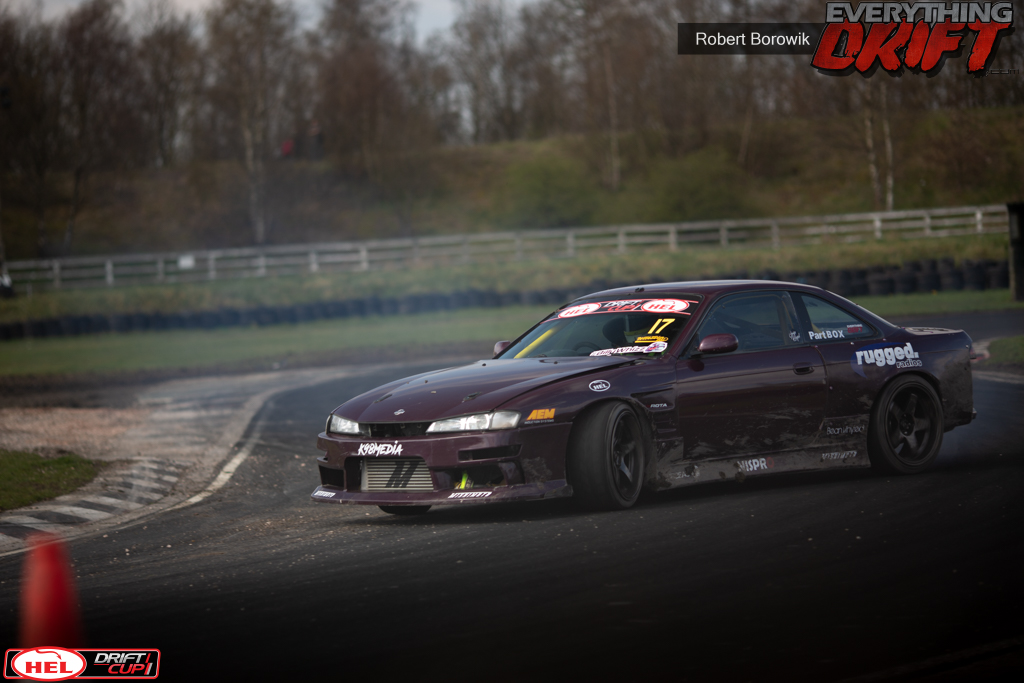 During briefing we were given the layout for the weekend, a very demanding and challenging layout for the drivers, one that would push everyone to their limits. I’d never driven this track before so I was very anxious and excited whilst waiting on the start line. 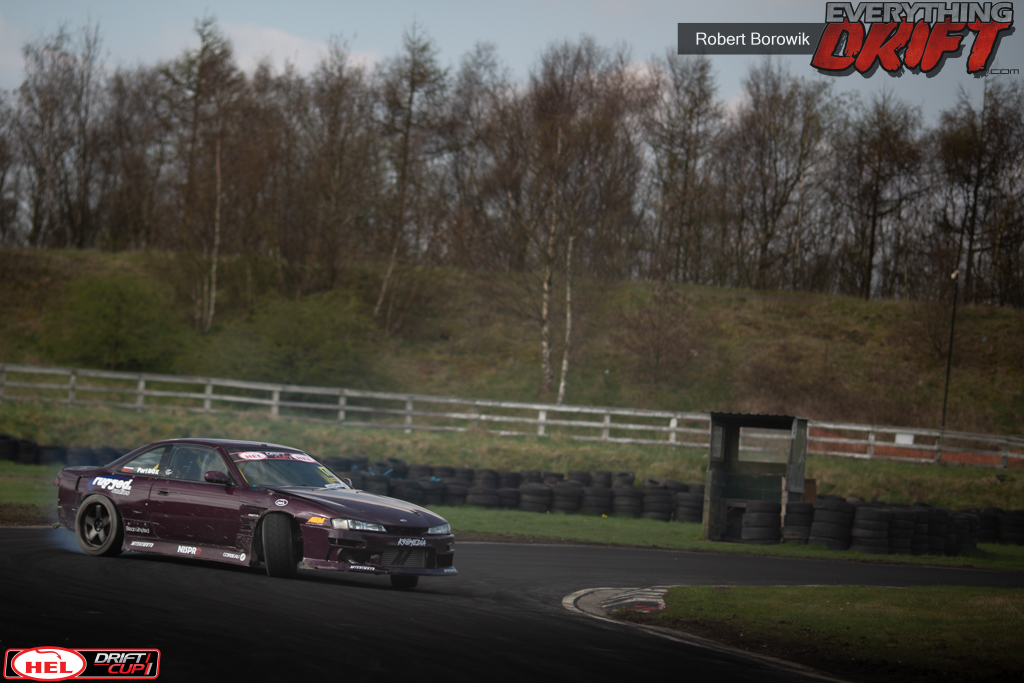 My first attempt was a little too enthusiastic and I ended up initiating too late which sent me backwards across the grass, the second attempt was a lot more cautious and I managed to complete a lap without incident. 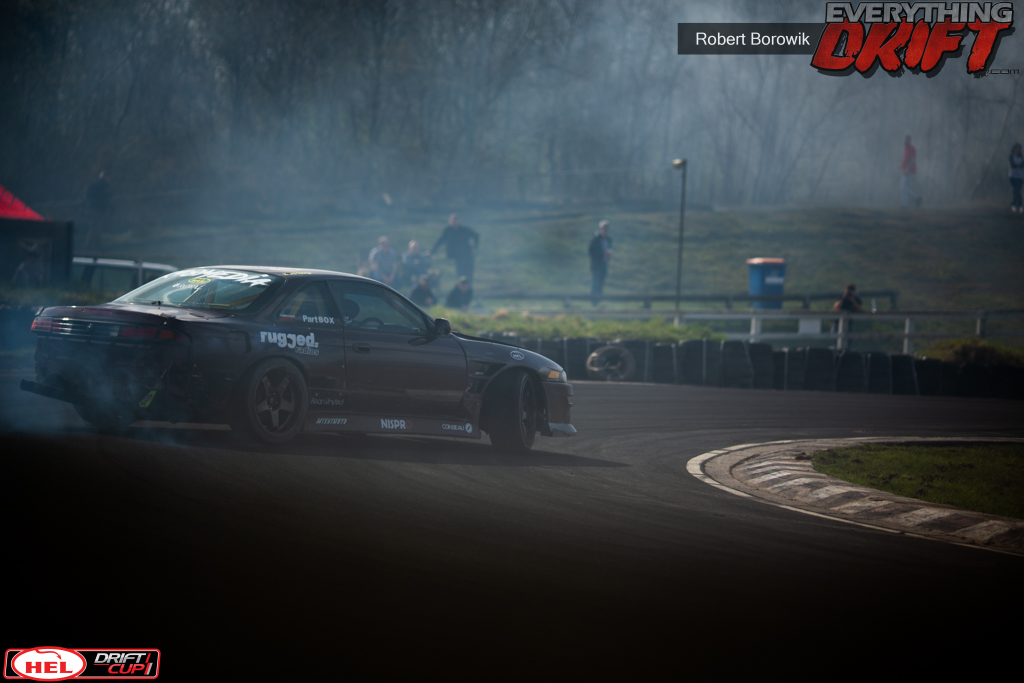 Throughout the morning I honed my entry speed and initiation point as the correct line between clips 2 and 3 would dictate the line for the rest of the track. Too fast and the car would wash wide into the grass, too slow or initiating too soon would cause the car to lunge forward towards the inside of the track. Getting onto the wrong line caused a real problem that was very difficult to recover from. 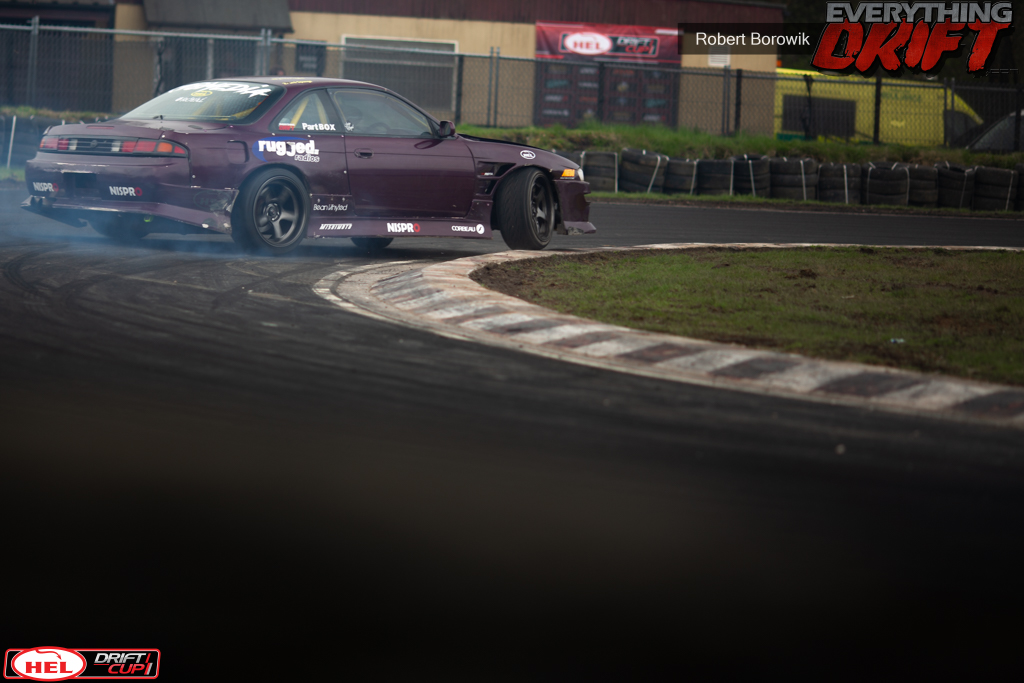 After the lunch break the track had dried to become a very grippy, fast surface. My entry speed was getting faster and I was becoming more and more settled into the rhythm of the layout. I opted to change lane on the grid to a lead position as opposed to the chase position I had done all morning. 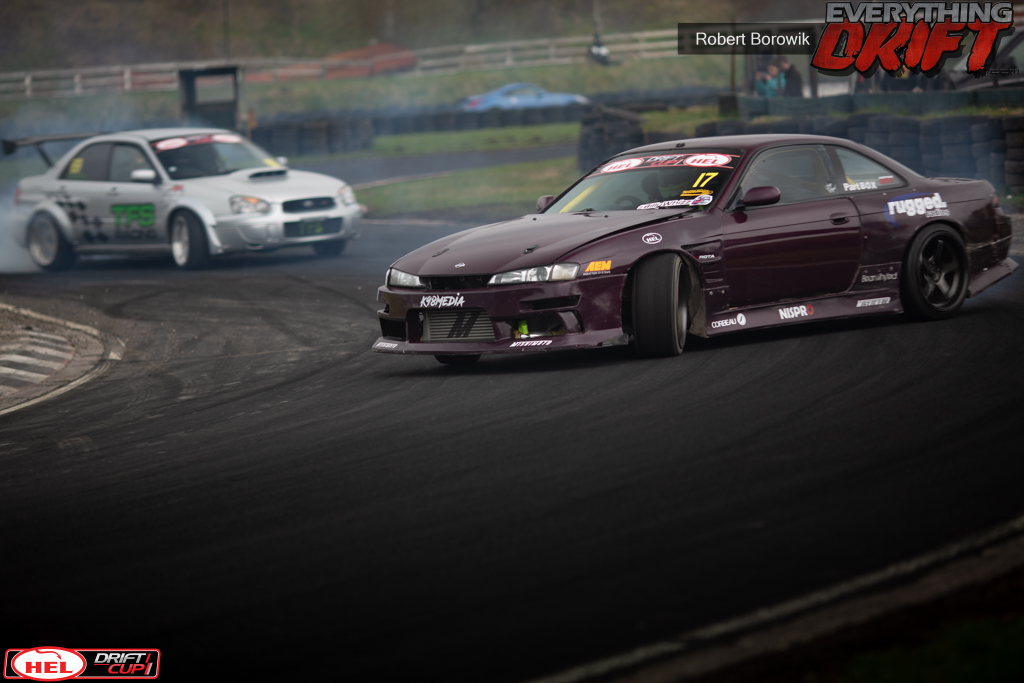 This I hoped would give me a better position to learn the line the judges would be looking for during qualifying the next day. I knew I had the first part of the track dialled but the final clip 5, a rear clip, I was still struggling to push wide enough for. I pushed as hard as I could but it was too much. 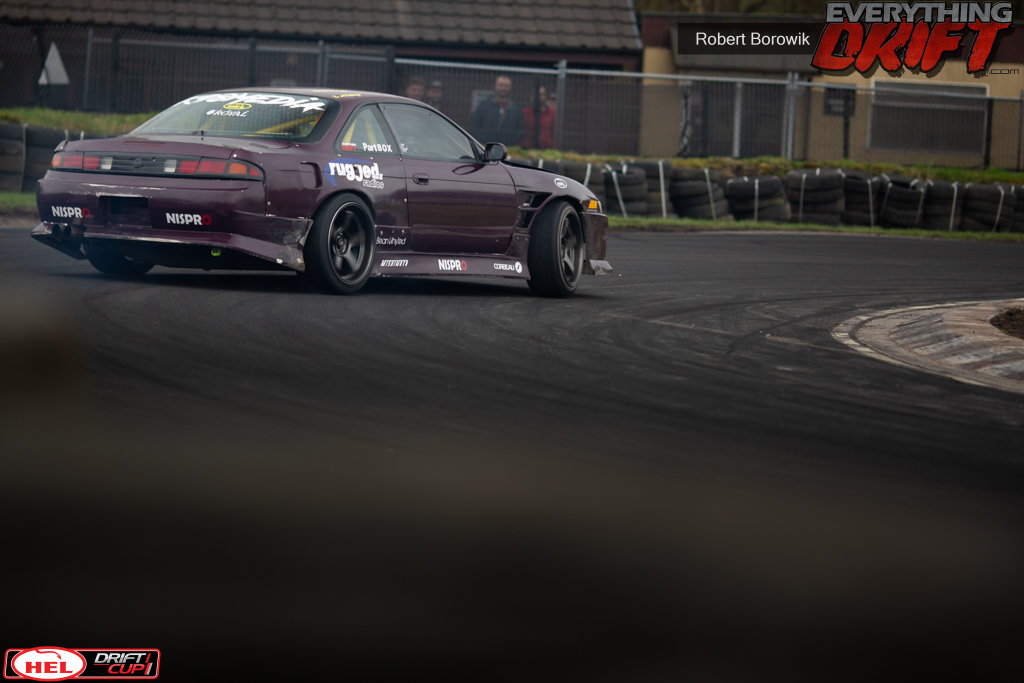 The rear tyre clipped the boggy grass and threw the car into the wall. When the car came to a stop I radioed my girlfriend as I knew she would’ve seen the car go off. Once the car was back in the pits an inspection of the suspension components and body work revealed nothing more than a snapped rear bumper. 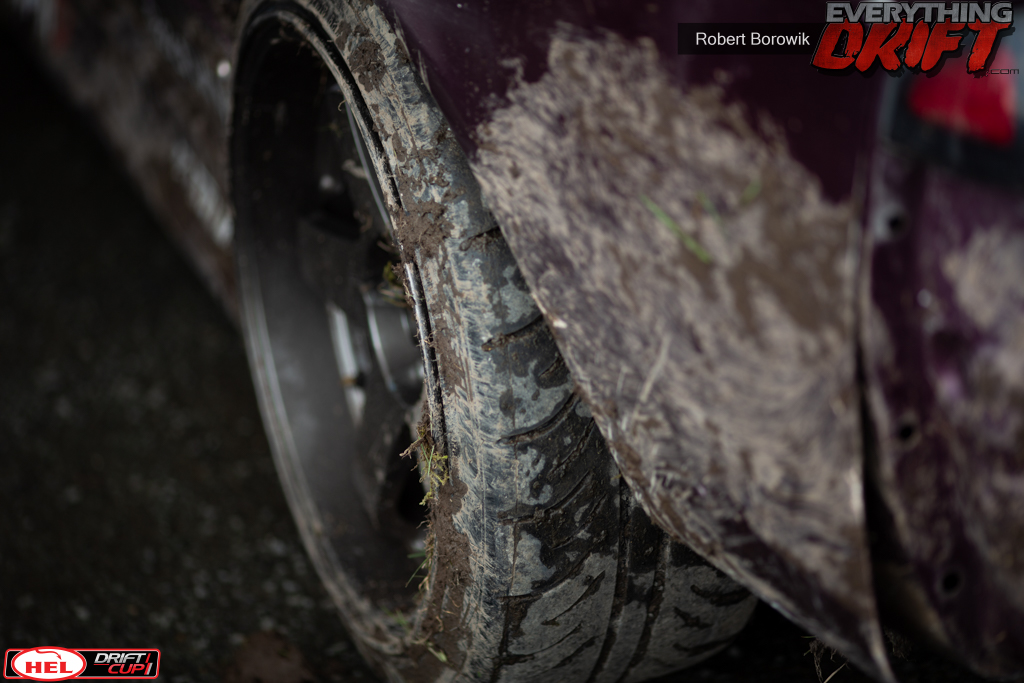 Luke’s team had seen the crash and had already began repairing the bumper as soon as I got back in the pits! With the Saturday session at an end we gave the car a well needed wash ready for practice and qualifying the following morning. 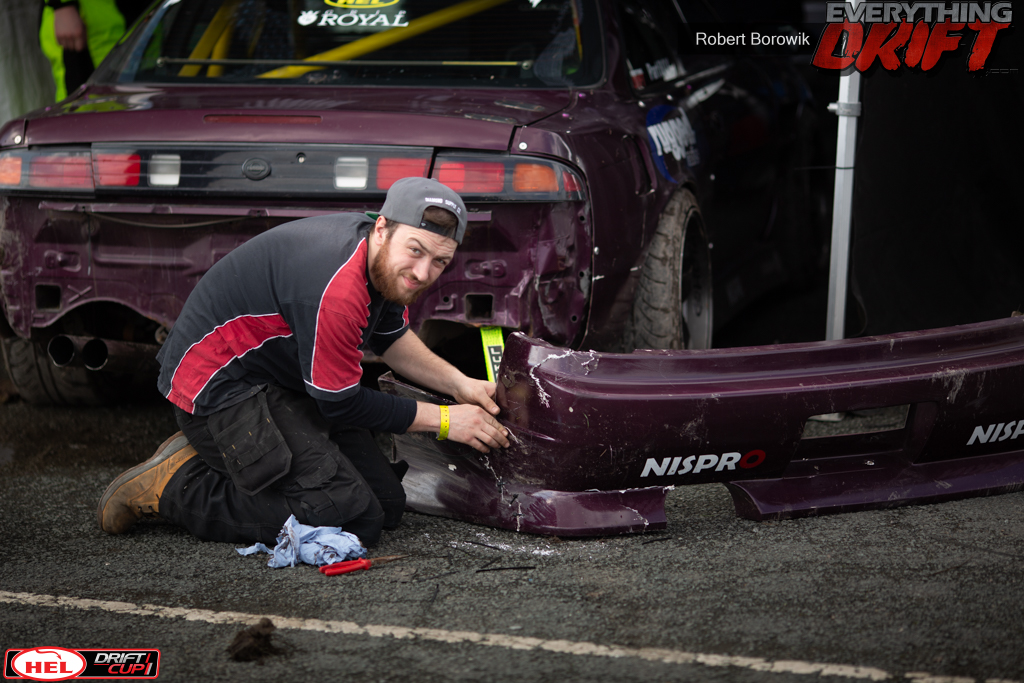 After the incident of the previous day behind me we arrived at the track on Sunday morning and realised rain was forecast during qualifying. The decision was made to swap the part worn Zestino tyres over to the brand new ones. 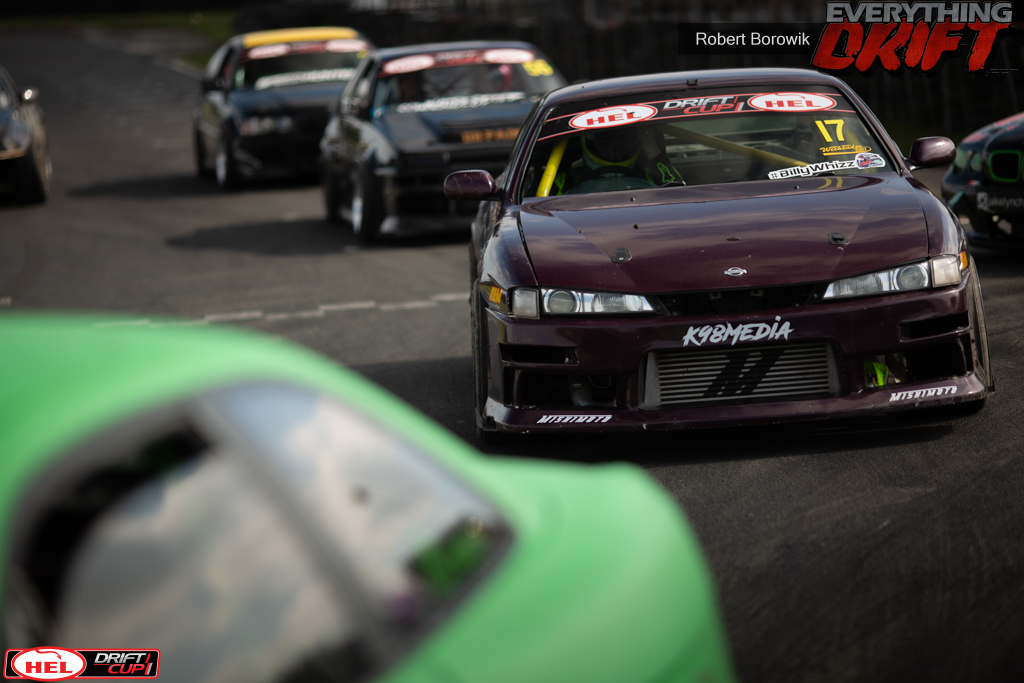 If it wasn’t for the forecast rain I would’ve been more than able to use the part worn hard compound tyres for qualifying, their grip level was still like they were brand new! As qualifying started, so did the rain. The track transformed from a grippy fast surface to one that caused a lot of problems for those drivers before me. 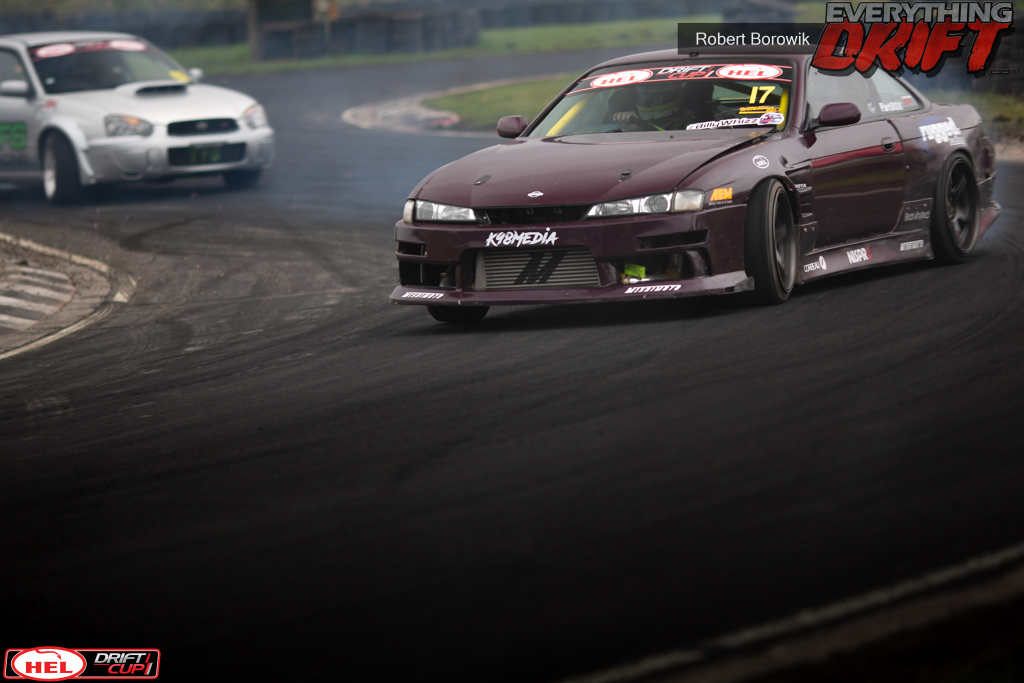 My first run was all or nothing. I dropped pressures to compensate for the lack of grip but on entry the hydro lost pressure! I tried to correct the line without the hydro but it was all in vain. No score on the board for that run. 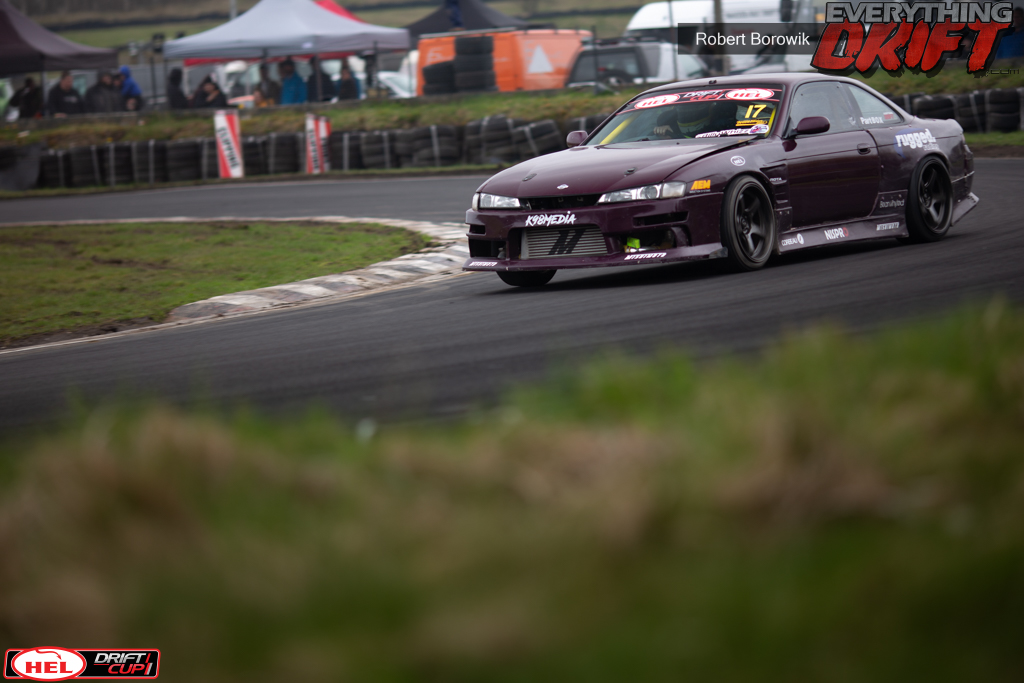 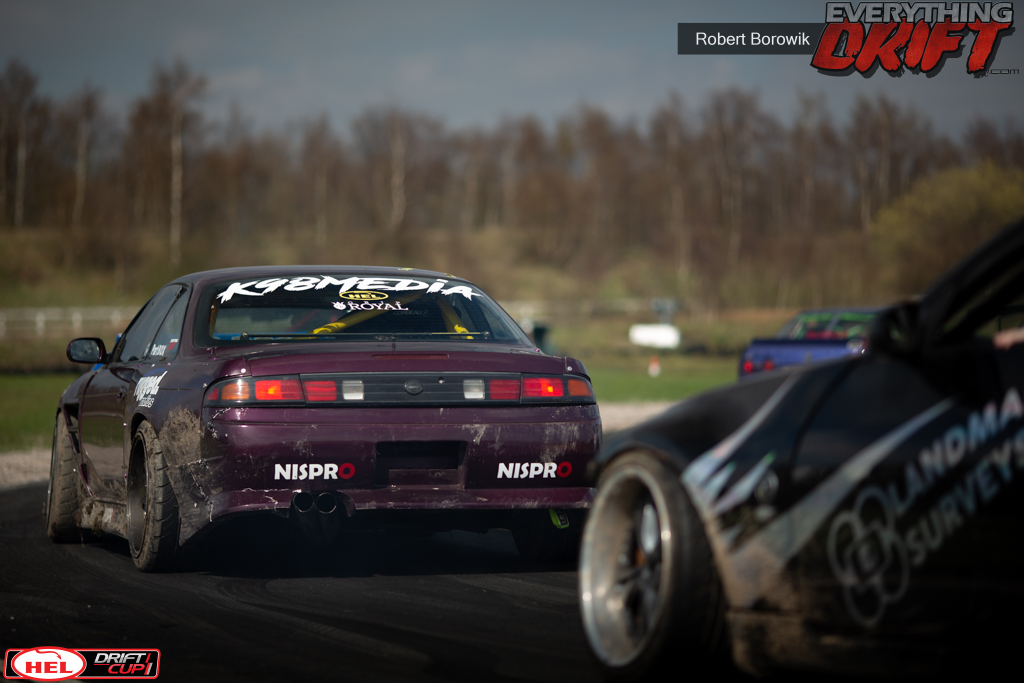 A 26 score saw the end of the weekend for me. It was a very eventful weekend, however when the unexpected happens, the people you don’t expect come to your aid. I can’t thank Luke Conte and his team enough for the amount of help and guidance they provided. 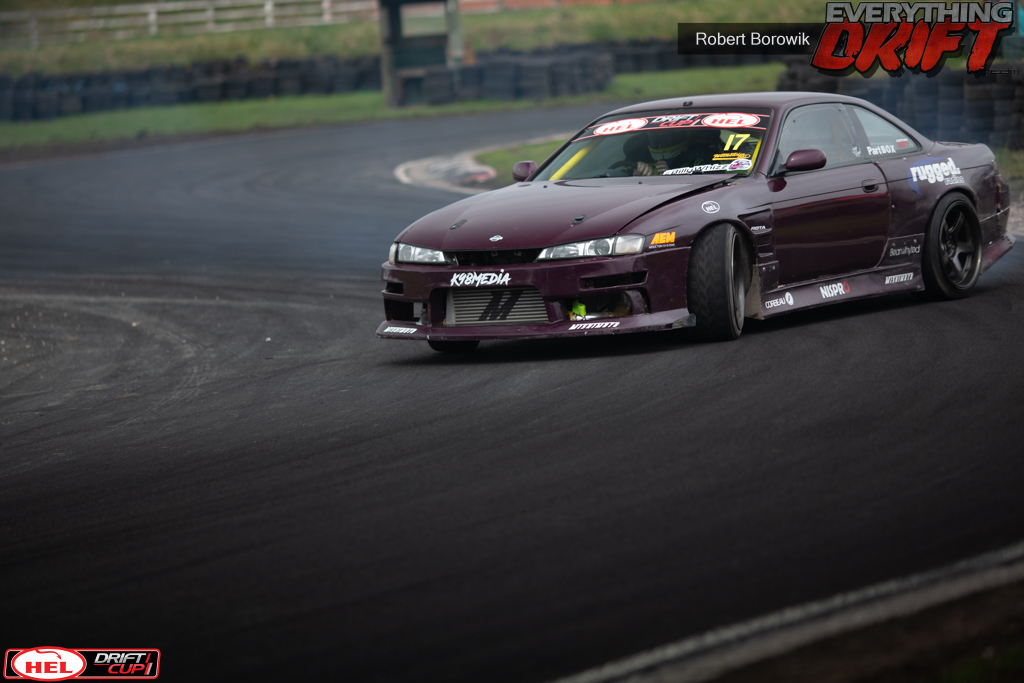 Lessons learned that will help push me forward ready for Rockingham this coming weekend, thanks to everyone that supported me at this round including all of my friends and family, Luke Conte and his crew, Havok Performance, Rugged Radios, Nispro Performance, Corbeau Seats, HEL Performance, AEM Intakes, PartBox.com, Mishimoto, Rota Wheels UK, K98 Media & Bean Vinyled. 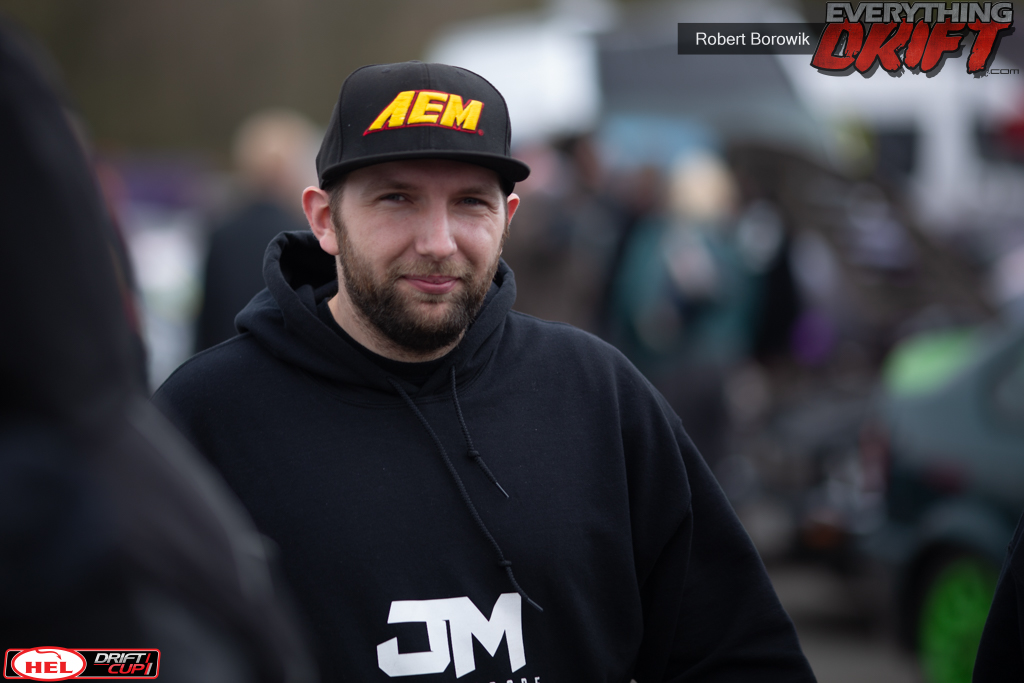 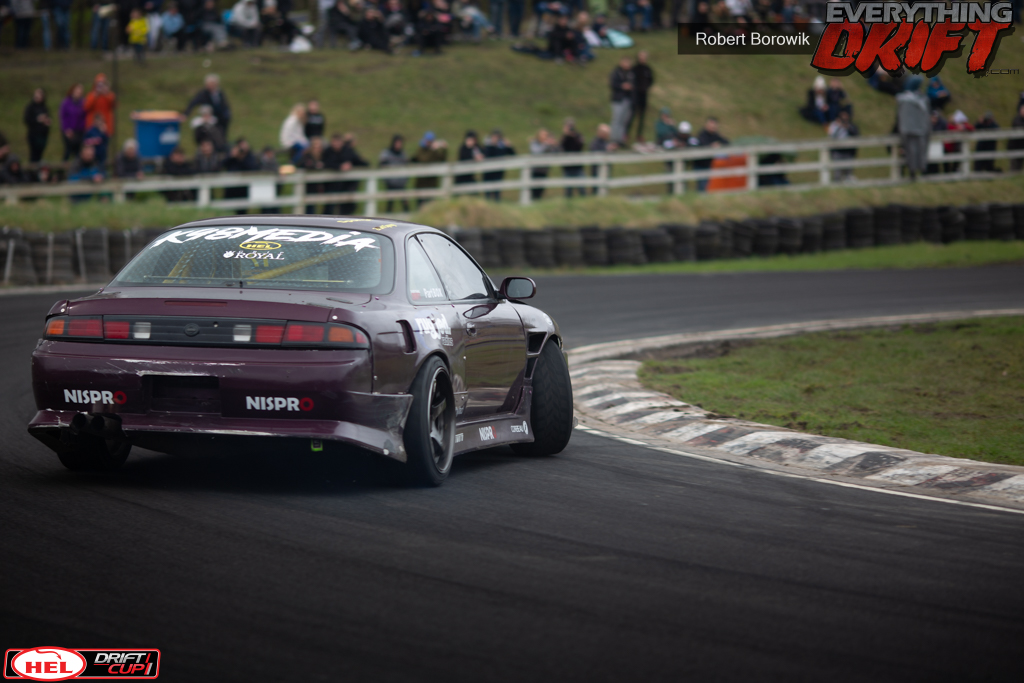