Round 2 of Driftcup 2018 saw us return to the Three Sisters Race Circuit in Wigan for the first time in a couple of years, and how I’ve missed this track! 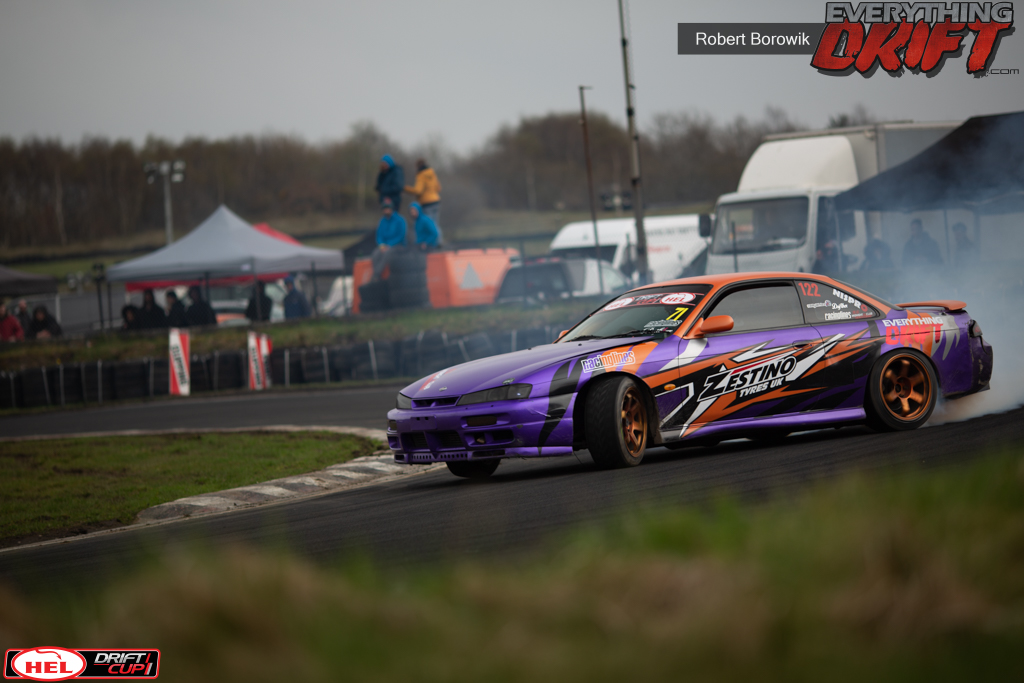 It was set to be a thriller and the weekend certainly didn’t disappoint. Once again we was lucky enough to have a Saturday practice day to learn the track layout and I took full advantage of this to set the car up ready for competition on Sunday. 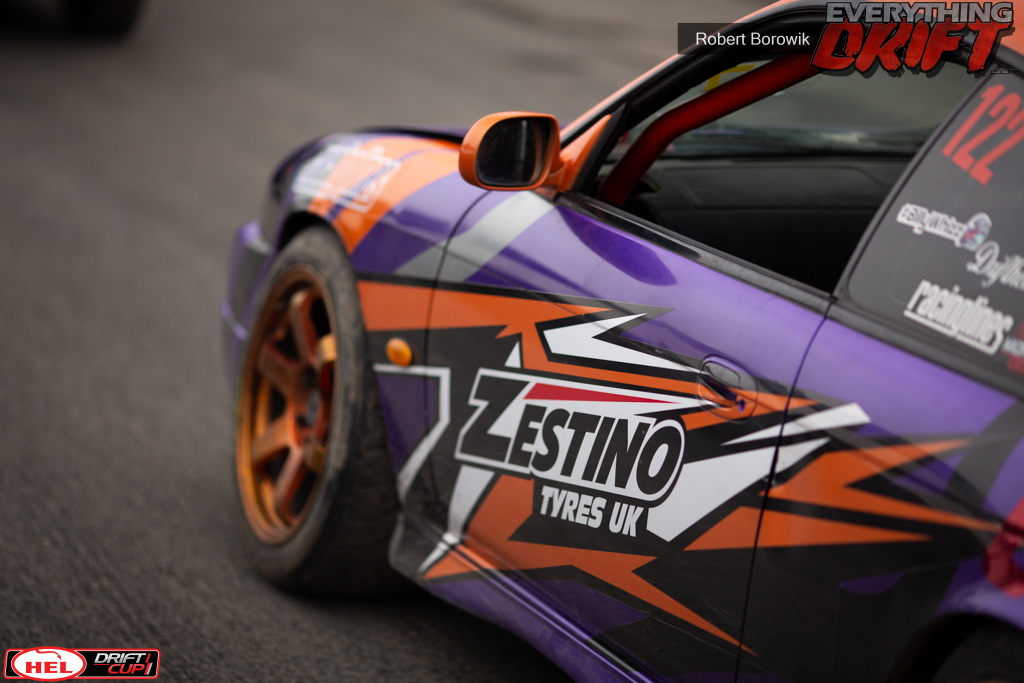 All day was spent pushing the limits and dialing in the setup, trying to perfect the line. I went a bit to far and had a big off as I crossed the finish line with 3 360 spins down the grass, earning myself the new nickname of “The Gardener”. 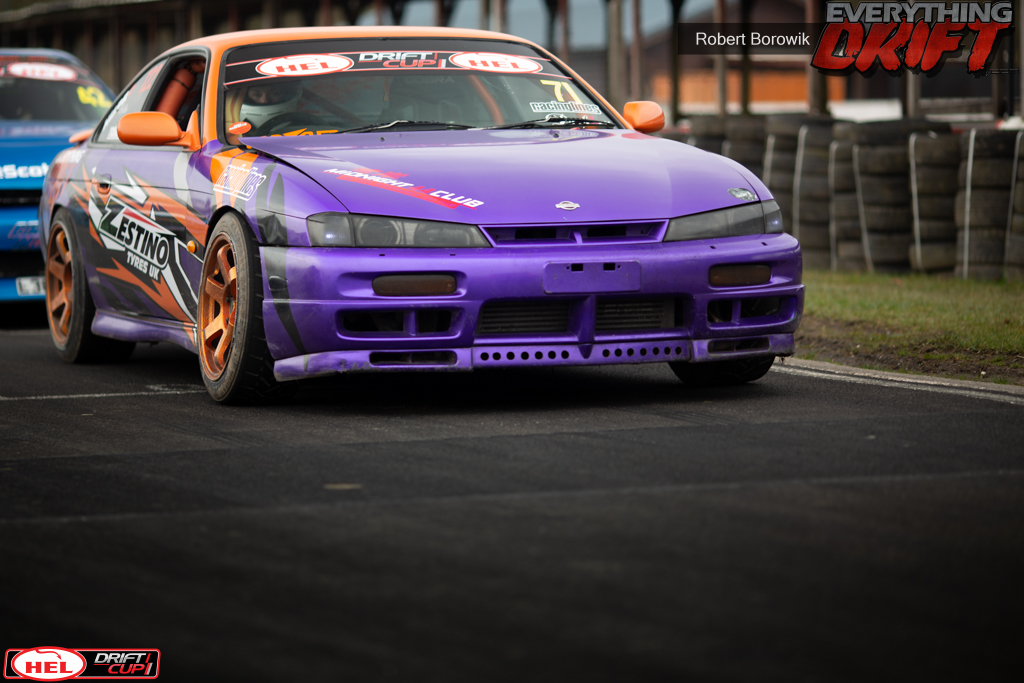 Luckily there was no damage to anything other than the grass on the track so after helping sweep the track and clean up the mess I headed back out for more practice. 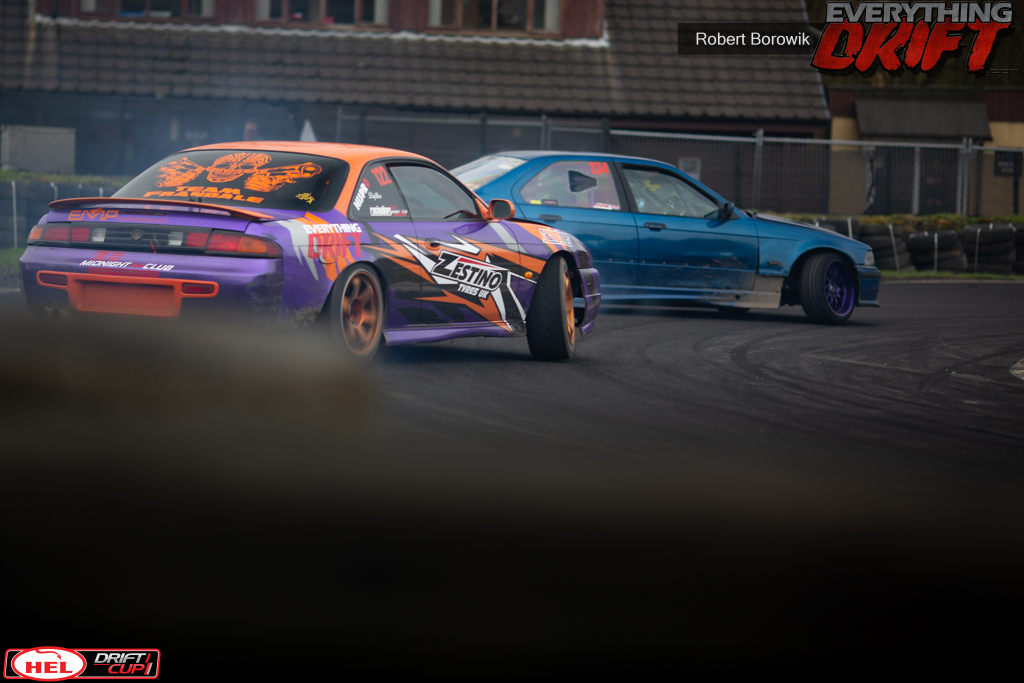 Then came the dilemma as during the final stages of the day we managed to destroy the clutch plate on the car putting an early end to the day. It was all on deck from my normal pit crew, along with my team mate Aidan Clarence and some of the guys from one of my sponsors EMP Performance. 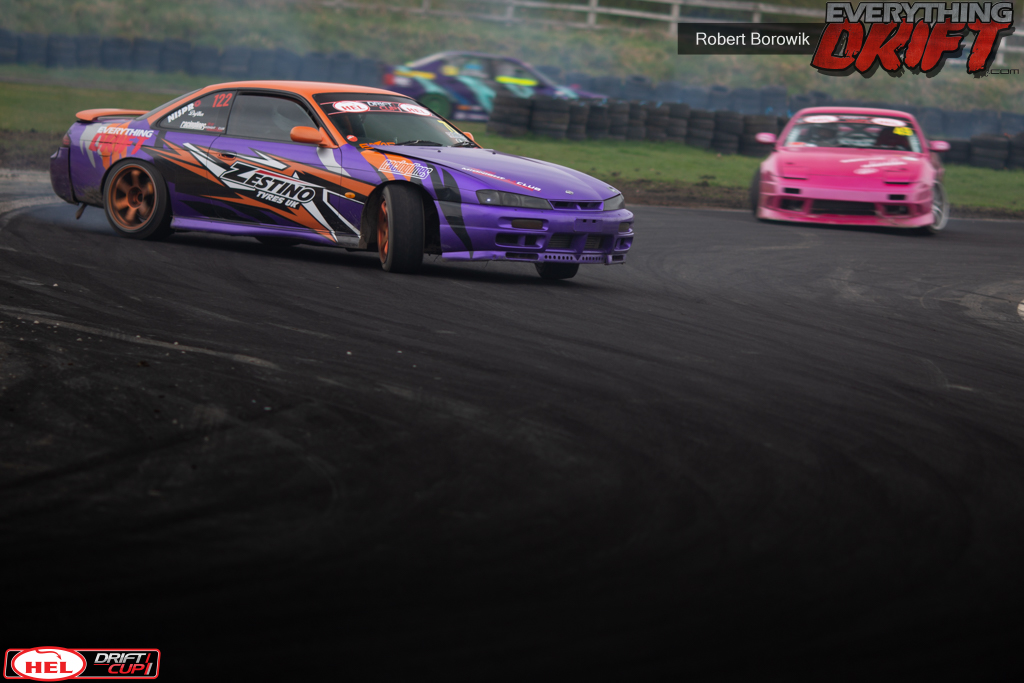 The gearbox and clutch were out in record time ready to replace the new clutch which the guys from slide motorsport brought down to the track for me that evening. After some bedding in through the night the car was ready to roll again for Sunday. I can’t thank everyone enough for their support and getting me back on track in time for the next day. 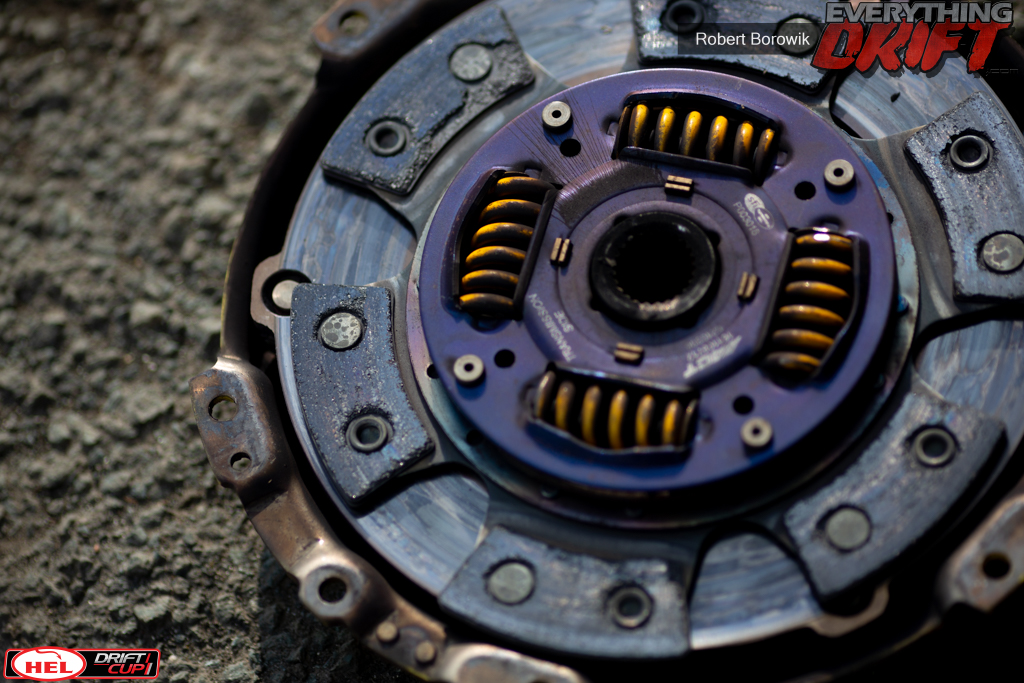 Sunday soon rolled up and in the morning we had a couple of hours to practice or in my case get used to the new clutch. 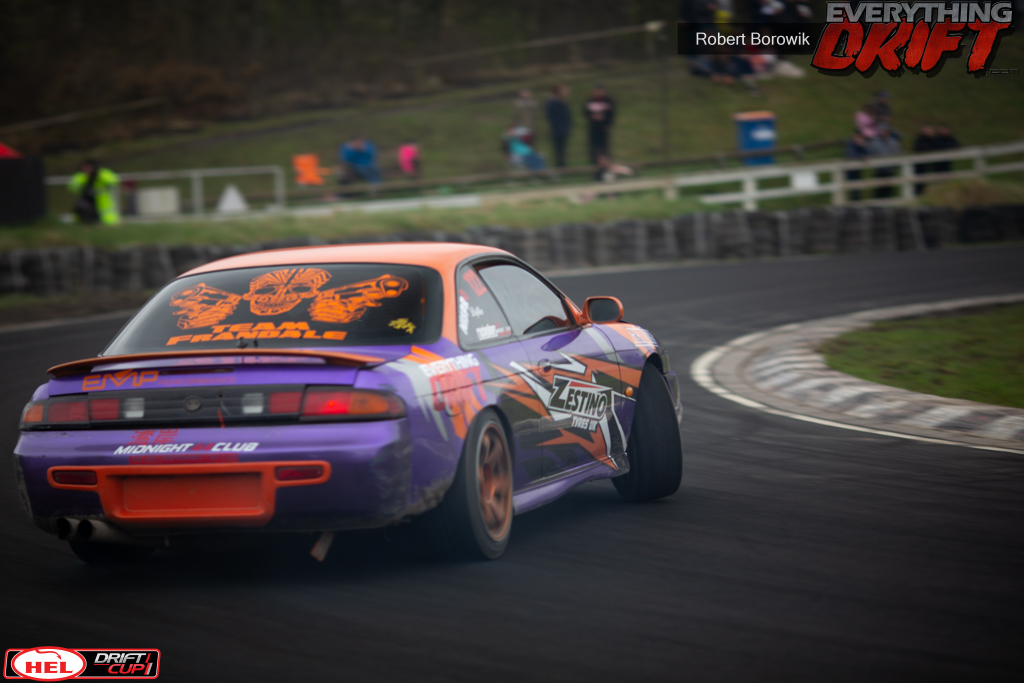 All the hard work yesterday and this morning paid off as managed qualify in 19th place, which meant I was in to the battles! 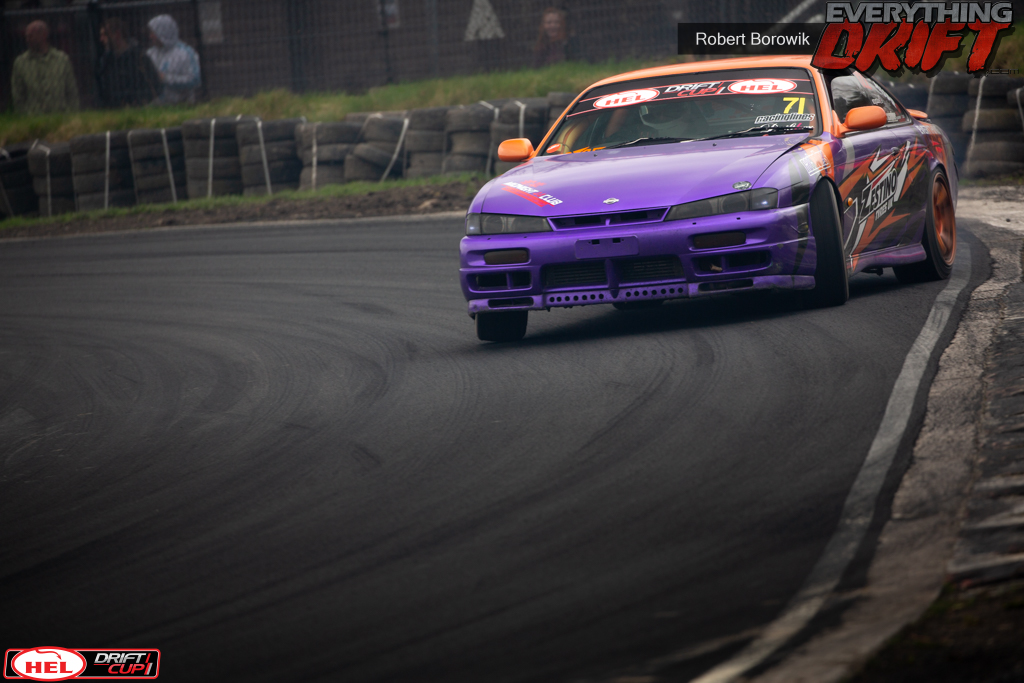 My first battle was against slide motorsport driver Lozza Hinks in her more door Skyline R32. As she had qualified higher than myself she got to lead the first run, which was going well for both of us until her 3rd gear gave way on the last corner right in front of me leading to some very small contact but not really causing any damage. 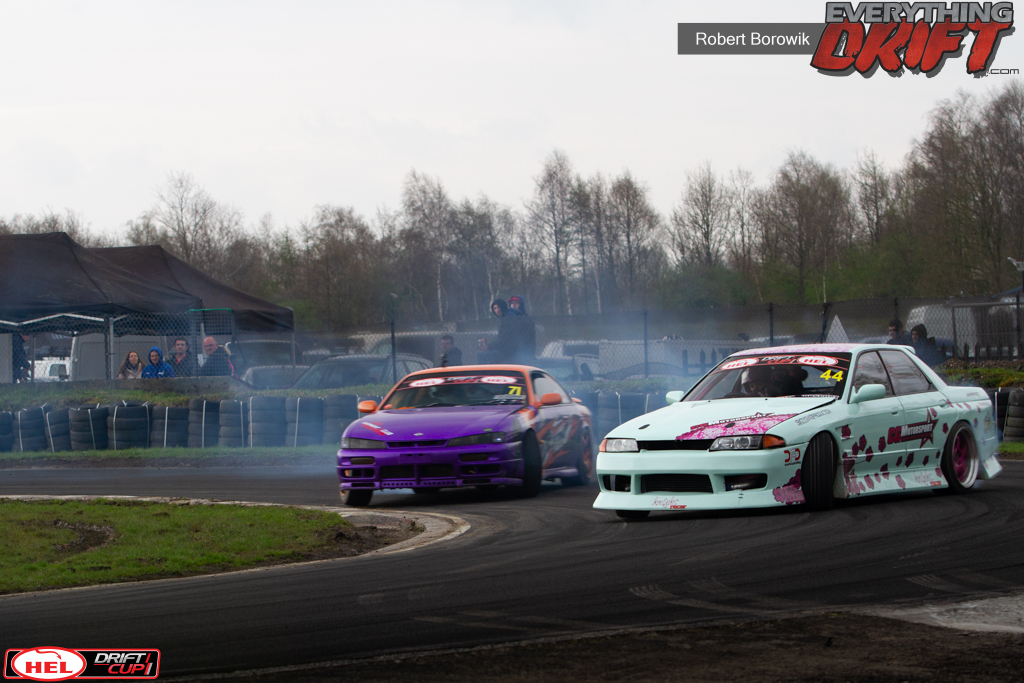 Fair play to Lozza as she didn’t pull out from a final run chasing me and she gave it her all, unfortunately it just wasn’t to be for her and I won the battle going through to the Top 16. 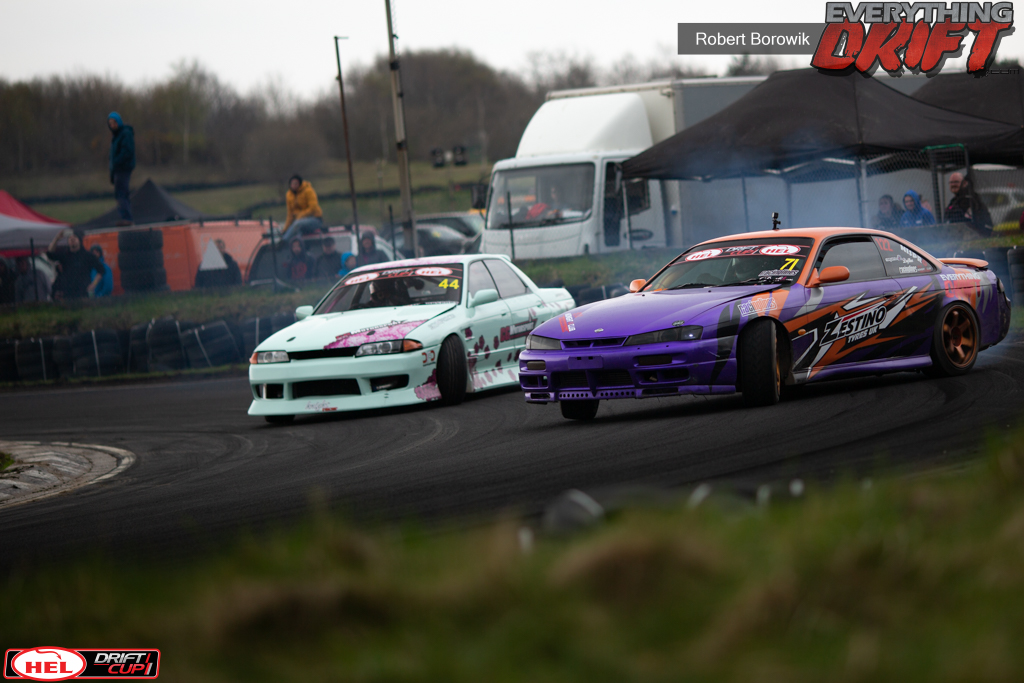 My next battle was against Stu Jones in a borrowed skyline from Scott Cartledge. We lined up and was ready to roll, I felt pretty confident although it was going to be a close battle. Then it all changed, the heavens opened and the track went from grip to an ice rink in a matter of seconds! 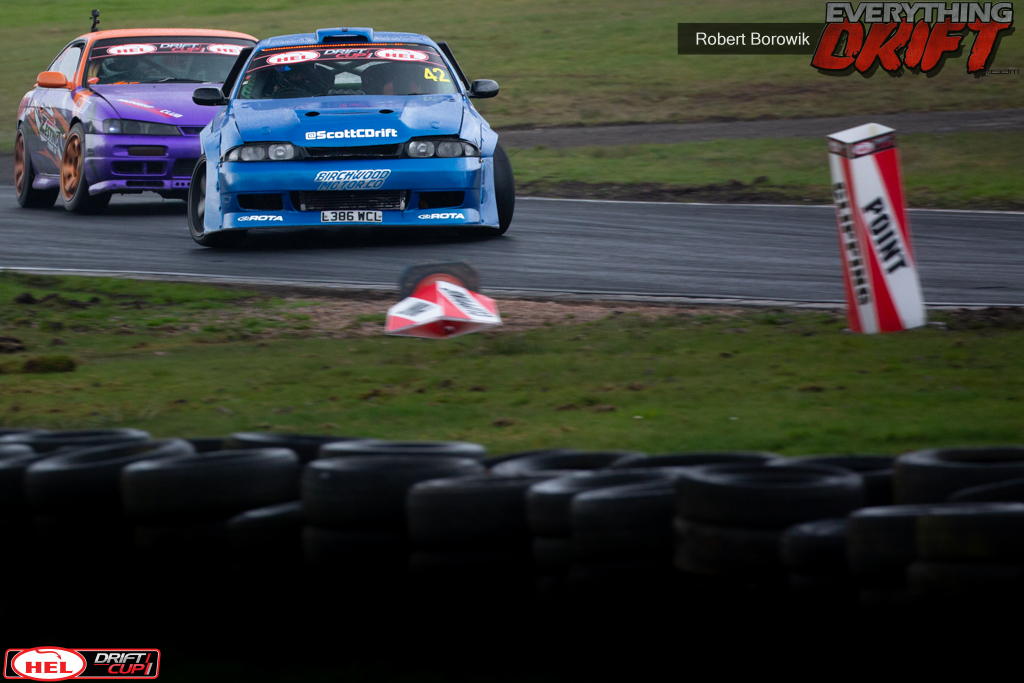 Again Stu had qualified higher than me so he got to lead first, I followed him into the first corner and we was both very tentative but we managed to run a good line although slightly slower 1st run. 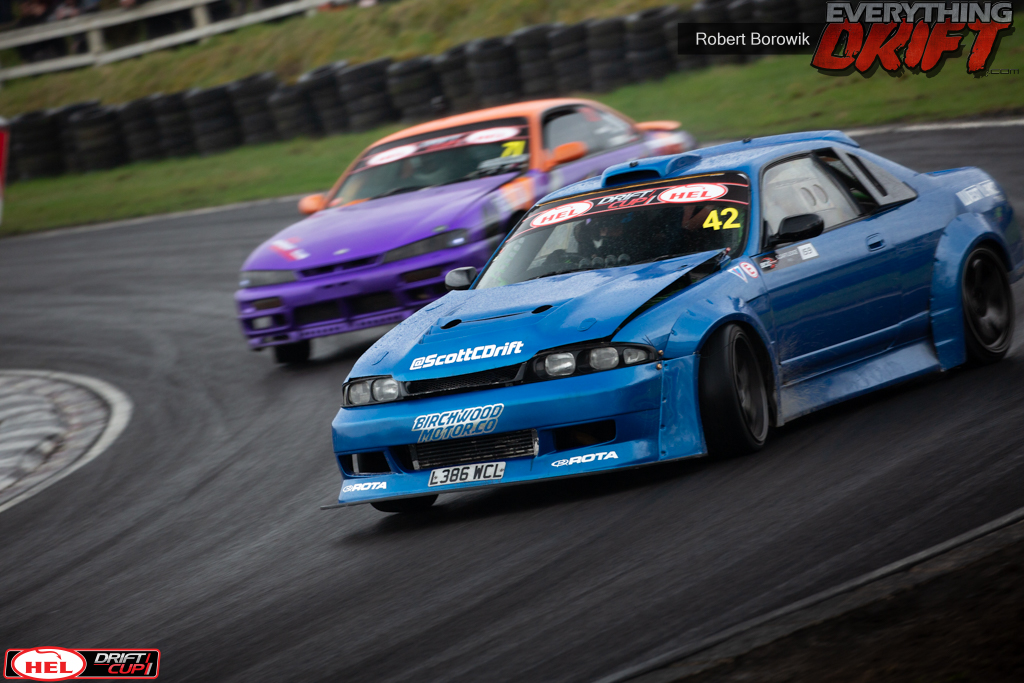 I thought that the scores would be pretty close from that run so I knew I had it all to do on my lead run. I fired it into the first corner, a little too hot, and reinforced my new nickname, ending up going a little too wide and spinning onto the grass, giving the battle away to Stu. 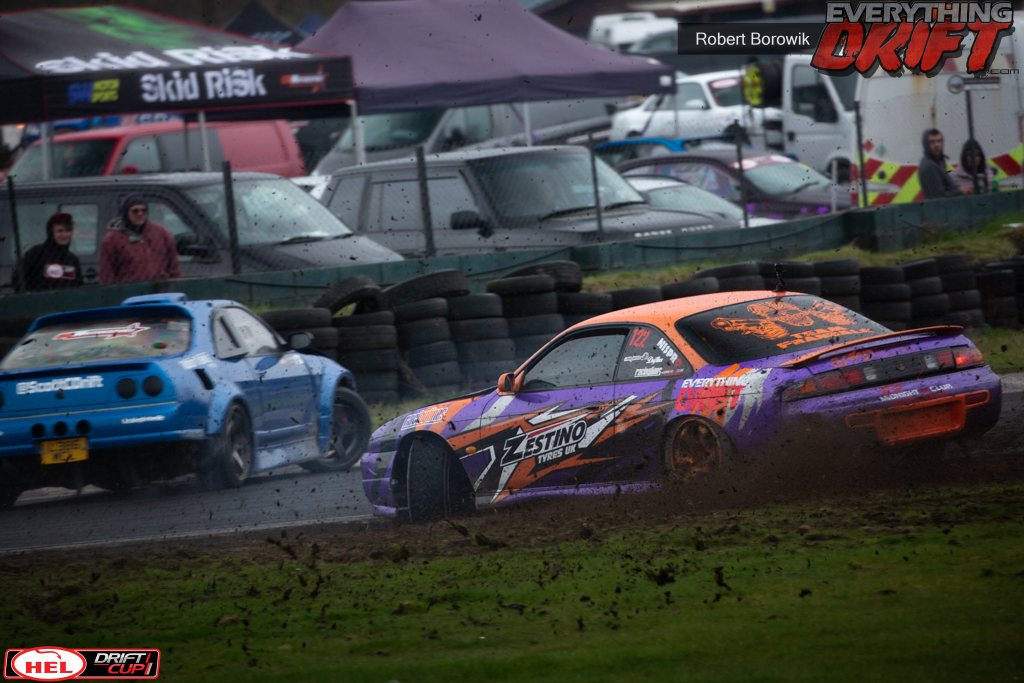 I ended up finishing the weekend in 15th overall, I left happy with that result as I have some points on the championship leaderboard. I’m now currently in joint 10th place so hopefully I can continue to improve at each round and finish the year in a strong position. 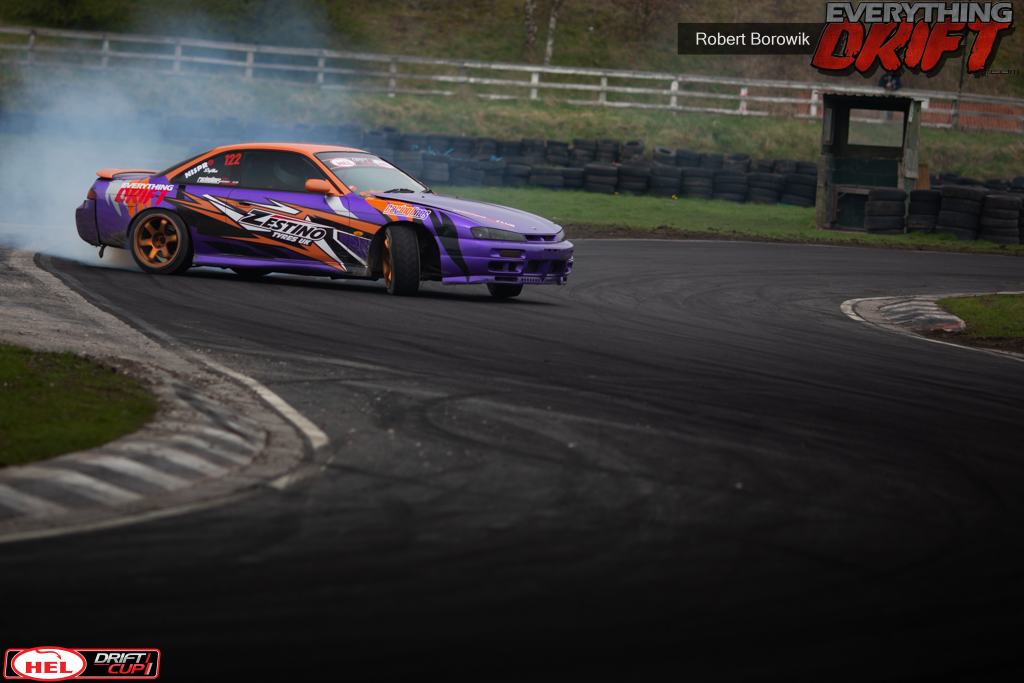 Finally I would like to say a huge thank you to everyone who helped out this weekend and to all my fans followers and sponsors for their continued support including Zestino Tyres, EverythingDrift.com, Drifther Clothing, Team Frandale, RacingLines, Nispro Performance, EMP Performance, Deep Shine Valeting & EBC Brakes. See you all again at Round 3 of the HEL Performance Driftcup at Rockingham Motor Speedway on June 17th. 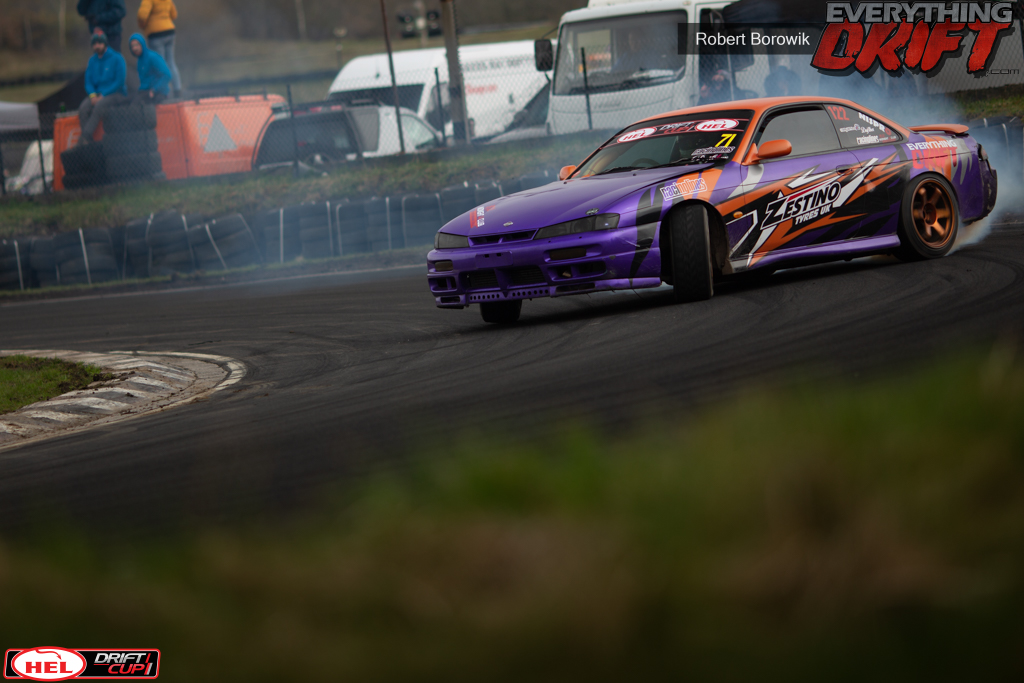